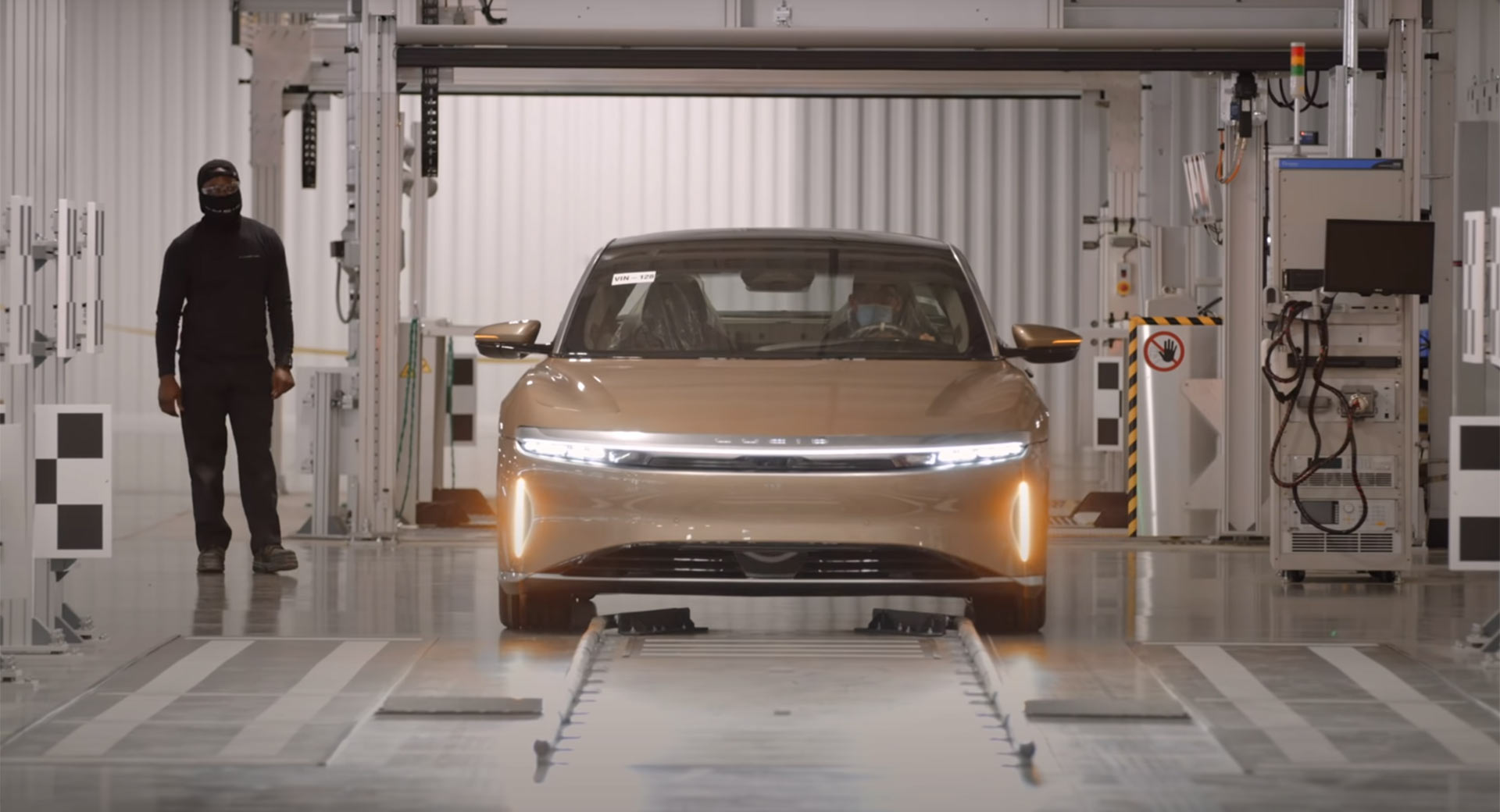 Lucid Motors has released an intriguing video detailing the production processes that go into the creation of each and every example of the all-electric Air sedan.

The electric car startup is building the Air at its AMP-1 (Advanced Manufacturing Plant) in Casa Grande, Arizona. The first phase of construction at this site was completed in November 2020 and as it stands, the assembly lines handle six jobs per hour, or 34,000 units annually.

Read Also: COVID-19 Causes Lucid To Push Production Of The Air To Second Half Of 2021

This latest clip released by the car manufacturer details various different stages of the Air’s creation. We see how Lucid’s skilled plant workers assemble large portions of the car by hand, including the fitment of the interior and the mating of the body and the drivetrain. The final few seconds of the video show the car receiving its final quality control checks before being given the thumbs up.

This year has proven to be a busy one for the car manufacturer, largely because it went public through a merger with special purpose acquisition company Churchill Capital IV.

Deliveries of the flagship Lucid Air Dream Edition were originally scheduled for the second-quarter of the year but it has since been pushed back until the second half of the year. Those wanting to secure the keys to an Air Dream Edition needed to part ways with $169,000 before the $7,500 federal EV tax credit but reservations for this variant were recently closed after its allocation was exhausted.