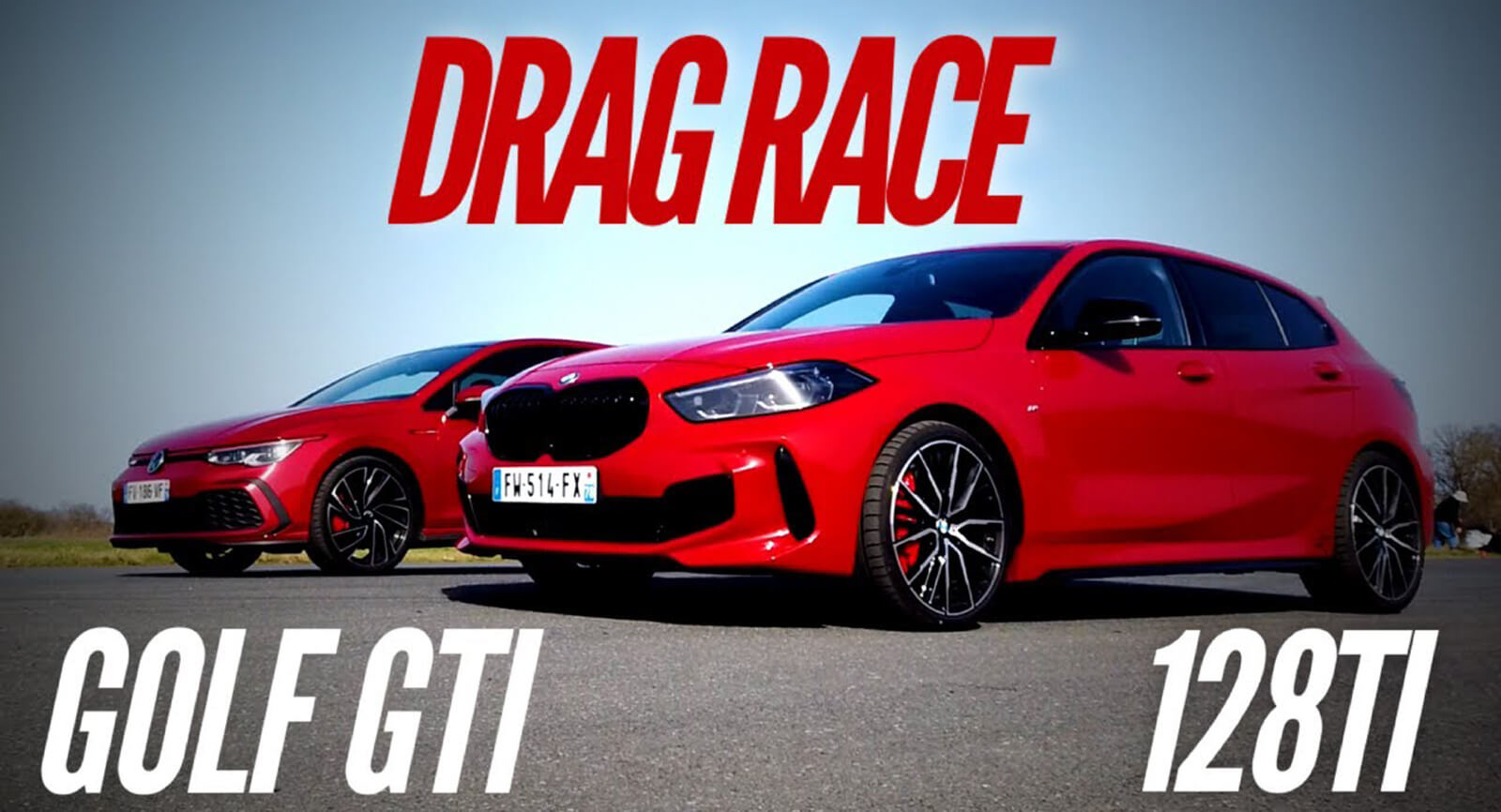 The market for front-wheel drive hot hatchbacks has never been this vast. You have all sorts of newcomers, such as the Hyundai i30 N and BMW 128ti, in addition to the more-known VW Golf GTI, Renault Megane RS, Ford Focus ST, and Honda Civic Type R.

With a very long tradition that dates back to the 1970s, the Golf GTI is one of the most popular cars in the segment. But how does it fare against one of the new kids on the block, the sporty 1-Series? The answer comes from MotorsportMagazine, who hosted a 1,000-meter (0.62-mile) drag race between the two that answers this question.

Now, before finding out whether the Bimmer has what it takes to make a stand against the latest-gen Golf GTI, let’s see what the official spec sheets have to say; the BMW 128ti offers 261 HP and 295 lb-ft (400 Nm) of torque produced by a 2.0-liter turbocharged four-cylinder engine. It works in conjunction with a standard eight-speed automatic transmission for a 0-62 mph (0-100 km/h) of 6.1 seconds and a 155 mph (250 km/h) electronically limited top speed.

The Volkswagen is also powered by a turbocharged 2.0-liter four-cylinder engine, but it is slightly less powerful. The Golf GTI’s engine produces 242 HP and 273 lb-ft (370 Nm) of torque channeled to the front axle via a six-speed manual or a seven-speed automatic transmission, allowing it to hit 62 mph (100 km/h) in 6.3 seconds and an identical maximum speed.

Now head on down to see the result of this drag race.