The covers have come off Toyota’s half of the GR 86/BRZ pairing, and to no one’s surprise it looks barely any different to the Subaru. As with the previous generation twins, the 2021 cars aren’t identical, but the changes are small.

We’ll go through them to help you tell them apart and decide which looks best, before considering whether Subaru could, and should, have done more to create stronger individual characters for their cars. 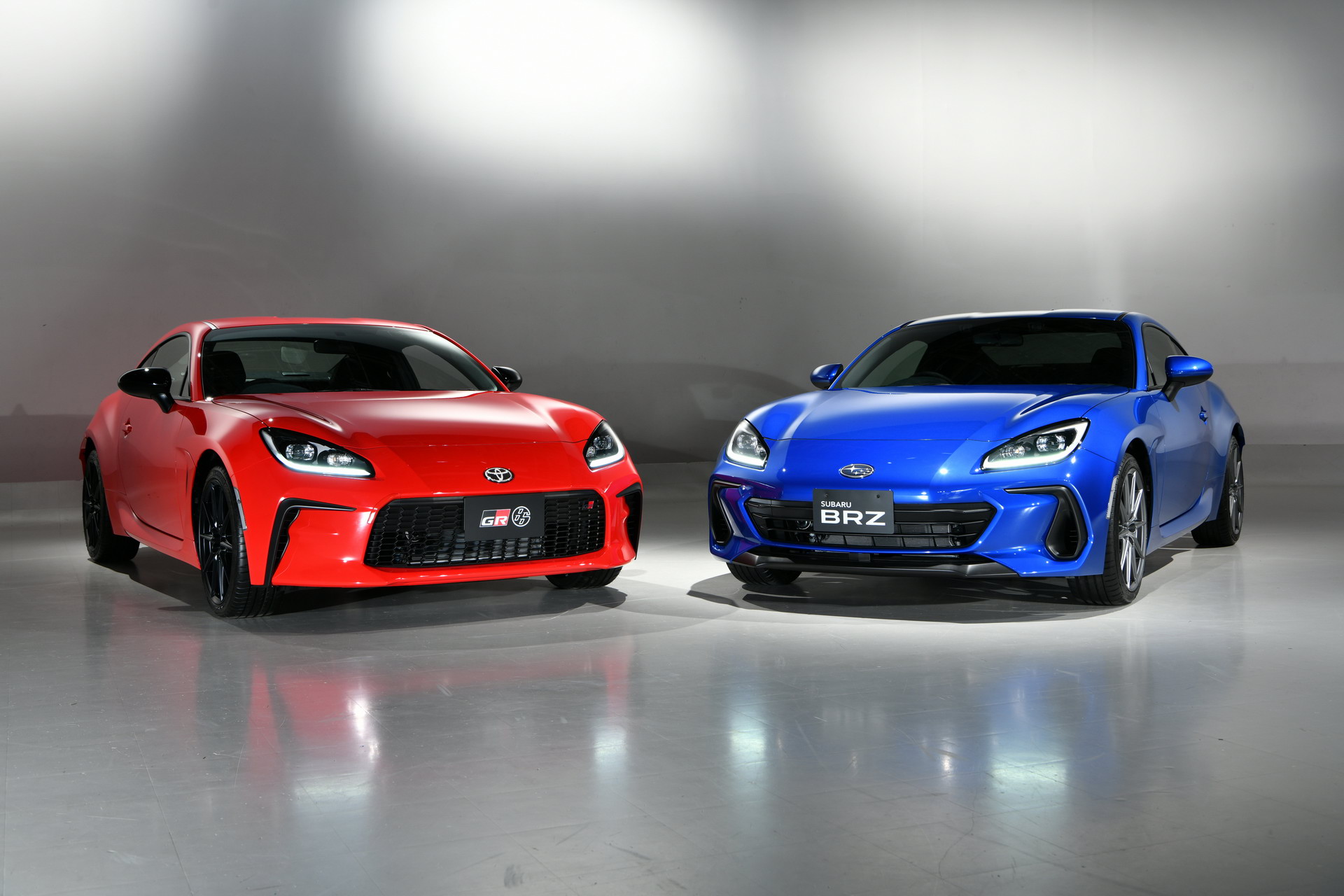 Unlike cars such as the Volkswagen Golf and Audi A3, or Porsche Taycan and Audi e-tron GT that share a common platform and multiple components, but feature unique sheetmetal and interior forms, the GR 86 and BRZ are fundamentally the same cars. 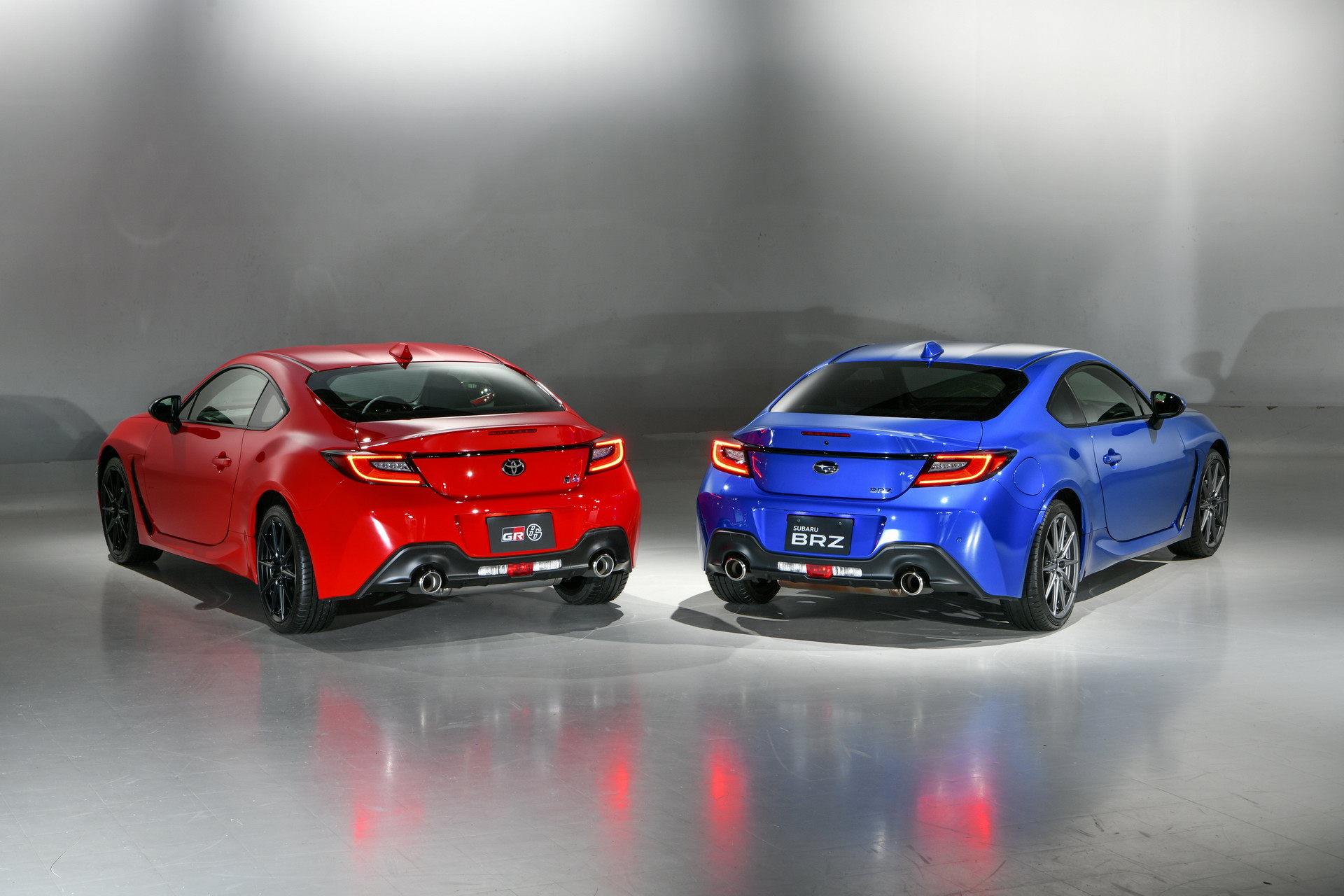 They ride on the same 18-in wheels, the same 101.4in wheelbase, and their unibody structures are the same. And years down the line, when someone backs into your GR 86 you’ll be able to go to a junkyard and pick up a door from a BRZ and find that it bolts straight on.

Telling them apart means being able to spot the detail differences. There are the different badges, of course – the company badge at the center of the nose and tail, and the model name badge on the bottom right of the trunk-lid. 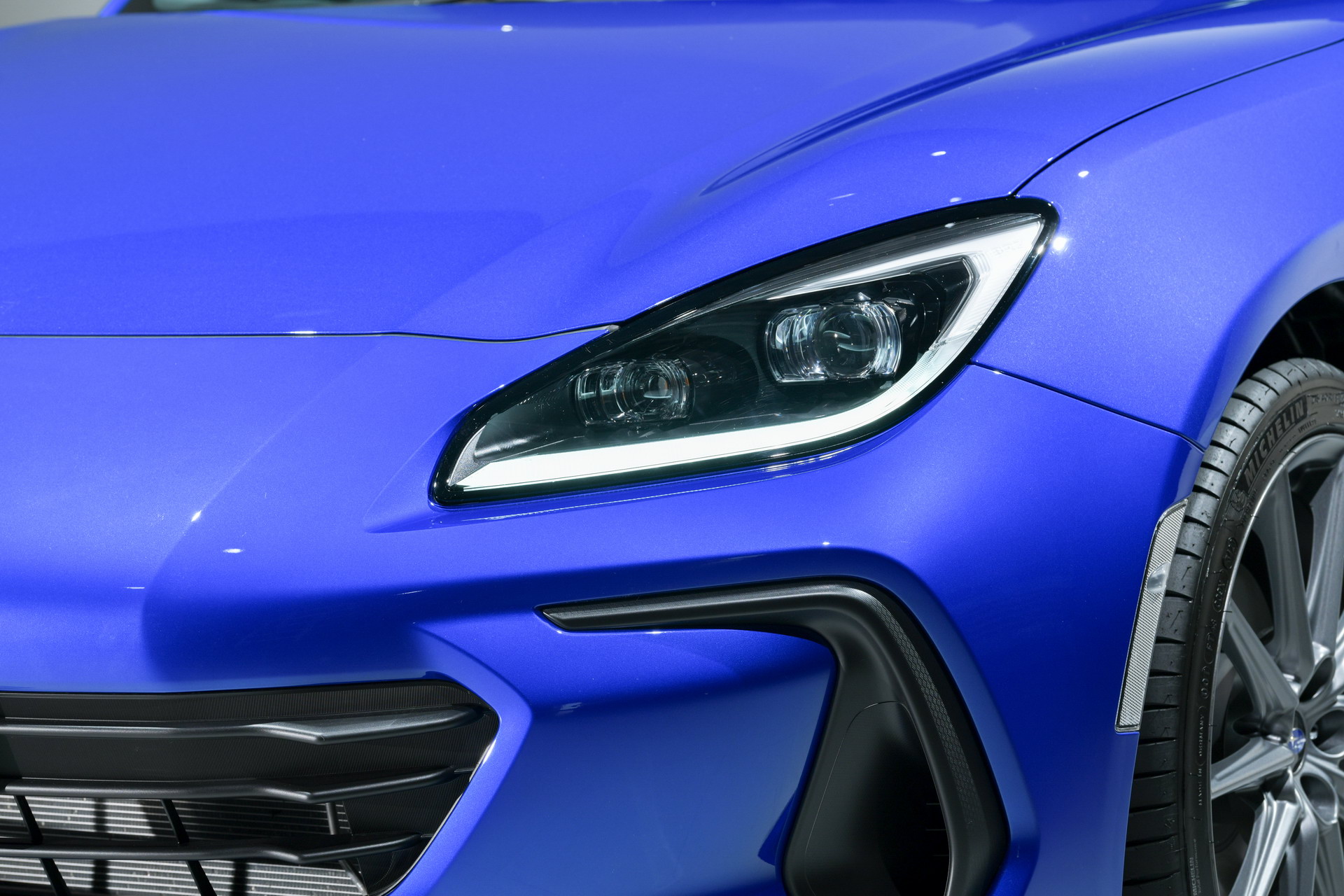 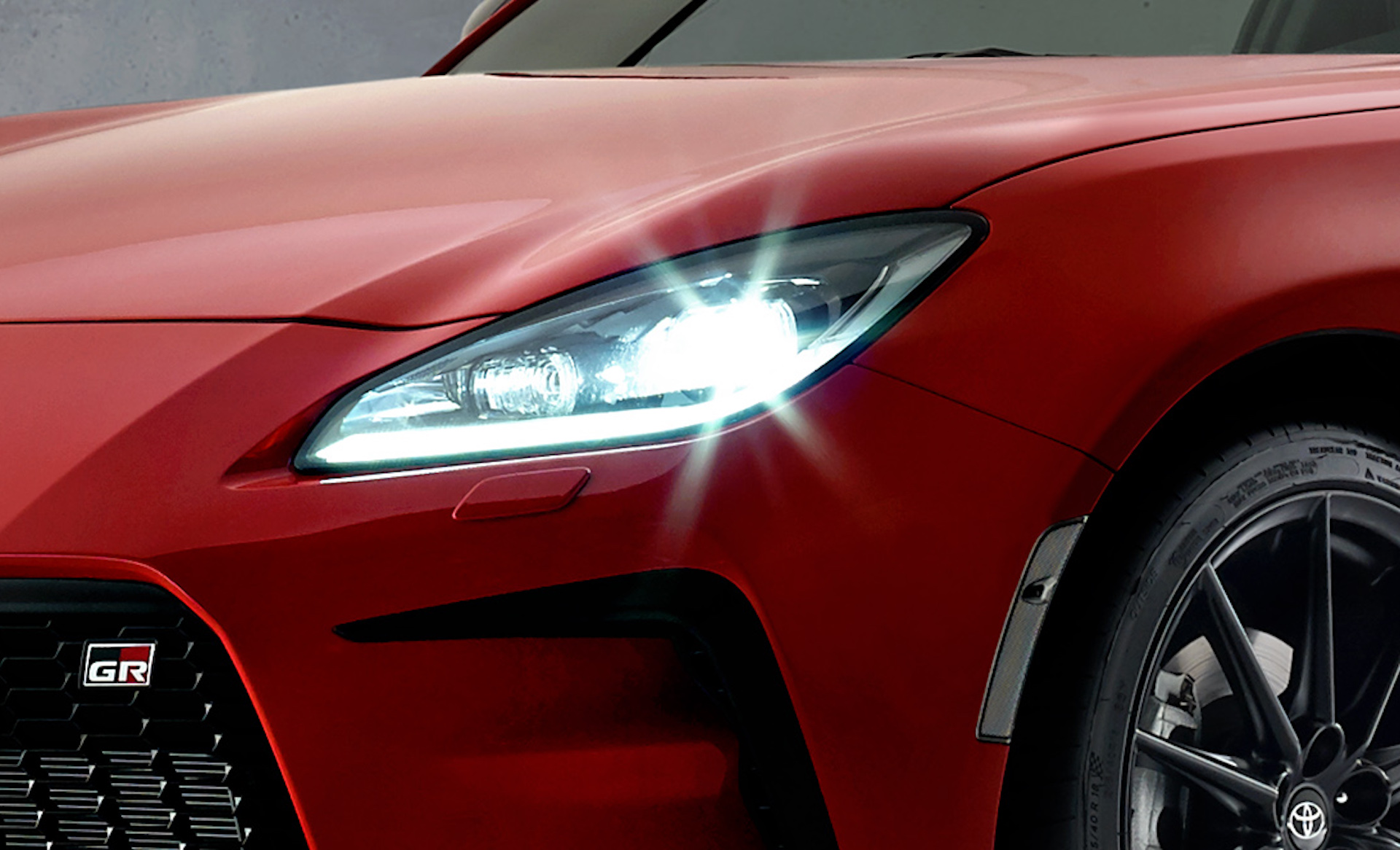 And the BRZ’s front DRLs form a near circle around the outer edge of the lamp unit, whereas the GR 86’s DRLs only occupy the bottom half of the lamp.

But, as before, the biggest external difference is in the design of the grilles. Subaru stuck to a similar shaped opening to the one on the original BRZ, but shallower this time, making it look more like the original Scion F-RS/GT86, and paired with two wide side intakes. 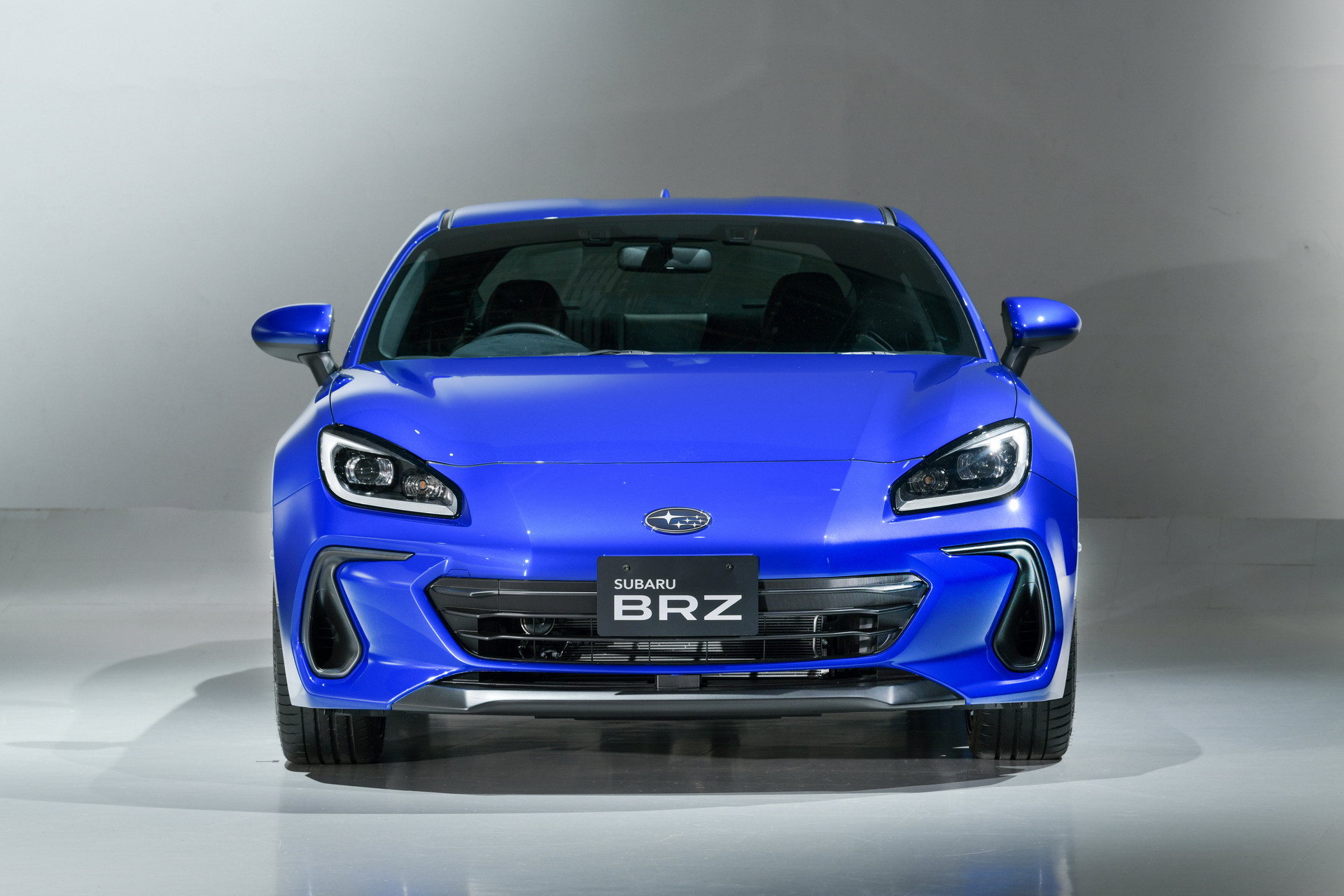 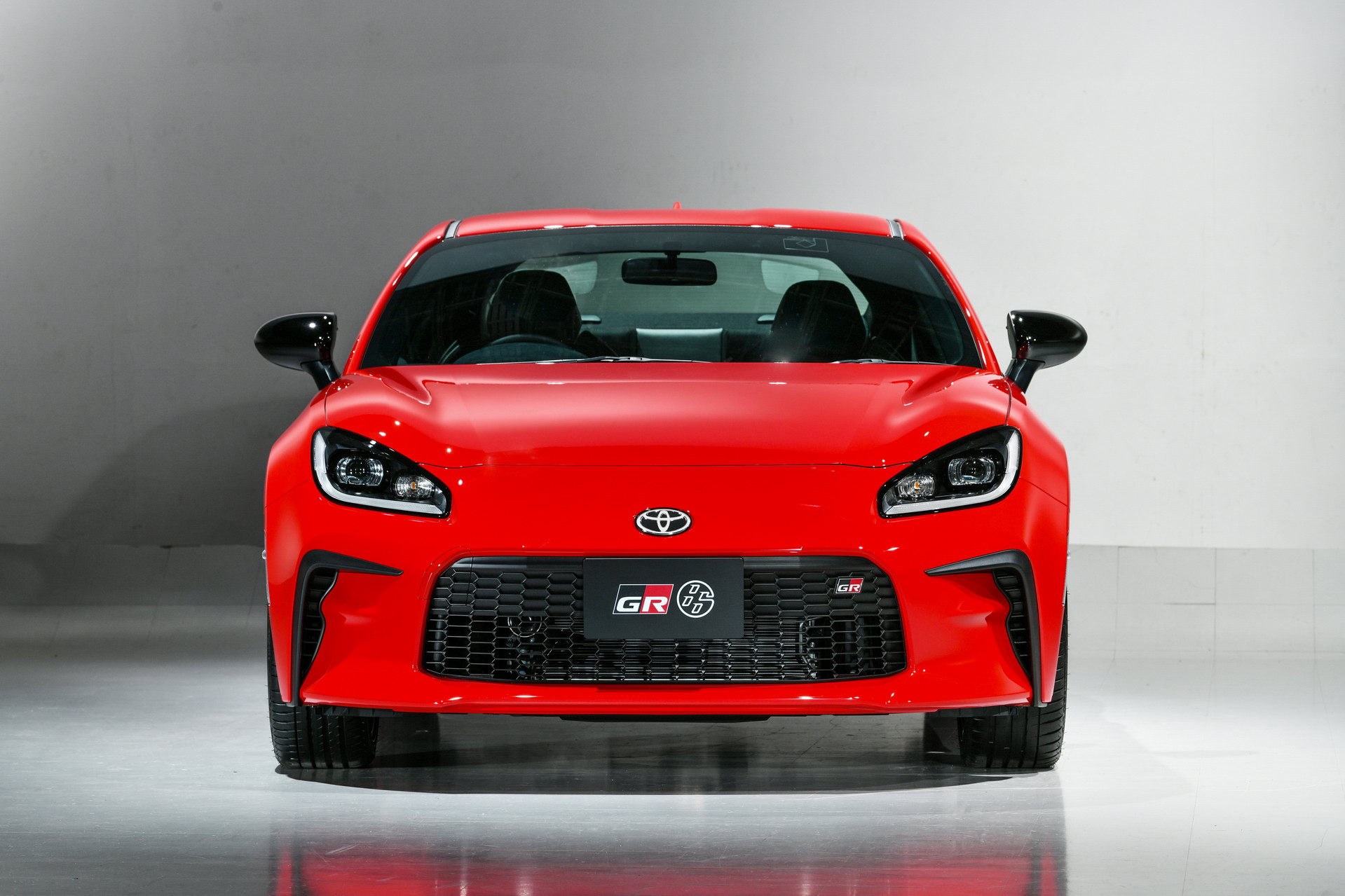 Toyota, meanwhile, has gone the other way, making the GR’s grille taller and squarer, and matching it with slimmer lateral scoops. It says the “Functional Matrix” grille is inspired by the one on the GR Yaris, but we can’t help thinking it makes Toyota’s new sports car look rather like Nissan’s new Z.

From what we can see, there are even fewer differences inside. The dashboard architecture is the same, as are the seats and steering wheel, although the GR 86’s features a Gr badge at the 6-o’clock mark, and obviously a Toyota badge in place of a Subaru one on the airbag cover. 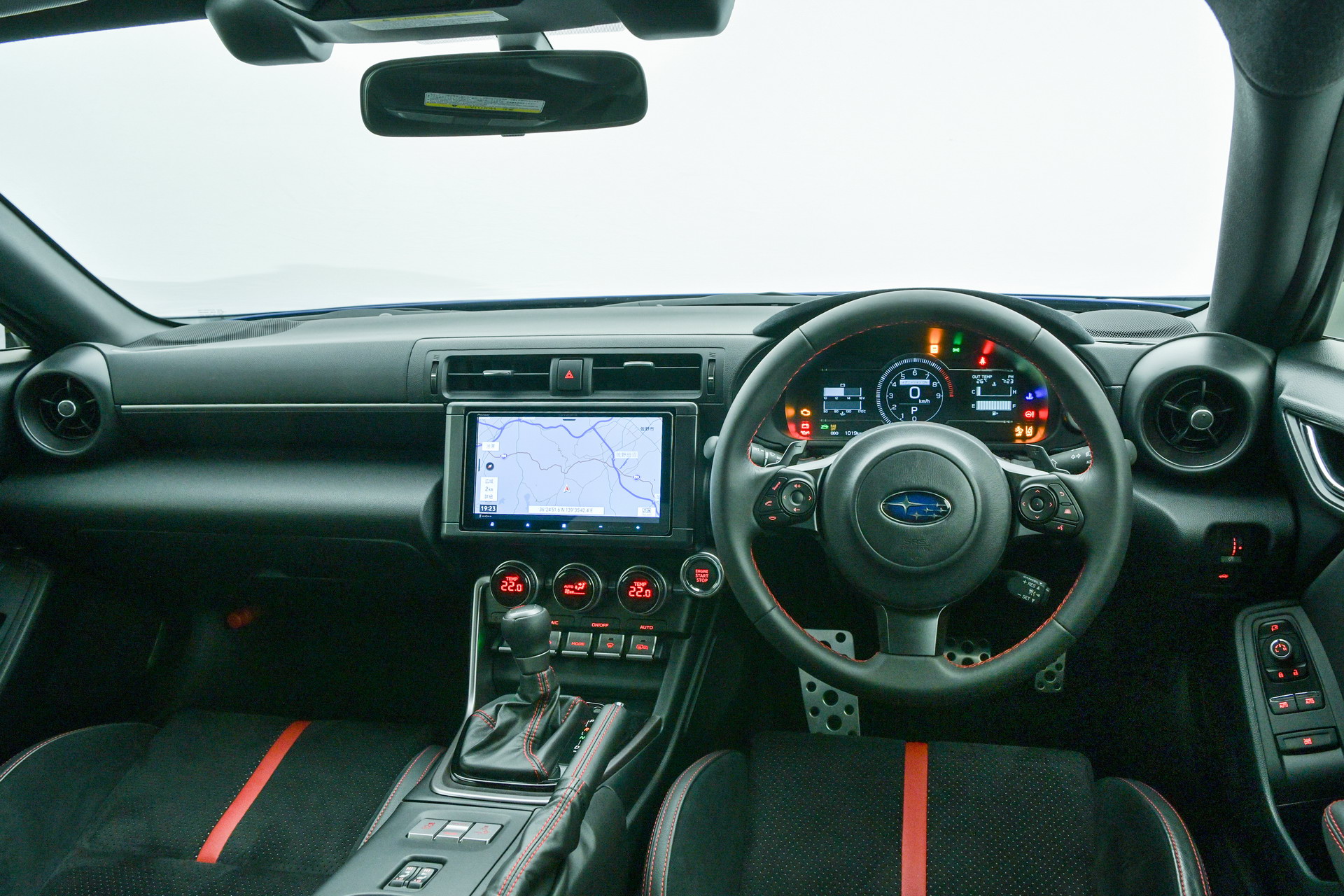 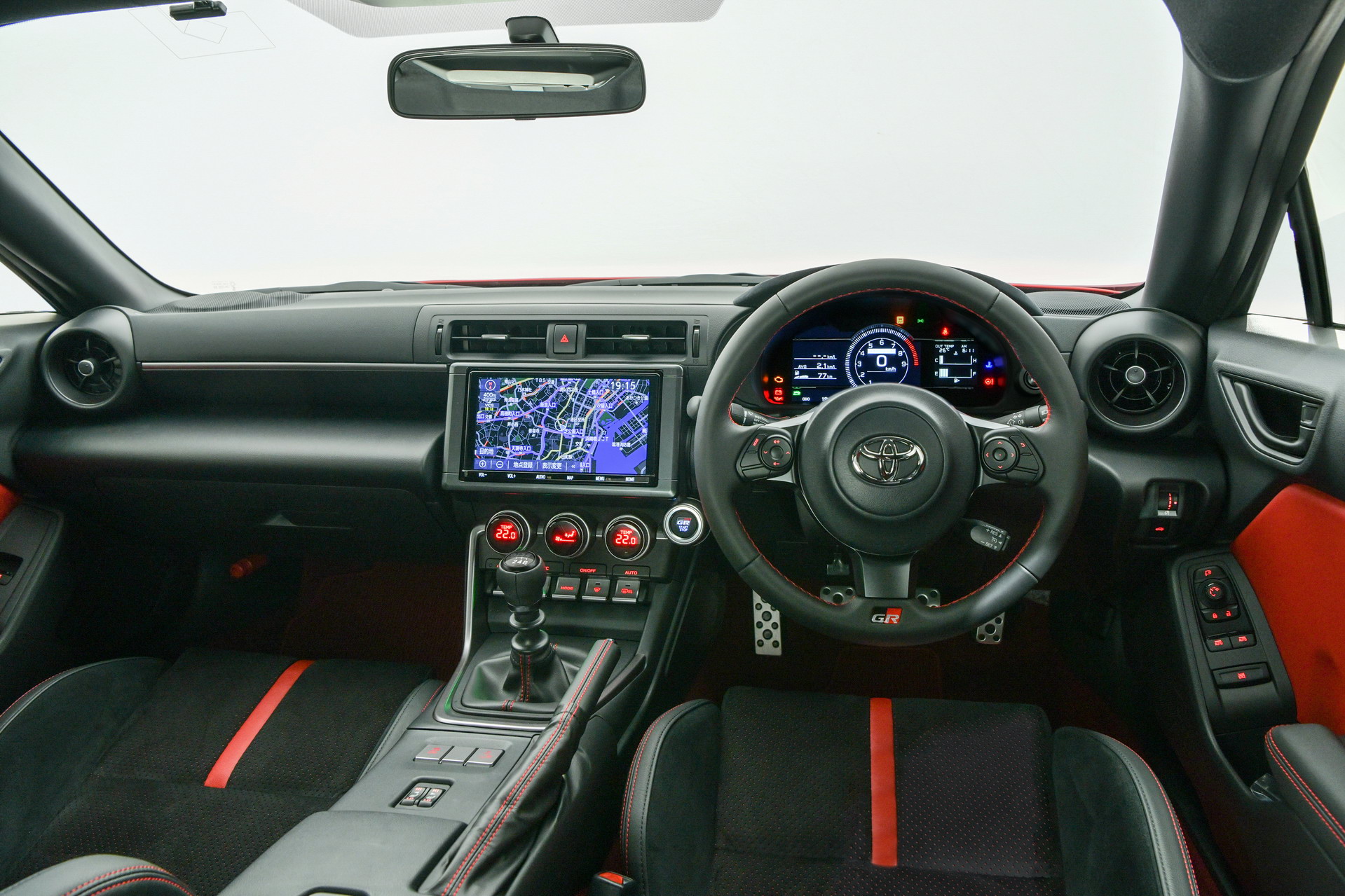 Initially, the only real point of differentiation appeared to be the infotainment systems: the GR featured a wider display with hard buttons on its lower edge, while the Subaru’s smaller display had two rotary knobs and three hard keys on either side. But the latest BRZ pics show it sporting the same kit as the 86.

There were rumours last month that Toyota was delaying the GR because the company’s boss felt it was too similar to the BRZ. We don’t yet know every tiny detail like spring rates and gearing, but it’s likely that if there are any differences, they’ll be limited to things like dampers, bushings and throttle calibration. 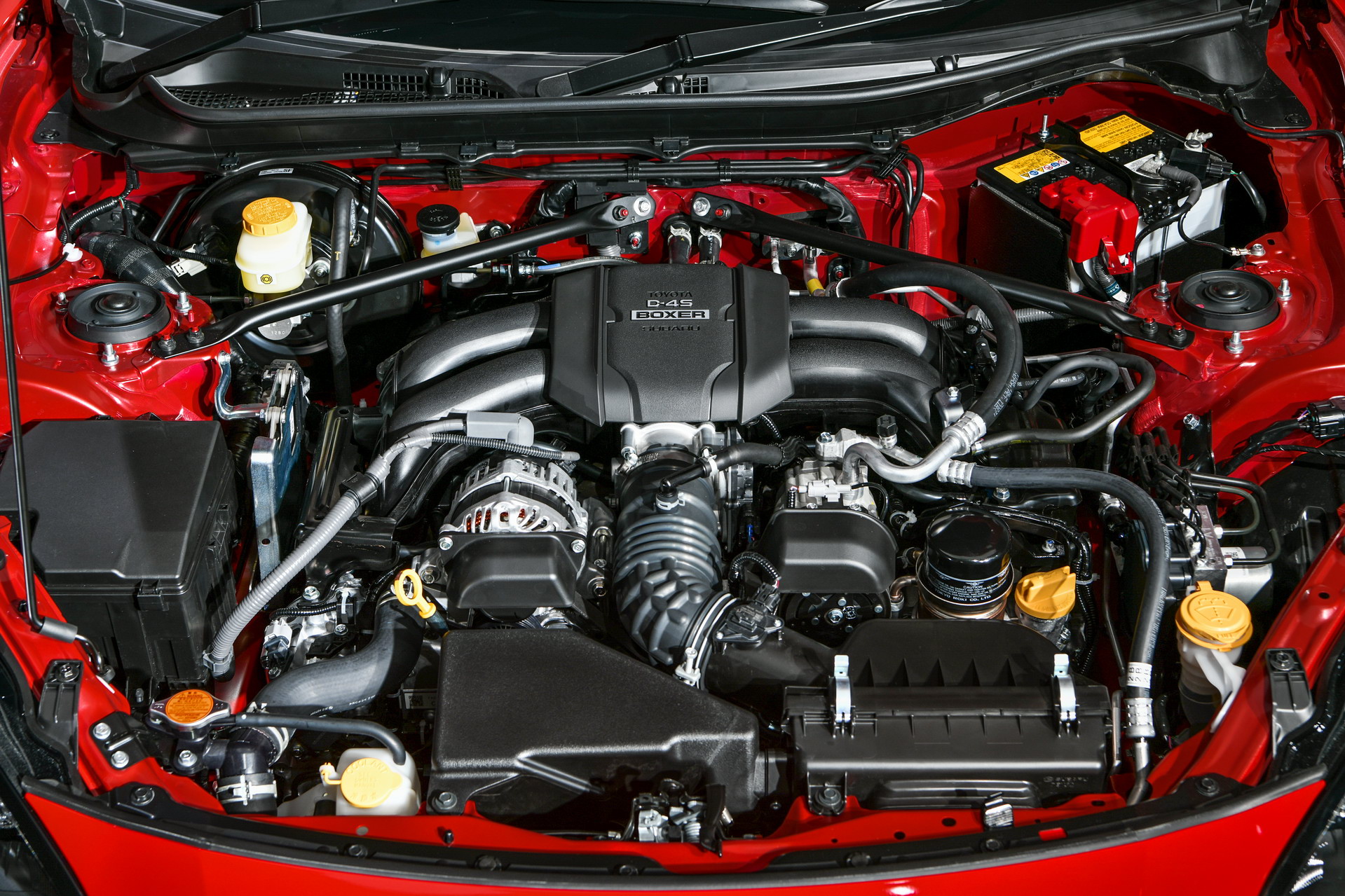 Both cars get the same 2.4-liter Boxer engine, which represents a useful upgrade over the old 2.0-liter motor without the adding weight, complexity and expense of going down the turbocharged route. Pictured above is Toyota’s. 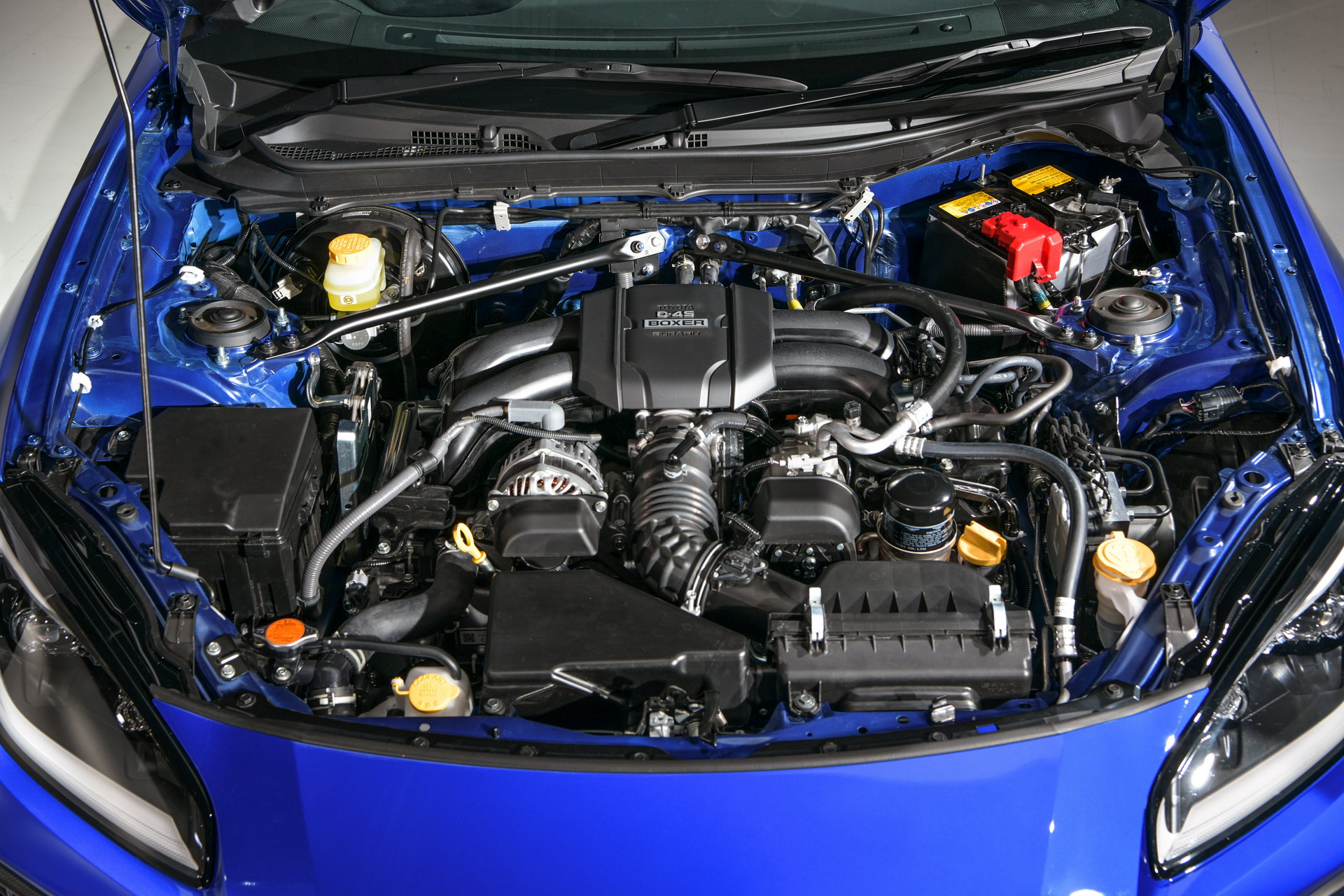 And this one is the BRZ’s. Subaru quotes 228 hp in the US for the BRZ and 232 hp, while the GR 86 has been announced with a 232 hp rating. Both cars claim to make 184lb ft of torque, but we’d be surprised if the 86 didn’t also drop to a 228 hp rating when it goes on sale in the US. Can you really imagine two companies agreeing to develop and build a car together and one allowing the other to market its car with a power advantage – particularly when the company on the losing side is the one supplying the engine for both cars!

Could Subaru And Toyota Have Tried Harder?

First off, it’s great see two of the most driver-focused cars this side of a Lotus Elise return for a second generation. The sports car market is rapidly withering on the vine, and it would have been easy for bother companies to cut their losses (or their modest profits) and invest time and money elsewhere. Like more crossovers or electric cars. The kind of cars most people want to buy right now. 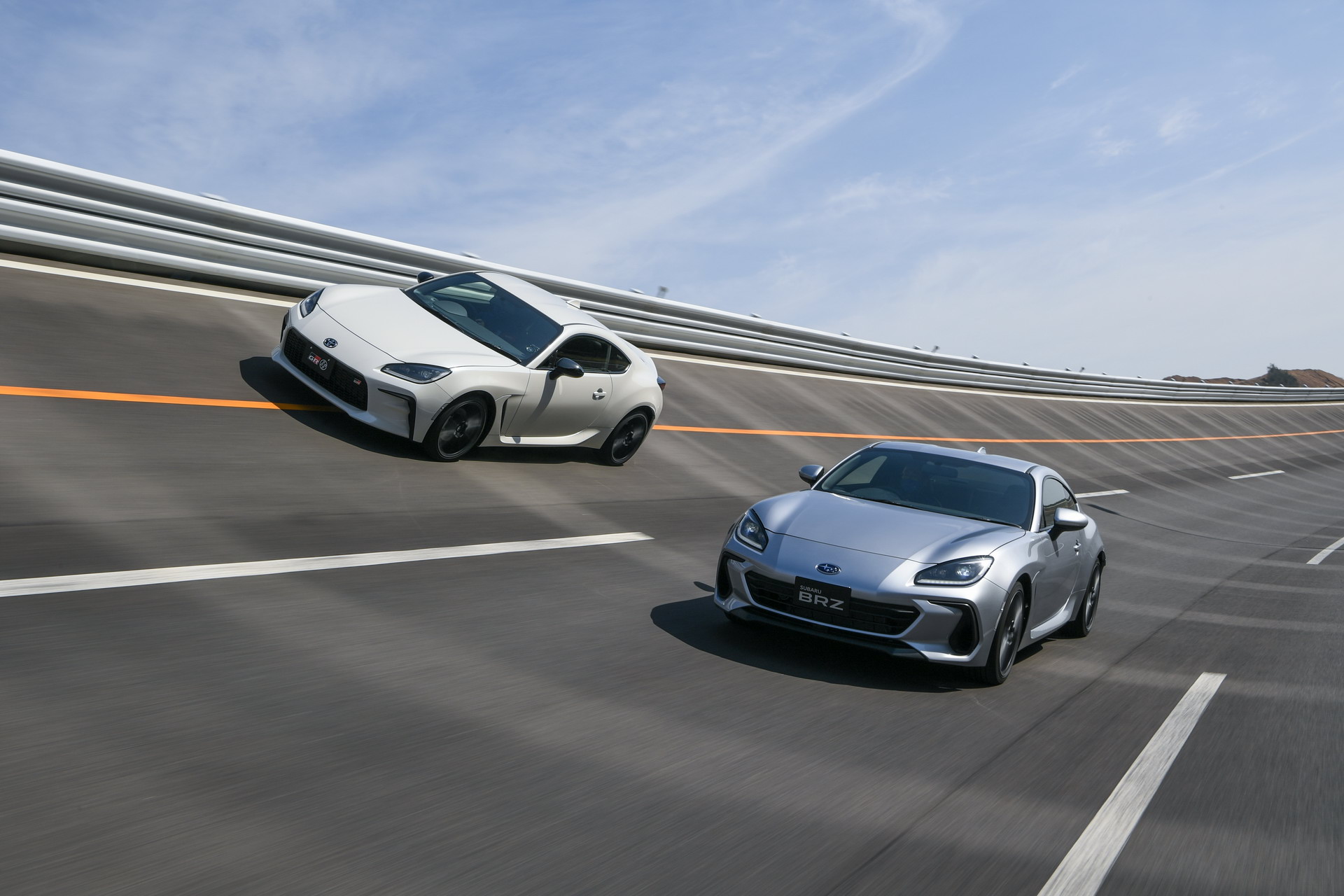 But instead, the 86 and BRZ returned, and better than ever. The centre of gravity is even lower than before thanks to tricks like swapping out a steel roof skin for aluminium. The body structure’s torsional rigidity is up by 50 per cent, which should help both handling precision and ride comfort.

And by opening up the engine from 2.0-liters to 2.4-liters Subaru and Toyota have found a way to give their sports cars the little extra helping of horsepower so many people craved, without ruining the purity of the basic package. 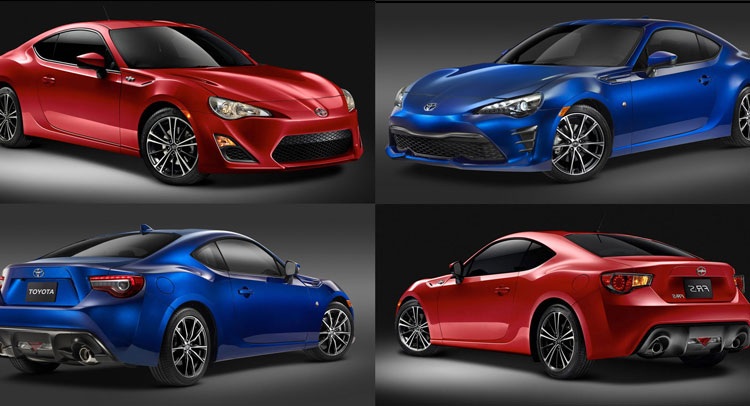 But maybe you’re disappointed that yet again the two cars look almost identical, and very little different to first generation cars pictured above. Could Subaru and Toyota have not tried a little harder? After all, BMW and Toyota teamed up to create the Z4 and Supra, and while not every Toyota fan is happy about that, you’d never mistake one for the other on the freeway. 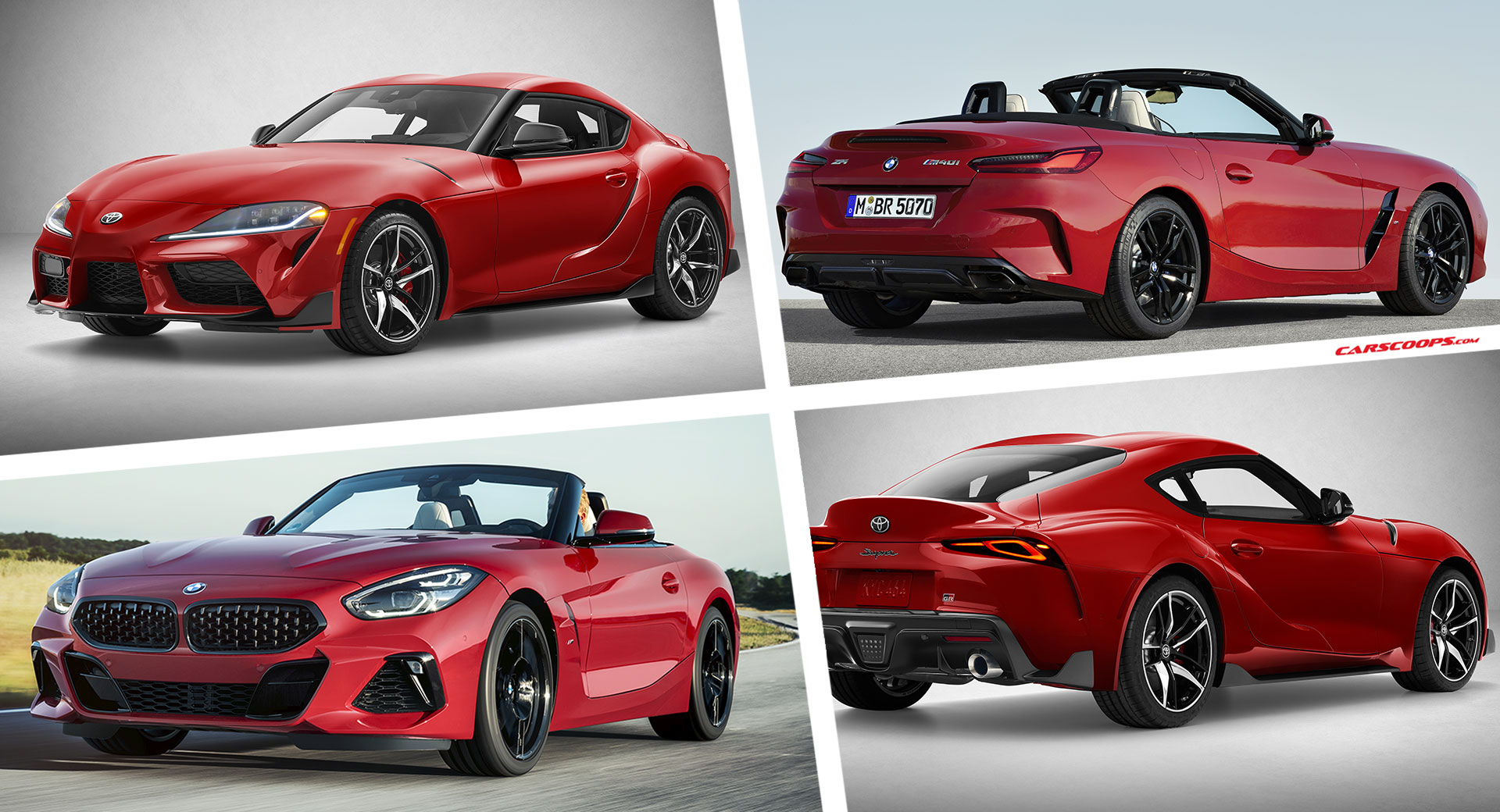 But there are two fundamental differences between the Z4/Supra duo and the BRZ/86 pairing. One is price. The Z4 and Supra are more expensive cars, and that means they’re higher margin cars. The BRZ and 86 will likely cost around $31-33,000 depending on spec, while the Supra starts at $43,000 for the new 2.0 four-cylinder model and extends up to almost $55k for the 3.0 Premium. It’s much easier to justify the expense of building a bespoke body around a common platform when you’re going to be charging big bucks for the result.

And the second, but related point, is that the Z4 and Supra sell in significantly bigger numbers than the BRZ and 86. If we’ve done our sums right, BMW and Toyota sold a combined 17,519 Z4s and Supras in 2020. The GT86 and BRZ, meanwhile found just 7174 homes in Europe and the US doing the same period. Small volumes and small margins? Those Toyota and Subaru accountants must be genuine car guys.

The Word Has Fallen Out Of Love With The Sports Car

Granted that was a shorter year because production ended in the fall, and both were old cars, having been launched way back in 2013. But are the new cars fundamentally different enough from the old ones to hook in a significantly greater number of buyers in a world that has moved away from sports cars, and where many of those still interested in a performance car value brute power over steering feel? I don’t think so. 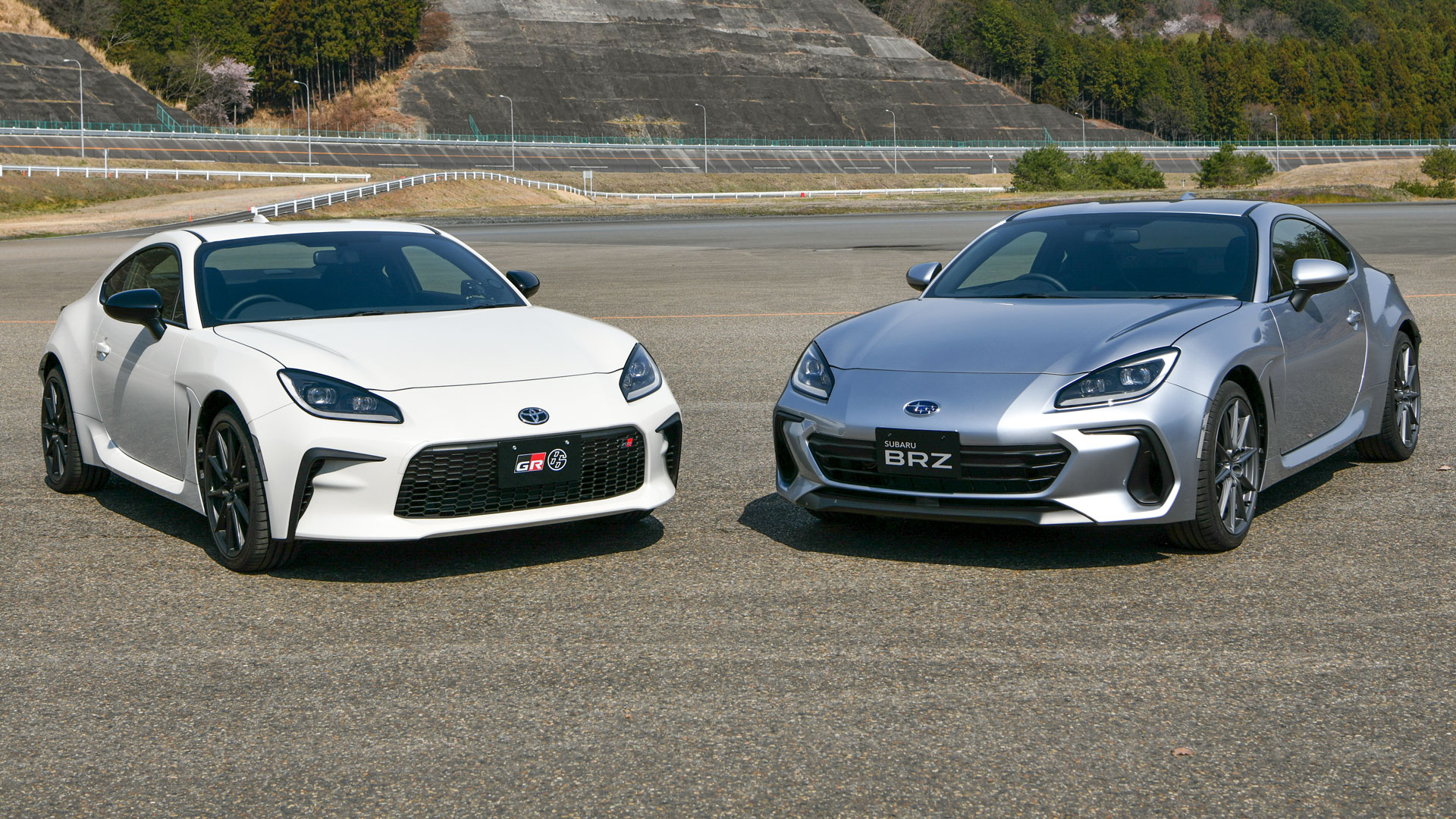 We spent many a happy hour behind the wheel of the originals and we’re thrilled to see them back. We fully endorse the evolutionary change both companies have decided to take, keeping the focus on handling over horsepower, and understand why both cars had to remain so similar. And when we get the chance to jump behind the wheel of a BRZ or GR 86 we’re going to make the most of every single mile, because we’re convinced we won’t see their like again.