The electrified (or is it electric?) version of the GV70 has been caught testing in snowy Scandinavia.

Trademark filings suggest that this will be called the eGV70 and reports indicate that little will change visually compared to the GV70, although the prototype sports what looks to be a closed-off grille.

Previous spy pictures confirm that the eGV70 will continue the Two Lines design. Genesis’ commitment to the look was reaffirmed recently with the launch of the attractive Genesis X concept. 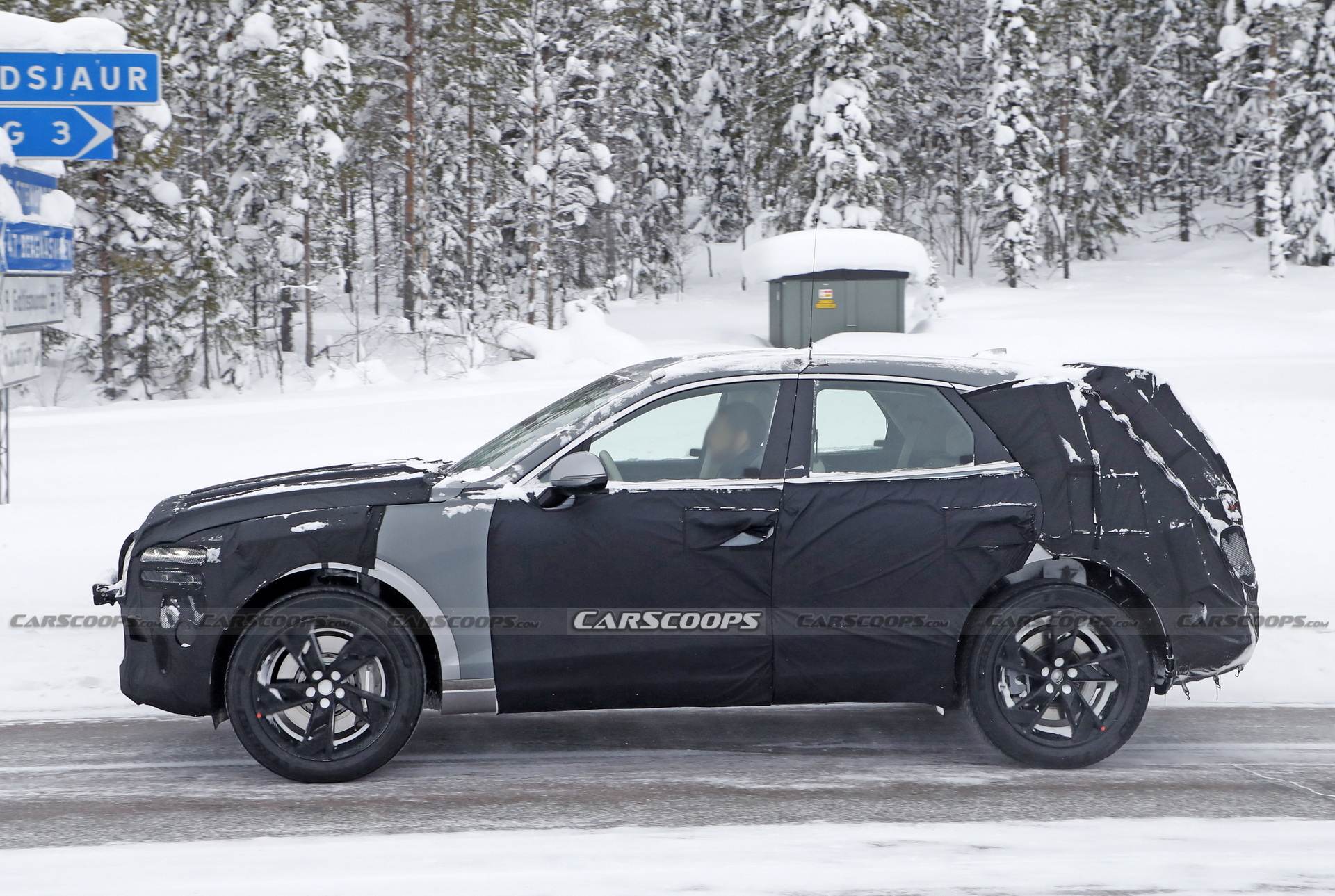 When it filed the trademark for “eGV70,” Genesis also submitted trademark applications for all kinds of similar vehicles, ranging from “eG70” to “eGV90.” That would suggest that there’s a whole lineup of electrified models coming. Indeed, Hyundai, Genesis’ parent company, has promised 23 EVs by 2025 from its family of brands.

Speaking to The Detroit Bureau in October, Genesis Motors America CEO Mark Del Rosso said the automaker will be skipping plug-in hybrid in favor of full-on EVs. The move, he said, makes an important statement about the brand.

It seems, therefore, that we should expect no combustion whatsoever from this eGV70, though its similarity to the GV70 does lead to some questions about what will actually power it.

Fortunately, we likely won’t have to wait too long to find out as the eGV70 is expected to be unveiled late this year.