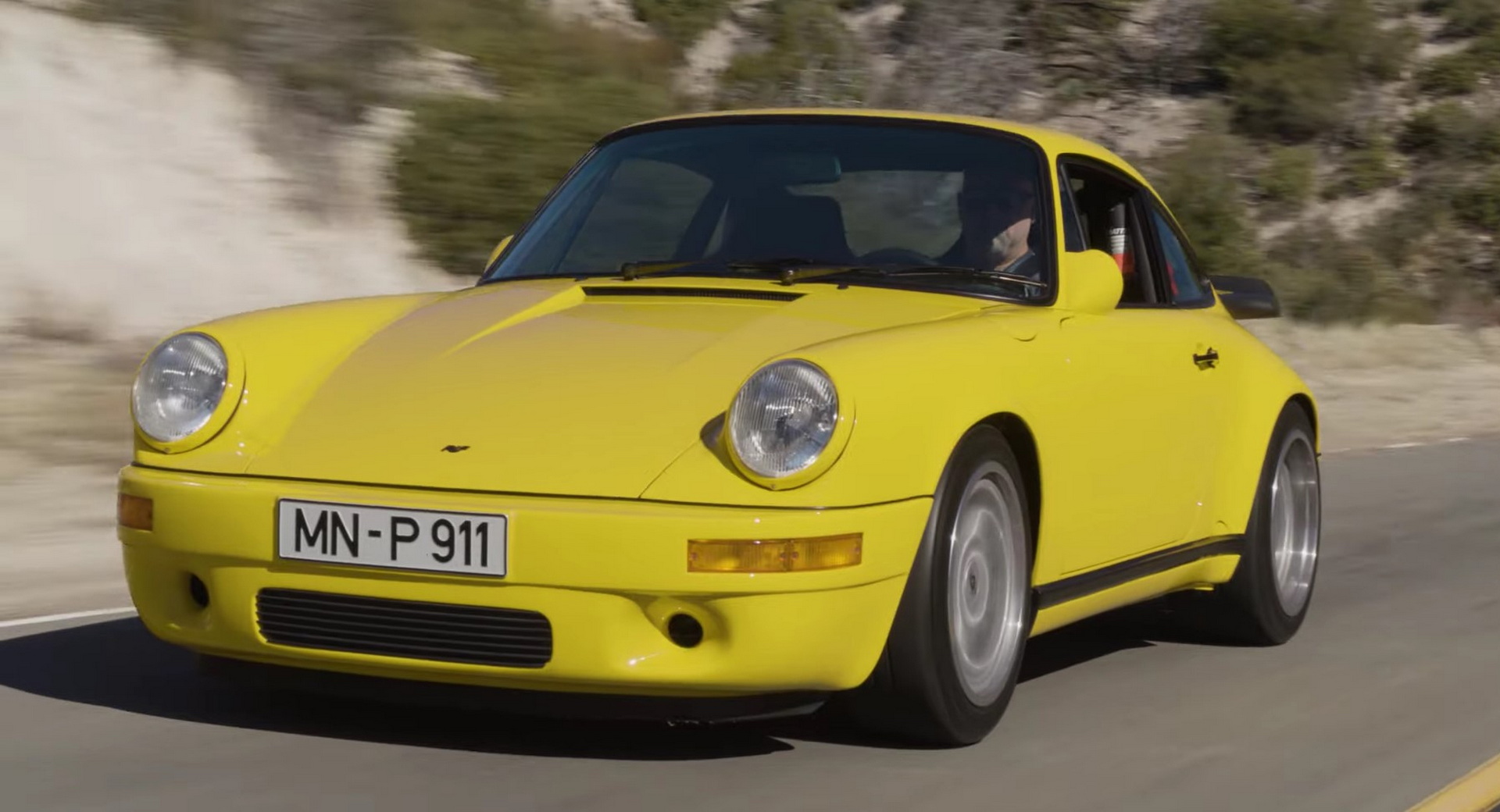 I’ll confess, I’ve always known the RUF CTR Yellowbird by its reputation more than by its accomplishments. I knew it was a cool car, but I never really investigated why.

Matt Farah is here to help people like me who were more interested in Big Bird than the Yellowbird when it was crushing the competition. In a series called Modified, he tracks the history of the car and shares some driving impressions of the tuned Porsche.

And there’s a wealth of ridiculous feats that the Yellowbird accomplished to talk about. There’s the sideways lap of the Nurburgring in loafers, the 211 mph high-speed test for Road & Track, the 11.6-second quarter-mile time (something a stock 911 did not match until it unleashed the 997 Turbo), all of which contributed to the legend.

Also Read: Explore The History Of Ruf Automobile With This Epic 30-Minute Film

Power came from a twin-turbocharged 3.4-liter flat-six that made 463 hp and 408 lb-ft of torque. The transmission, one of RUF’s own, was a five-speed manual with a dogleg first. Along with the race car transmission came race car tech, like a knob that could move the brake bias fore and aft on the fly.

Surprisingly, though, despite all of that, the car wasn’t some high-strung purebred. Legend has it, Alois Ruf drove the car home after it set its 211 mph top speed. According to Farah, the quality is as impressive as the performance.

“I don’t know if I’ve ever driven a car that had a Porsche engine that was not just more powerful but smoother and more advanced and more technological and somehow even more precise than Porsche themselves are capable of building,” he says.

The smoothness and precision were born out of respect for the original. Ruf said that the Yellowbird’s engine was his interpretation of a Porsche 956 Group C engine, a reference that really paints a picture of what the tuner was trying to accomplish.

“This isn’t just a 911 made faster,” concludes Farah. “It’s been completely rethought for a purpose.”