The Lancia 037 was one of the most famous rally cars ever made. It was known for its distinctive shape and the fact that it was one of the last RWD cars to compete on a world rally stage. Now, a predecessor to the Group B machine can be yours, as one of the prototypes is up for sale.

Listed as an auction by RM Sotheby’s, the car was the very first prototype of the 037, and was originally produced and owned by Abarth. It underwent rigorous testing both in the wind tunnel and on track, where it was being driven by Markku Alén, Adartico Vudafieri and Giorgio Pianta. By 1982, it was wearing the iconic Martini livery and serving as a reconnaissance car in the Acropolis Rally. After that, the car ended up in the hands of Sergio Limone, who painstakingly restored it back to its original state. 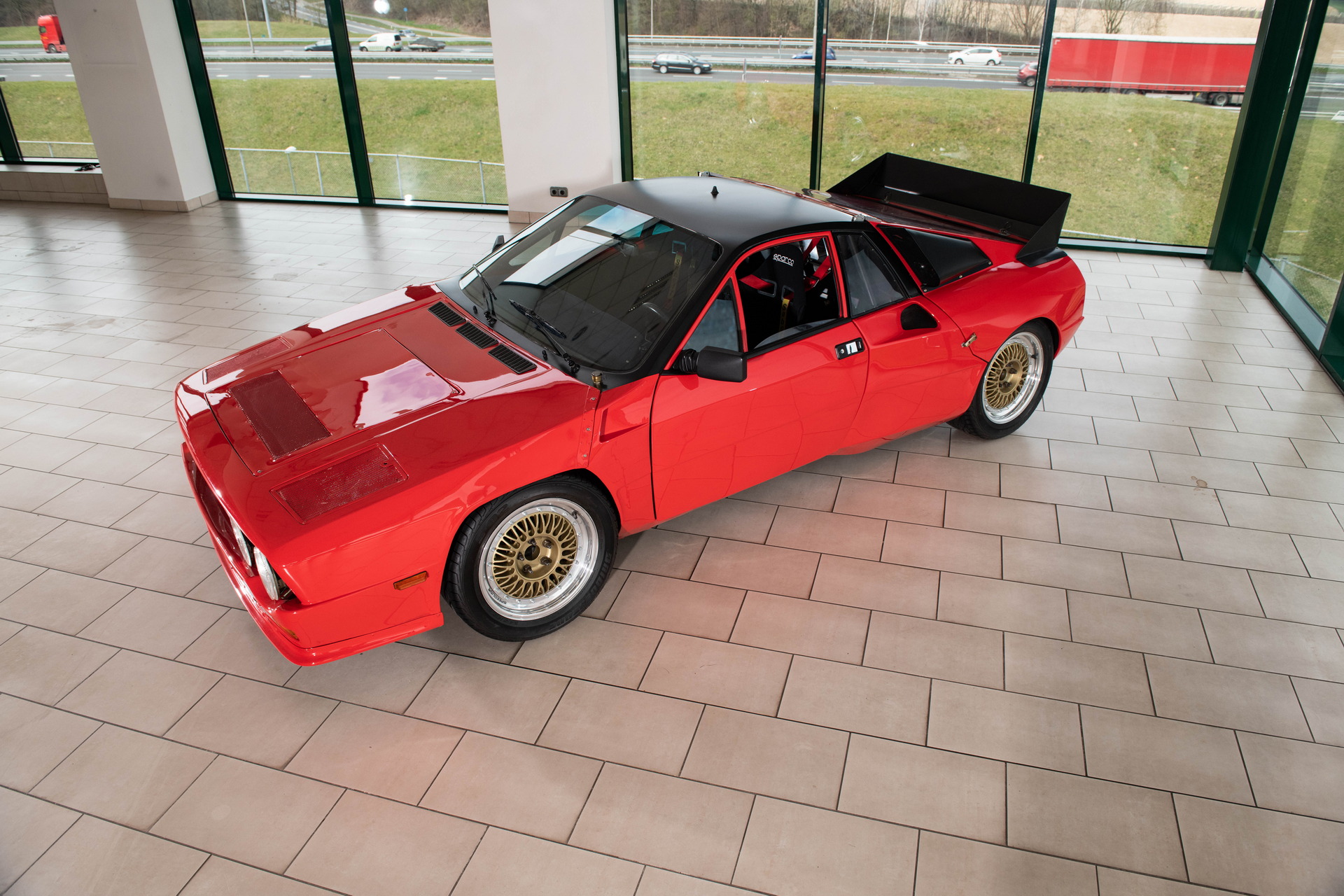 When looking at cars like these, it’s always interesting to see which design features actually made it through to the road car and which ones didn’t. Elements such as the square front wheel wells, vents on the front and rear enders, and circular taillights all died with the prototype, but other things like the headlights, fog lights, and hood vents all made it to production, only undergoing some minor alterations along the way.

One important thing that didn’t change, however, was the engine. The mid-mounted, supercharged 1,995 cc inline-four engine that powered the 037 remained largely the same throughout the development process, and Limone actually made it a point to specifically restore this one exactly to its original specification. 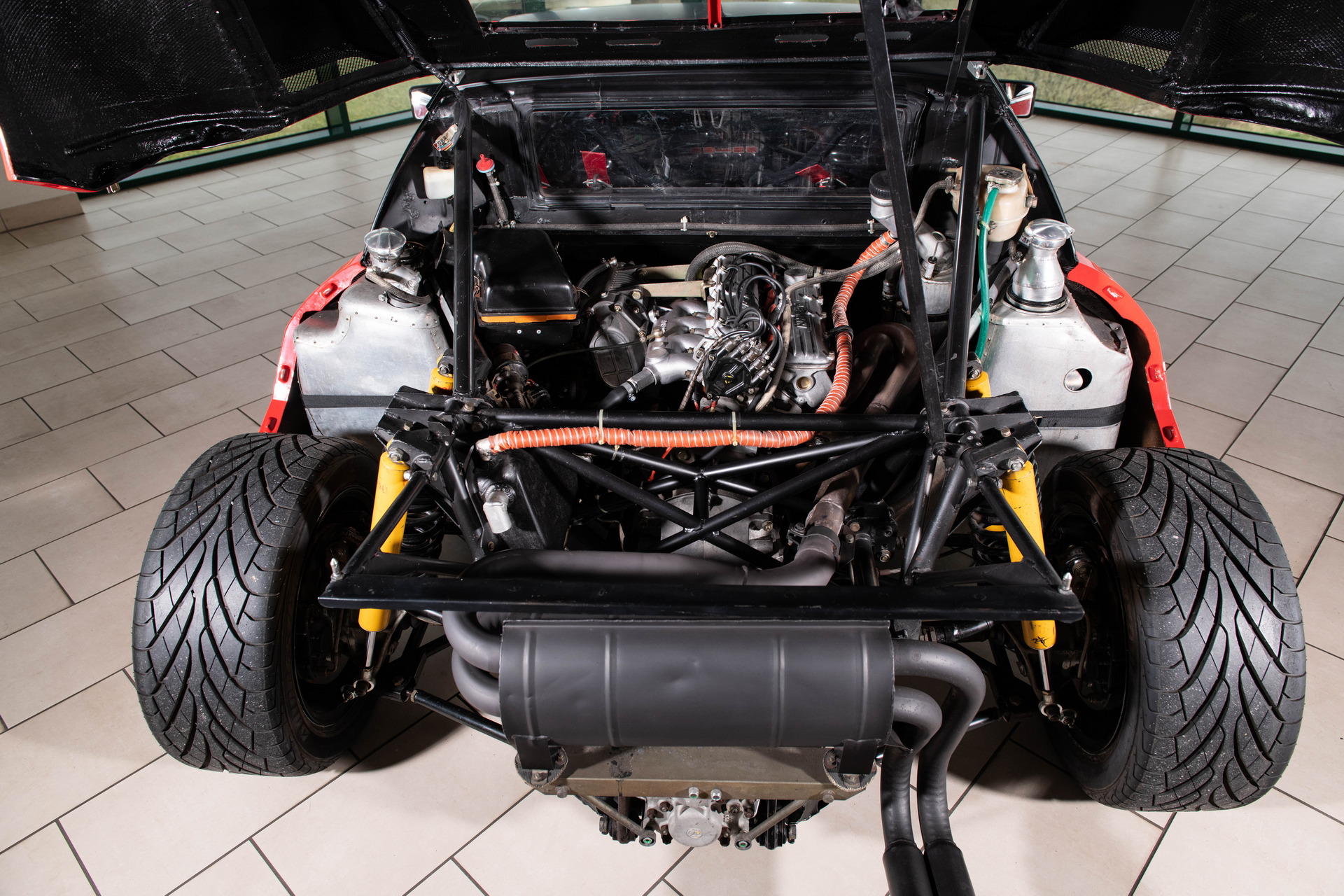 Watch: Jay Leno Introduces Us To The Sublime, And Rare, Lancia 037 Stradale

You can definitely see the production 037 in this prototype, it’s just a bit rougher around the edges compared to the roadgoing version. The overall shape and design are there, but things like the vents that look like afterthoughts, the pull-cord doors and manual mirrors, and the dash that serves no other purpose than to be a vessel for instruments, buttons, and switches all remind you that this is indeed a prototype. That being said, this function-over-form nature arguably gives it even more character, as it actually ends up having more in common with the rally car than the road car in that regard. 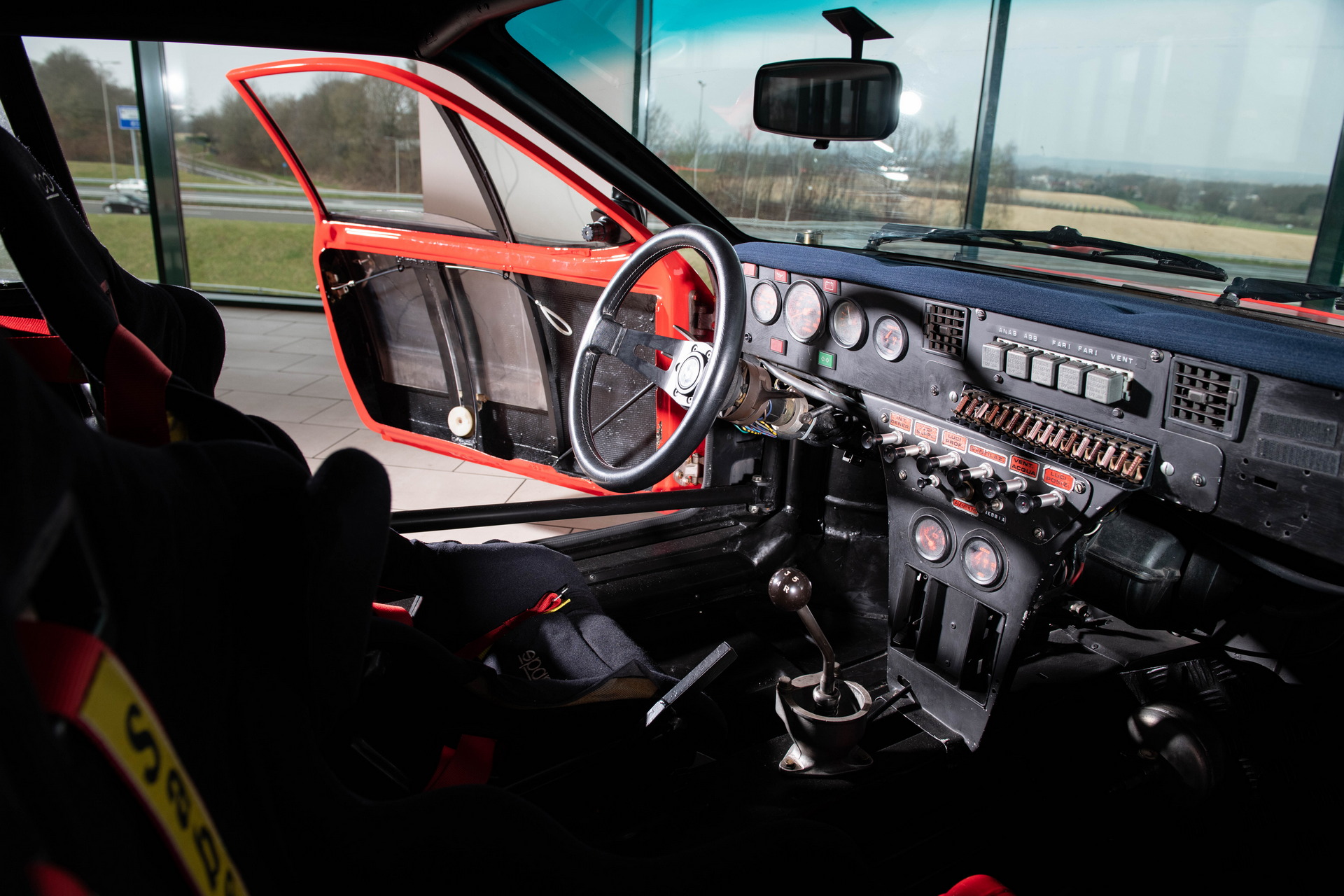 All in all, this is rare prototype version of an already rare car, and that’s even before you even take into account its historical impact. Given that, we expect this 037 to sell for a n exorbitant amount of money, but with no price listed yet, we’ll have to wait until June 15 to find out.