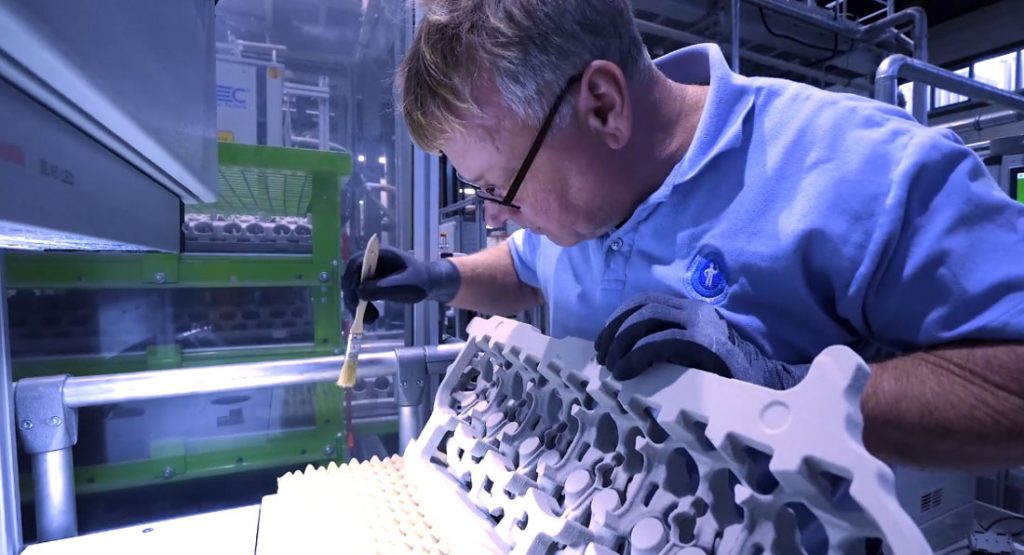 The promise of 3D printing in automotive applications is clear for all to see, but it still takes clever engineering to get the most out of the futuristic process.

It likely won’t come as a surprise to you that F1, being at the cutting edge of technology, uses 3D printing in its engine manufacturing. But rather than actually 3D printing an engine, designers 3D print the molds that will define the shape of their engine blocks.

This is actually how BMW makes the headers for the S58 engine that powers the X4 M. The process involves building up a mold out of sand and hardeners, that molten metal can be poured into. The advantage here being that you can design an engine block with much more precision.

It’s like going from drawing your blueprint with a giant marker to drawing it with a well-sharpened pencil. Not only does the 3D printing process allow molds to be built up with much finer detail, the speed at which molds can be produced means you can correct them quickly.

If a team like–oh, I don’t know–Ferrari has an engine that suddenly needs to be changed in a hurry, new molds that keep all of the fluids where they should be can be designed and manufactured quickly.

By changing the type of sand and properties of the glues and hardeners, engineers can also control how the aluminum will cool in the mold. That allows all parts of the engine to cool consistently, or strategically.

And although it’s all fascinating and may sound futuristic, it’s just the latest and most technologically advanced way of doing something that humans have been doing for thousands of years.