The original Mansory Gronos came out in 2013 as modified version of the previous G-Wagen. This is the Gronos 2021, and as its name implies, it builds on the new-gen G-Class, and more specifically the Mercedes-AMG G63. 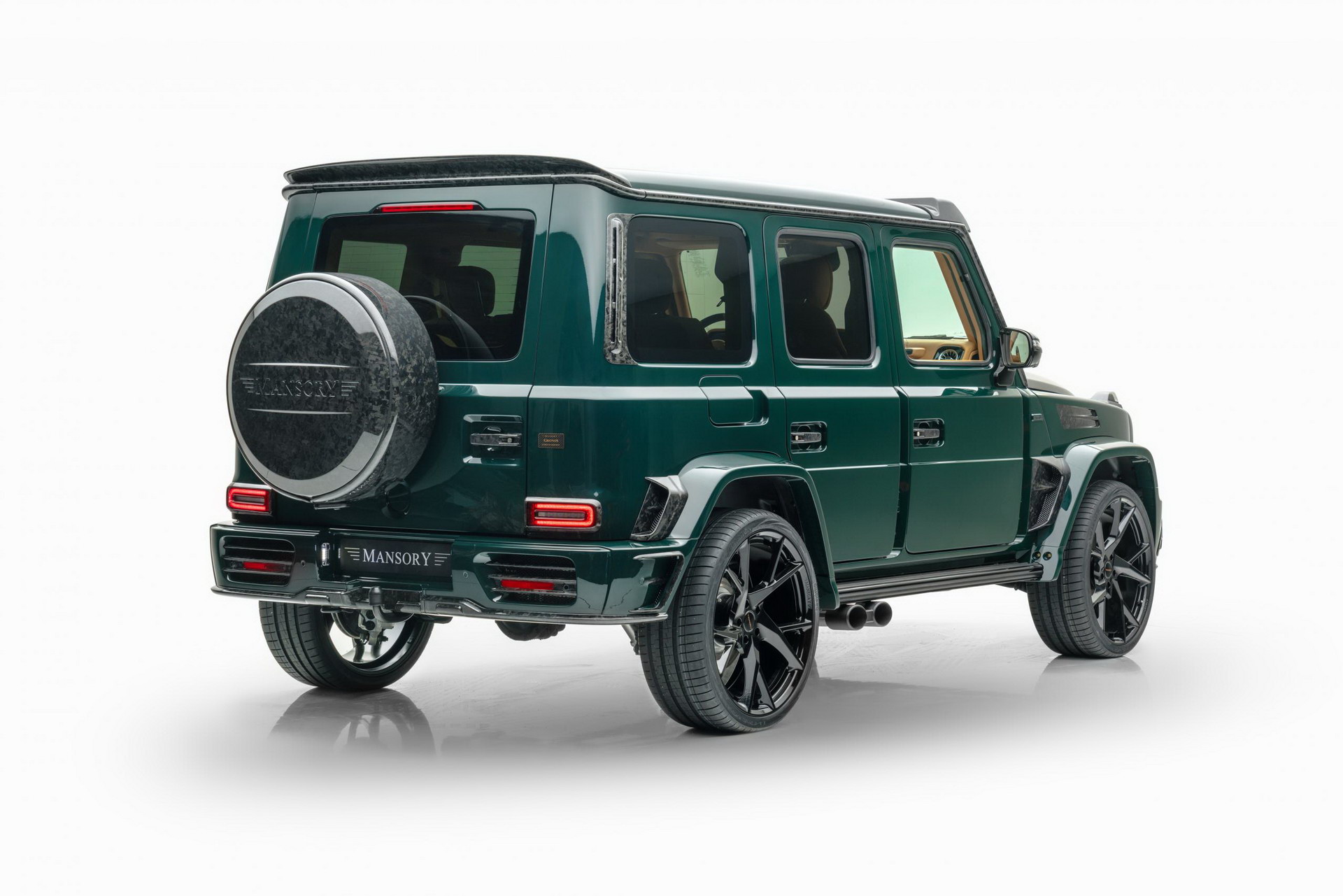 The tuned G63 has the looks the match its grunt, with Mansory going all out on the exterior, which features a wide body conversion, complete with huge fender flares and widened doors. The hood, bumpers, roof attachments, spare wheel holder and other parts are made of carbon fiber, and the additional LED lights up front, 24-inch wheels shod in sticky 295/30 tires, exhaust pipes and British Racing Green paint finish complete the makeover.

The cockpit was reupholstered in brown leather, which was applied all around, including in the rear cargo compartment, while Mansory’s logo was embroidered in the seats and floor mats.

Here’s how much it’ll cost you