Are you ready for the EV revolution? Like it or not, your next new car could well be battery-powered, and you’ll be spoiled for choice because almost every carmaker is either switching to EV tech, or adding it to its current range.

Last time out we shone the spotlight on the electric sedans heading our way soon, but this time we’re looking at crossovers and SUVs where there’s a whole lot more action. So much action that we’ve split the list into two parts, this one covering the first half of the alphabet. We’ll follow it up with the second half next week.

Also Read: Check Out All The Electric Sedans Coming By 2023 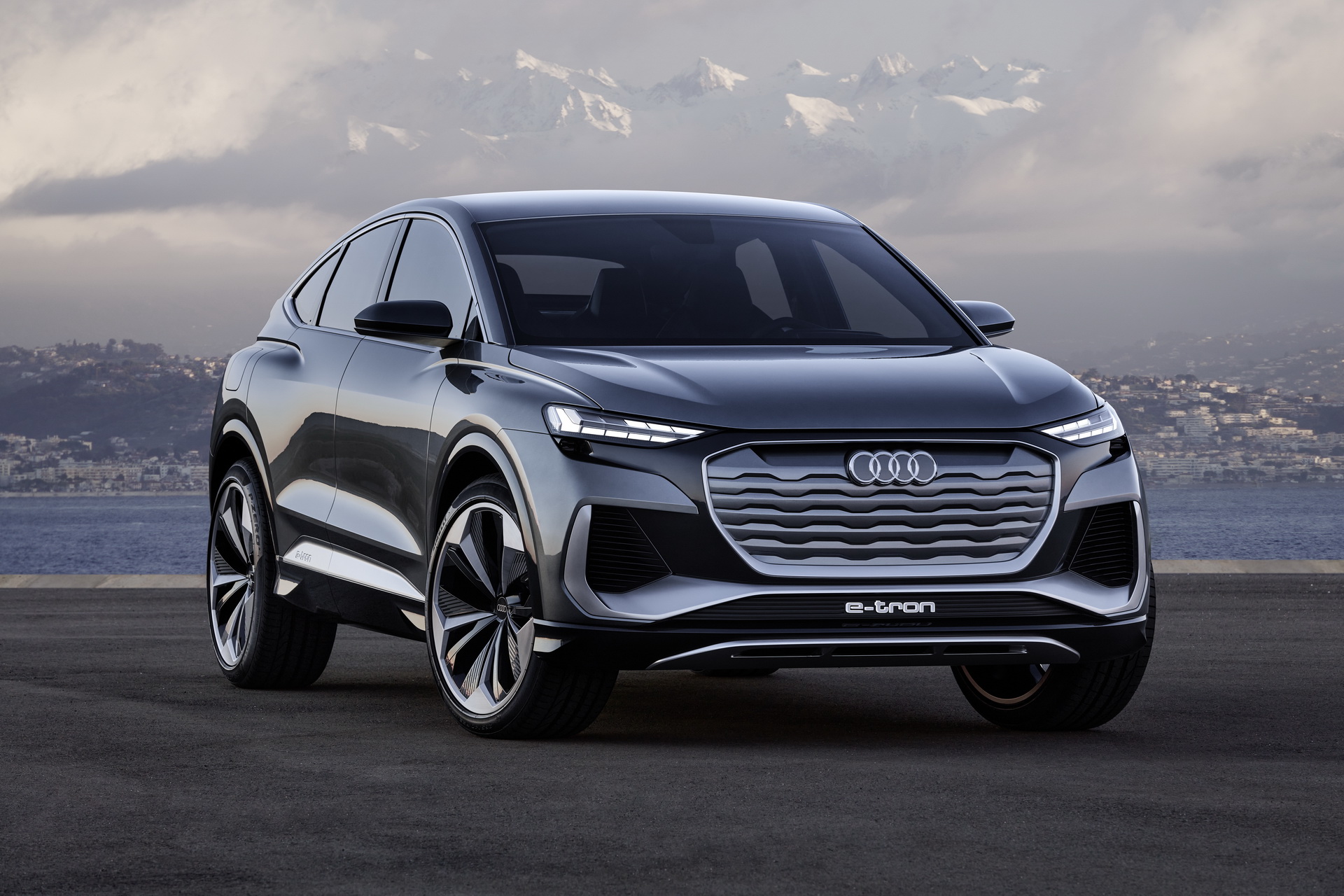 The production version of 2019’s Q4 e-tron concept (shown above) is a radically different machine to the bigger e-tron SUV, and not just in size. Where the e-tron is built around an electrified version of the MLB Evo platform found in cars like the regular Q7, the Q4 e-tron uses the MEB dedicated EV platform shared with Volkswagen’s ID.4.

Both Q4 and coupe-shaped Q4 Sportback versions will be available, and prices should start from around $50,000 for the more upright version, with the Sportback commanding a small premium. Buyers get a choice of single motor and rear-wheel drive, or dual motors powering all four wheels. The dual setup is good for 302 hp, 0-62mph in around 6 secs and 280 miles of WLTP driving range, which should equate to around 250 on the EPA test. Those numbers might not impress a Tesla driver, but the optional augmented reality head-up display probably will. 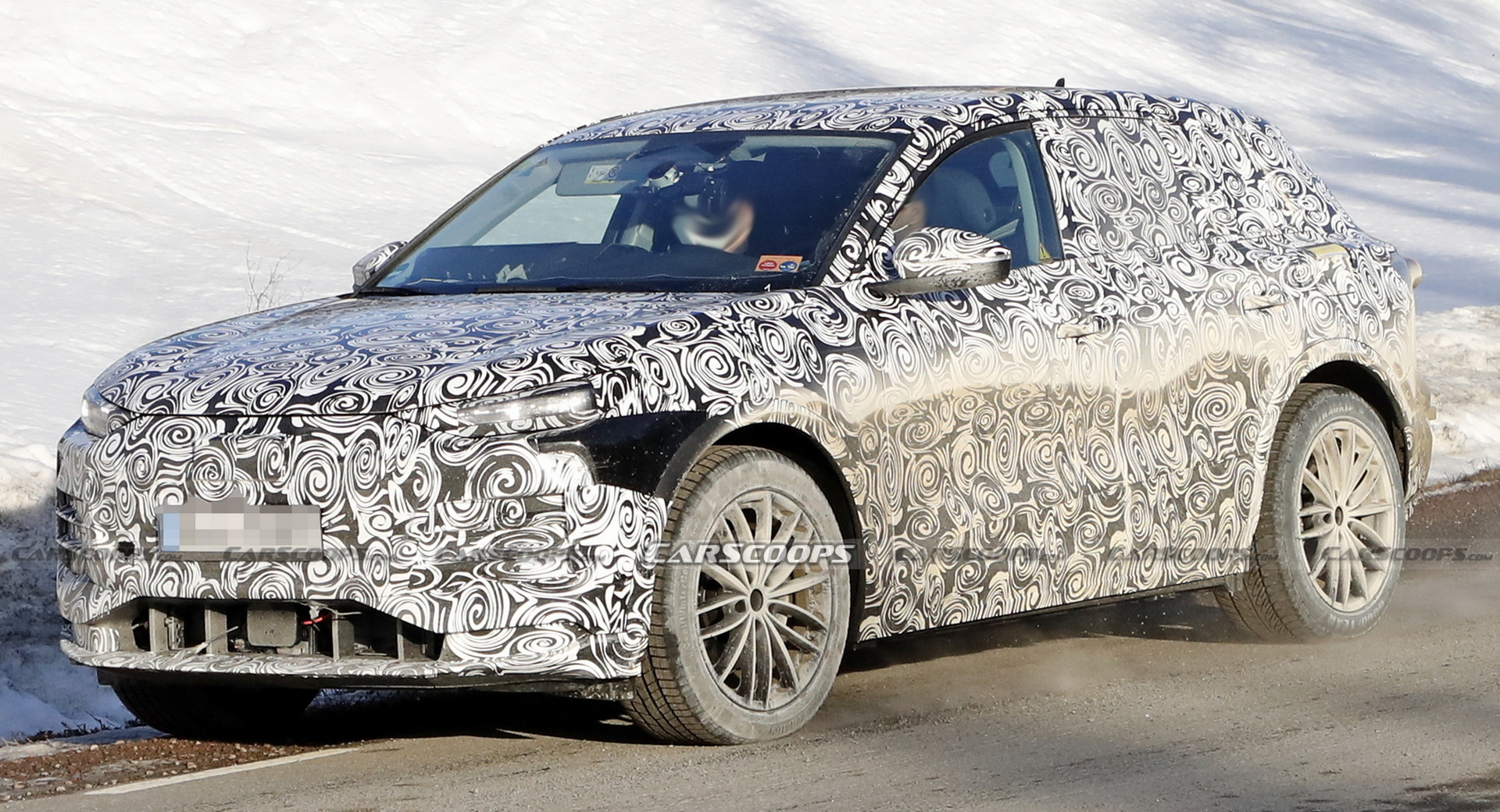 Slotting between the Q4 e-tron and the older e-tron SUV in Audi’s increasingly crowded SUV line-up is Q6 e-tron. This one uses a different architecture again, specifically the PPE electric platform Porsche will use for its upcoming Macan EV.

The PPE platform is related to the J1 found under the sporty e-tron GT and its Porsche Taycan cousin, and that means it features 800-volt charging tech allowing it to charge at up to 350 kW. Base cars could get a single motor and rear-drive, but most will have two motors driving all four wheels, and up to 590 hp in the hottest RS versions. 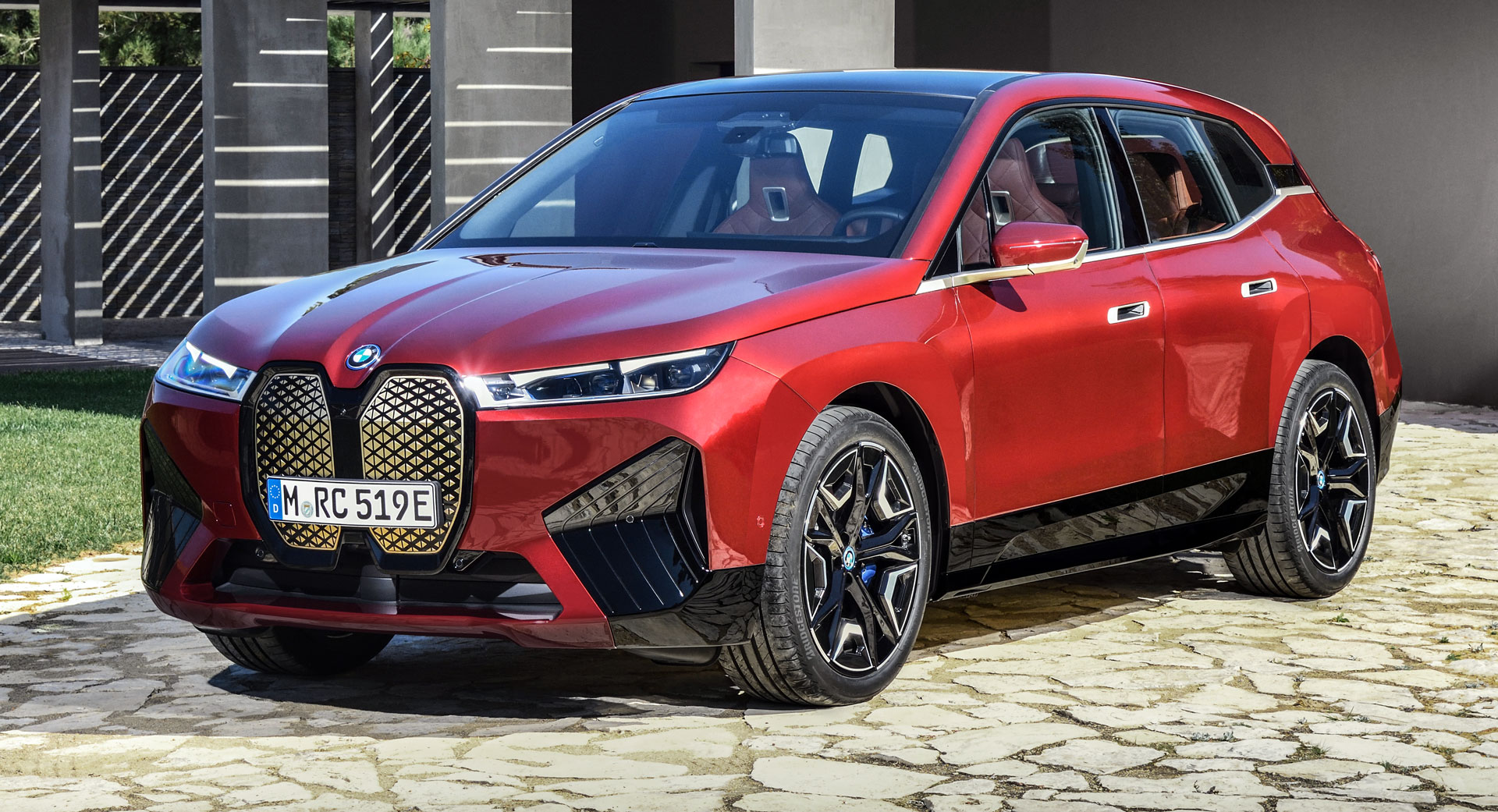 BMW’s electric flagship is the size of an X5, but offers X7 levels of interior space thanks to its bespoke EV architecture. While the iX3 is merely adapted from an existing ICE model, the iX gets an aluminum spaceframe and carbon fiber-reinforced plastic inner structure.

Visually, it tips a hat to 2018’s Vision iNext concept, including in the cabin, which highlights BMW’s new dashboard shapes and the latest version of iDrive with its long, slim digital display. Each axle gets a motor, but in classic BMW fashion, its power is biased towards the rear. In the iX xDrive 40 available in some markets, that means 300 hp and 0-62mph in just over 6 seconds. The circa-$85,000 xDrive 50 – currently the only model confirmed for the US – adds 200 hp, 200 kW charging, and drops the 60-0 mph sprint time to less than 5 seconds. 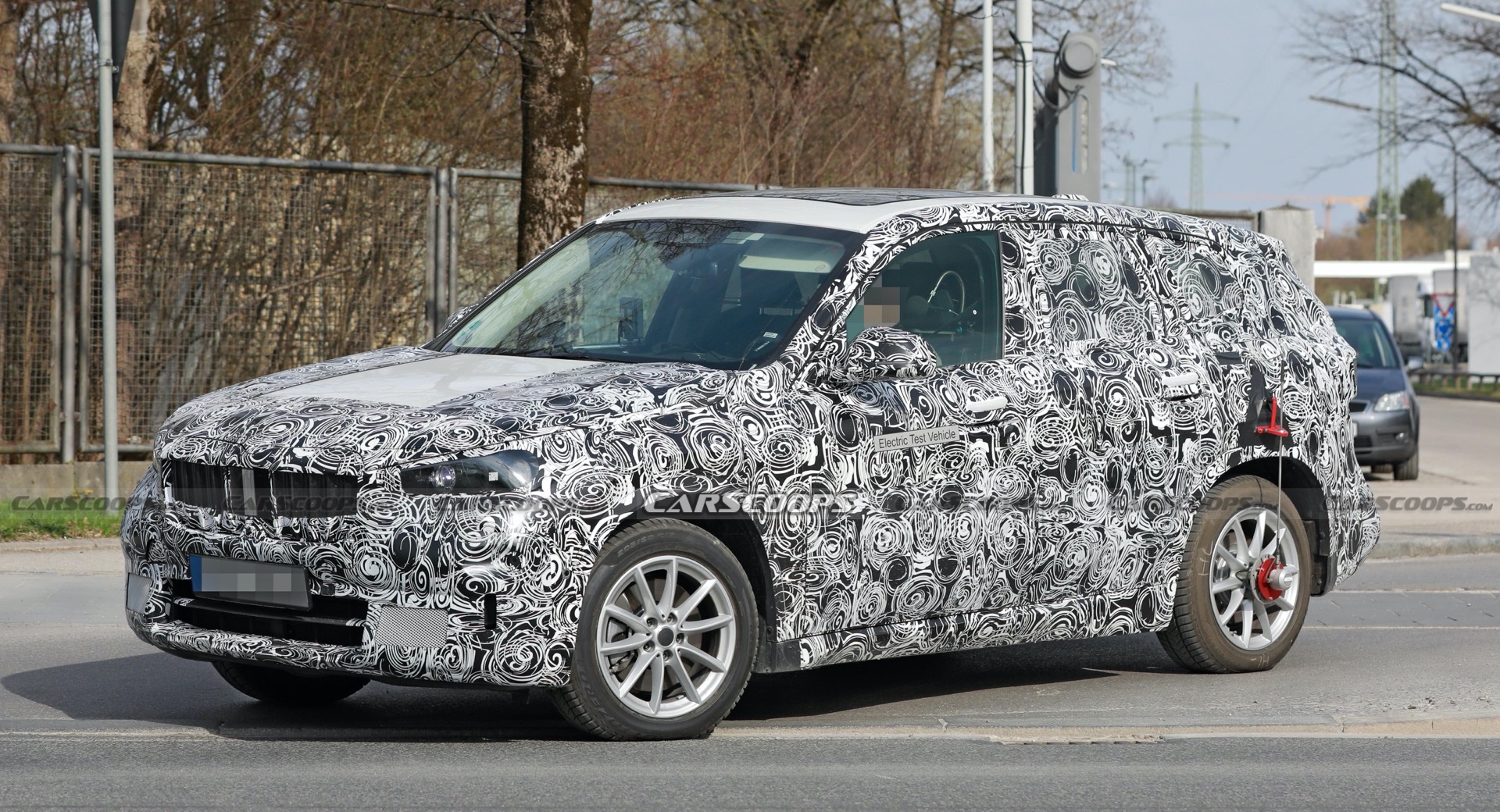 BMW’s challenger to the Volkswagen ID.4 and Ford Mustang Mach-E is the iX1. Like its iX3 big brother, it’s a development of a conventional ICE car, in this case the next generation X1 SUV, rather than a bespoke EV like the iX.

Our spy shots suggest it escapes the iX’s jumbo kidney grille, instead sharing more styling cues with the iX3. But the X3 is based on a rear-wheel drive platform and the next X1 will continue with a front-wheel drive base, so it’s unclear which end of the little EV will be doing the driving. 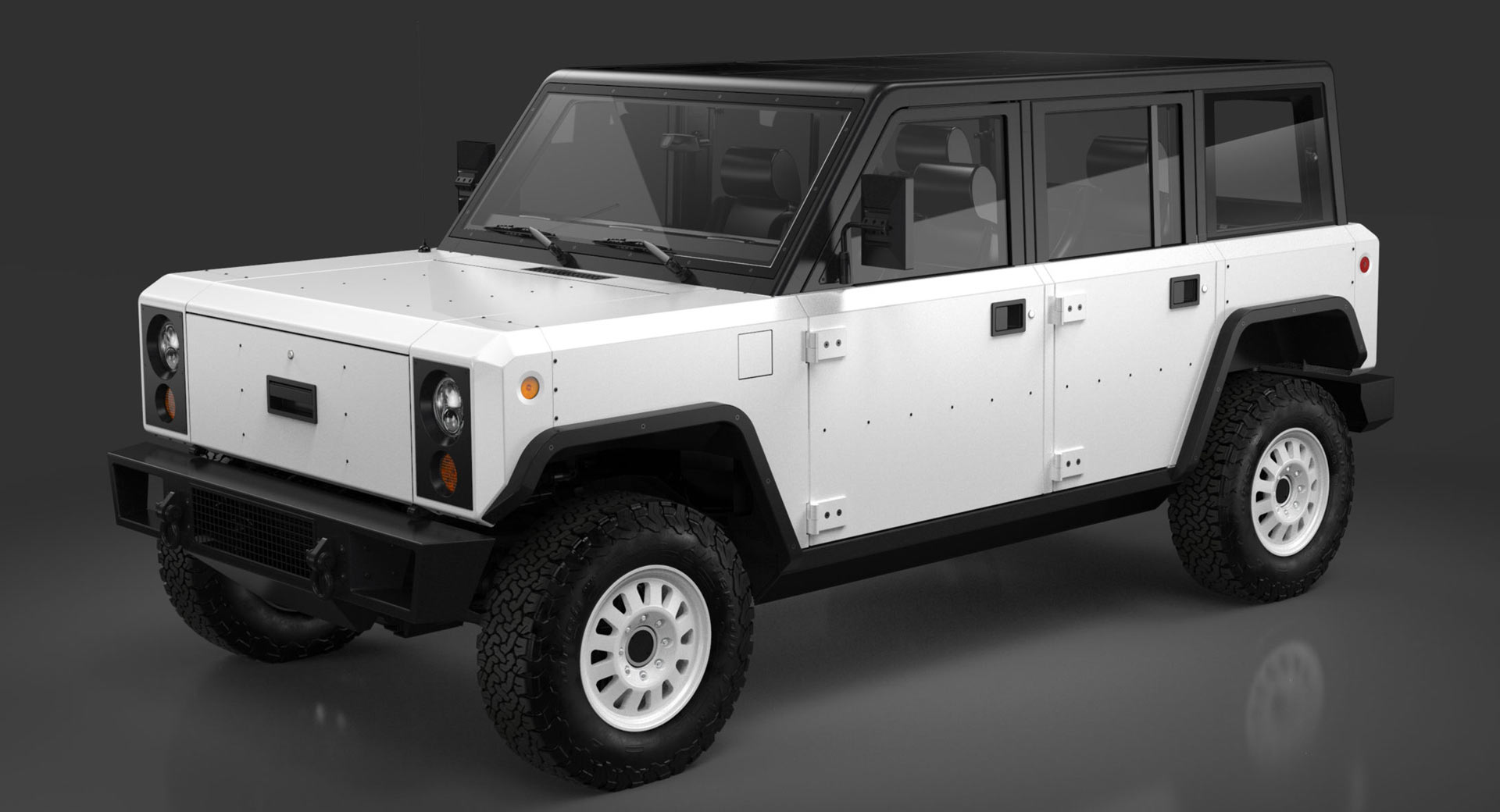 The Bollinger B1 looks like the kind of machine Land Rover would have created to replace the Defender if the only CAD/CAM tech it had to hand was a 10-year old PC running Minecraft.

The B1 is the SUV sister to the B2 crew cab pickup and gets the same 614 hp of electric power courtesy of an electric motor driving each axle. It’s quick – 60mph comes up in 4.5 seconds – but Bollinger claims it’s also genuinely capable off road. As you’d hope it would be for $125,000. 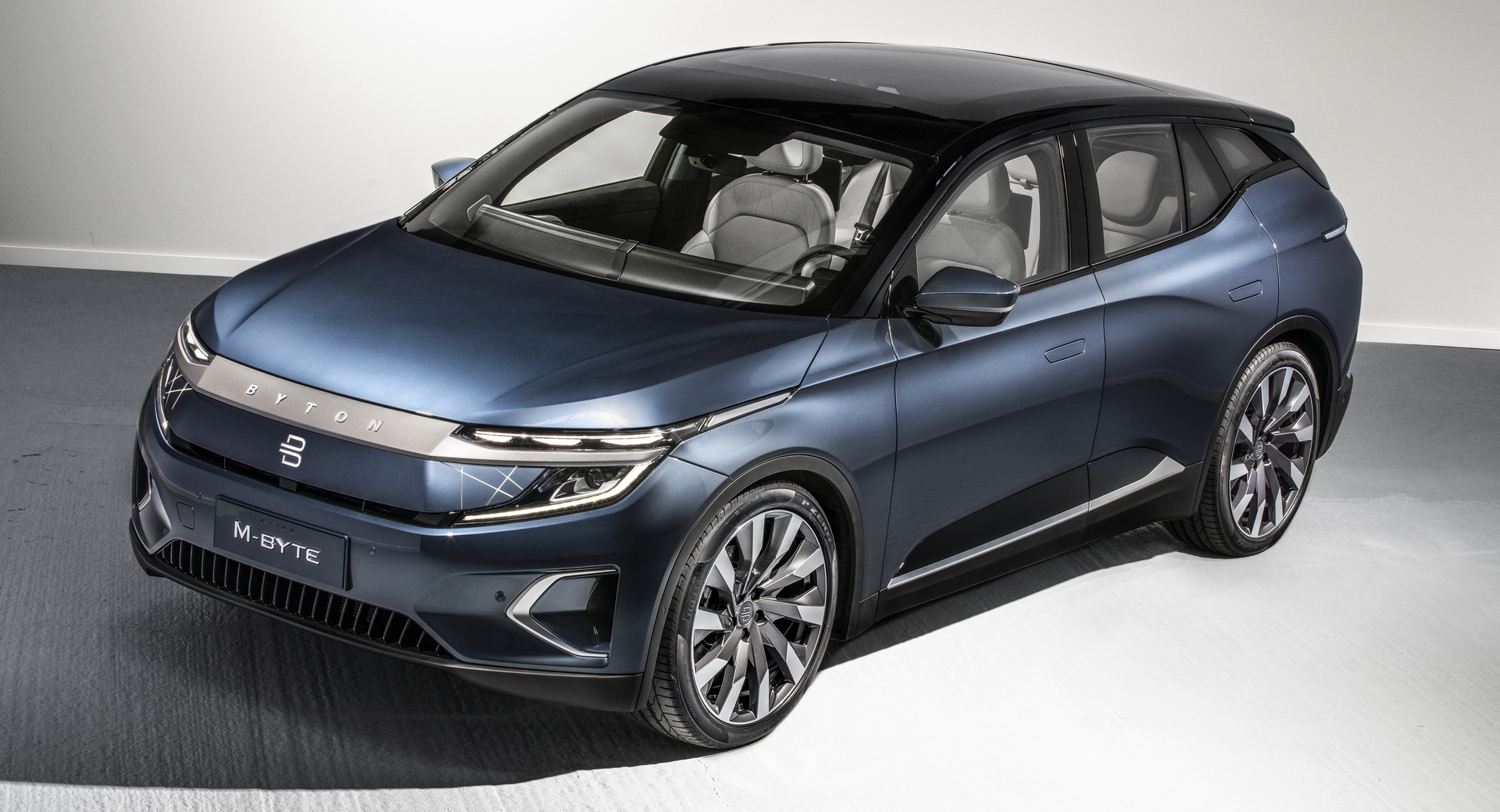 Chinese EV startup Byton has yet to sell a single car, having been forced to close down operations for six months last year due to COVID. Things were looking decidedly sketchy for a while, but a recent injection of $200 million of investment from Foxconn means we might actually get to see the much-delayed M-byte crossover on the road in early 2022.

The M-byte will feature a 201 hp front motor paired with a 268 hp rear unit, plus a choice of 72 or 95 kWh battery packs, and an enormous 48-inch infotainment screen. 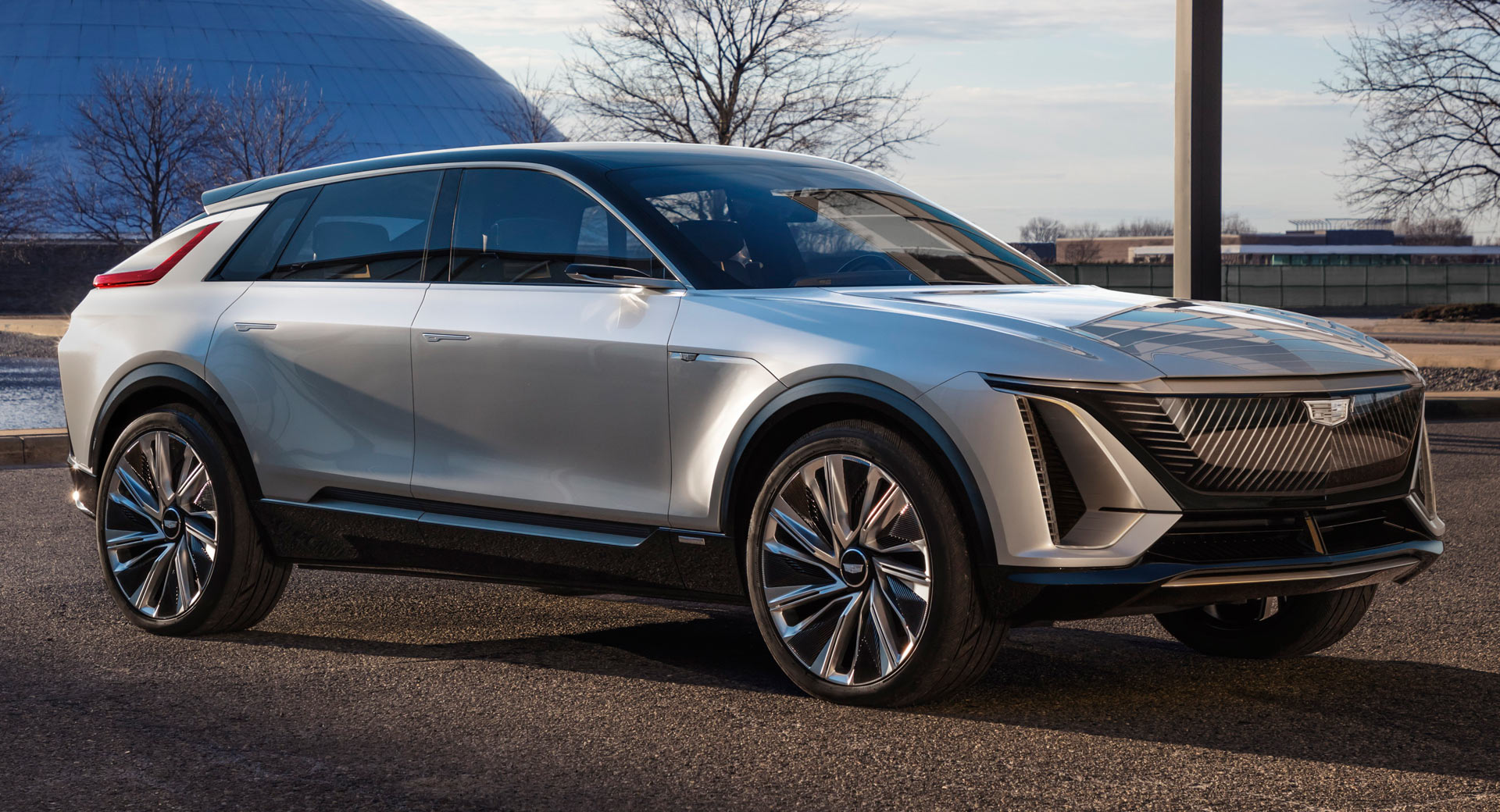 Closer in size to the XT5 than the XT6, it’ll be powered by GM’s Ultium powertrain family and be capable of traveling more than 300 miles between charges when optioned with the top-spec 100 kWh battery. 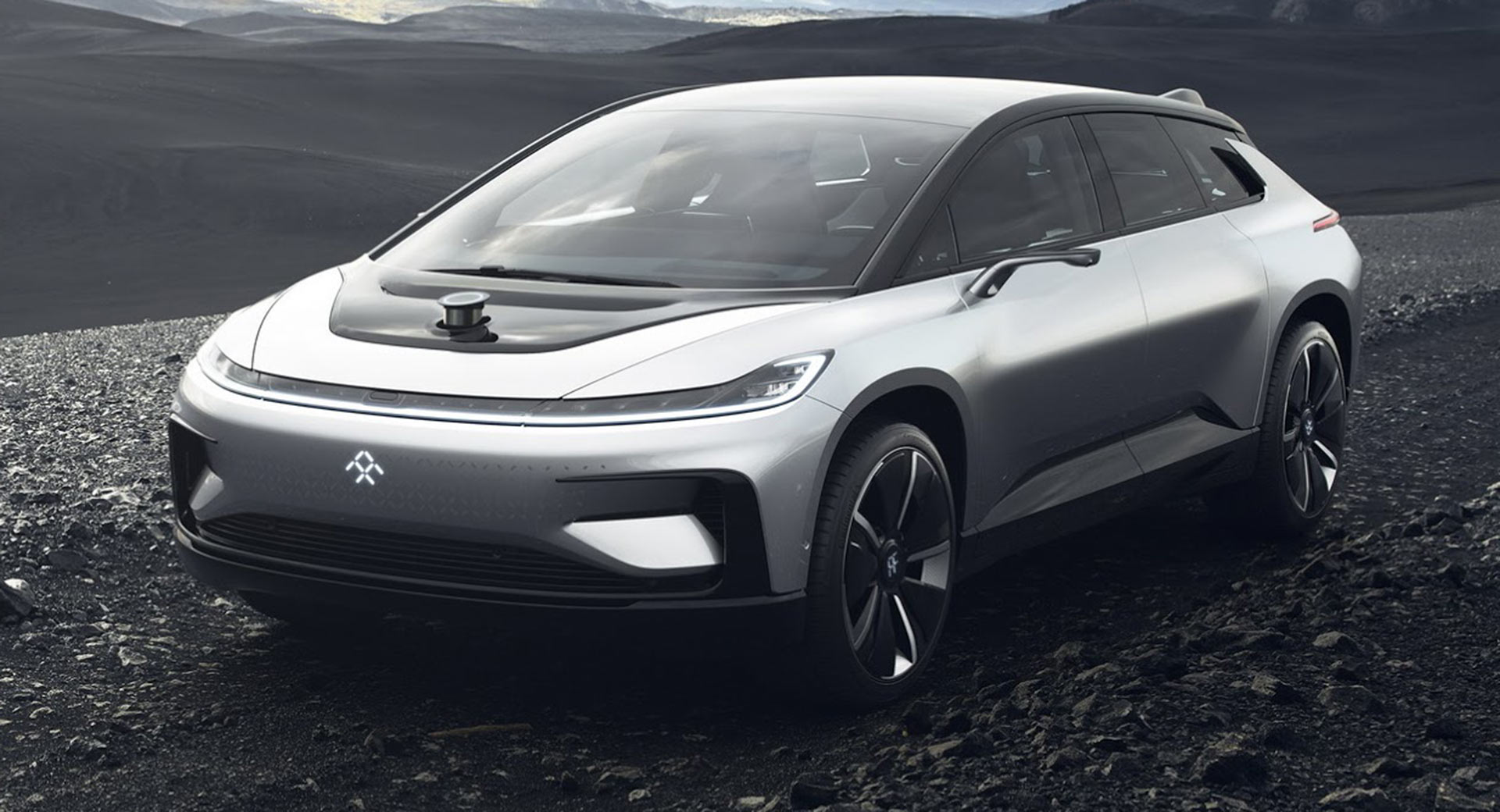 Like the end of a rainbow, Faraday Future’s FF91 never seems to get any nearer. Supposedly production-ready when announced at CES way back in 2017, we’re still waiting for an on-sale date. And with every day that passes, the technical spec that once seemed incredible – 1050 hp, 0-60 mph in 2.4 seconds, 130 kWh battery pack – sounds less so as rivals catch up. 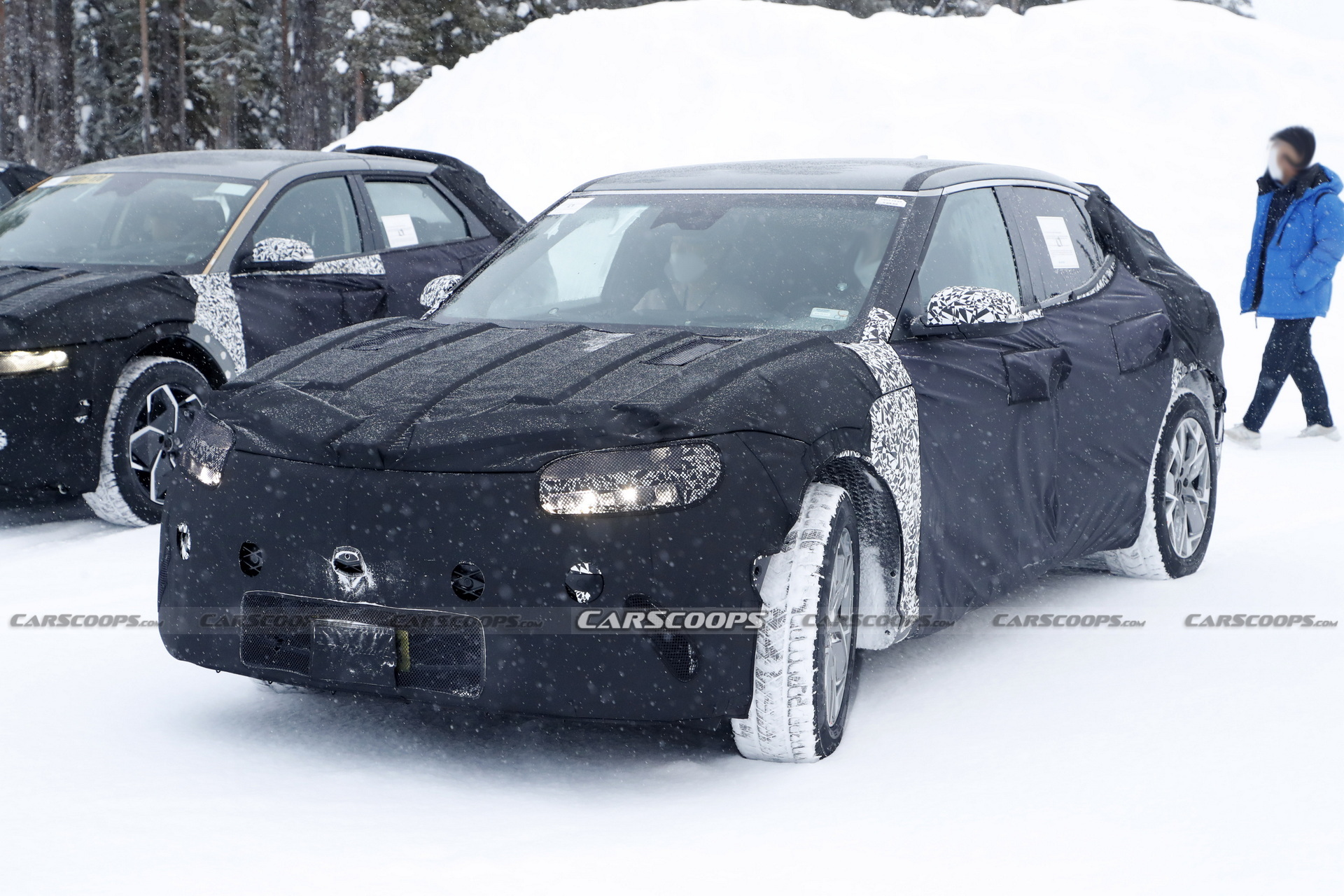 Kia and Hyundai have already showcased the Korean teams’ jointly developed E-GMP platform in the Ioniq 5 and EV6. But their Genesis luxury cousin also wants a slice of the electric pie, and will get it with the GV60.

Like the futuristic Kia and Hyundai, the GV60 will feature 800-volt electrics for Porsche Taycan-style 350 kW charging that can add 62 miles of driving range in just 5 minutes. And Genesis’s EV ambitions don’t end with the GV60. The company is also working on zero emissions versions of its GV70 and GV80 SUVs that launch in gasoline trim later this year. 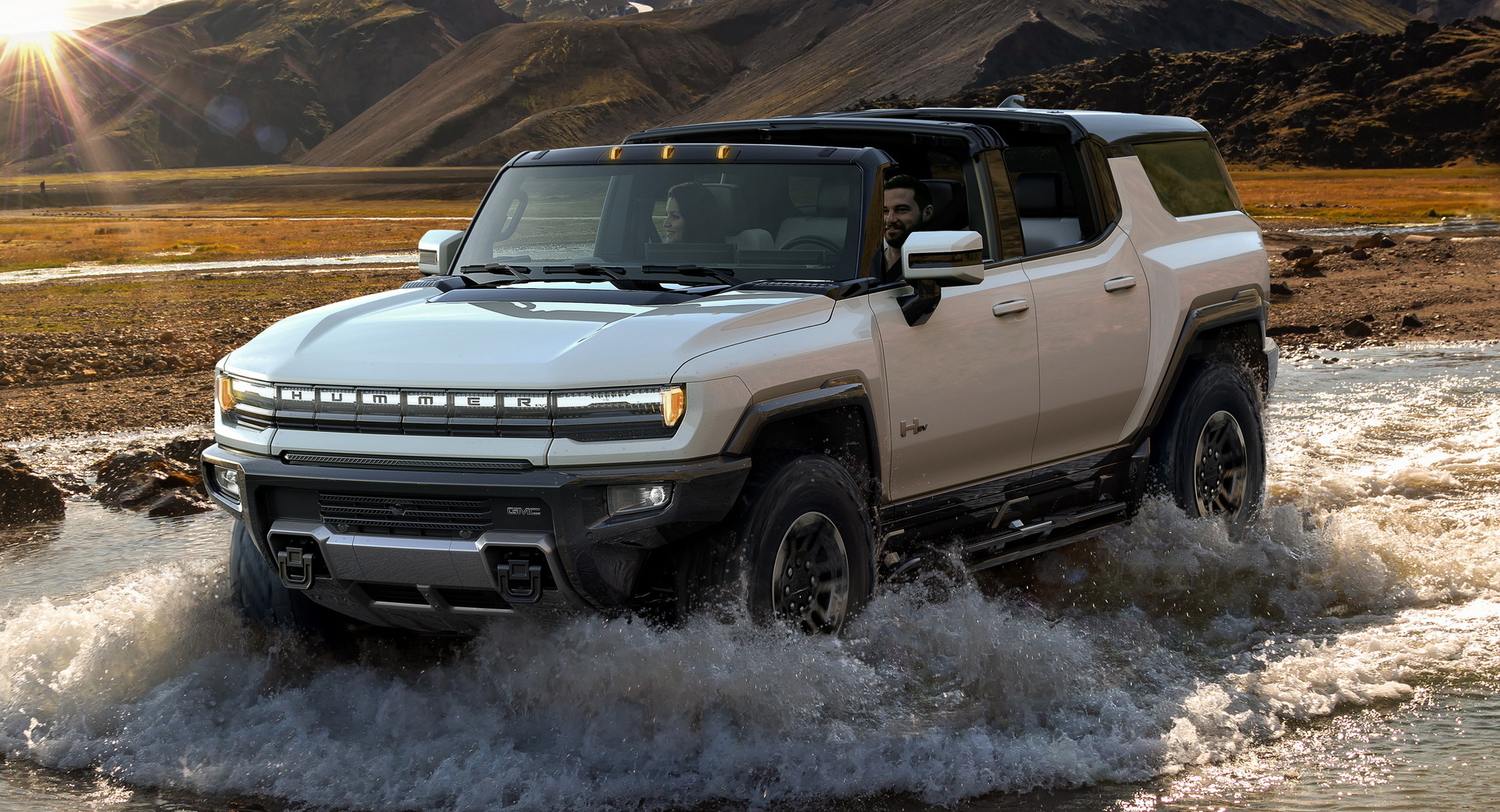 Hummer is back, bigger and bolder than ever. Only this time it’s guzzling kW, not gas. First to arrive is the pickup, which lands this fall, packing up to 1000 hp in its most muscular spec. That’s followed in 2023 by the 2024MY Hummer SUV, which tops out at 830 hp and rides on a 9-inch (229 mm) shorter wheelbase. That means the battery shrinks, too, cutting 50 miles from the pickup’s 350-mile range. 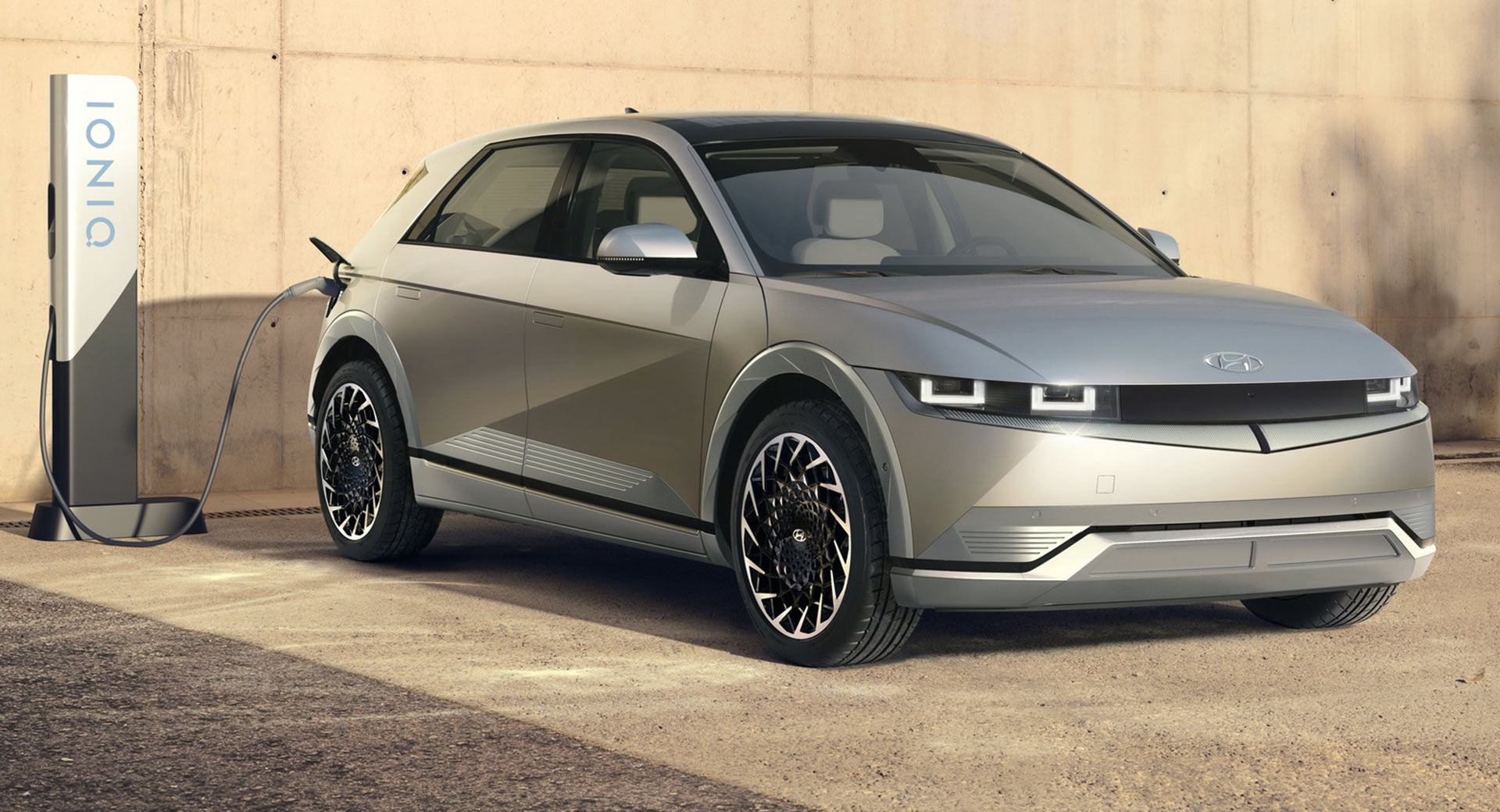 The first car from Hyundai’s all-electric Ioniq offshoot is the sharp-looking 5 crossover that’s aimed at the Tesla Model Y and VW ID.4. Like the Genesis GV60 covered above, it rides on the Hyundai and Kia’s E-GMP EV platform, but this time clothed in Giugiaro-esque angular styling that references Hyundai’s 1970s Pony. 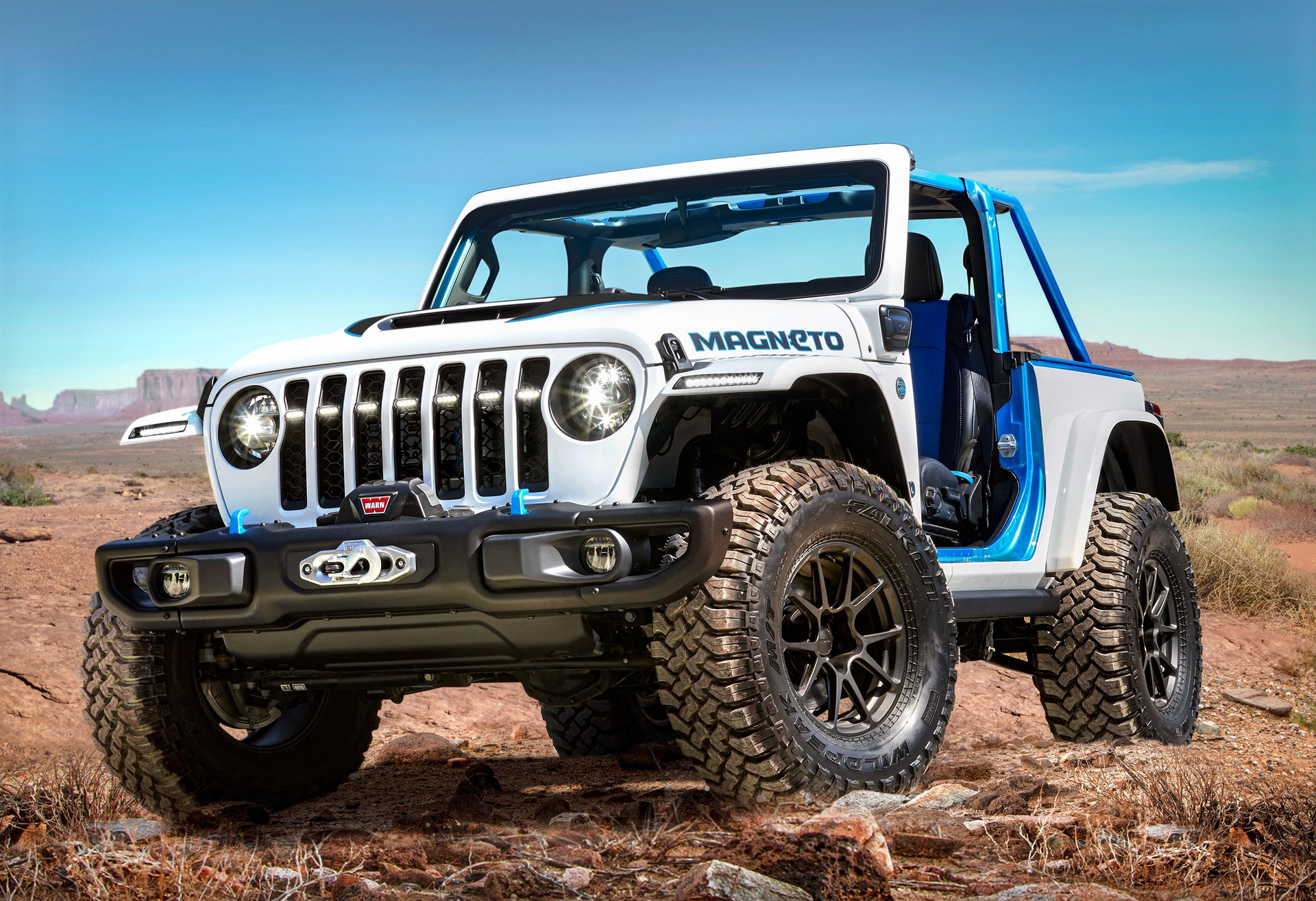 Hikers giving you grief for making a noise crawling over those boulders in your Jeep every weekend? Come 2022 you’ll be able to pound the trail in near-silence in the production version of this year’s Wrangler Magneto concept.

We don’t know the full details yet, but the concept has a single 285 hp motor and 70 kWh of battery split into four packs that Jeep says enables it to get to 60mph in 6.8 seconds. Strangely, it also features a six-speed manual transmission, though that may well disappear by the time the real thing arrives in early 2022. 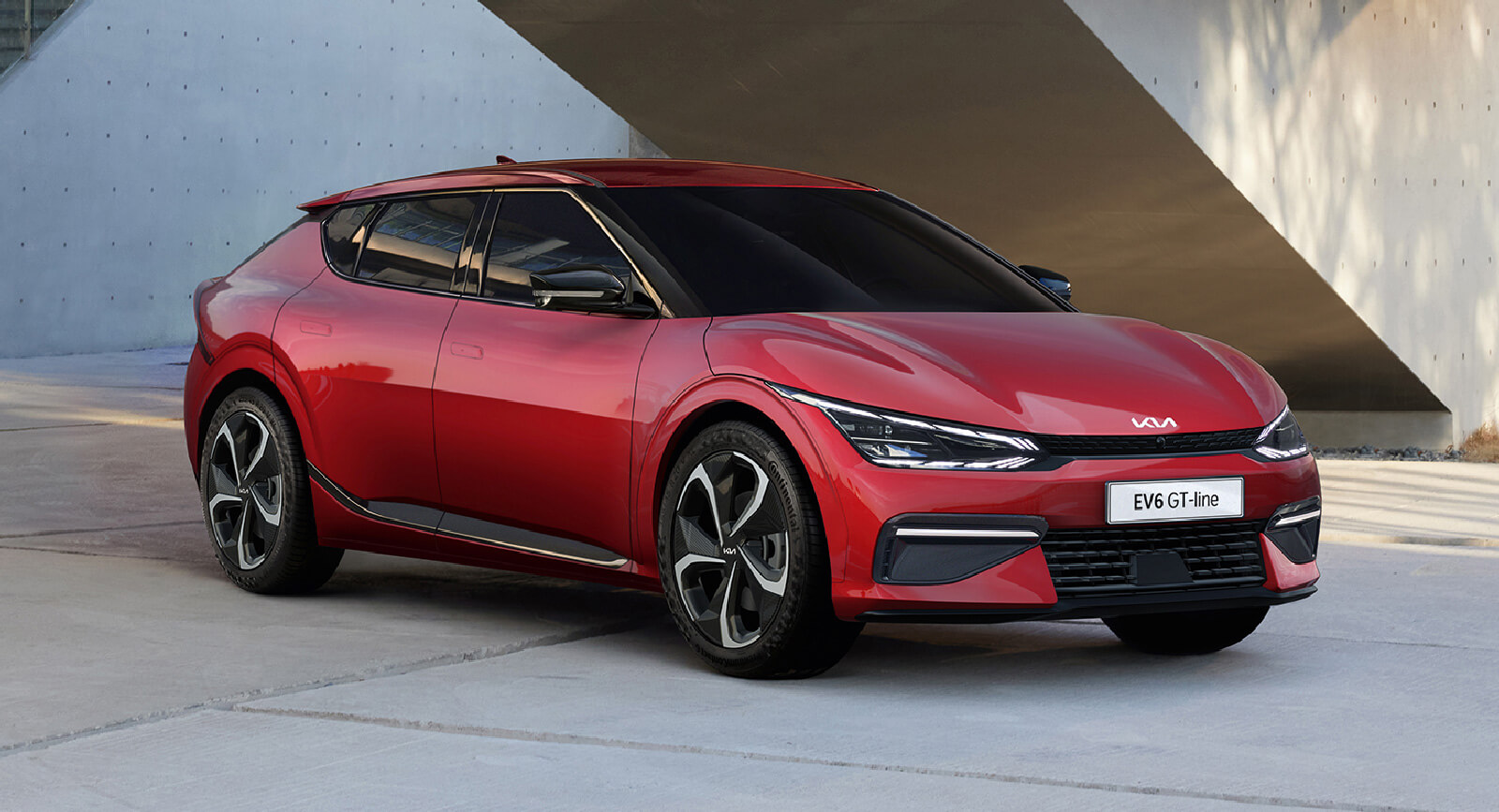 The last of three cars in this list riding on the E-GMP architecture is just one of 11 electric vehicles Kia is bringing to market before 2026. Visually, it’s a very different proposition to its Hyundai’s Ioniq 5 cousin, with a sportier crossover exterior design and more conservative, driver-focused interior.

Entry-level rear-wheel drive models with the 58 kWh battery make do with just 168 hp, but ticking the 77 kWh battery option ups that to 226 hp, or 321 hp if you go the all-wheel drive route.

That’ll get you to 62 mph in 5.2 seconds. Not bad until you discover the range-topping EV6 is a 577 hp monster that’ll do the same journey in just 3.5 seconds. US prices are still to be confirmed, but expect them to start in the mid $40s to compete with the Ford Mustang Mach-E. 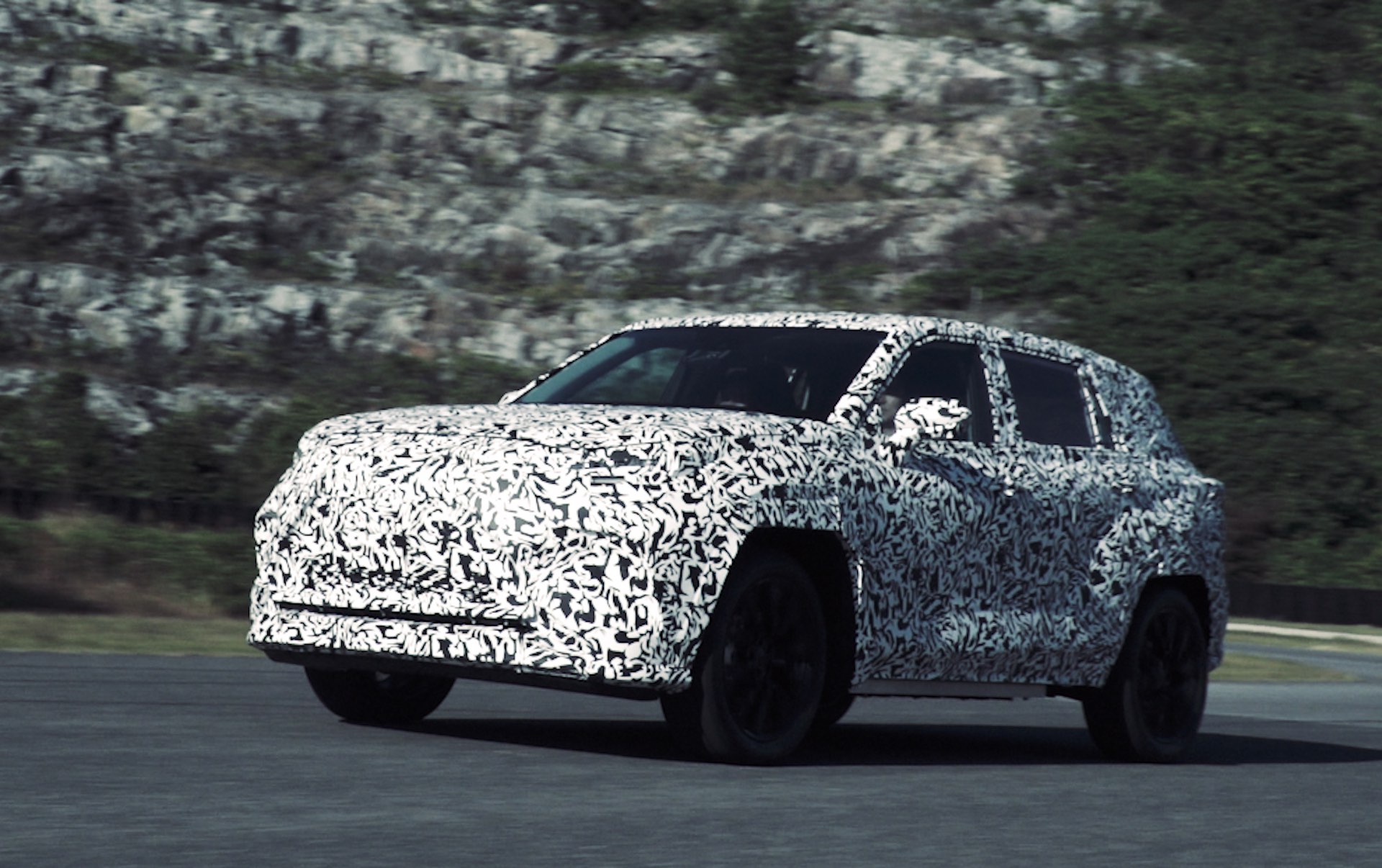 But Lexus claims it’s bringing two pure EVs to the US in 2021, almost certainly featuring the company’s new Direct4 torque-splitting four-wheel drive technology. Hopefully, at least one of those cars will look something like the recent LF-Z concept, which Lexus says hints at a new design direction.