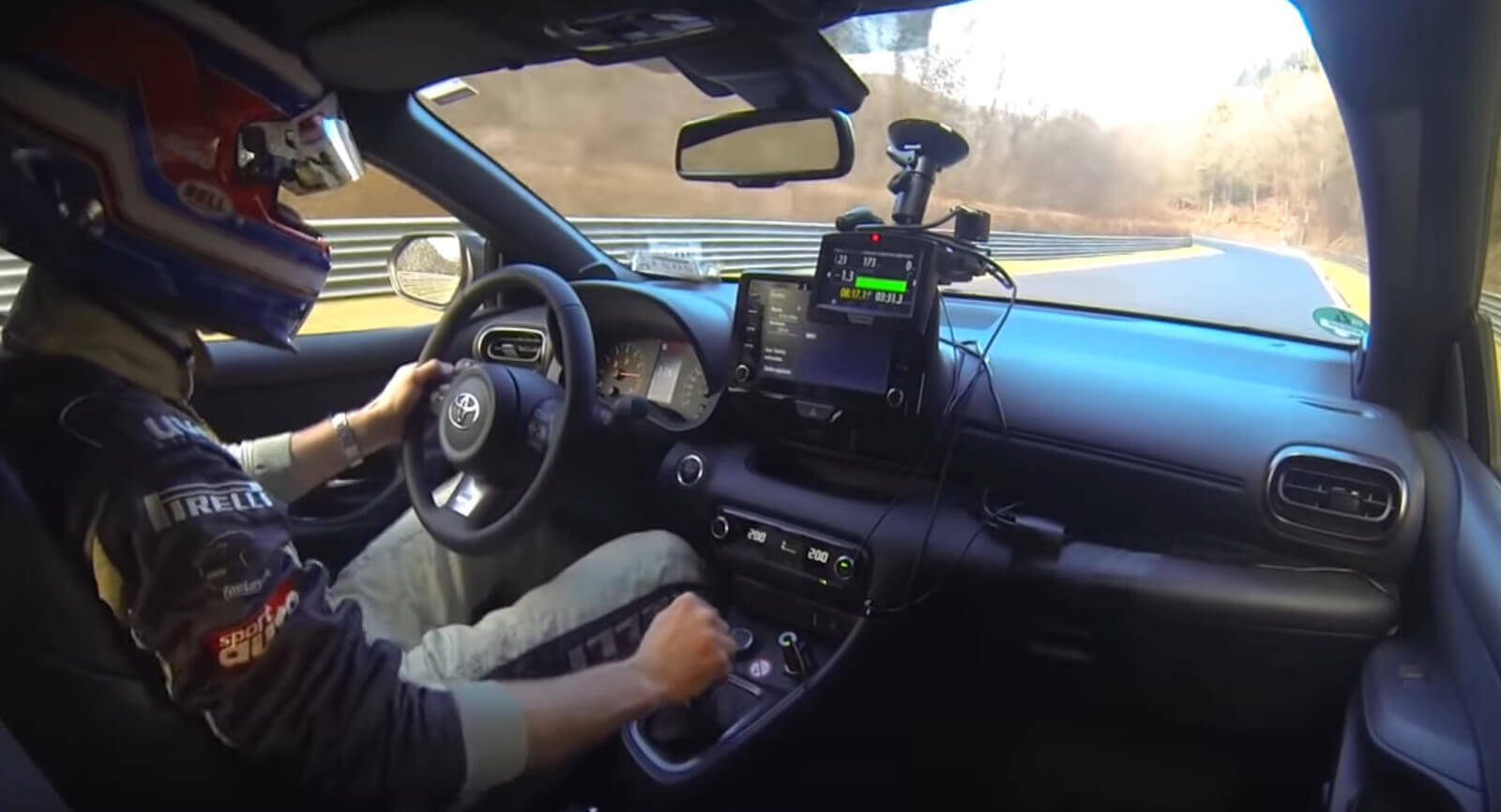 The Toyota GR Yaris has been hailed as one of the best hot hatches to have launched in the past few years. And more recently, it was set loose on the notorious Nurburgring Nordschleife.

Riding on Michelin Pilot Sport 4S tires, wrapped around 18-inch wheels that are part of the optional Circuit Pack that also brings Torsen front and rear limited-slip differentials and a performance tuned suspension, it completed the course in 8 minutes and 14.93 seconds.

Review: Toyota GR Yaris Is The Hot Hatch We’d Love To Get In The States

The current King of the ‘Ring in production cars is the Mercedes-AMG GT Black Series, which completed the shorter version of the circuit in 6:43.62, one second faster than the previous record-holder, the Lamborghini Aventador SVJ.

Nonetheless, while the new Black Series model from AMG and the Italian supercar have 720 HP and 759 HP respectively, and the ability to hit 60 mph in around 3 seconds, the GR Yaris packs a tiny 1.6-liter turbocharged engine. The most powerful three-pot fitted in a production model produces 257 horsepower and 266 pound-feet (360 Nm) of torque in the European model, which are channeled to both axles via a six-speed manual transmission. Flat-out, the hot hatch will do 143 mph (230 km/h) and will sprint from 0 to 62 mph (0-100 km/h) in less than 5.5 seconds.