It’s not exactly a cannonball record, but Volkswagen was eager to prove that the ID.4 could handle a (very) long trip, so they recently completed an 18-day tour of America.

The tour started in New York City and ended in Sacramento on March 30 (so that was a busy day for Volkswagen USA). Along the way it stopped in Washington, D.C.; Chicago, Illinois; Orlando, Florida; Marfa, Texas; Joshua Tree, California – and more.

“We proved exactly what we set out to do with this drive, which was to show that with a little planning, covering long distances in an EV can be easy,” said Dustin Krause, Director, e-Mobility, Volkswagen of America. “We met so many people on the road and were able to show off the ID.4 to the U.S., just as deliveries are starting to happen at dealerships.”

According to Krause, the ID.4 performed flawlessly, stopping at 32 Electrify America charging stations along the way and charging at overnight stops. 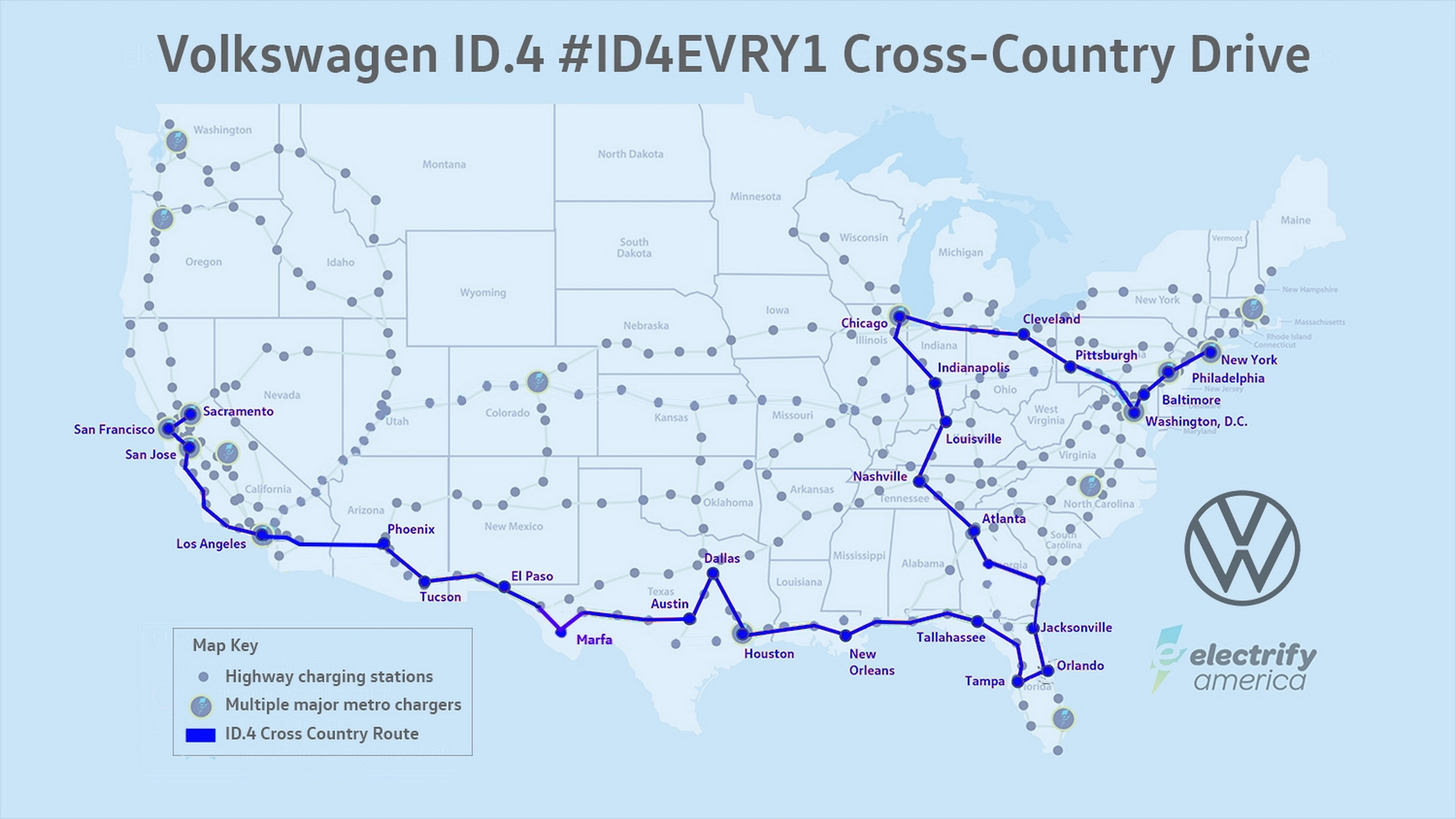 Porsche recently set the electric cannonball record using the non-Tesla charging network and proved that a cross-country trip could be accomplished in 44:25:59.

While getting across the country quickly is great and all, the reality is that most people may even want to stop to see some stuff along the way. This ID.4 drive proves that there’s more than just a corridor of EV chargers.

The Volkswagen ID.4 is currently only available in RWD configuration that makes 201 hp and 229 lb-ft of torque and gets an EPA estimated range of 250 miles.

The team filmed their trip and you can watch the first video below. A short documentary is being produced and will launch in the coming weeks.