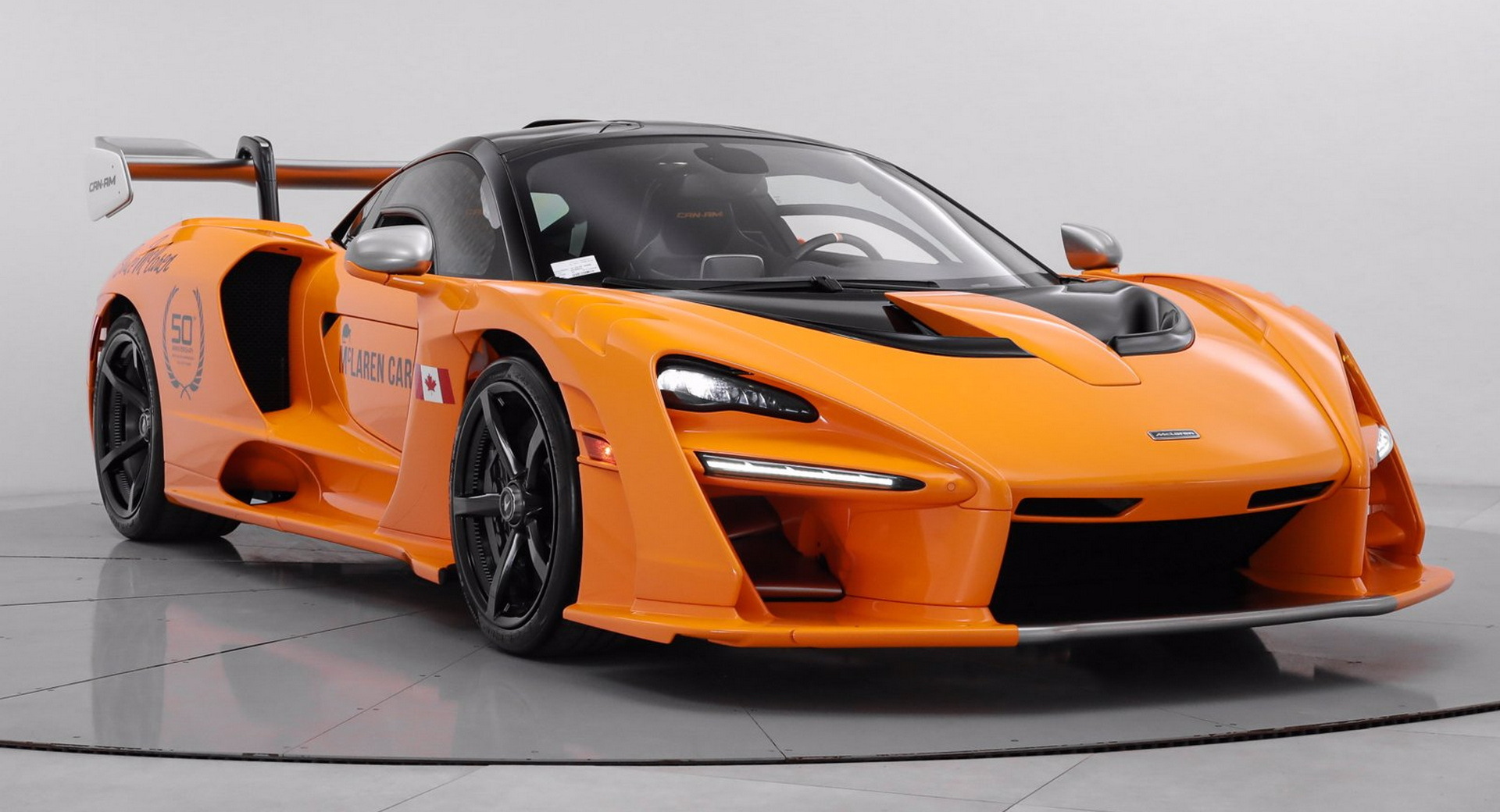 A McLaren Senna Can-Am with just 44 miles on the odometer is up for sale. Offered by Ferrari of Fort Lauderdale, Florida, and available for your perusal on eBay, it comes with a $3,087,800 asking price.

The 2019 Senna Can-Am was built to commemorate the 50th anniversary of McLaren’s dominant showing during the 1969 Can-Am race series, and just three were ever offered. The most extreme roadgoing version of the Senna, the Can-Am is reported to have an engine with the same output as the track-only Senna GTR.

That means its twin-turbo 4.0-liter V8 makes 814 hp, or 25 more than the standard Senna. It does not, however, feature the GTR’s bodywork or extensive aero upgrades.

It does, however, feature a Canadian flag on the front fender as well as Denny Hulme’s and Bruce McLaren‘s names on either side, to commemorate the drivers’ roles in McLaren’s Can-Am dominance.

As the third example of three, it’s even rarer since it’s the only one to feature a hand-painted 50th Anniversary commemorative badge on its right-hand rear flank.

Among the Can-Am’s other features are a carbon fiber engine surround, orange McLaren paint, racing wheels with center locks, and 24-carat gold heat shield in the engine bay, to name just a few.

If you’re curious why the 1969 Can-Am season was worth remembering, that’s because it featured 11 races, all of which were won by the McLaren works team, with Bruce McLaren taking the driver’s championship.

Those wondering why McLaren chose to make three of these can check out the video above, in which Denny Hulme explains that, by the end of the season, McLaren qualified three cars for its two drivers just in case one of them faced any mechanical difficulties.

You can check out the full listing at Ferrari of Fort Lauderdale’s website.