Our spy photographers have just caught a new, spicier version of the M4 testing in Germany and the suggestion is that it might be the CSL version.

The first rumors of the CSL’s return came in February when an anonymous but well-regarded user posted to the Bimmer Post forum suggesting that the legendary nameplate could return.

The name stands for Coupe Sport Leichtbau (or lightweight) and it has appeared twice before. First, on the legendary 3.0 CSL of the ’70s and then again for the 2004 M3 CSL. Available in just two colors (black and silver) the E46 M3 CSL featured a carbon-fiber roof, carbon fiber body panels, and thinner glass on the rear window.

As the name suggests, we would anticipate that the M4 CSL would go on a similar weight-saving regimen. Sadly, we don’t know precisely where the weight savings will come from yet. 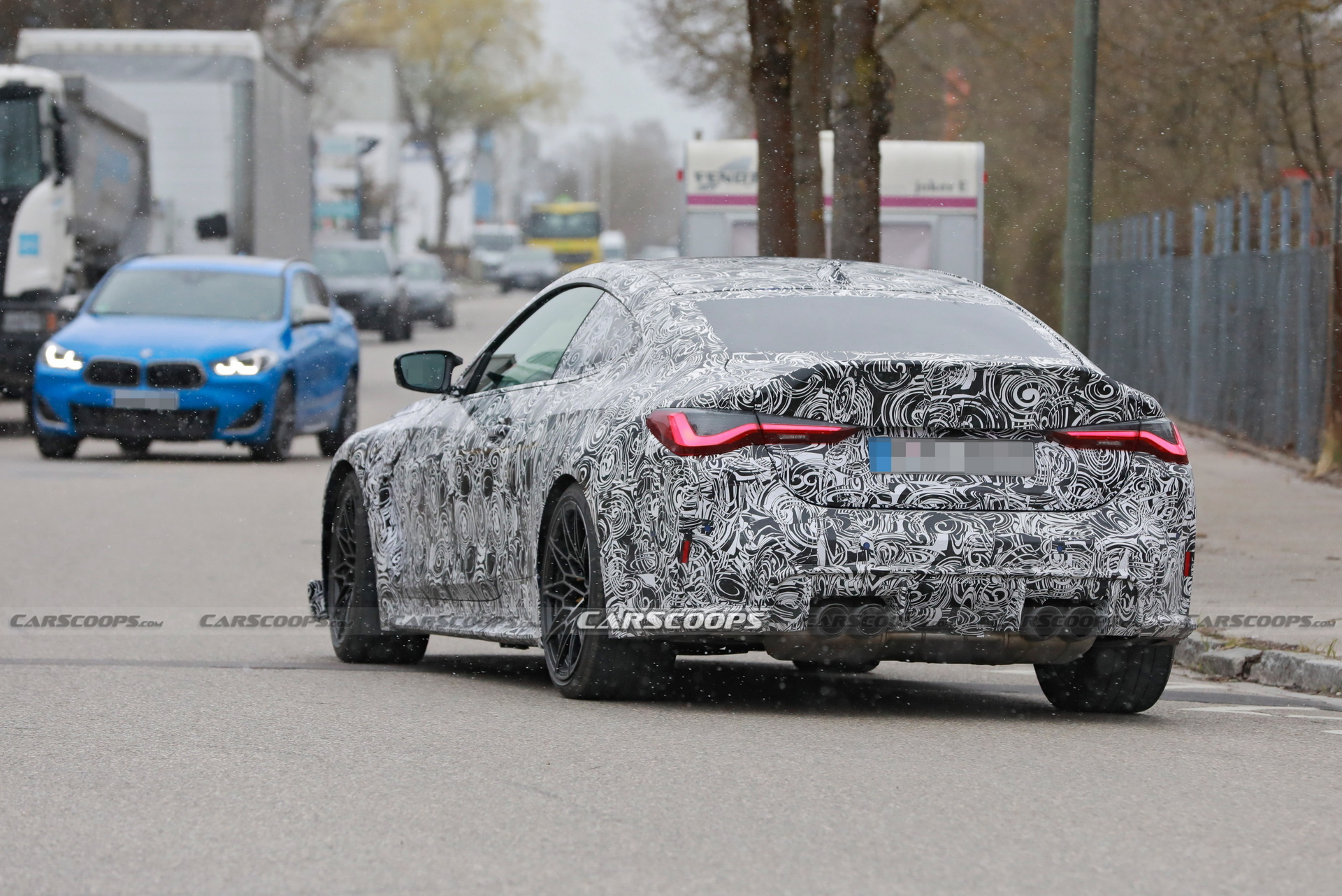 If the M4 CSL team wanted to, it could look to the recently unveiled M5 CS for inspiration, though. That car gets a carbon composite hood, roof, front splitter, mirror caps, diffuser, and rear spoiler. BMW also removed soundproofing in order to shave 230 lbs (104 kg).

It also featured a 627 hp version of the M5’s 4.4-liter V8, up from 617 hp in the Competition model. BMW has billed the M5 CS as the most powerful car it has produced.

In its most powerful trim, the M4 Competition makes 503 hp and 479 lb-ft of torque. It seems reasonable to assume that BMW will be capable of tuning it for more, given the results that independent dyno tests have returned.

That said, though, little is known for sure for now. Sadly, we’ll reportedly have to wait until 2022 until we know anything for sure.