Just a month after previewing its all-electric Wolf pickup truck, Alpha has unveiled a slightly larger variant dubbed the Wolf+.

The vehicle is essentially an extended-cab version of the standard Alpha Wolf that includes rear-hinged half-doors and a second-row of seats. While the cab is slightly longer than the standard model, very few other changes have been made, although the vehicle pictured is rocking a roof cage that the standard Wolf doesn’t.

Read Also: Alpha’s New Wolf Electric Pickup Looks Like It Came Back From The Future

Underpinning the Alpha Wolf+ is the same platform as the JAX, another vehicle that Alpha is developing but has so far only previewed with some detailed renderings. The pickup can be equipped with a 75-85 kWh battery pack that provides it with an impressive 275 miles of range. Different motor configurations will be available that send power to either the front or all wheels. 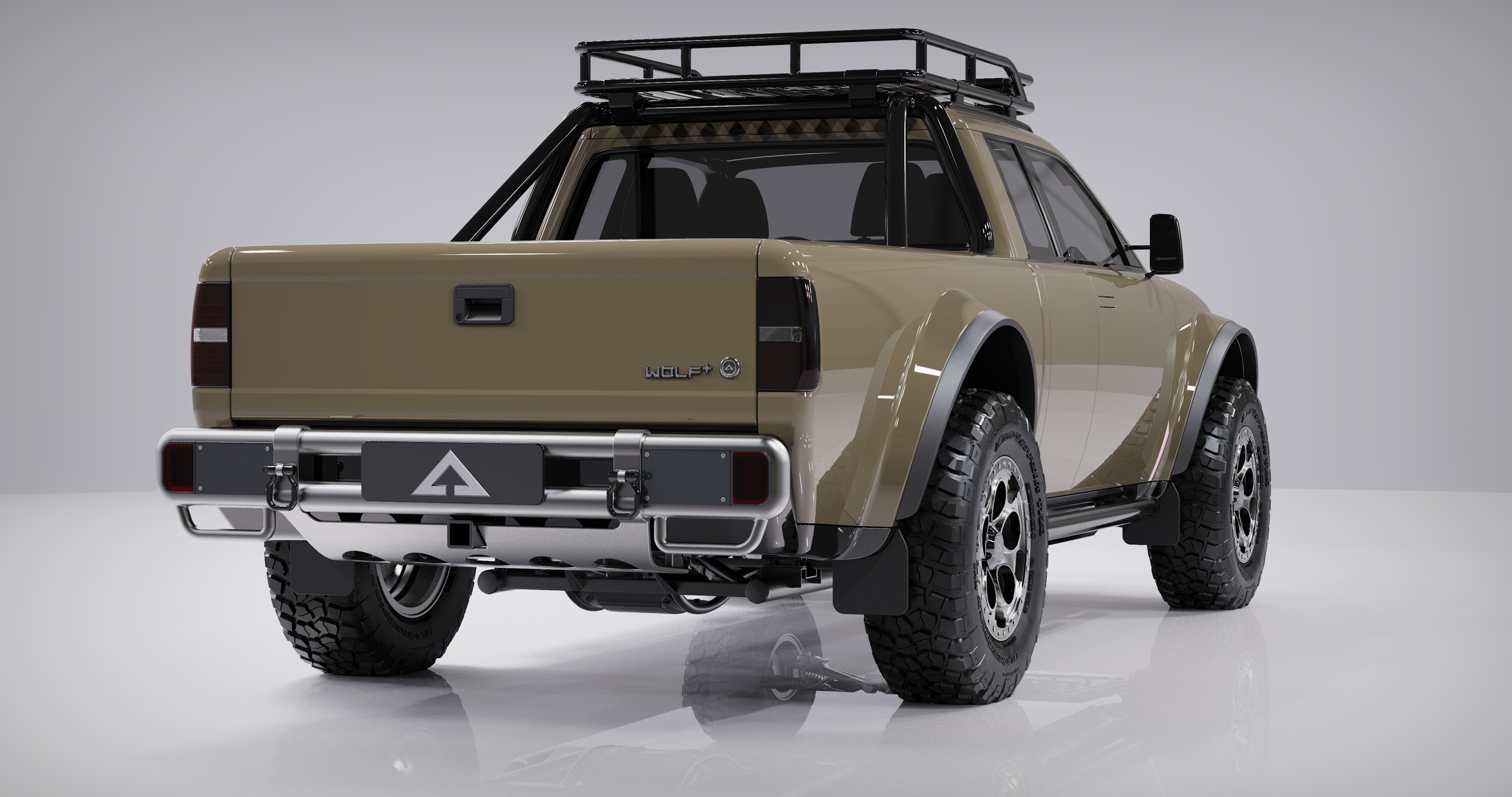 Alpha hasn’t released dimensions of the Wolf+ but has confirmed that its bed remains the same size as the standard model. As a result, it is 65-inches long by 59-inches wide and 16-inches deep. Customers will also be able to have Alpha install a large solar panel in the bed that will, presumably, help to power some of the ancillary systems.

The car manufacturer expects to sell the Wolf+ for between $40,000 and $48,000, making it a touch more expensive than the standard Wolf that runs between $36,000 and $46,000 depending on specification. Alpha is currently accepting reservations for the Wolf+ but doesn’t expect to start deliveries of its electric models until 2023 at the earliest.