The Ford Maverick is shaping up to be the antidote to pickups which continue to grow in size and price.

Despite this, the Maverick Truck Club has envisioned what a possible Raptor variant could look like.

While the chances of this happening seem slim, the renderings depict a slightly more aggressive truck with black fender flares and five-spoke alloy wheels wrapped in meaty off-road rubber. We can also see side steps and prominent front fender vents.

The rear end appears relatively stock, apart from a tonneau cover and Raptor badging. The model presumably has a lifted suspension as well, and the end result looks pretty good.

Also Read: The 2022 Ford Maverick Will Mark The Return Of The ‘Small’ Pickup 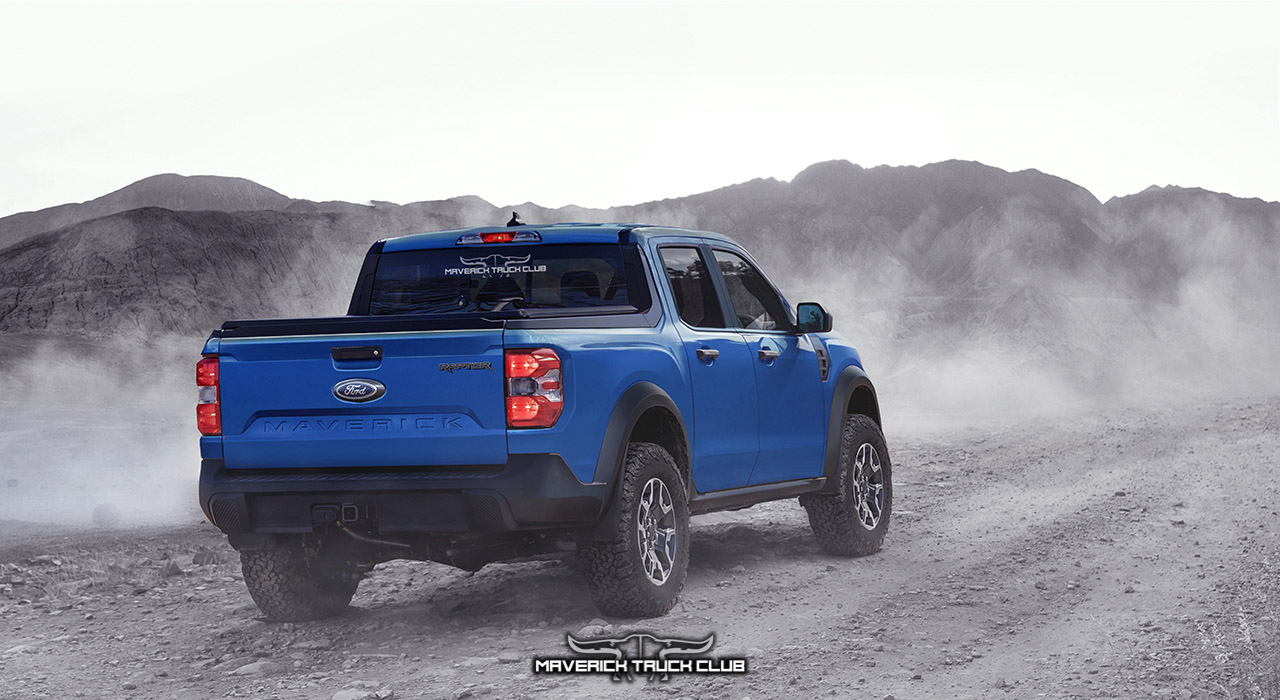 Sadly, the Maverick Raptor could remain a digital creation. However, it wouldn’t be too hard to create your own if the aftermarket embraces Ford’s upcoming pickup.

The 2022 Maverick is expected to be introduced later this year and reports have suggested it could start at less than $20,000. If Ford can achieve the latter, the pickup could fly off dealer lots.

Note: These renderings were created by Maverick Truck Club and are not related to or endorsed by Ford 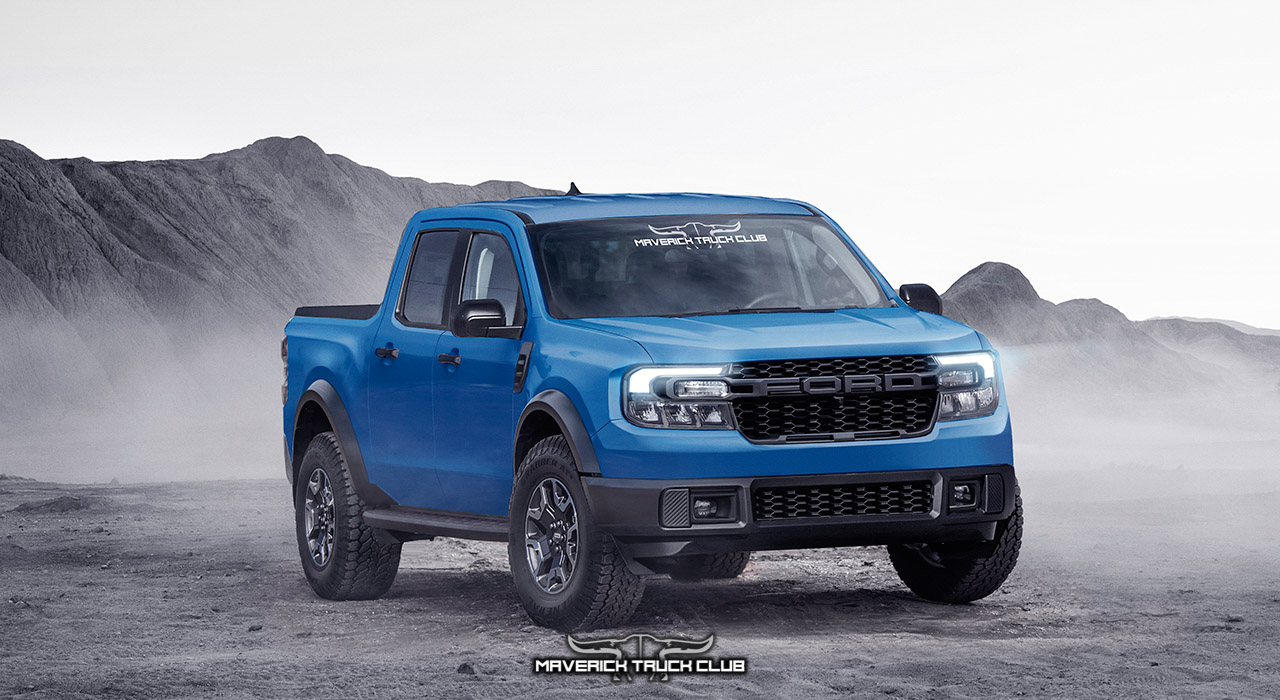