With off-roading’s recent spike in popularity, many manufacturers have tried their hand in creating vehicles designed to go off the beaten path. And while many are very capable, they all have to make some sacrifices in order to still be decent road cars. However, that’s not the case with this purpose-built “Volkswagen” Sandrail.

The vehicle was built from scratch by Off-Road Buggy Supply in Yuma, Arizona, and is currently up for auction on Cars & Bids. It’s titled in Texas, where, believe it or not, it’s actually street legal. All the proper modifications, including lights, turn signals, and mirrors, were made to ensure it was suitable for road use. It even includes a spare set of street tires if you don’t want to wear down the paddles it currently rides on.

While its frame was custom built, the drivetrain comes from a Volkswagen, hence why this Sandrail is listed as one. The engine is a modified VW 1.8-liter air-cooled flat-four based on the Beetle‘s powerplant, with the addition of larger cylinders, a Weber double-barrel carburetor, and an EMPI intake manifold. Power output is neither known nor listed, but given how light this vehicle is, whatever it’s sending to the rear wheels via its four-speed manual is likely more than enough. 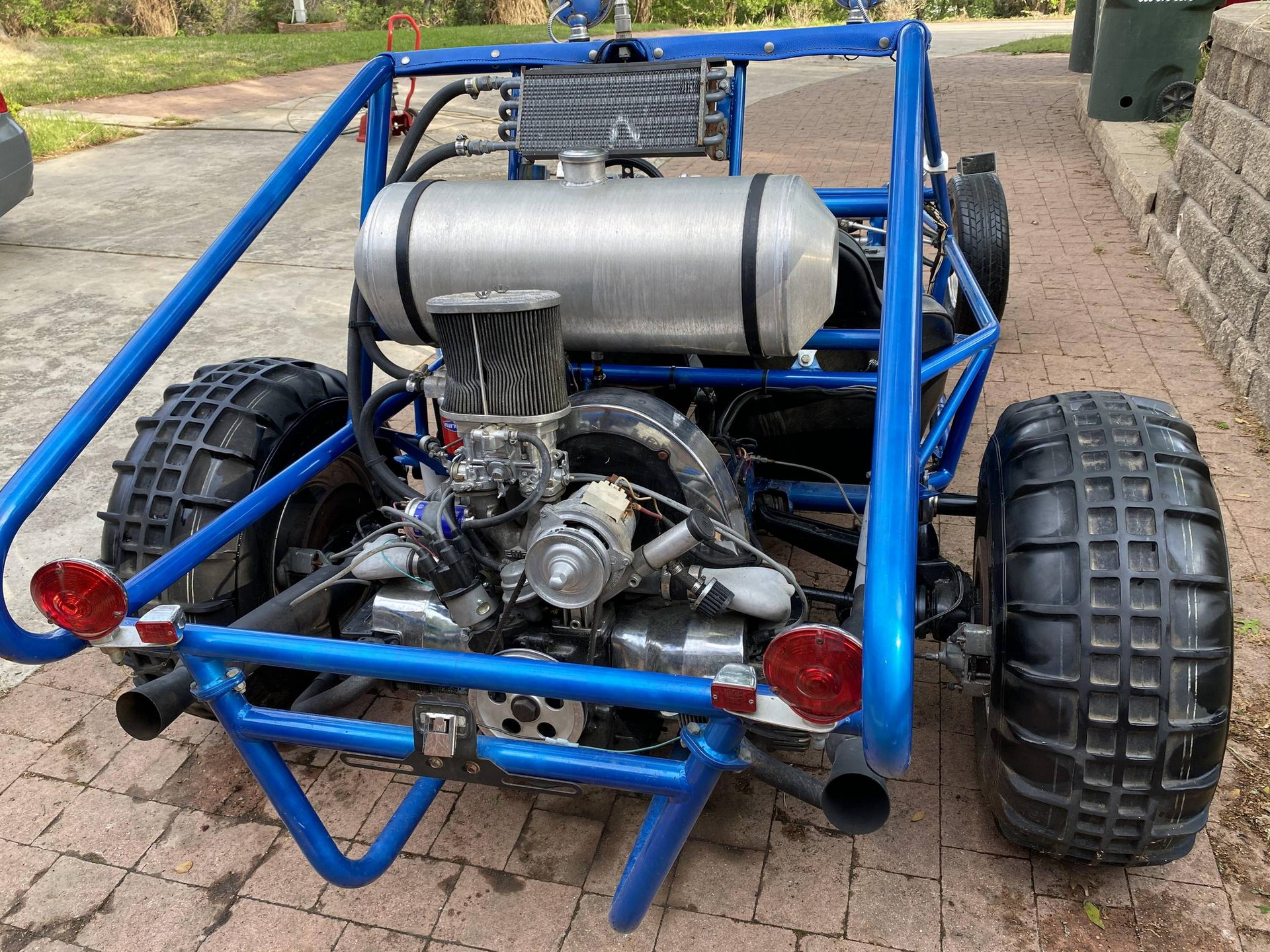 On the inside, the buggy features two racing seats with RJS harnesses, an EMPI shift knob, and a CNC-machined pedal box. It doesn’t have an odometer, so the mileage is unknown, but we’d imagine it wouldn’t be too much given the type of vehicle this is. Other than that, the rest of the car seems to be in pretty solid shape, so whoever walks away with it at the end of the auction will have one nice toy.