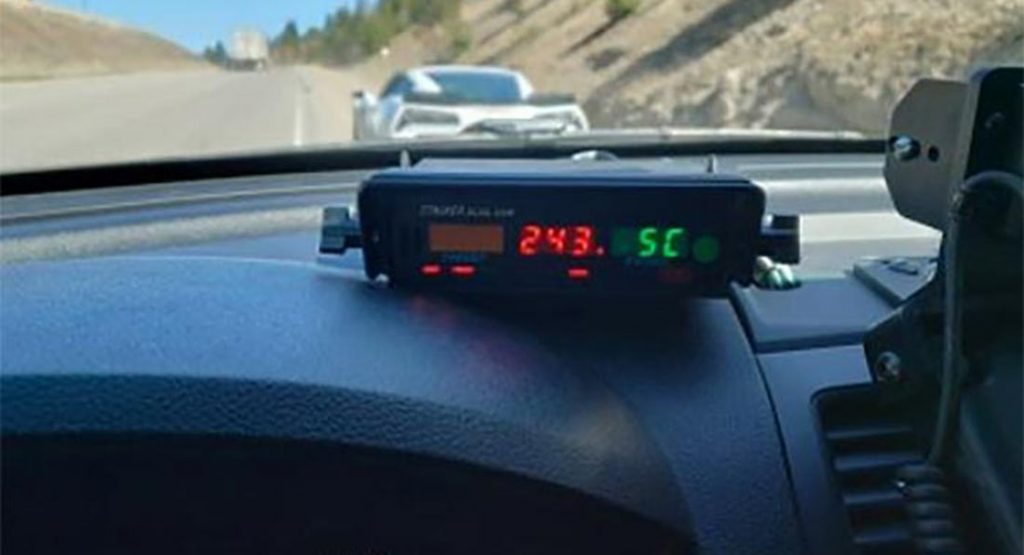 The driver of a C7 Corvette Stingray has had their vehicle impounded after being nabbed doing more than twice the speed limit in Canada.

The British Columbia Royal Canadian Mounted Police pulled over the man on April 17 approximately 35 km south of the city of Merritt. Using a radar gun, an officer nabbed the Corvette traveling at 243 km/h (151 mph).

“The driver was issued an Appearance Notice for excessive speed, meaning that the driver must appear in Court, where, upon conviction, penalties may be significantly higher than the maximum fine allowed by serving a ticket,” spokesperson Cpl. Mike Halskov told RadioNL. “In addition, the vehicle was impounded and the officer is considering other options, including submitting a High Risk Driver report to RoadSafetyBC requesting a lengthy driving prohibition.”

Read Also: The Chevrolet Corvette Remains The Fastest-Selling New Car In The U.S.

A photo of the Blade Silver C7 Corvette pulled over to the side of the road was shared online by local authorities.

“Driving is a privilege and B.C. is a leader when it comes to holding drivers accountable for their actions,” added Halskov. “Police remind motorists to obey speed limits, wear seatbelts, drive sober, and distraction-free every time you get behind the wheel.”

This is far from the only time that a Corvette has been pulled over in North America for driving at very high speeds on public roads. In June 2020, we wrote about a silver C6 Corvette that was stopped by police in South Dakota after being clocked at 131 mph (210 km/h) in an 80 mph (128 km/h) zone. 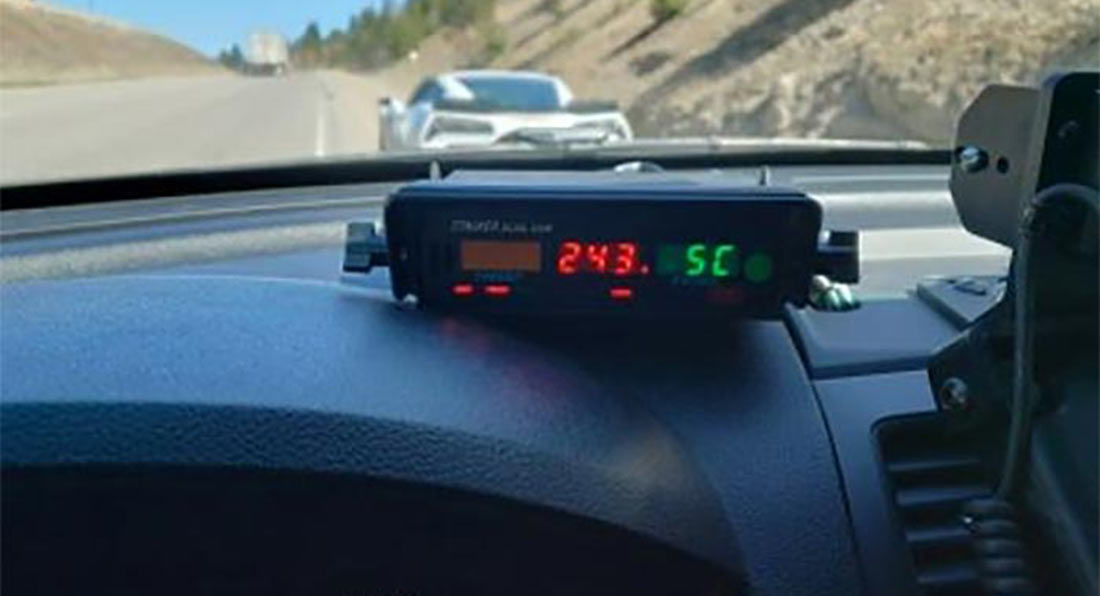