The plague of Ford Mustang crashes currently sweeping across Europe continues and this latest incident involves a Mustang Convertible and one overconfident driver.

The incident happened in the Ukrainian city of Kiev with the driver of the Mustang losing control on a damp motorway and as is so often the case with Mustang crashes, it appears to have been triggered by the motorist attempting to impress onlookers.

Watch Also: The Curse Of The Ford Mustang Driver Has Spread To Eastern Europe

Initially, the Mustang is seen pulling out of what looks like a side road and accelerating onto the highway. As the driver picks up a bit of speed, the rear of the muscle car begins to twitch but rather than easing up on the throttle, the driver continues to accelerate, prompting the rear tires to lose traction and for the rear of the car to step out. Unable to correct the slide, the driver hits the brakes and slams into a post near a bus stop. 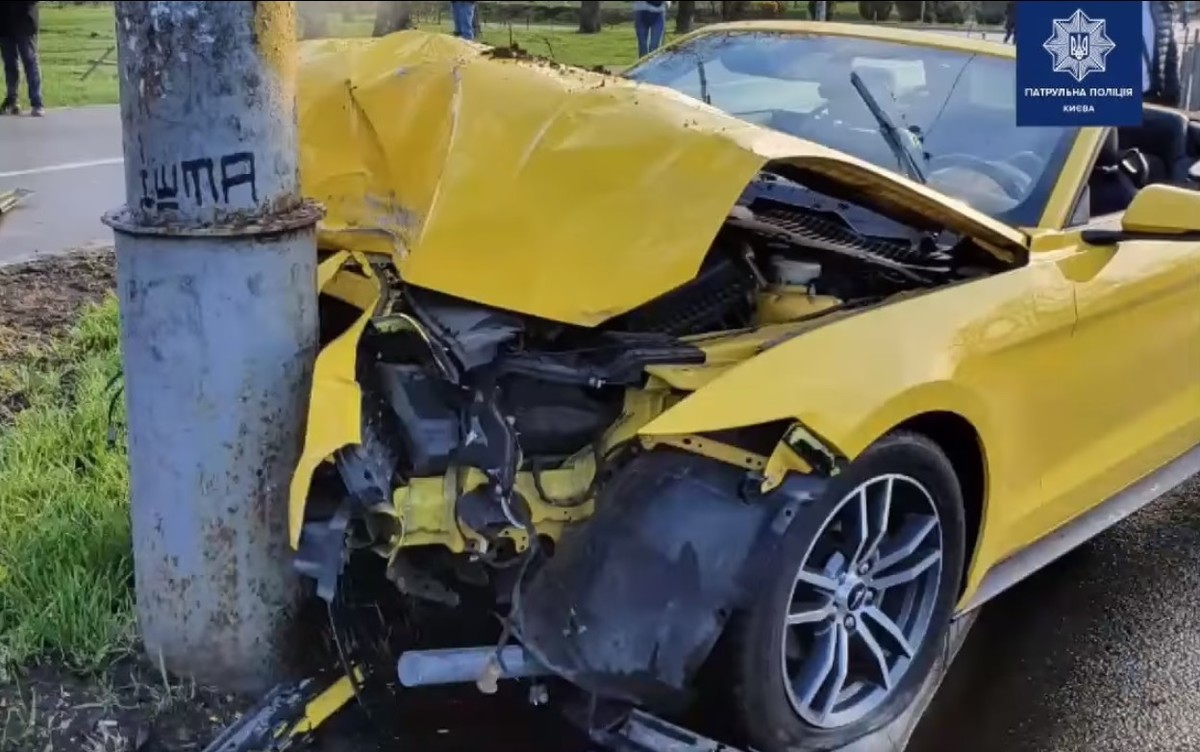 Images taken in the aftermarket of the crash confirm that this wasn’t a minor impact either. In fact, the collision with the pole has totally destroyed the front of the Mustang, smashing the bumper, crumpling the hood, and no doubt causing damage to not only the front crash structure of the car but also to its engine. We can also see that the driver’s airbag was deployed in the crash.