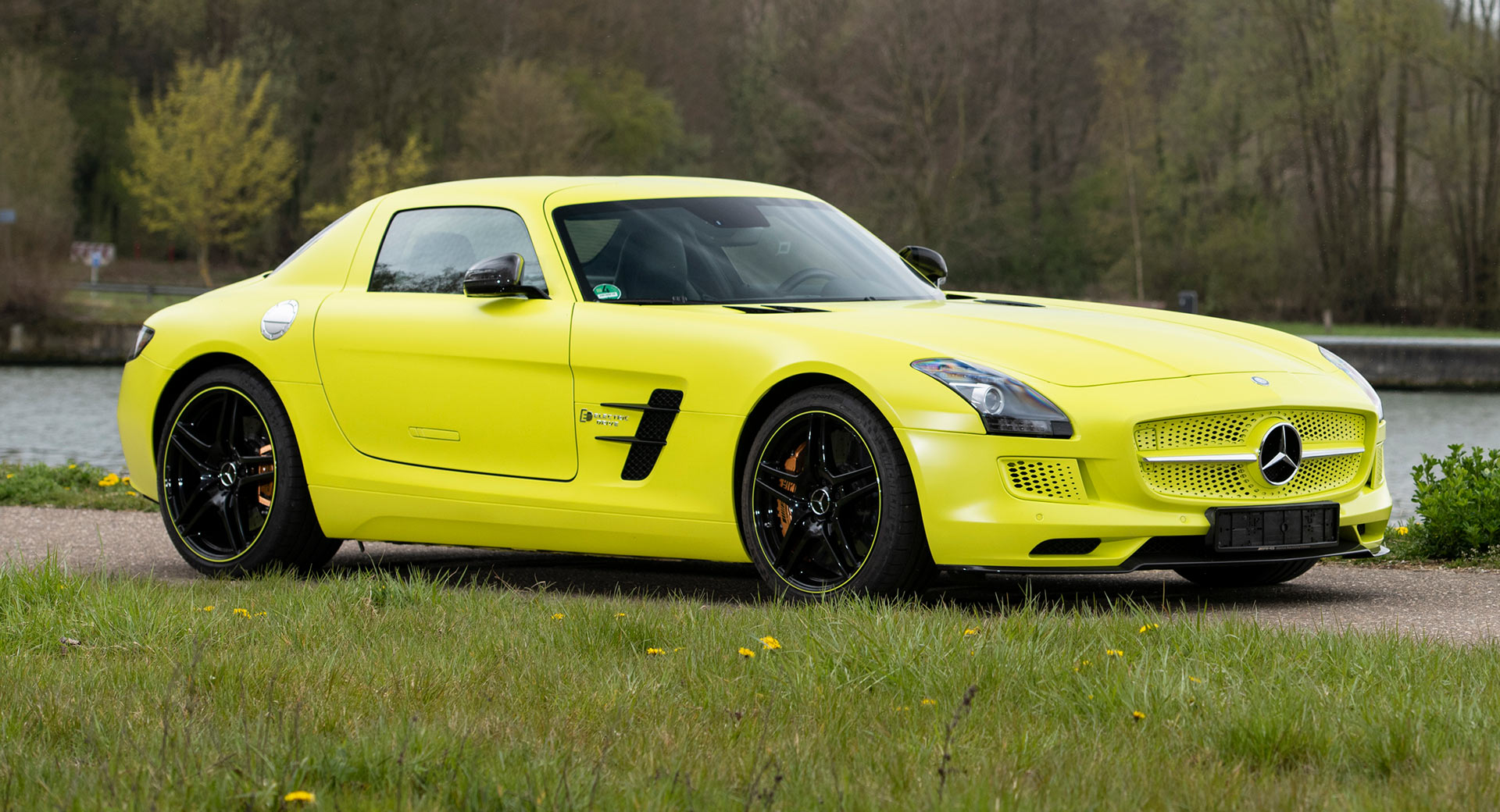 Mercedes-Benz only manufactured less than 100 examples of the SLS AMG Electric Drive and one of them is now up for sale through RM Sotheby’s private sales website.

The car was unveiled at the Paris Motor Show in 2012 and deliveries began the following year. Much like the Audi R8 e-tron, the SLS AMG Electric Drive hit the market before the market’s current fascination with electric vehicles really kicked off. It was also extremely expensive, costing over €400,000, so it’s little surprise that so few were built.

This particular SLS AMG Electric Drive was delivered new to Switzerland although it currently resides in the Netherlands. It has a touch under 3,800 km (2,361 miles) on the odometer and underwent its most recent service in May of 2018 at 2,297 km (1,427 miles). The listing confirms it is accompanied by a file of service invoices from Mercedes-Benz authorized service centers and is finished with Green Electric paint over black wheels and a black leather interior.