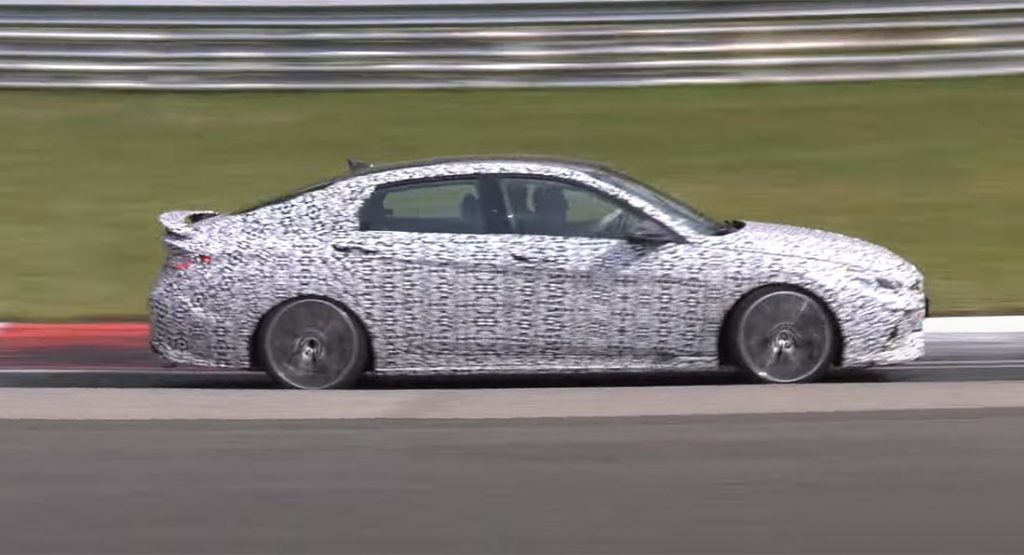 Hyundai will soon grow its range of N models even further with the launch of the Elantra N and this video shows the sports sedan being put through its paces at the Nurburgring.

Late last year, a handful of lucky journalists and YouTubers in the U.S. had the opportunity to test out the Elantra N in prototype guise and all seemed very impressed with what Hyundai has cooked up. During this clip, we can see that just like other N models from the South Korean car manufacturer, the Elantra N won’t just sound the part but will also be capable of some very impressive performance feats.

Read Also: Hyundai Might Launch The Elantra N In Europe If You Ask For It

Anyone who has driven models like the i30 N and Veloster N will tell you that they are among the best value performance cars on the market and we expect no different from the Elantra N.

Early signs point towards the sports sedan featuring Hyundai’s familiar 2.0-liter turbocharged four-cylinder pumping out a cool 275 HP. Like the i30 N and Veloster N, power will be sent exclusively through the front wheels and customers will have the option of either a six-speed manual or an eight-speed dual-clutch.

Hyundai has made no secret of the fact that it is developing the Elantra N with the U.S. market in mind but recently admitted that it could bring it to Europe if there is enough demand for it. It will also be sold in Australia where it will be badged as the i30 N Sedan.