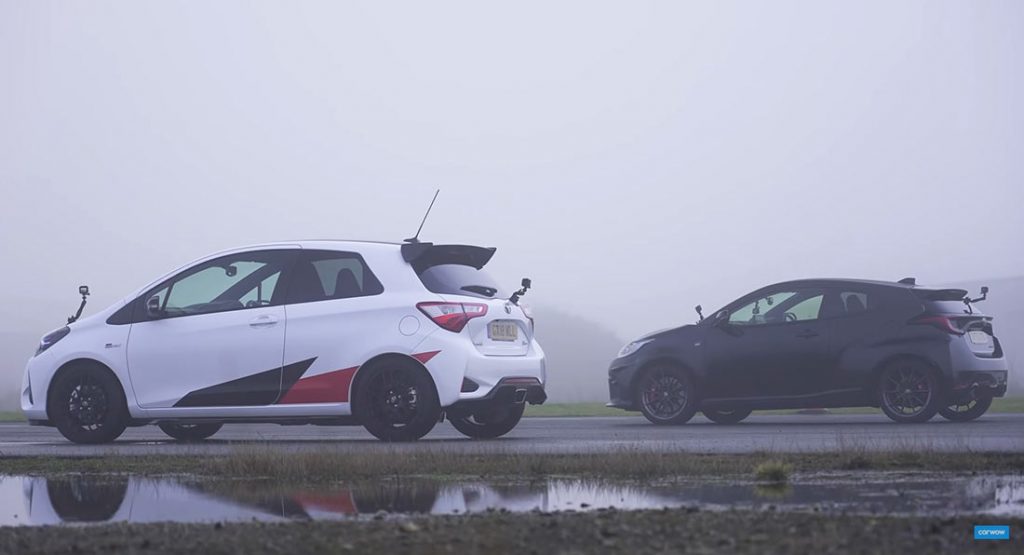 A few years before the Toyota GR Yaris launched, the Japanese car manufacturer revealed the GRMN Yaris, its first attempt at a proper hot hatch.

Eager to see how the Yaris GRMN compares to the new GR Yaris, Carwow was able to gather the two together for a series of performance tests. While the results aren’t surprising, the video is still fun to watch.

The GR Yaris has a significant power advantage over its spiritual predecessor. In fact, thanks to a new 1.6-liter turbocharged three-cylinder, it produces 257 hp and 266 lb-ft (360 Nm) of torque in UK spec and is also all-wheel drive.

The first test is a drag race that was performed in wet conditions, giving the GR Yaris an obvious advantage. Despite struggling for grip off the line, the GRMN performed quite valiantly and once it was up to speed, it was able to accelerate almost as hard as the new model.