The C8 Corvette Stingray hasn’t even officially launched in Europe and already, a tuning company by the name of NAP Sportauspuff Manufaktur has released a host of upgrades for the mid-engined sports car.

Most notably, the aftermarket specialist has developed an aerodynamic package for the car that includes a pronounced front splitter, enlarged front air intakes, new rocker panels, and new side air intakes, all made from carbon fiber. Making the car stand out even further is a carbon fiber rear wing similar in design to the High Wing offered by Chevrolet itself. The tuner says this wing isn’t just for looks and helps boost the car’s downforce levels. 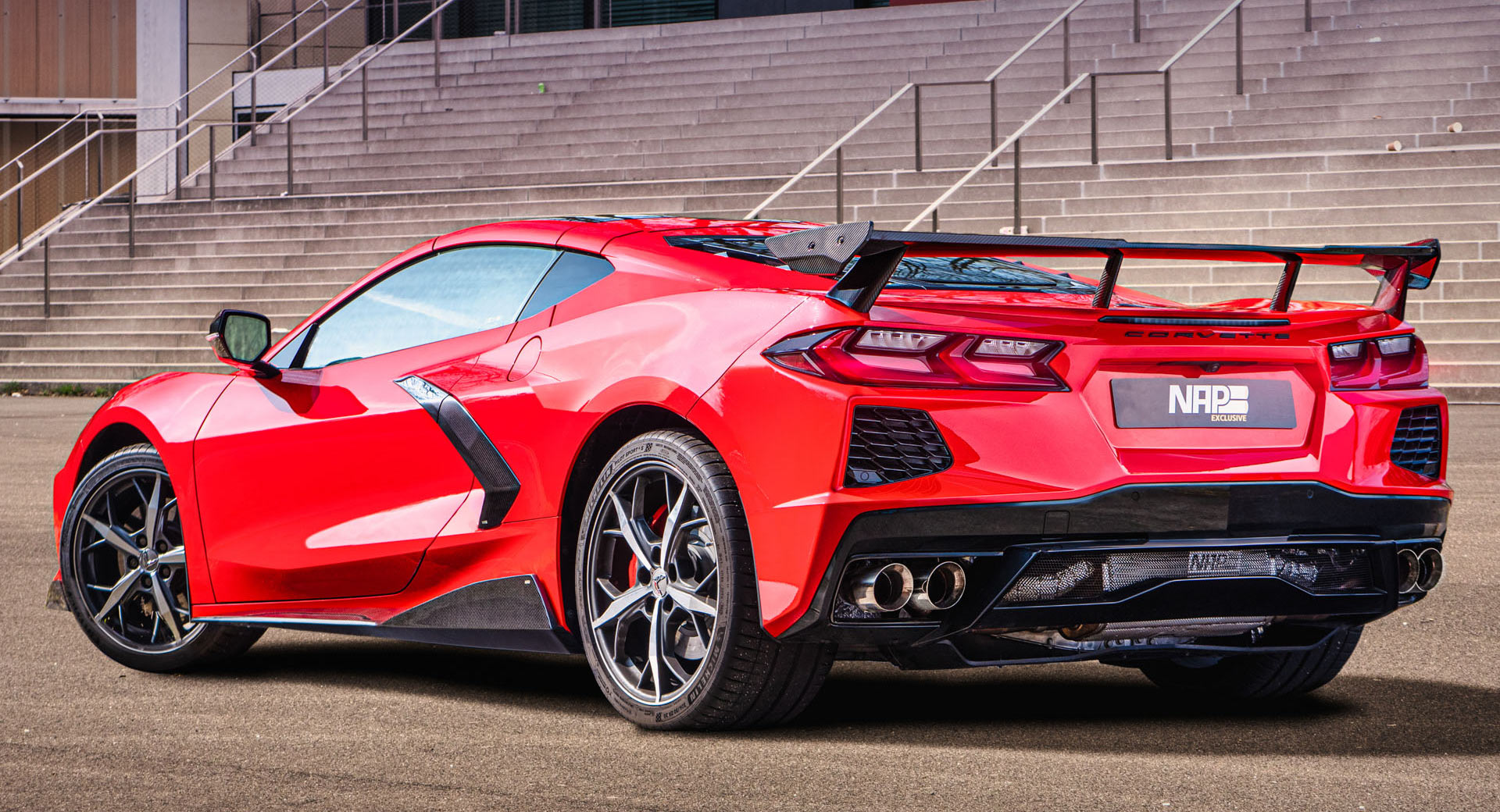 Elsewhere, NAP Sportauspuff Manufaktur has created a stainless steel exhaust system that includes an electronically-adjustable valve control system that can open and close in just a few milliseconds. According to the tuner, “the Corvette’s ‘voice’ can range from a sonorous growl to a full-bodied motorsport roar.” Customers can opt to have the tailpipes in stainless steel, ceramic-coated, or with a carbon fiber coating.

The tuner hasn’t made any mention of horsepower and torque gains achieved with the new exhaust but does state that the car now accelerates from 100 km/h (62 mph) to 200 km/h (124 mph) almost one second faster than a standard C8. The car’s top speed is also claimed to be 1 to 3 per cent higher.