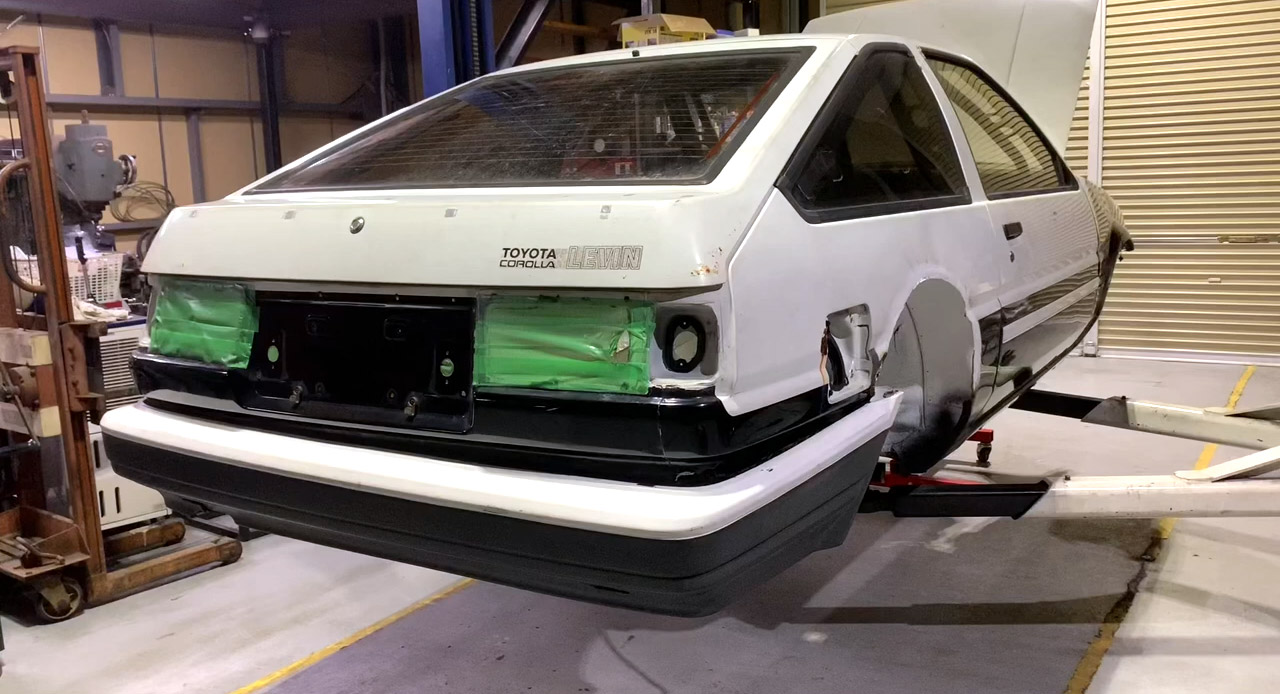 The AE86 Toyota Corolla has seen a return to popularity in recent years, with the spritely little car being used for all sorts of builds in just about every discipline of motorsport you could think of. One of those is a GR Yaris-powered drift car, and Speedhunters’ Dino Dalle Carbonare has been documenting the impressive project.

The AE86, which is currently stripped down to a bare chassis and awaiting fabrication work, comes from a shop in Japan called Daddy Motor Works. The owner, Oto-san, takes on all kinds of modification projects large and small alike, but this particular one is for himself.

The G16E-GTS is significantly taller than the AE86’s original 4A-GE, so it will be sticking out a bit above and below the engine bay, with management of the powerplant to be taken care of by a standalone Link Fury X ECU hooked up to a custom wiring harness.

On top of that, the car also features other components from some more of Toyota’s most renowned vehicles, including the transmission from a modern GT86 (although Oto-san wants to swap in a sequential down the line), the rear end from an S110 Crown, and the differential from an Altezza.

Overall, this build seems like it will end up as a perfect potpourri of some of Toyota’s finest cars, and it should be exiting to see when Oto-san tentatively debuts the finished product at next year’s Tokyo Auto Salon.