Say hello to the new Hyundai Santa Cruz, spotted in what we believe is the first time such a production model has been seen out in the open on US soil since its introduction. While Hyundai’s compact pick-up has already been revealed online, US deliveries won’t start until Summer 2021.

Initially shown in concept form back in 2015, the Santa Cruz has generated a fair amount of buzz thanks to its combination of good looks and compact size. It’s noticeably smaller than most other pick-ups — even the smallest currently on offer in the US. The Santa Cruz measures just 195.7-inches long, which is less than the 212.2 inches of the Toyota Tacoma, 210 inches of the Honda Ridgeline, and the 205.5-inch Nissan Frontier. 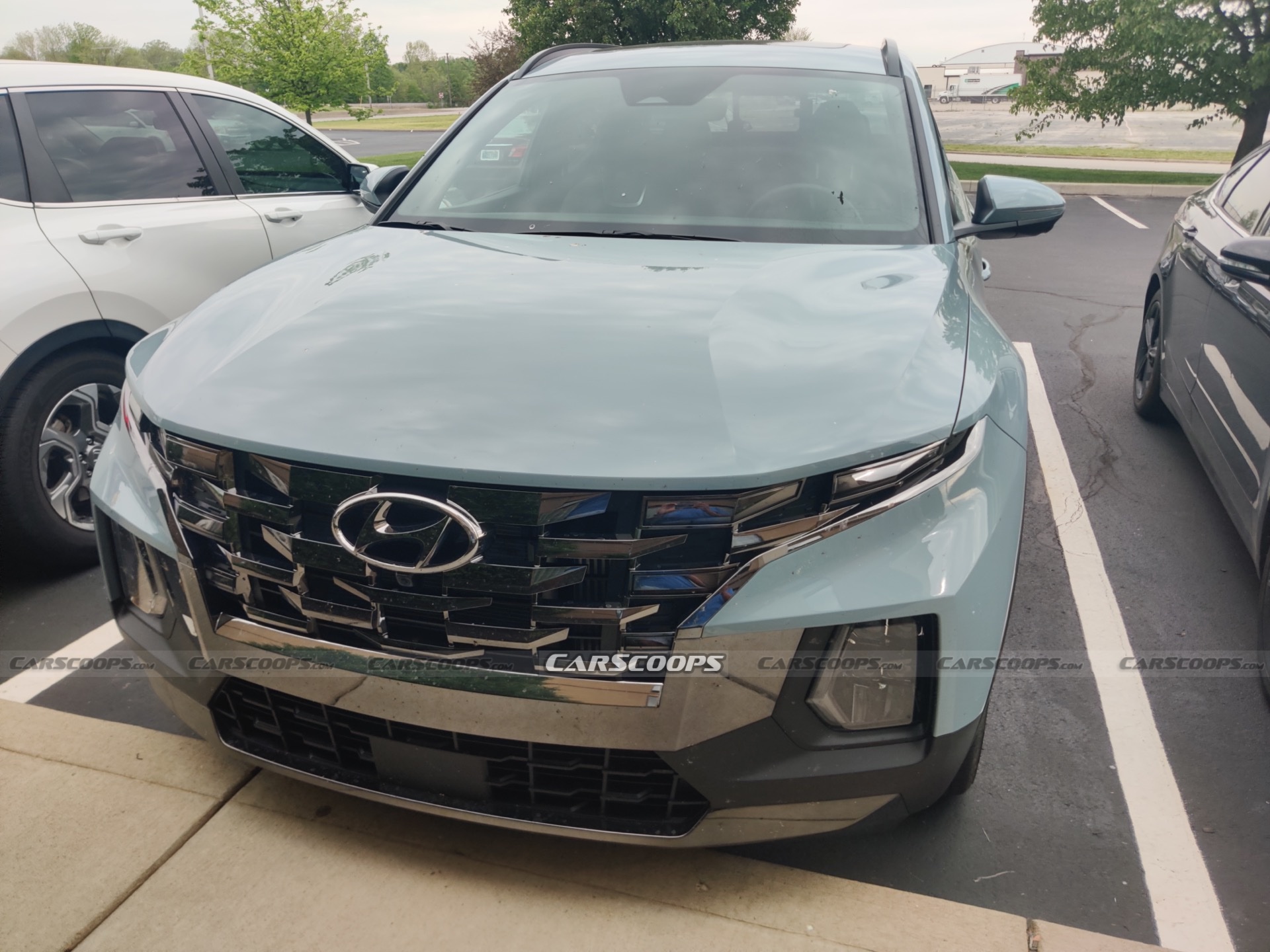 This spot comes from Carscoops reader Sach M, who snapped the car in Evansville, Indiana. It sports manufacturer plates licensed to Alabama, so it’s safe to assume that it’s part of the initial production batch, with the Santa Cruz being built alongside the Santa Fe and Tucson at the HMMA manufacturing plant in Montgomery. 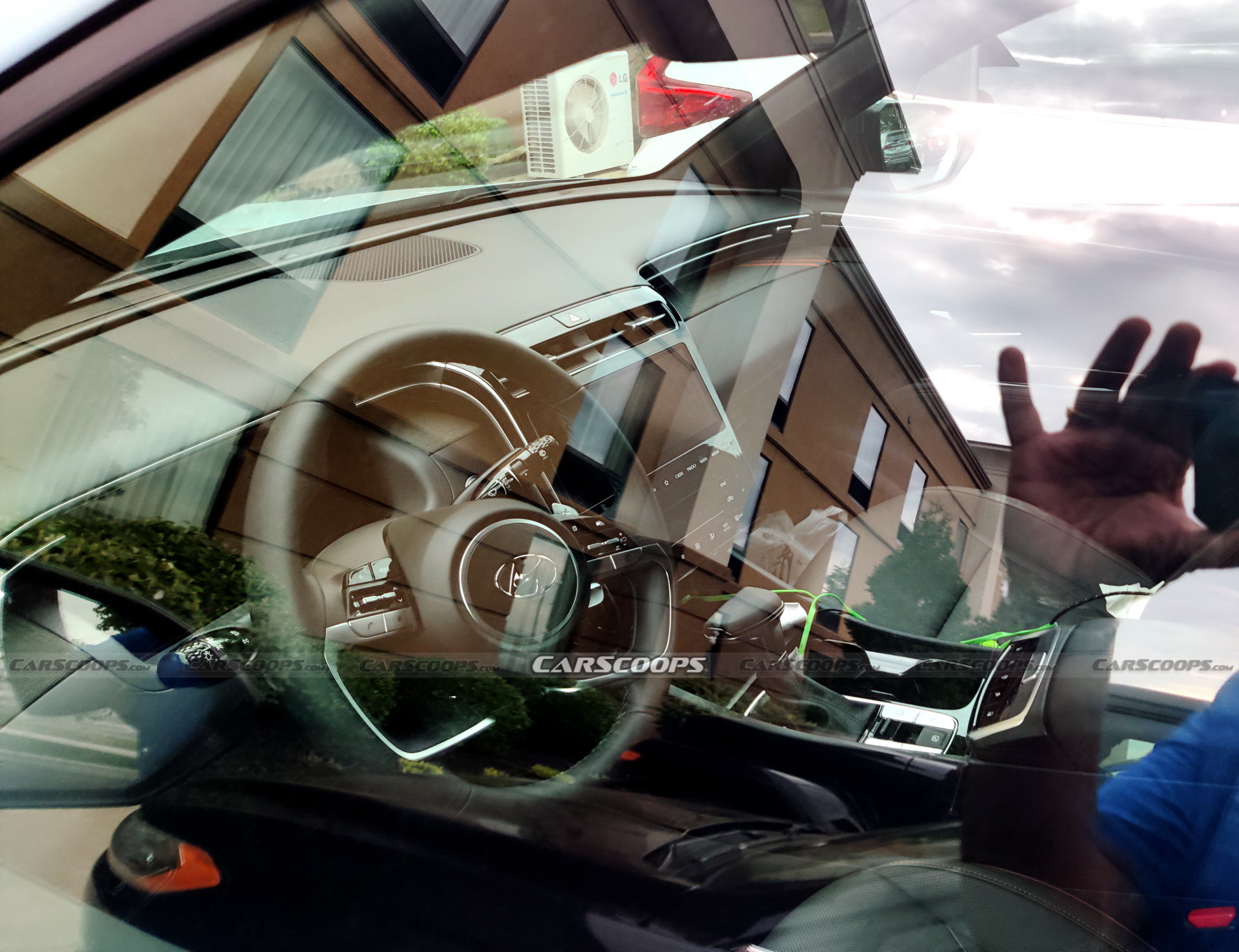 America will receive two engine variants of the Santa Cruz. The first is a 2.5-liter naturally-aspirated four-cylinder promising over 190 hp and 180 lb-ft of torque. The flagship model receives turbo assistance, boosting output to in excess of 275 hp and 310 lb-ft. All variants come standard with Hyundai’s HTRAC all-wheel drive. Power is delivered via an 8-speed automatic transmission in the naturally aspirated pick-up, while the 2.5-liter turbo is coupled to a dual-clutch ‘box with paddle shifters. 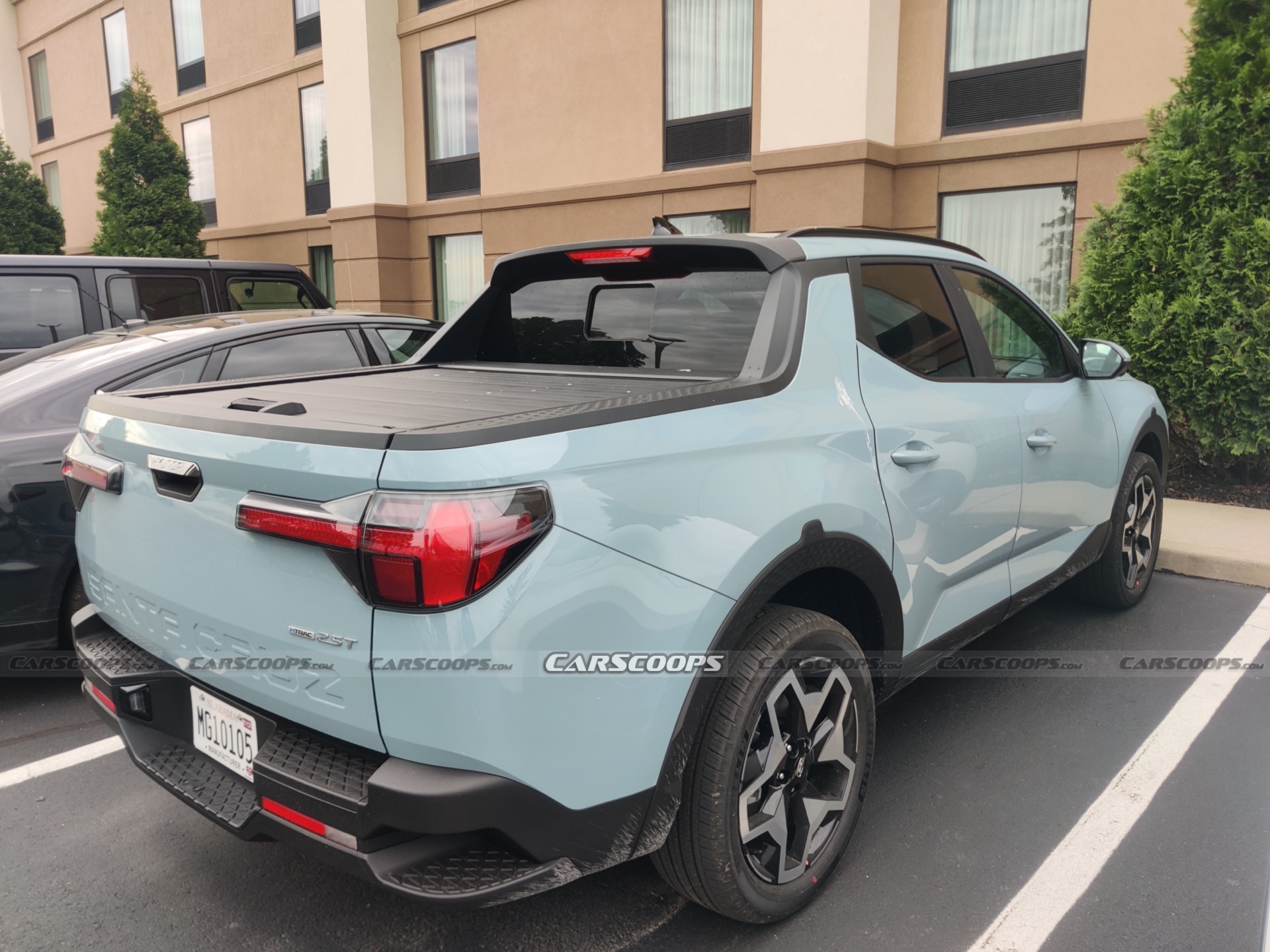 The Santa Cruz pictured out in the open appears to be a 2.5-liter turbo in its final production form. Although exact pricing and package details are yet to be announced, we do know that this car is finished in a rather attractive shade of blue: Blue Stone, to be precise.

Many thanks to Sach for the pictures! 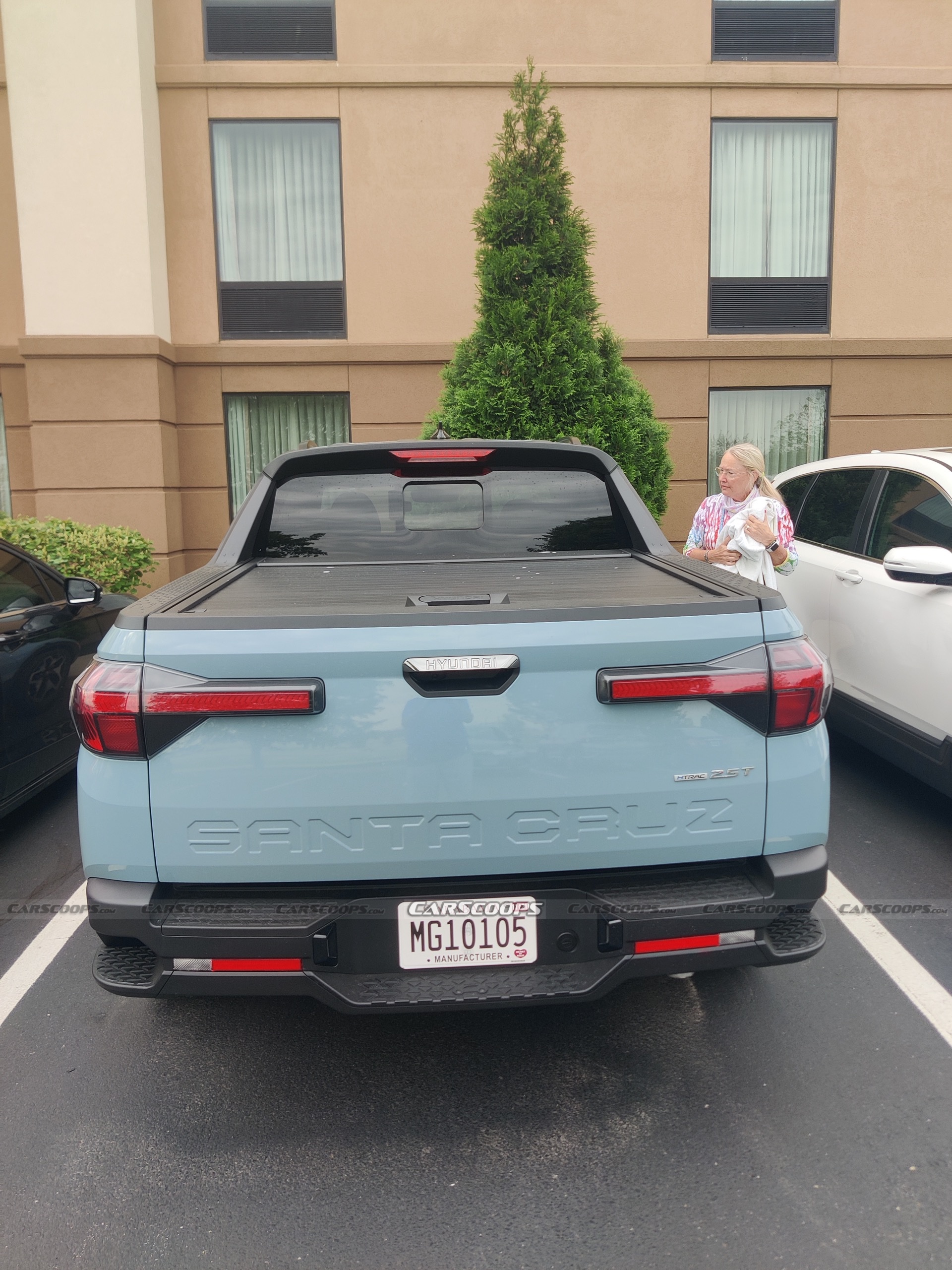 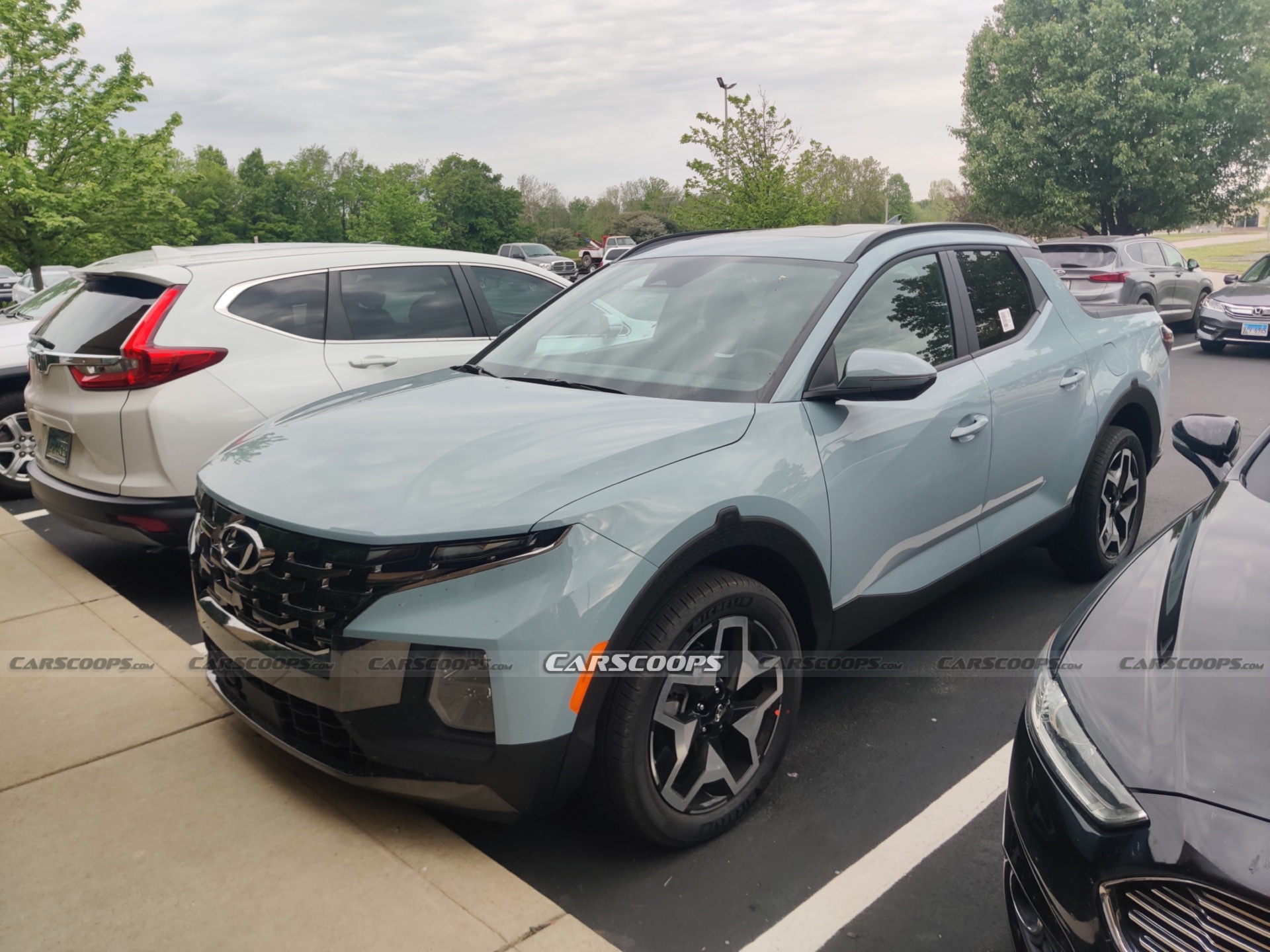