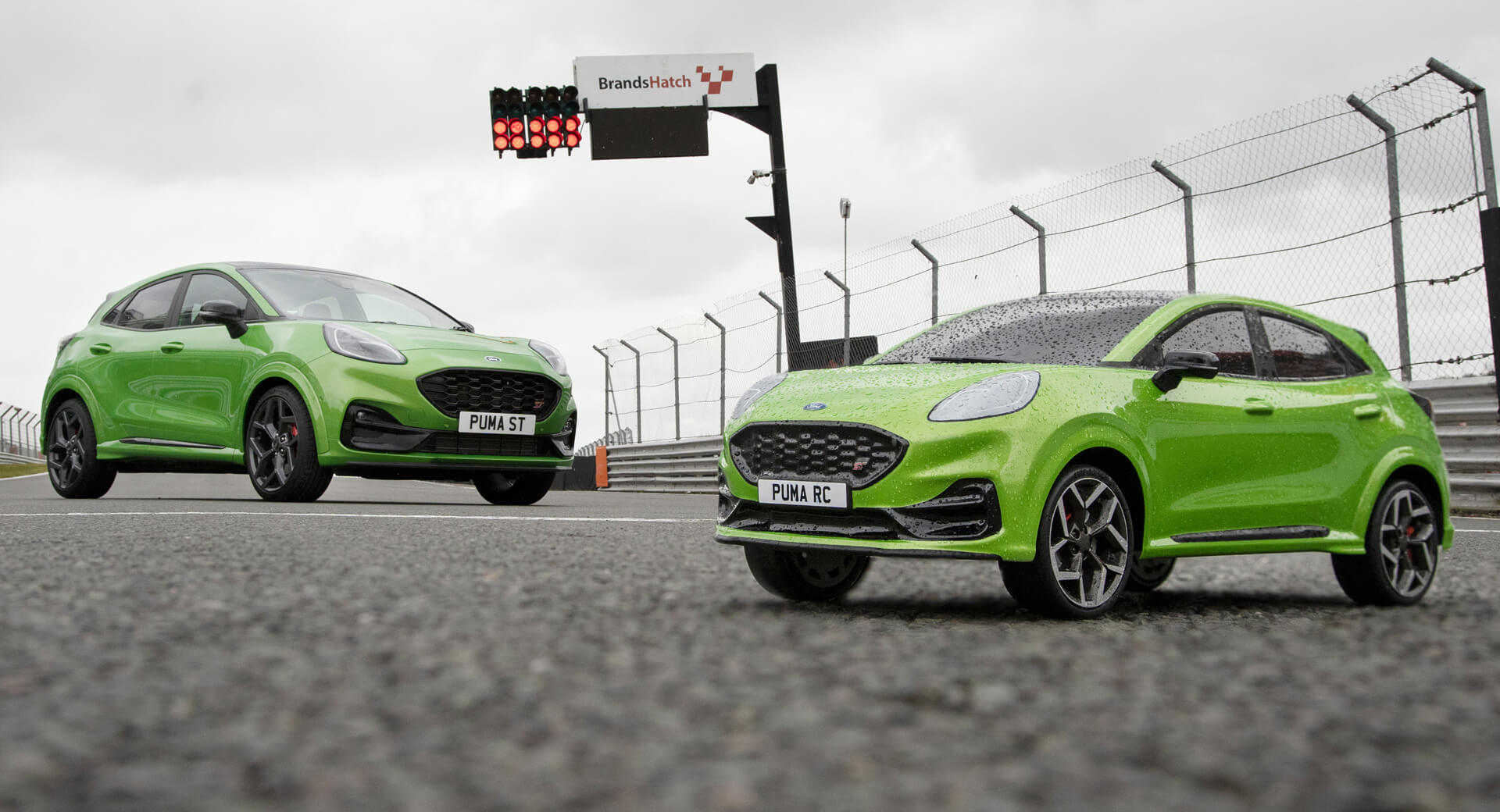 Praised by reviewers for offering a great bang for the buck, the Puma ST has been brought forward again, this time by Ford themsevles, who put together a short yet exciting film that shows it in action against… an RC car.

Developed by a British company named Designworks, the RC car is a 1:10 replica of the real Puma ST, and just like the real thing, it is front-wheel drive. It uses a single-speed gearbox mated to a 402 W electric motor, and has an 80 km/h (50 mph) top speed, which can be achieved in just 3.0 seconds after taking off.

Also Watch: Is The 2021 Ford Puma ST The Best Affordable Sporty Crossover In The Market?

Taking control of the scale model was Lee Martin, a professional RC racer with 6 European and 13 British championship titles under his belt. The real Puma ST had British rally driver Louise Cook behind the wheel, who is a FIA Production Car Cup for 2WD winner and holds the British Rally Championship Ladies’ title as well.

As for the battle ground, the Puma ST had to lap the 1.9-kilometer (1.2-mile) long Brands Hatch Indy Circuit in the UK in a target time of around 60 seconds. The Puma RC, on the other hand, was set loose around the 220-meter (0.14-mile) long Brands Hatch kart track, which is a precise replica of the full-size Indy Circuit, for three laps, with a target time of around 20 seconds for each.