This 2021 Dodge Durango SRT Hellcat has been through one hell of an accident. The battle scars are visible both inside and out. Technically, it could be brought back to its initial shine by someone with the right budget and know-how.

That doesn’t mean it’s an easy or affordable fix, as beyond the cosmetics, both axles seem to have suffered damage, while inside, most airbags, though surprisingly not the front ones, were deployed in the crash. 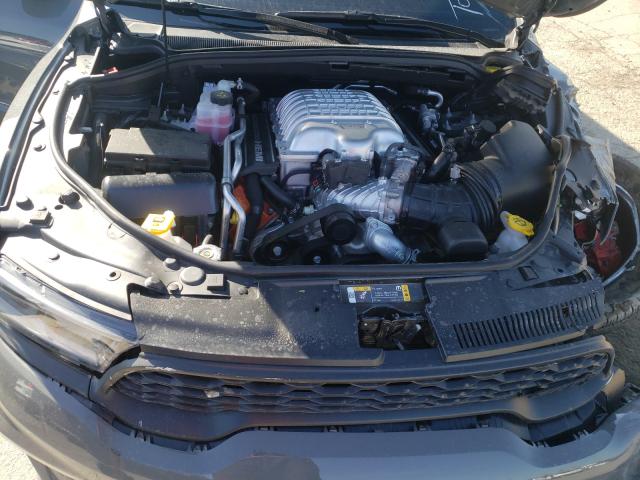 We do not know if the fabulous supercharged 6.2-liter V8 took a hit, but it appears to be intact. Mated to an eight-speed automatic transmission and standard all-wheel drive, the engine is capable of producing a neck-snapping 710 horsepower and 645 pound-feet (874 Nm) of torque. Officially, the 2021 Durango SRT Hellcat needs 3.5 seconds from 0 to 60 mph (0-96 km/h), and will hit a top speed of 180 mph (290 km/h). The quarter-mile is dealt with in less than 12 seconds, according to Dodge.

Anyone interested in saving this Durango SRT Hellcat should perform a thorough inspection, preferably accompanied by a mechanic, as there could be many other parts that might need replacing.

And if you’re truly interested in the wreck, then you may want to hurry up and place a bid, because the online auction on Copart will end tomorrow, May 7, at noon CET. At the time of writing, the current bid was $53,000, or almost $28,000 less than the official MSRP. It’s worth noting that the vehicle is in Chicago and has only 479 miles (771 km) on the odo.