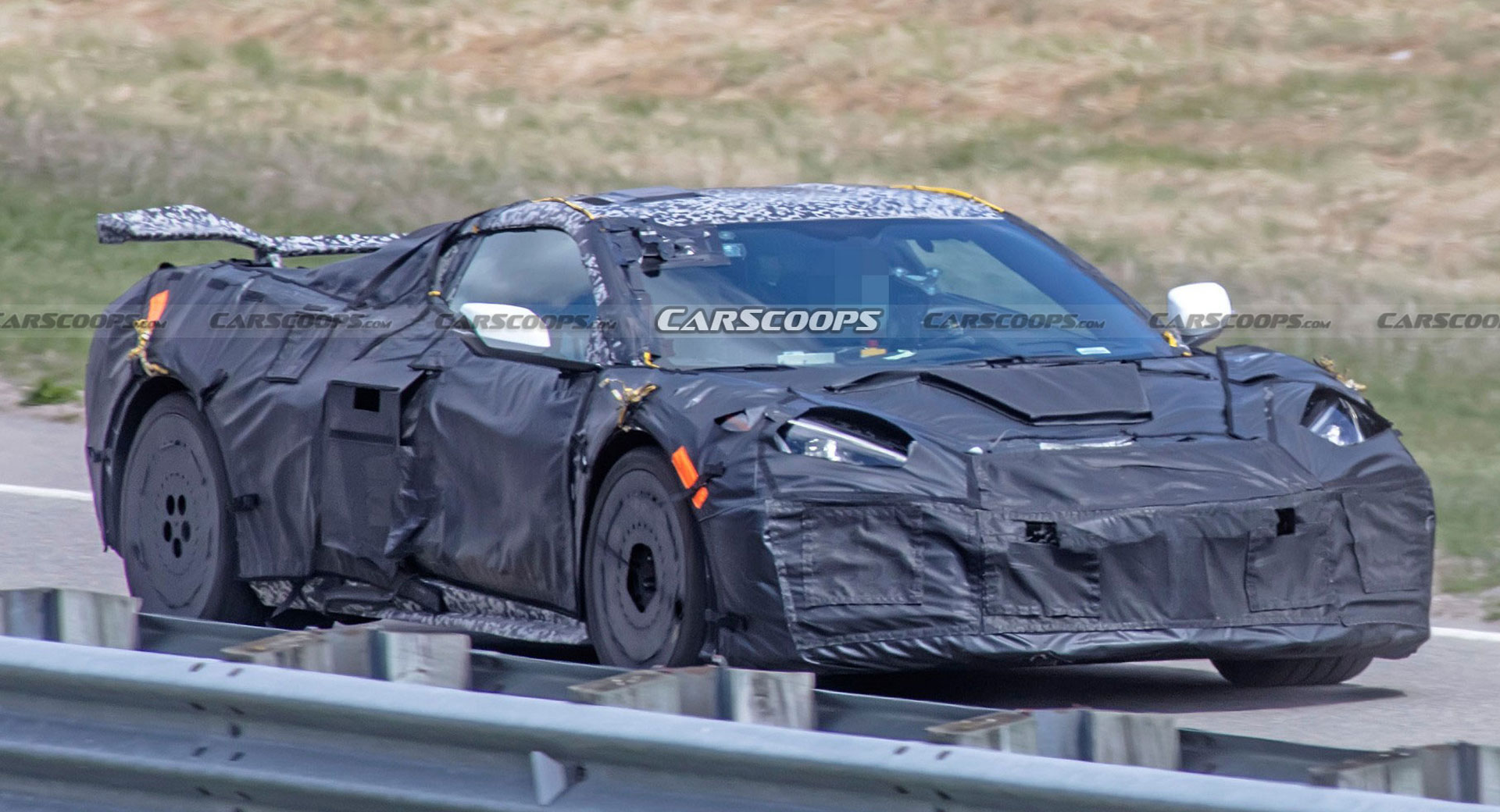 The Corvette C8 continues to impress nearly two years after its debut, but the company is putting the finishing to an even sportier version: the highly anticipated Z06.

While Chevrolet is staying tight-lipped about the Z06, a prototype was recently spotted doing high speed runs on the 3-mile (4.8 km) long North South Straight Away at the Milford Proving Grounds.

While there isn’t much to see in the video, it’s an audible delight as you can hear the Z06’s flat-plane crank V8 sing. Those paying close attention will also notice the driver appears to be using launch control. While that’s hard to verify, it’s a natural conclusion as you can hear the engine build up power followed by the chirp of the tires.

Spy shooters also snapped a handful of new photos, but they don’t reveal much as the prototype is heavily disguised. That being said, the Z06 will be inspired by the Corvette C8.R race car and feature a more aggressive exterior with optimized aerodynamics. Speaking of the latter, we can see a prominent rear wing designed to generate additional downforce.