Cadillac is getting ready to become an EV-only brand from 2030, but before it gets there it’s going to serve up a near-700 hp Escalade-V. Intel suggests the kick-ass Caddy hauler will be powered by the 689 hp supercharged 6.2-liter V8 from the CT5-V Blackwing. That would make it one of the quickest ways on the planet to move seven people from zero to 60mph.

But maybe not the quickest. The super-SUV sector is booming and we’ve counted 17 family trucks that have more than 500 hp, nine that are packing over 600, and a couple of crazies with more than 1000 horses under the hood. Here’s your countdown of the most muscular SUVs you can buy, from 505 hp to more than 1000 hp. 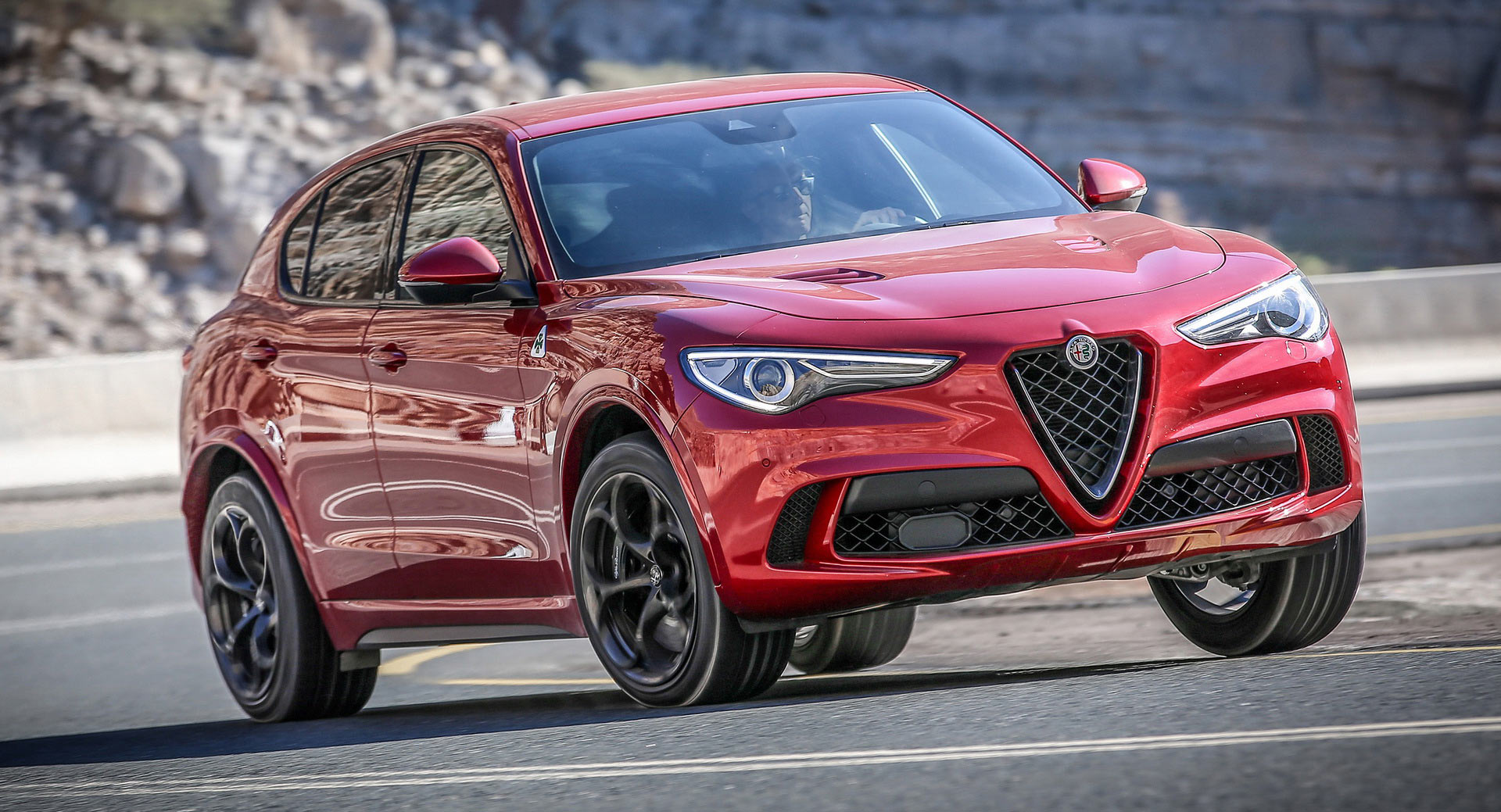 By any rational standard, the Stelvio QV is an outrageously muscular machine. A twin-turbo V6 with DNA links to Ferrari’s blown V8 gets it to 62 mph in 3.8 seconds, but a 505 hp output means it sits at the bottom of our list. 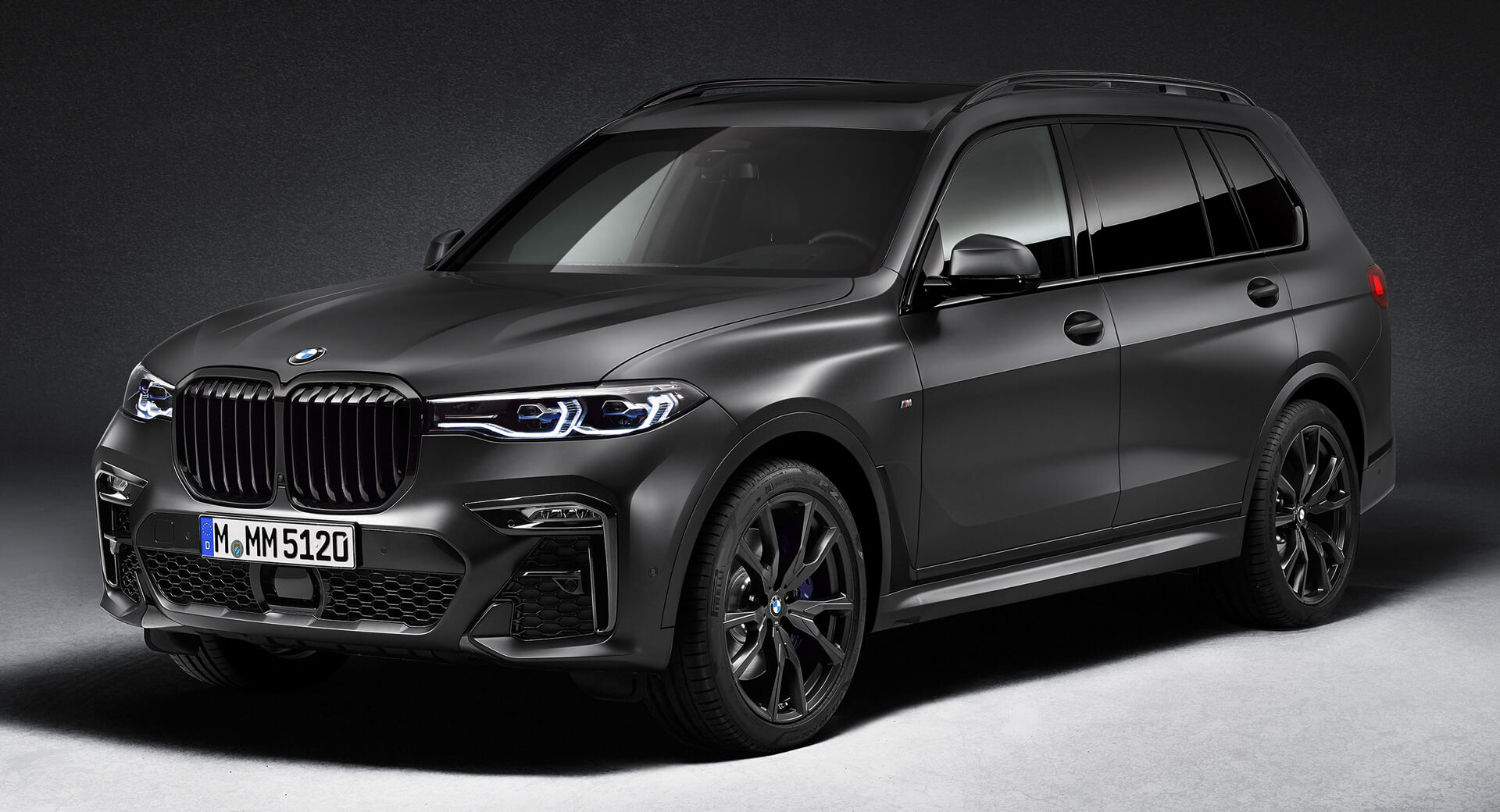 There’s no M version of BMW’s biggest SUV, but the M50i looks the part and goes pretty hard, too. The 4.4-liter twin-turbo V8 pumps out 523 hp, plus 110lb ft more than the Stelvio – but a massive 5661lb curb weight means it takes a relatively ordinary 4.5 seconds to hit 62 mph. Want more speed? The smaller X6 M50i gets the same engine and does the job in 4.1 seconds. 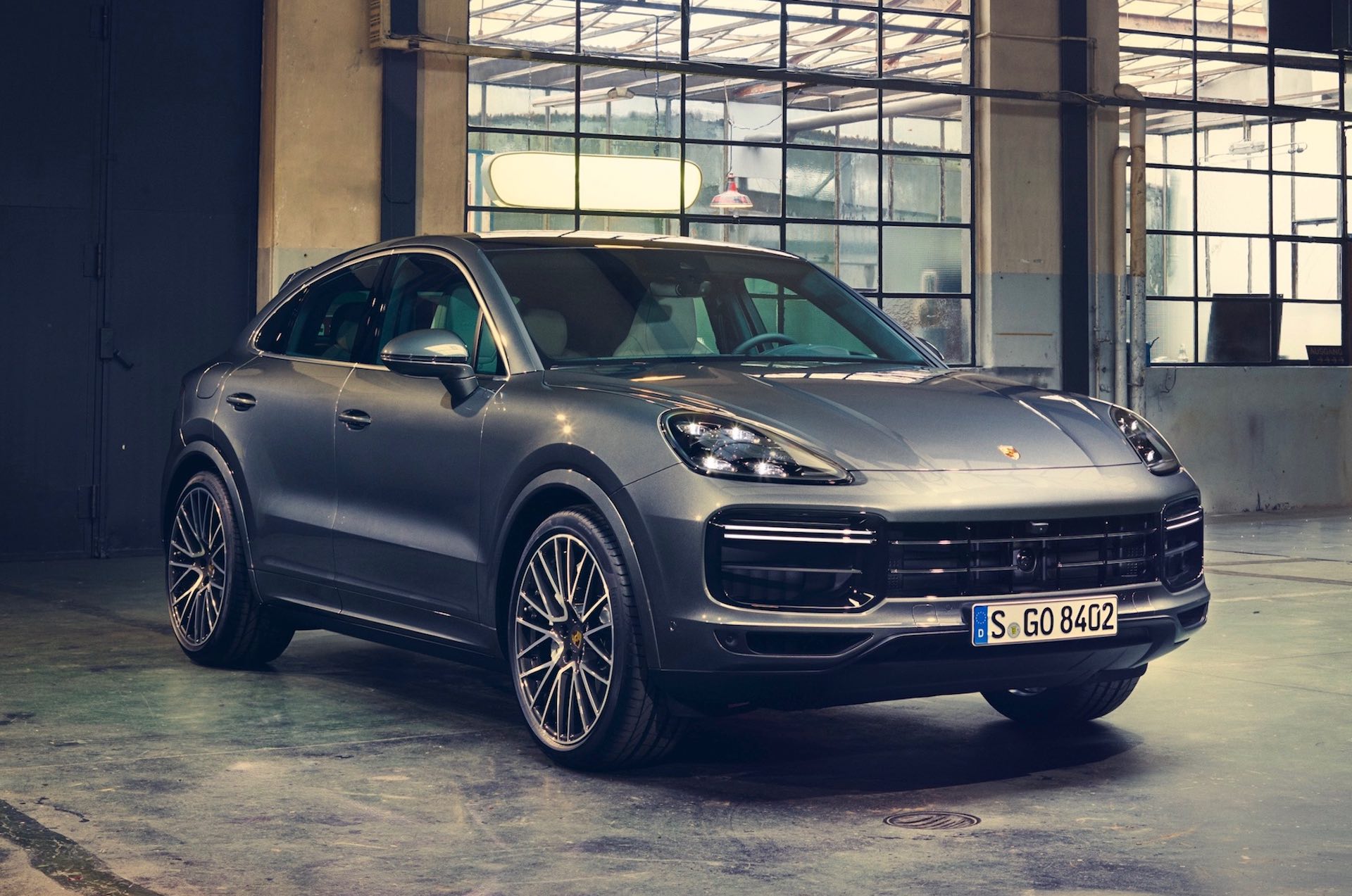 The first of two Cayennes in this list is one of only two sub-600 hp cars here capable of dipping into the threes on a run to 60 mph. The stock Turbo gets there in 3.9 seconds, but option the Sport Chrono package (standard on the Coupe bodystyle) and that drops to 3.7 seconds. 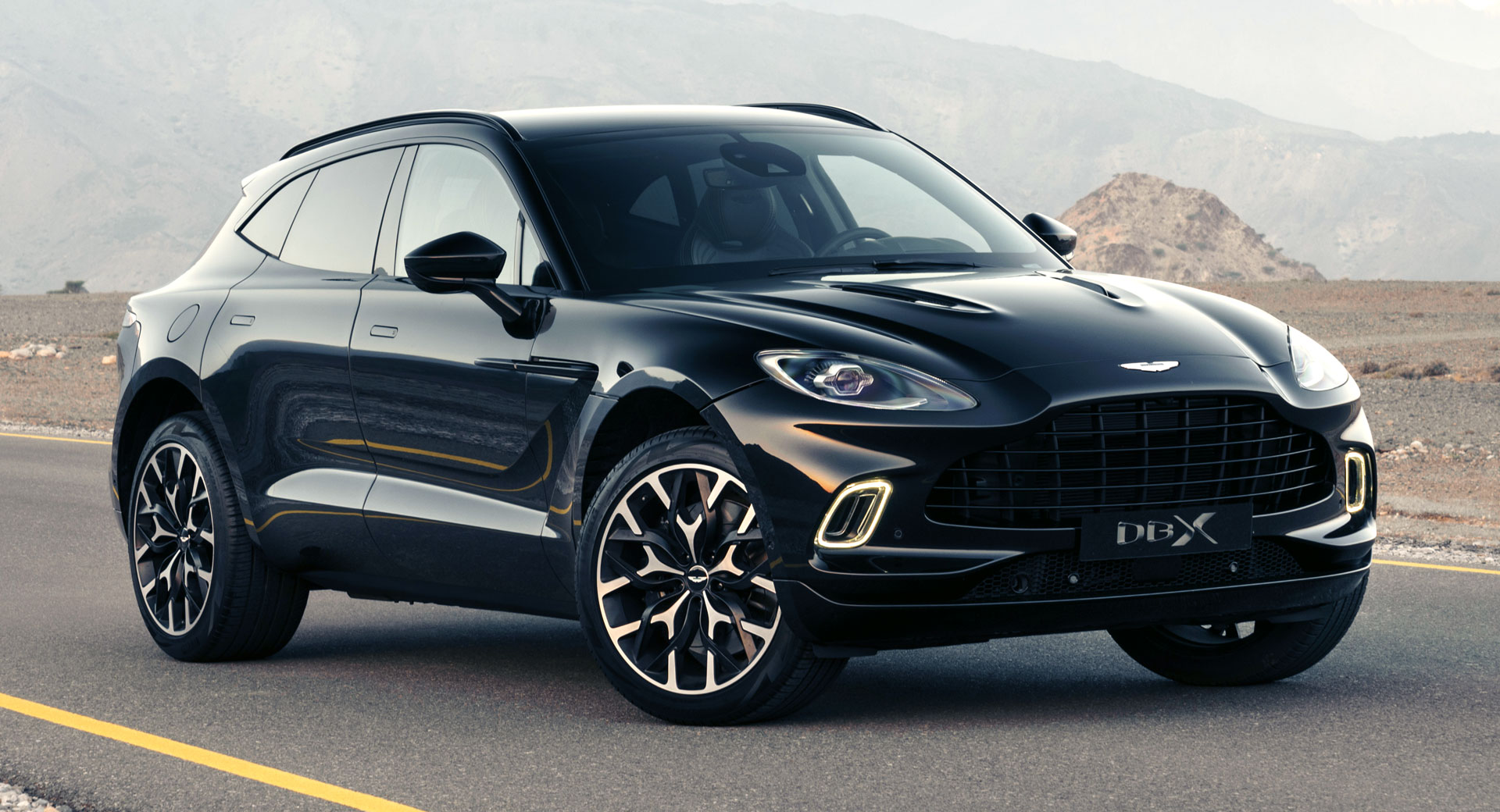 You can’t get the twin-turbo V12 from Aston’s DB11 in the DBX SUV, but the AMG-derived V8 does a solid job. A 37 hp boost over the 505 hp this engine makes in the Vantage sports car helps offset some of the extra mass, but a 4.3 second 0-60mph time won’t win any prizes here. 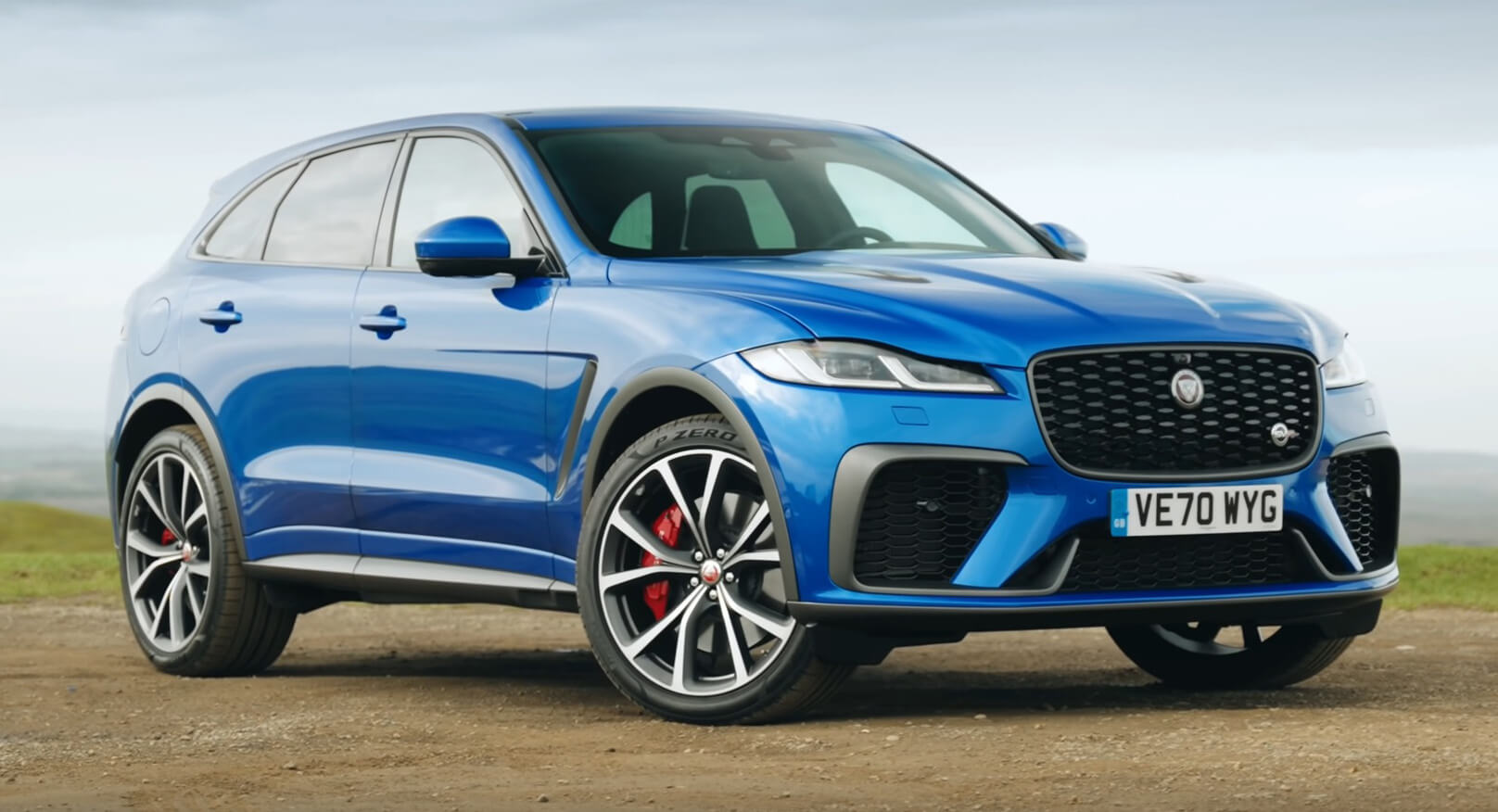 Jaguar USA’s website quotes 550 hp for the new 2021 F-Pace SVR, but it’s rated at 550 PS in Europe, so 542 hp is probably more realistic. Whatever it is, it’s enough to haul this just-facelifted British SUV to 60 mph in 3.8 seconds, and makes an awesome noise on the way there. 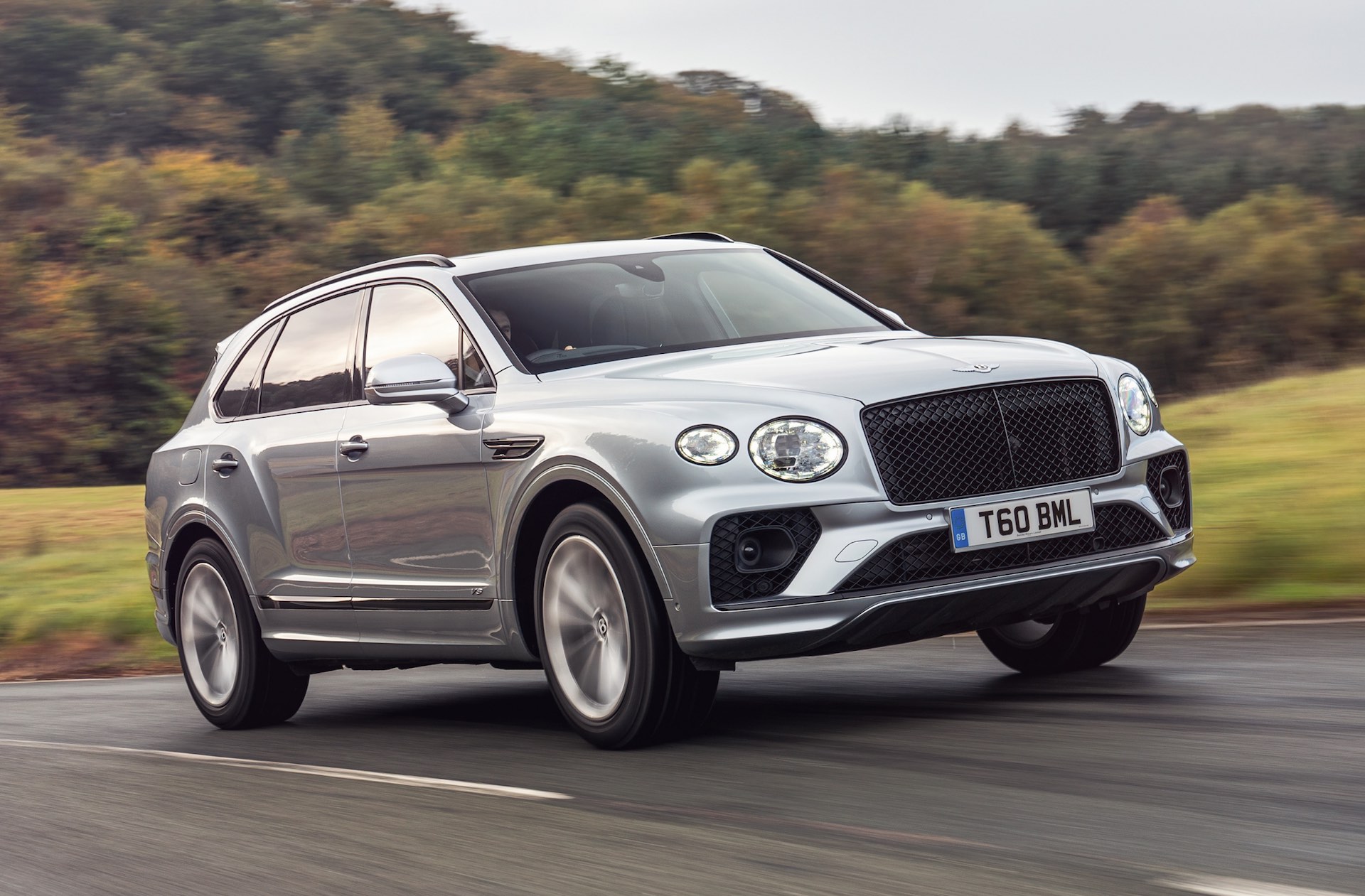 Last year’s Bentayga facelift wasn’t huge, but it did bring a significant change for buyers in Europe, where the W12 engine is no longer available. That means the most powerful Bentley SUV on the right hand side of the Atlantic is a 542 hp V8 that needs 4.4 seconds to reach 60 mph, according to Bentley. 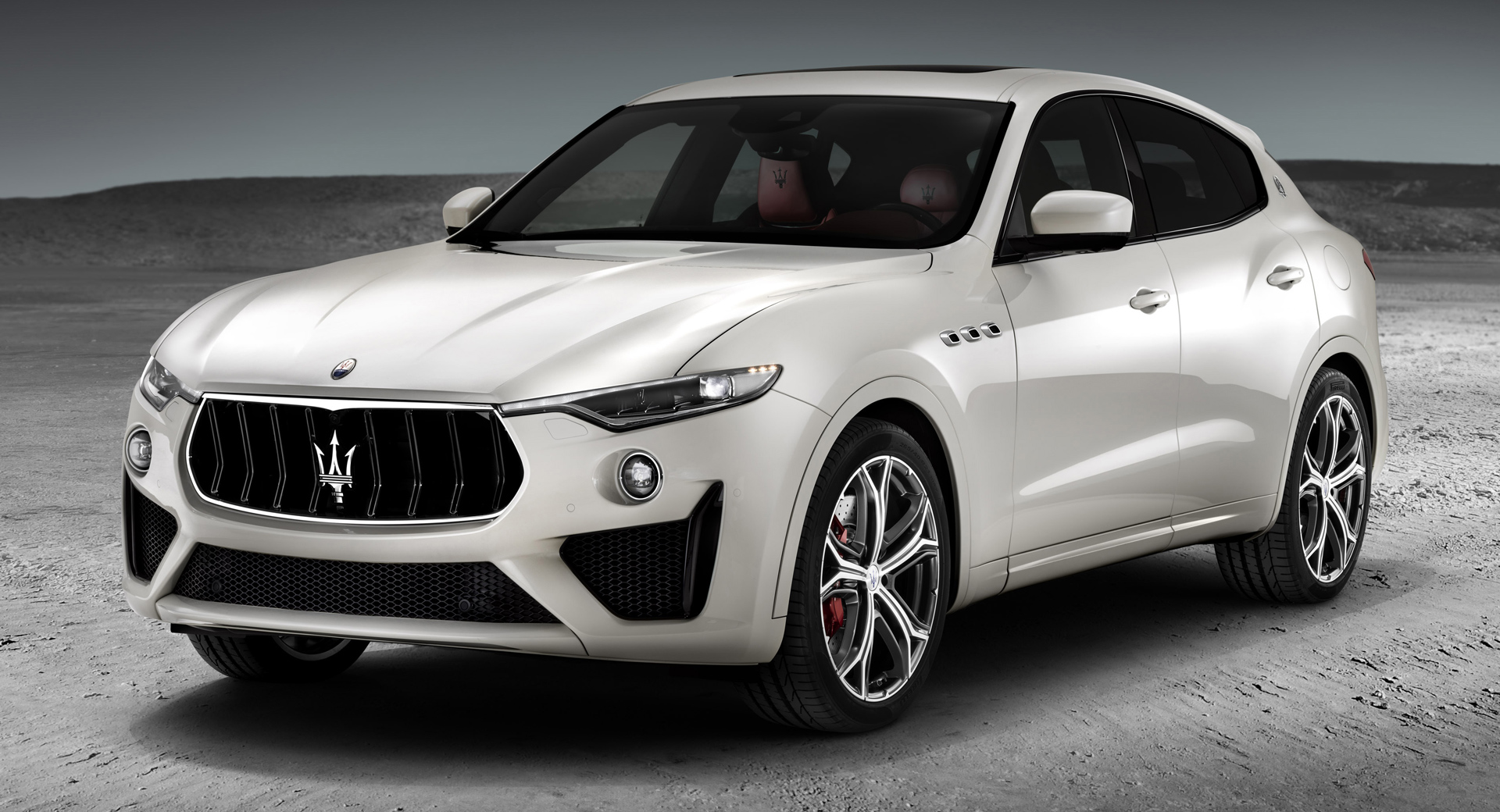 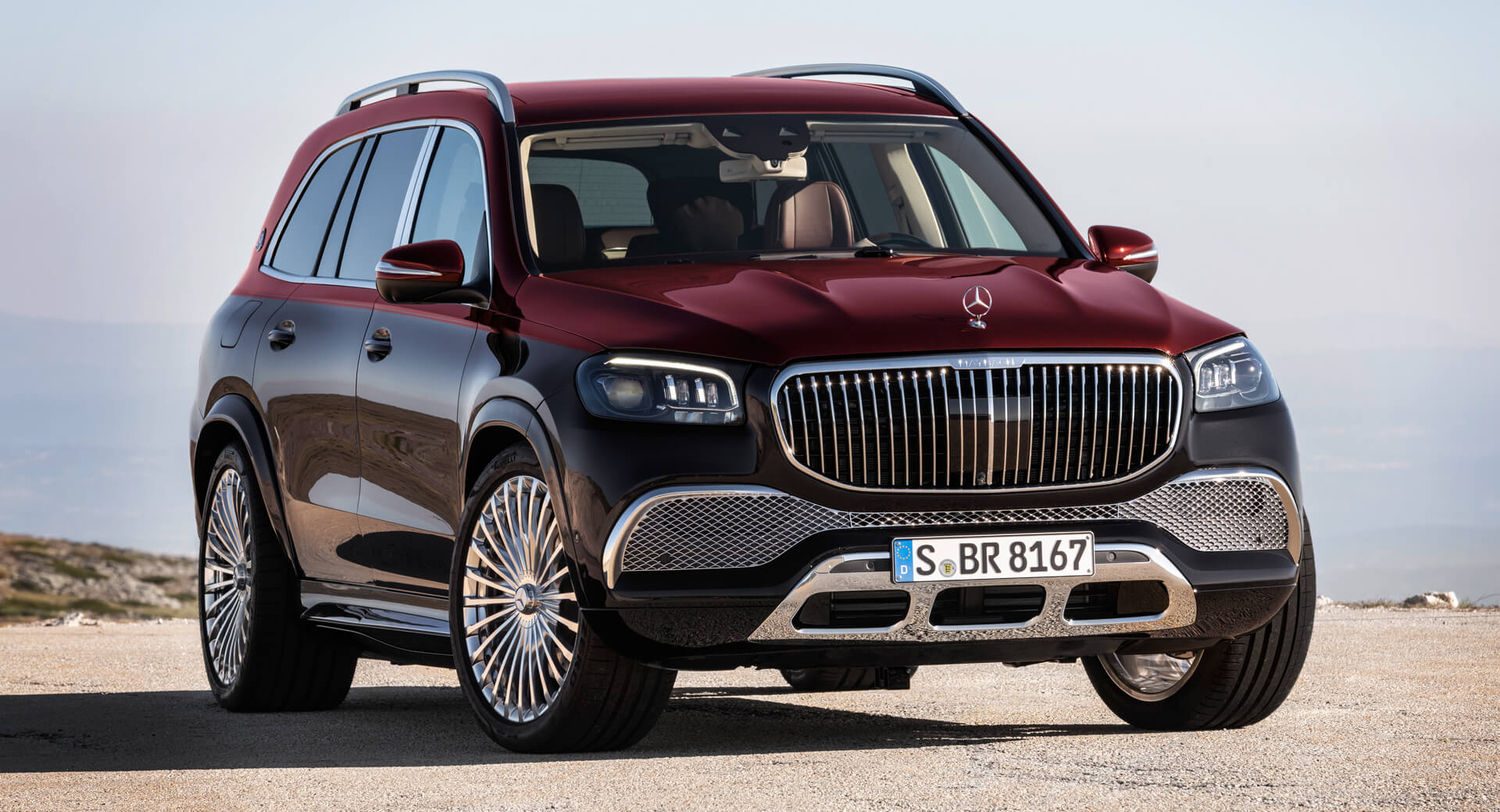 Maybach’s offering to millionaire off-road fans is based on the Mercedes GLS600, but heavily upgraded with luxury kit to make it a credible rival to machines like the Bentley Bentayga. It gets more power than a GLS 580, too: the 48v-assisted twin turbo V8 makes a genuine 550 hp, but 4.8 seconds to 60 mph makes it the joint slowest here. 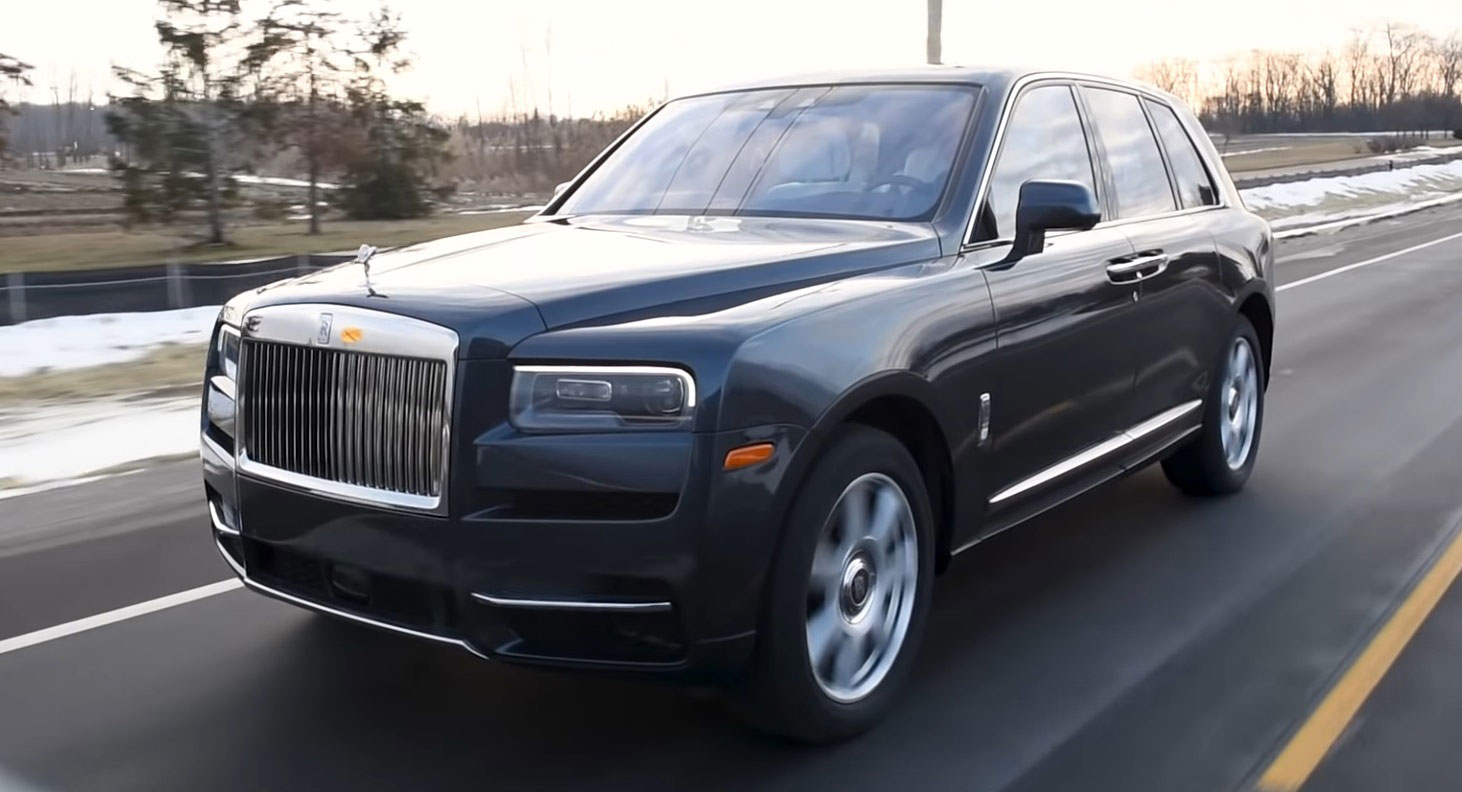 There was a time, many years ago, when Rolls didn’t get involved with the grubby matter of discussing power figures and performance – mostly because its cars didn’t make enough or go fast enough. But we know that the Cullinan makes 563 hp and reaches 60 mph in 4.8 seconds, which seems sufficient for a state dining room on wheels. 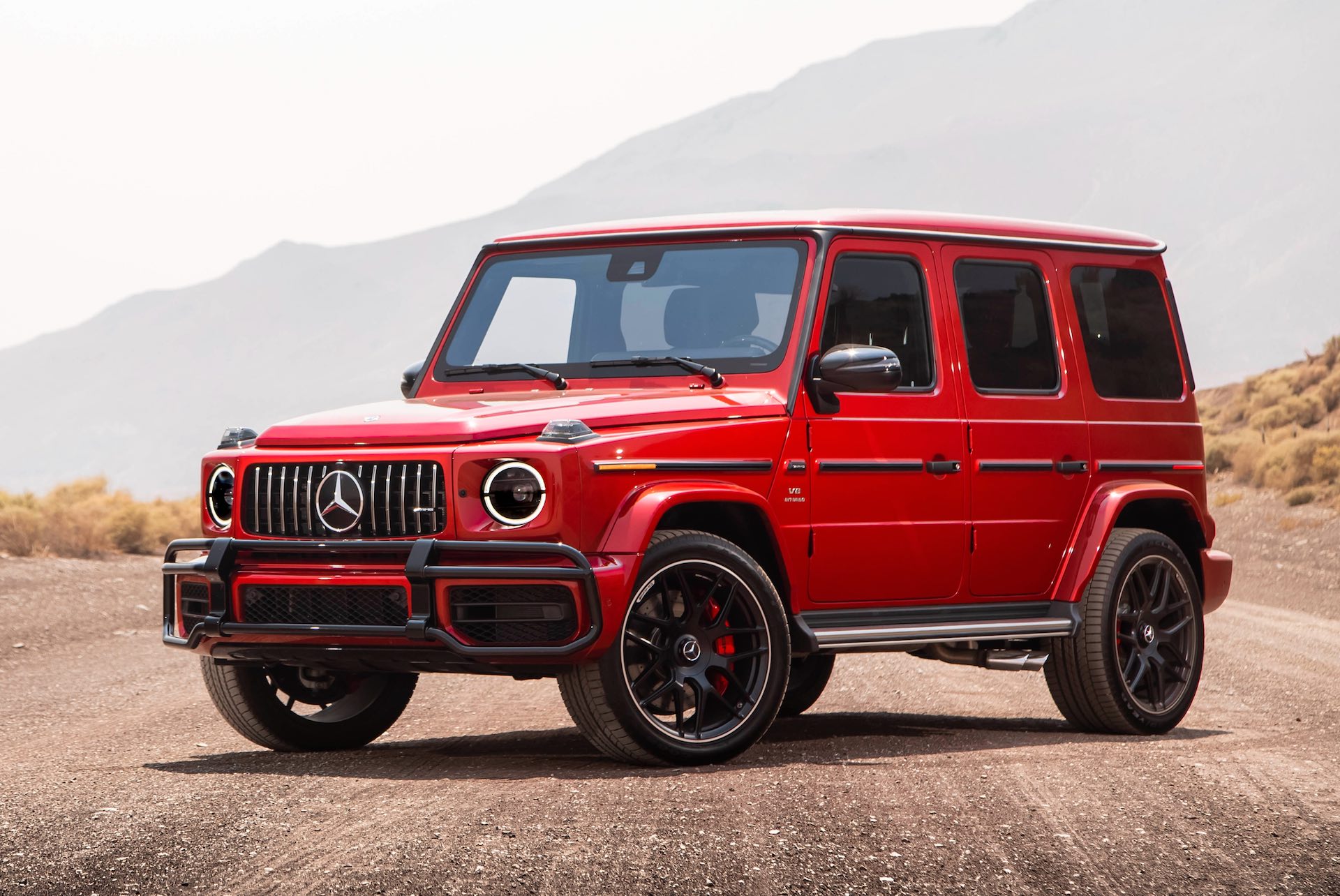 There’s no insane V12-powered G 65 in the modern Gelandewagen range, but the V8 G 63 moves pretty quickly for something with the aerodynamics of an Amazon depot. Zero to 60 mph takes 4.5 seconds – slightly longer if you’re making use of the 7000 lb towing capacity. 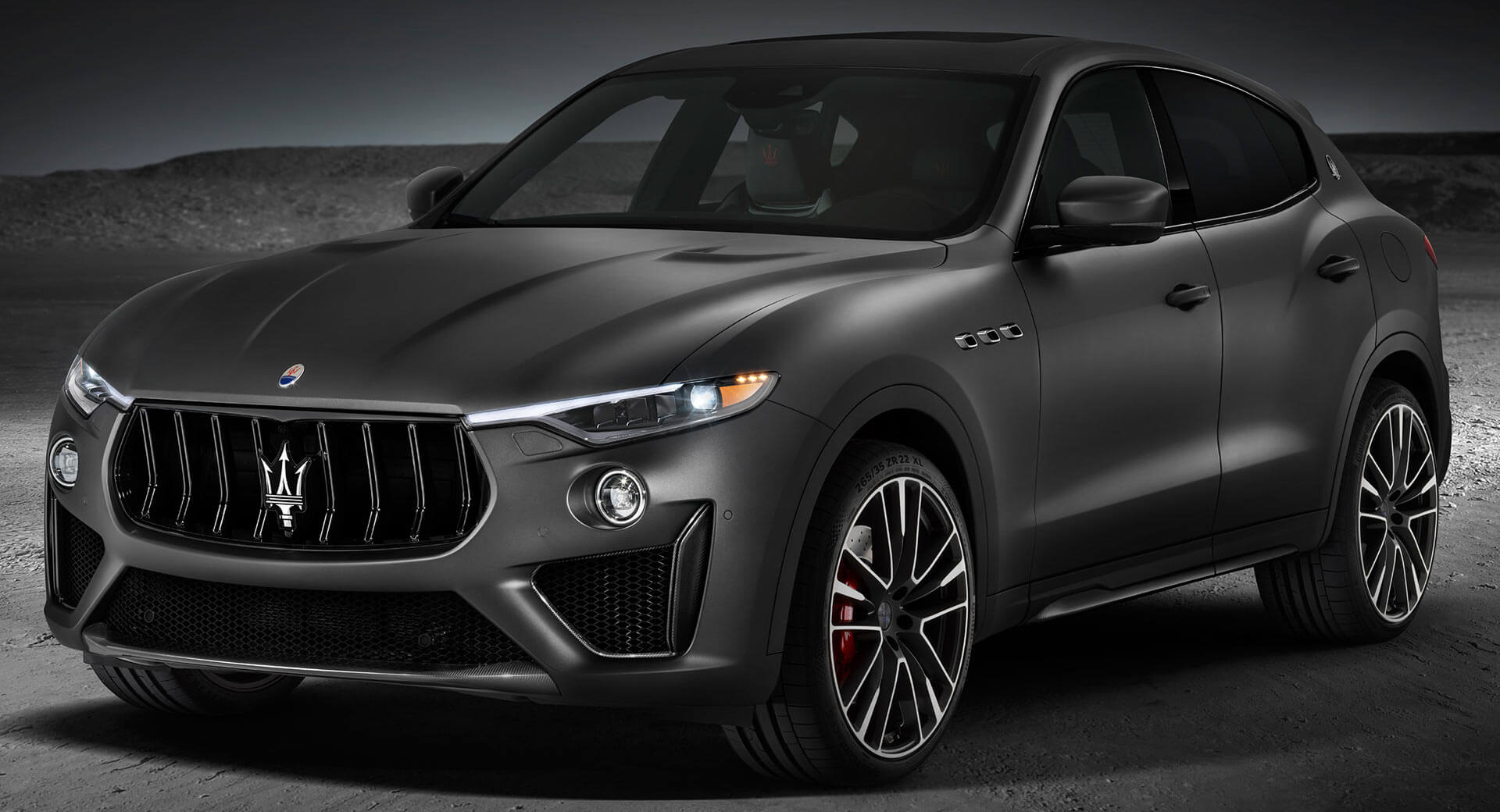 New valves, cams, pistons, rods and twin-scroll turbos help the Levante Trofeo make 30 hp more than GTS, and climb four places in our list. The zero to 62 mph time falls 0.2 seconds to 3.8, but each of those tenths will set you back almost $15,000. 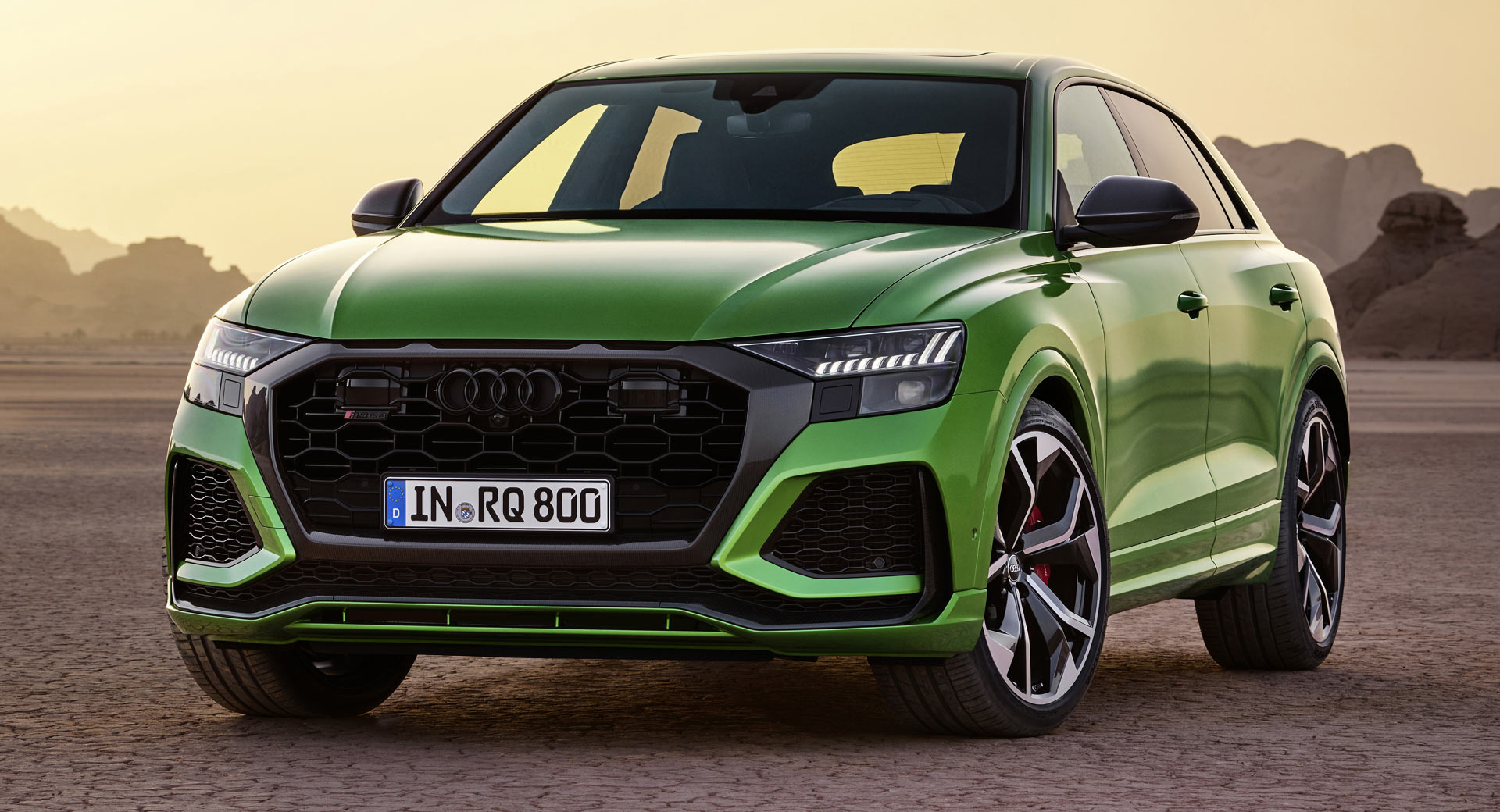 The only Audi to feature in our SUV countdown makes a solid 591 hp and gets away from the lights fast enough to frighten a supercar driver if he’s not on top of his game. 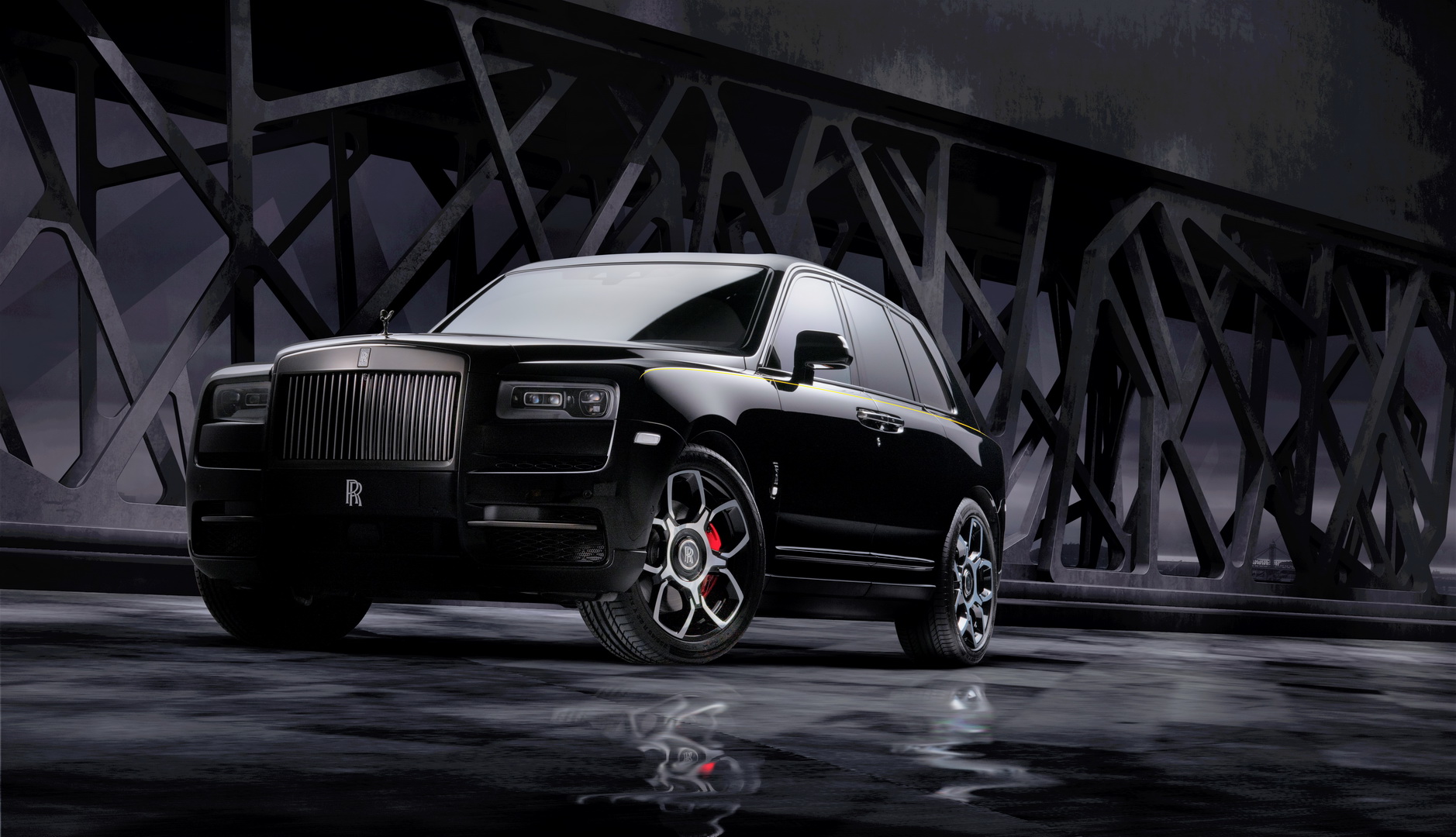 Who ever heard of a sporty Rolls Royce? Well, that’s kind of the deal with the Black Badge, which gets a ‘sport’ driving mode and an extra 29 hp. But while the Cullinan might be luxury SUV royalty, it’s still only 10th in line to the throne when it comes to horsepower numbers. 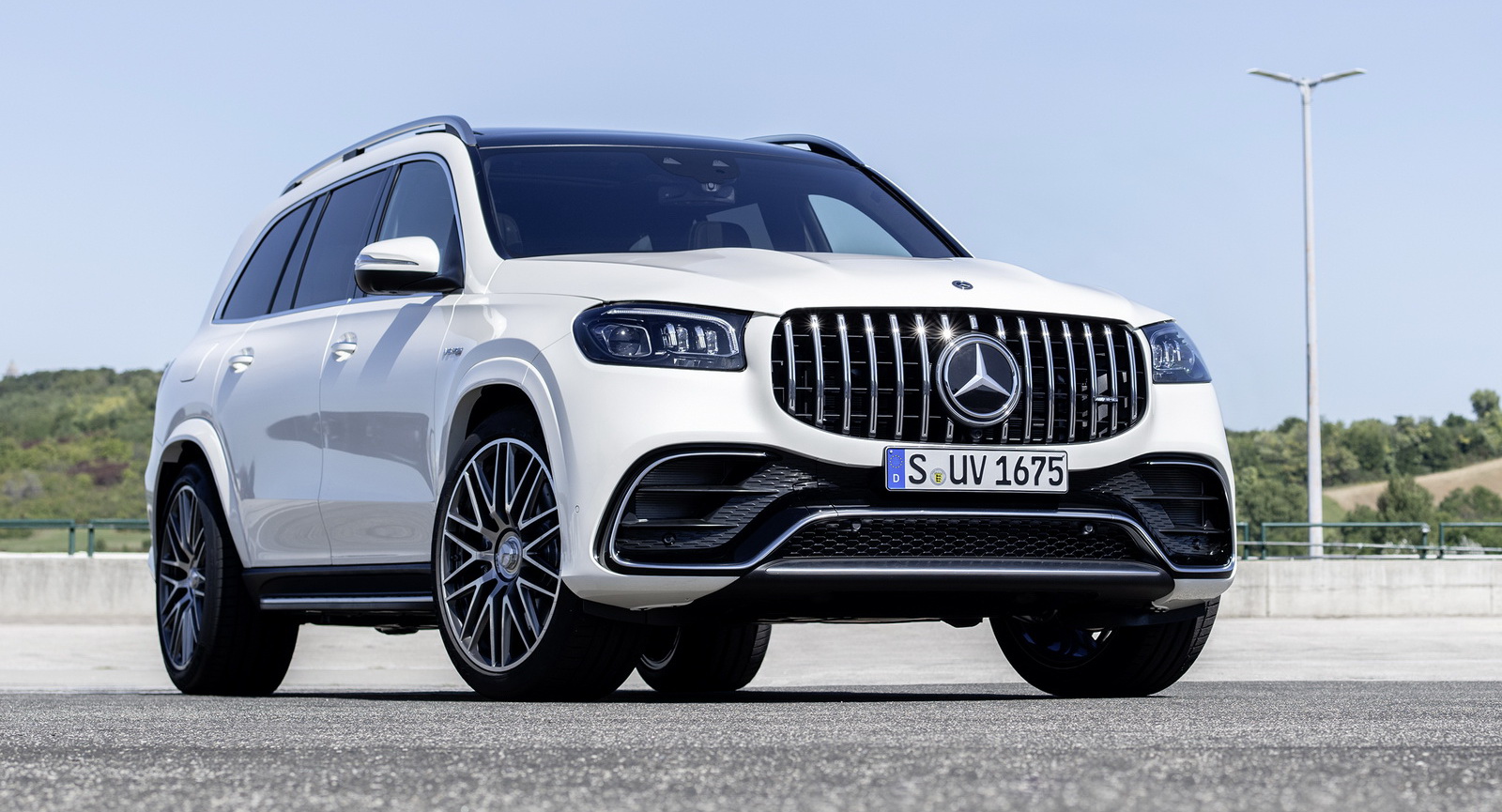 Our final Mercedes is the Maybach GLS 600’s performance alter ego. It develops 53 more horses, plus an additional 89 lb ft of torque, making this one rapid three-row SUV. But not as rapid as Wheelsandmore’s 907 hp Stage 4 aftermarket conversion. 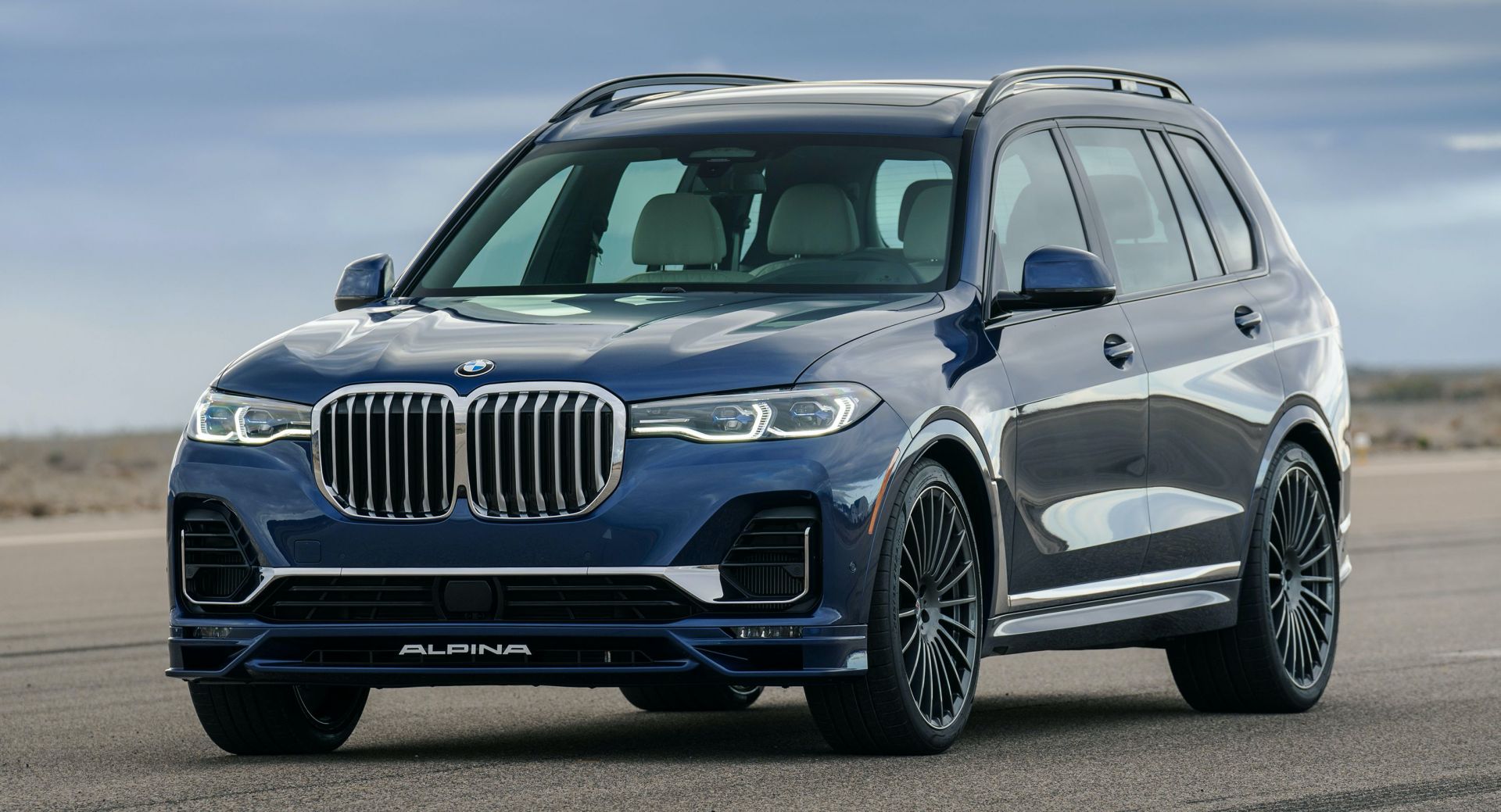 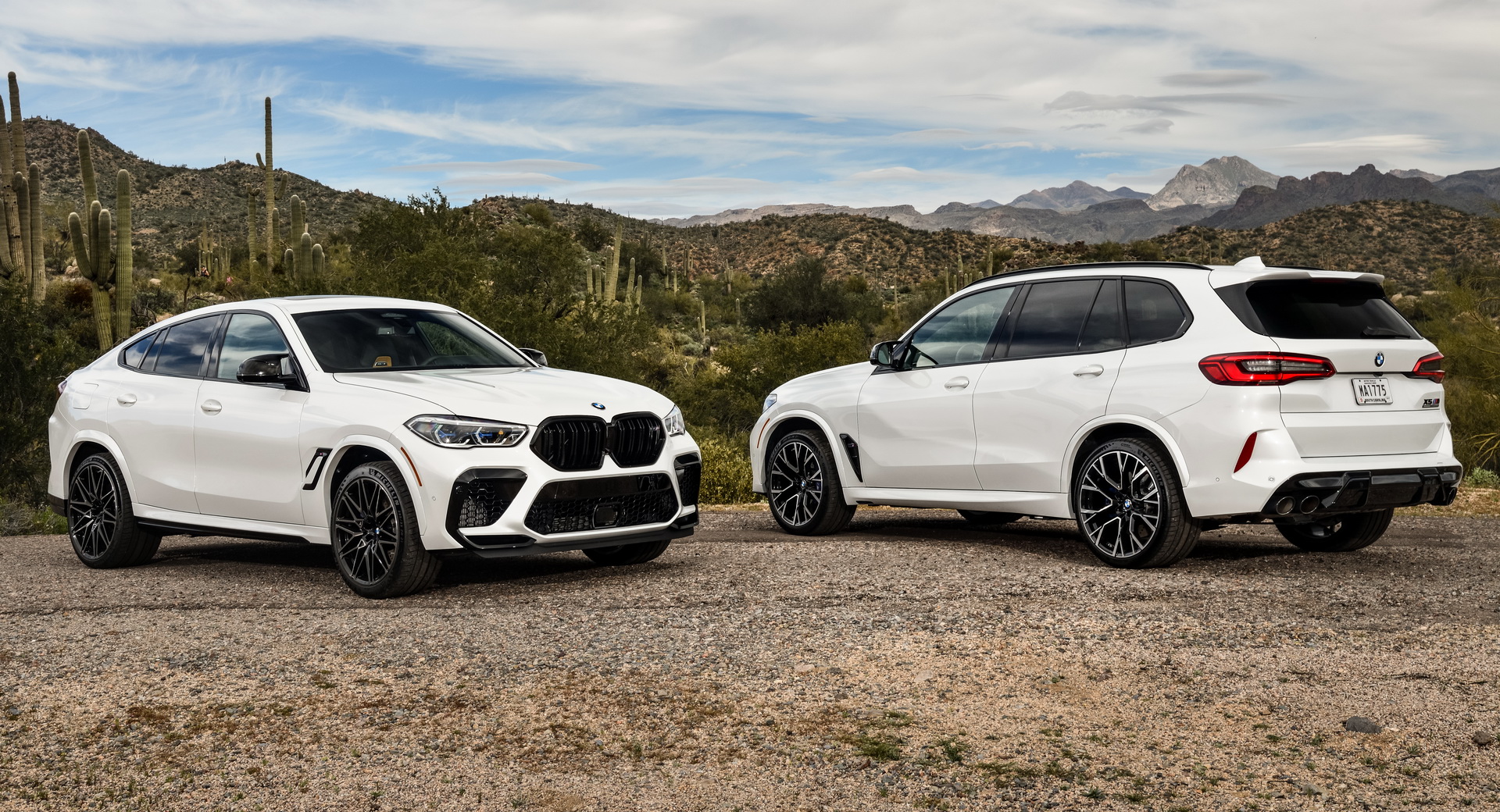 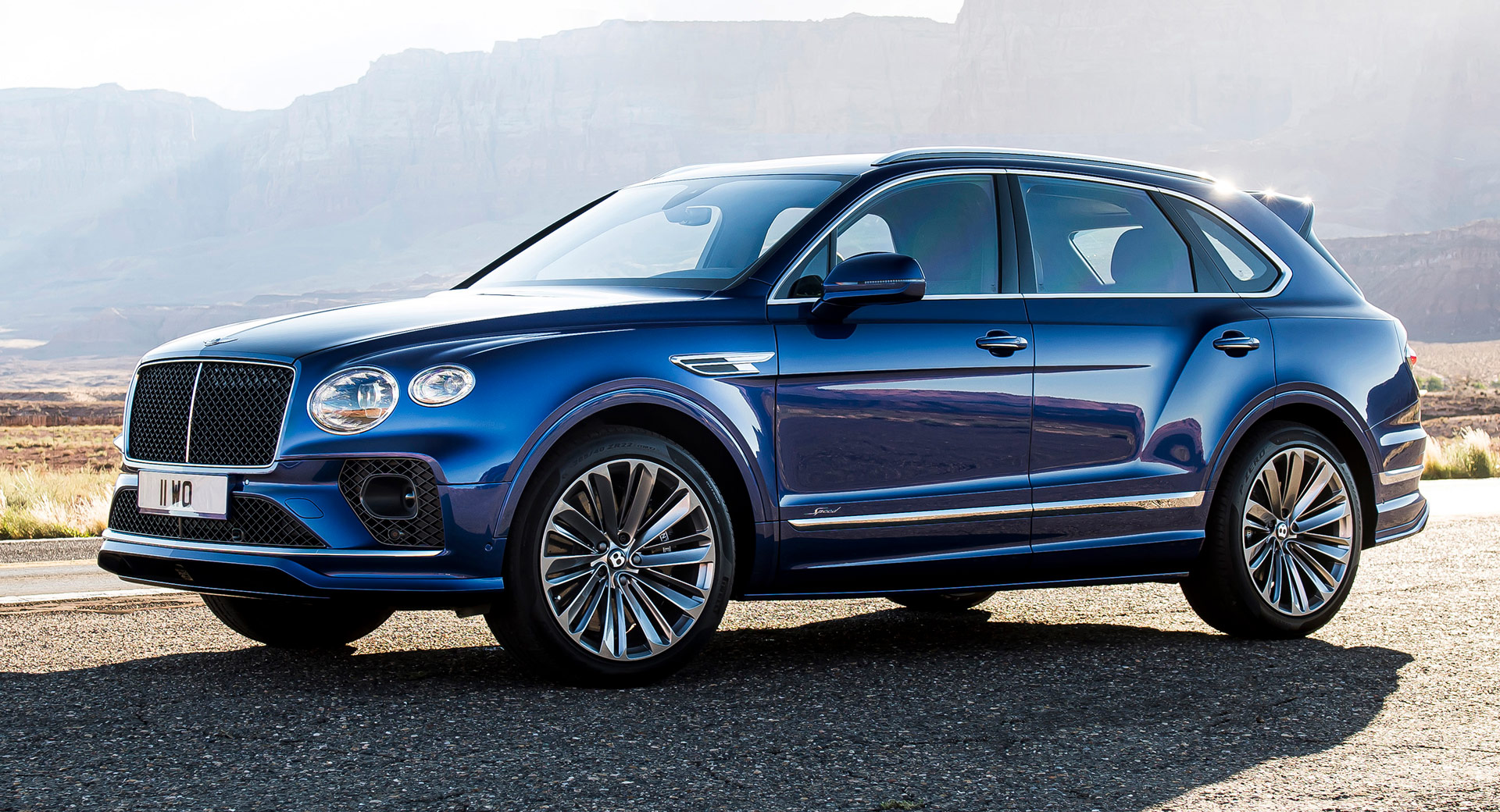 Unlike European fans, US Bentley buyers can still option their Bentayga SUVs with the firm’s twin-turbo W12. That cylinder count definitely trumps anything else in this list, and the 3.8-second 0-60 mph performance looks strong, but we can think of five other SUVs that will win any horsepower bragging contest. 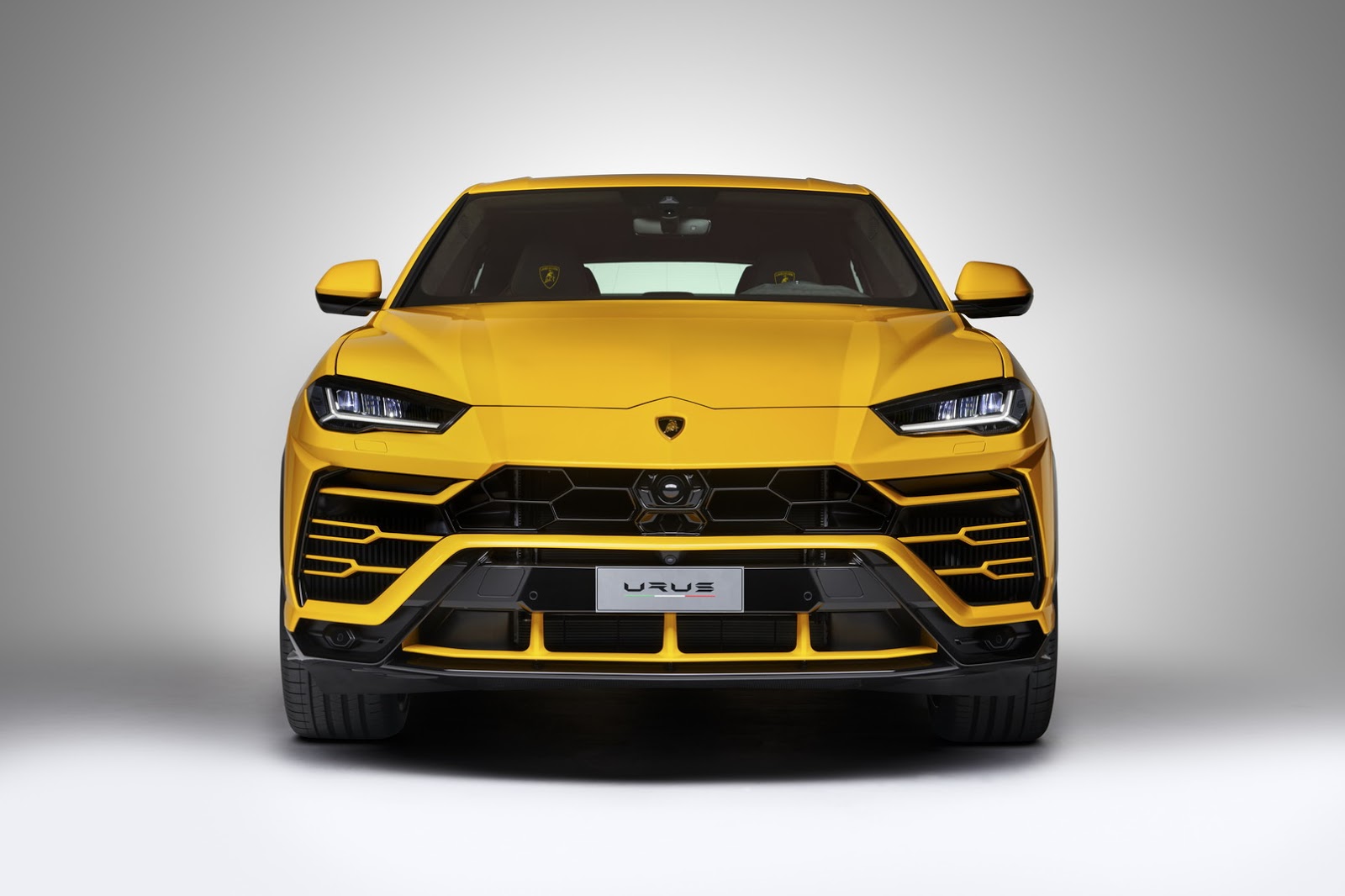 The supercar of the SUV world rides on the same platform as the Porsche Cayenne, Audi RS Q8 and Bentley Bentyaga, but interestingly isn’t the most powerful of the four. That might change when the PHEV version arrives next year, but for now it’s a 641 hp V8 or nothing. 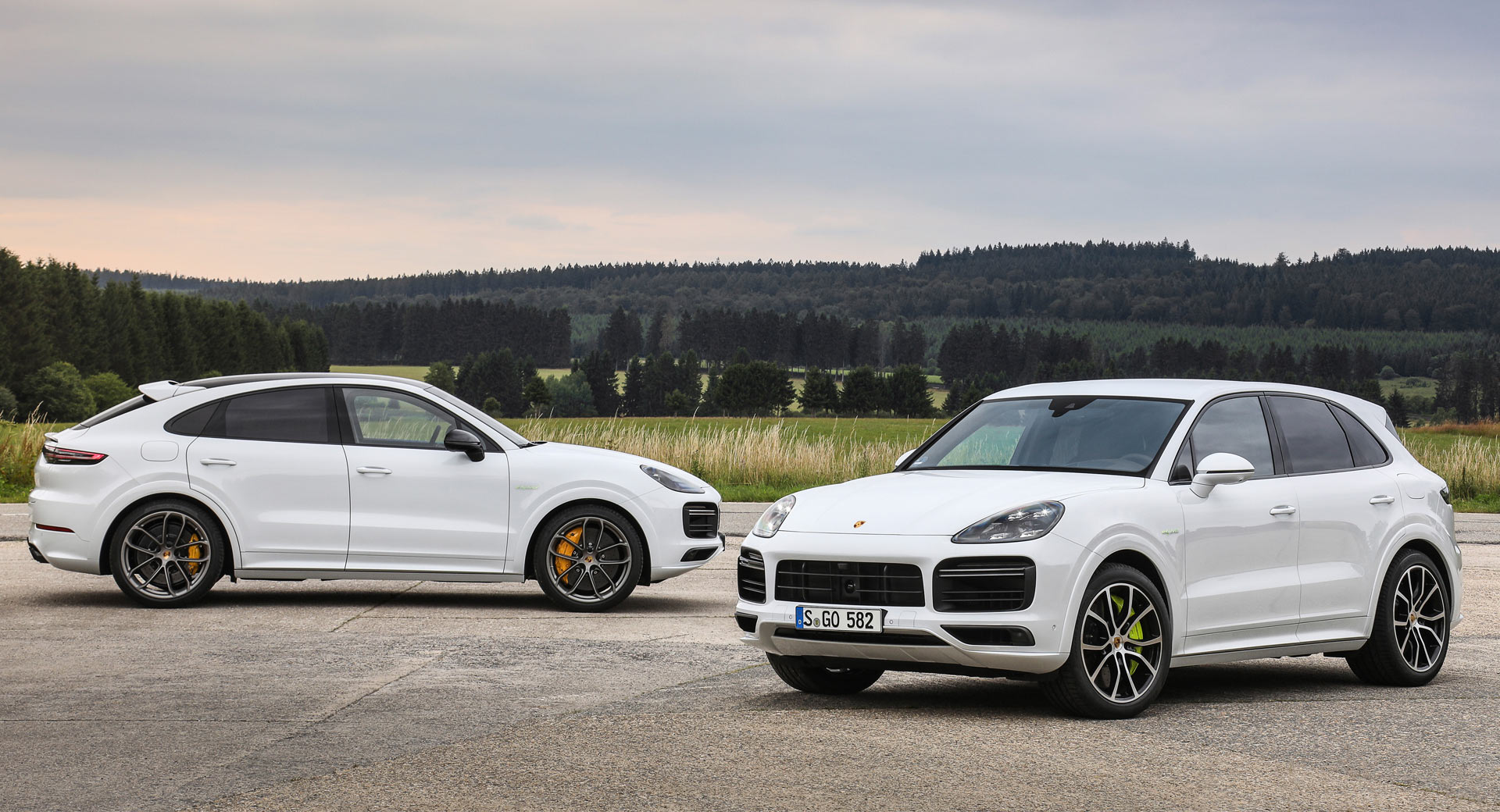 Beating its sister Lamborghini in the power race – but not the race to 60mph – is the Cayenne Turbo S E-Hybrid. Featuring a 134 hp electric motor sandwiched between the regular Turbo’s 541 hp twin turbo V8 and eight-speed transmission, it can do 83 mph in EV mode, and 183 mph with gas motor helping out. 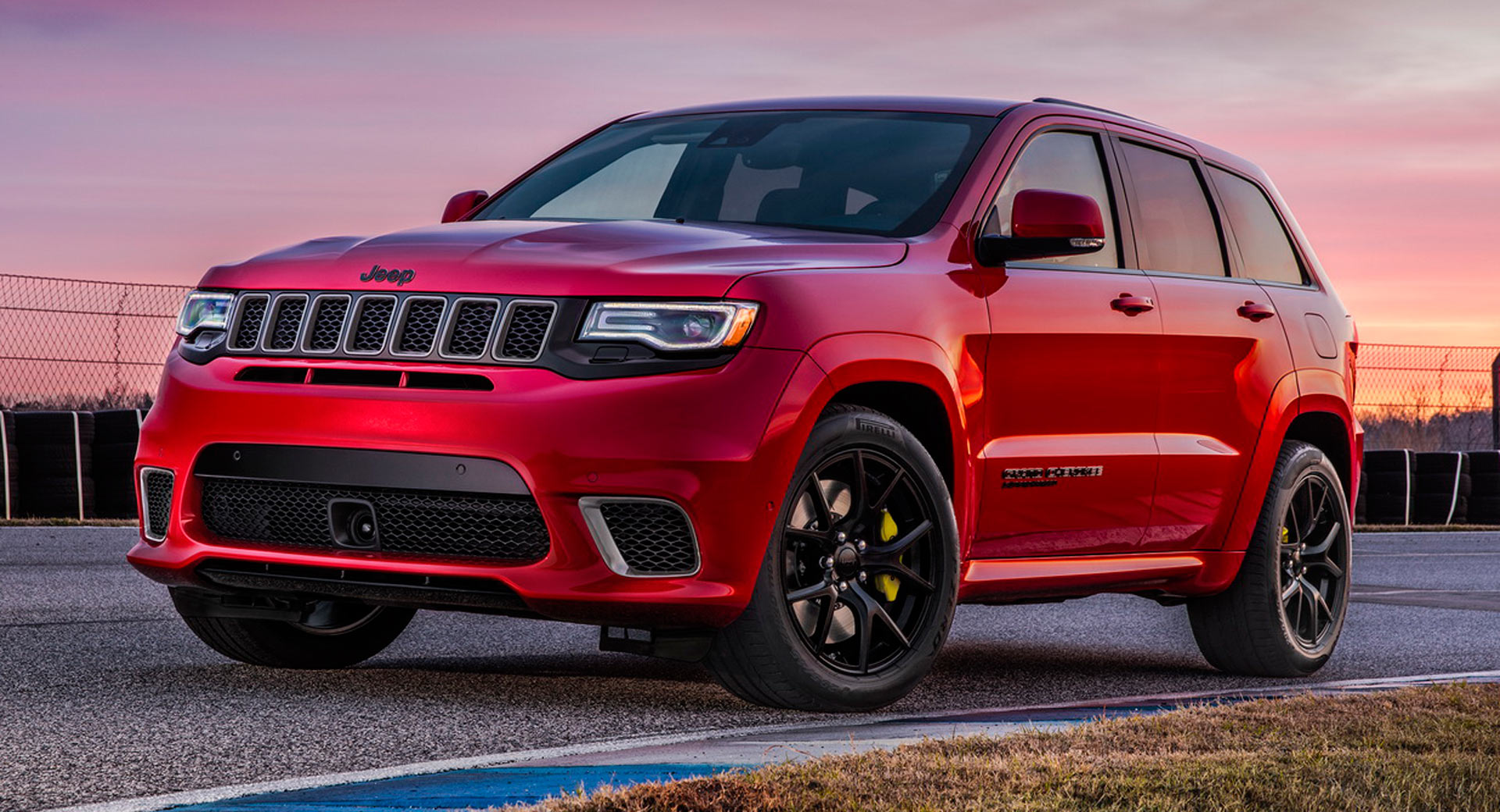 A Hellcat transplant gives the hottest Grand Cherokee 707 hp of supercharged V8 goodness. That’s 10 hp less than the same engine makes in the Challenger and Charger due to a more restrictive exhaust, but employ the launch control feature and you can dial up 60 mph in 3.5 seconds. 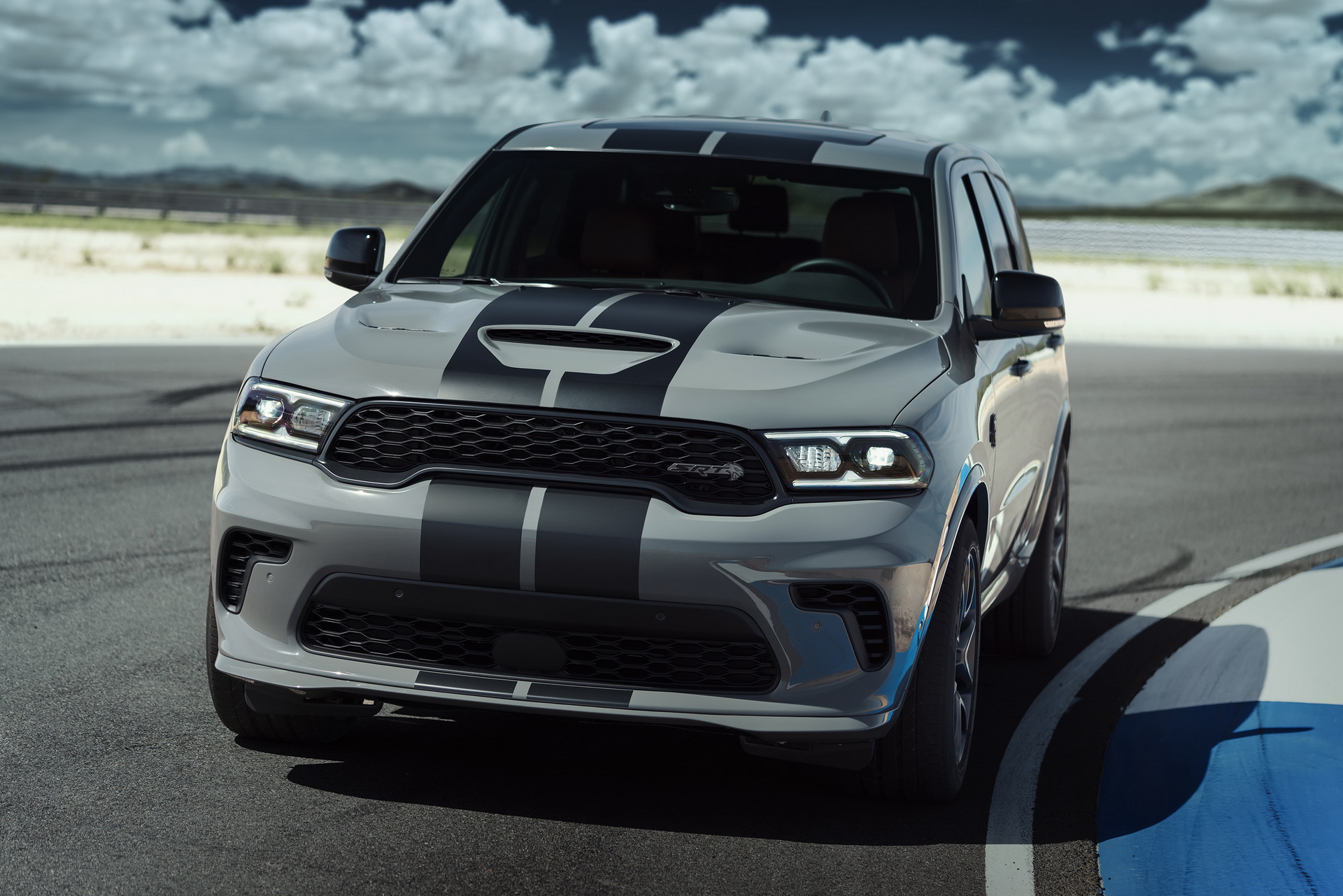 Dodge’s take on the Jeep Trackhawk is the Durango SRT Hellcat. Official figures rate it at 3 hp more than the Grand Cherokee, which must hurt the Jeep boys more than a rockcrawling backflip at Moab. But the pair is neck and neck from the stoplight. 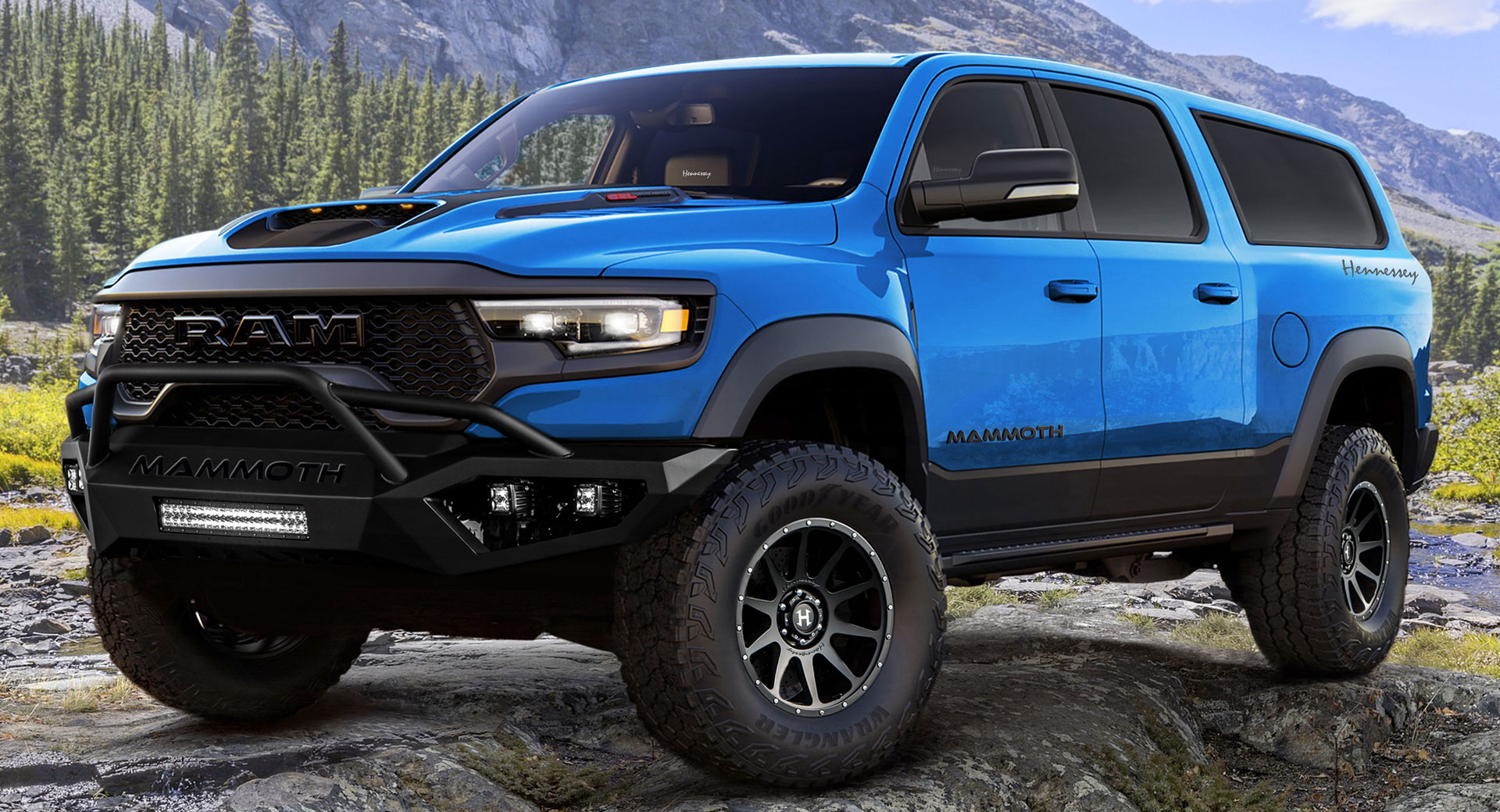 Hennessey will happily uprate your Trackhawk or Durango Hellcat to 1000 hp (though your transmission might not be quite so happy about it), but if you want the rest of the vehicle to match the same level of craziness you need a Mammoth. A Ram TRX pickup fitted with bespoke rear bodywork to turn it into a seven-seat SUV, it comes with a price that’s as shocking as that power output: $375,000.