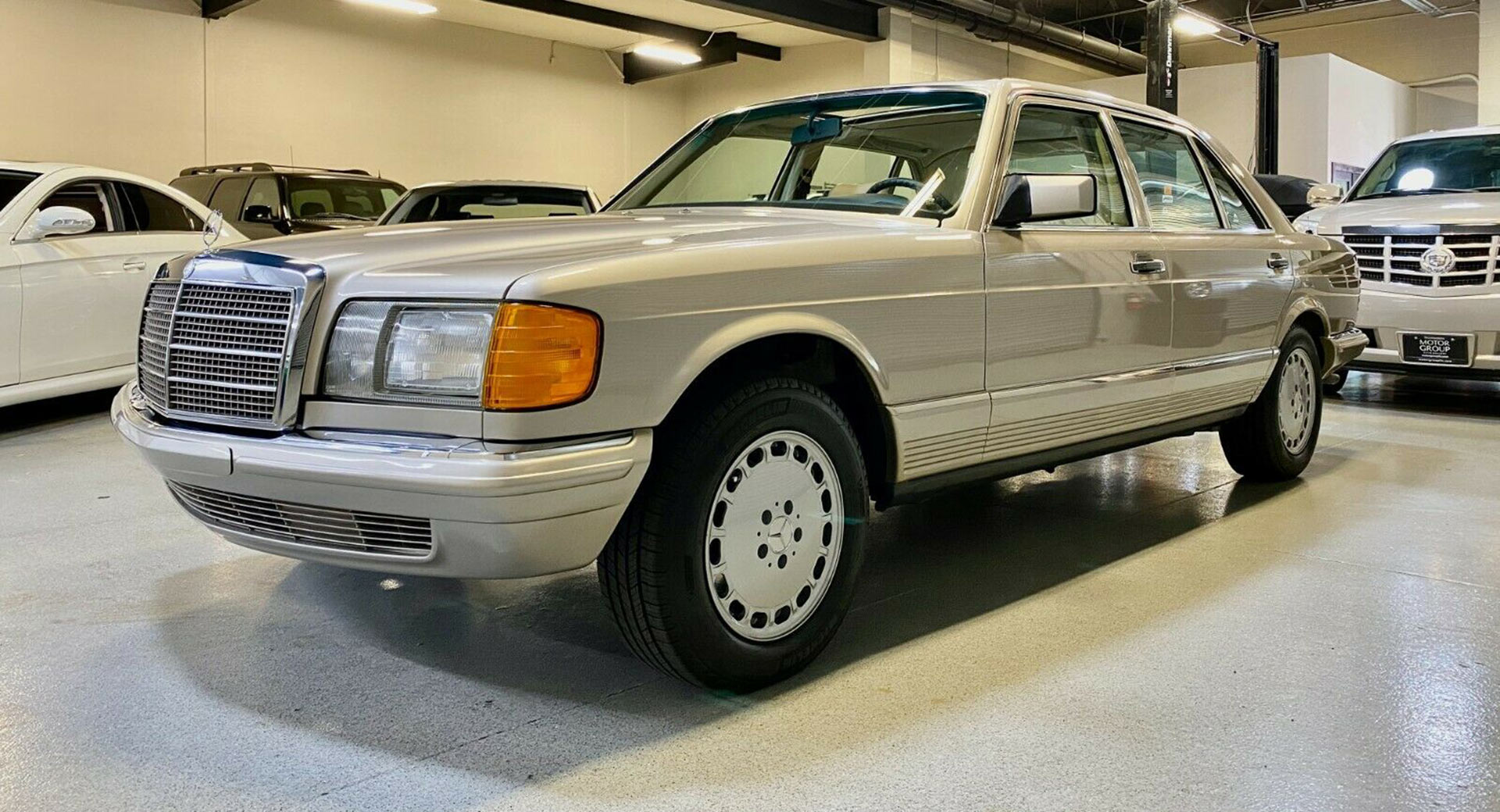 The W126 Mercedes-Benz S-Class is a true icon of German motoring and a particularly appealing example is currently up for sale courtesy of Motorgroup Auto Gallery in Scottsdale, Arizona.

The W126-generation is the epitome of what the S-Class is all about. It is big, luxurious, and has all the bells and whistles to make it the perfect long-distance cruiser. It’s little surprise then that so many W126 models have racked up incredibly high mileages.

Read Also: Mercedes-Benz S-Class – At The Forefront Of Innovation Since 1951

According to the listing, though, this W126 has only ever been driven 2,918 miles and has had just a single owner since new. As such, it is in pristine condition and probably one of the cleanest W126 S-Class models you’ll find. It’s hardly a surprise then that it carries a sticker price of $39,995.

Finished in Smoke Silver Metallic, the exterior of the 380SEL looks very fresh. Interestingly, this car was originally delivered to its owner in Belgium before they imported it to Arizona. It has been properly stored and serviced over the decades and is being sold with all of its original books, service records, and keys. It also comes with the original spare wheel and a tool kit that remains in its wrapping.

Much like the exterior, the interior is also in excellent condition with no obvious signs of wear or cracking on the leather seats. The black dashboard also looks as good as new and the wood trim, while it does look dated, also seems to be free of any damage.