The Mercedes-AMG G63 isn’t just popular among the uber-wealthy but across the tuning scene as well. This G63 modified by Hofele is one of the more striking G-Class models we’ve seen for quite some time.

Dubbed the HG 63 Limitless, the first thing you notice on this G-Class is the paint scheme. It comes from the G Manufaktur catalog, is dubbed Citrine Brown Magno and suits the boxy and aggressive shape of the G63 perfectly. Hofele has made the exterior stand out even more thanks to the fitment of massive 24-inch forged wheels finished in Grey Shadow Gloss while also adding carbon fiber fender flares and carbon fiber wing mirrors. There’s even a set of full-length electric sidesteps. 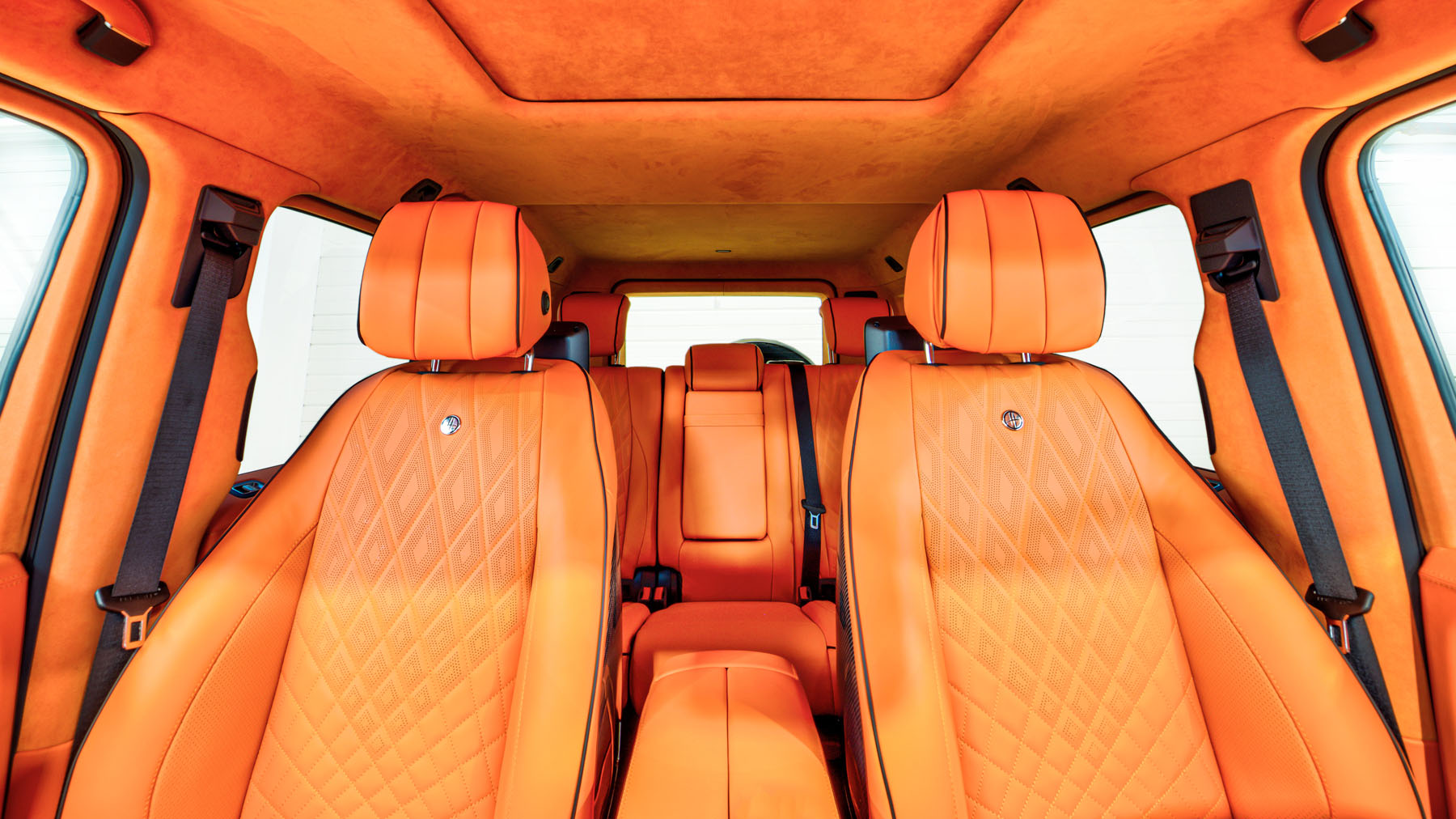 In the cabin, virtually all surfaces are wrapped in Hofele Mandarin Orange Nappa leather or Alcantara. In fact, pretty much the only areas of the interior not trimmed in bright orange are the air vents, parts of door panels, and the center console. A number of carbon fiber accents have also been fitted.

The tuner hasn’t specified how much the owner of this G63 AMG spent on the modifications but has previously said customers will need to shell out at least €300,000 (~$350,000) plus taxes for one of its HG 63 models. No mention has been made as to whether or not the German SUV’s 4.0-liter twin-turbocharged V8 has been modified.