Carlos Sainz Jr. joined Ferrari for the 2021 season and despite each F1 wheel looking about as overwhelming as the next, there’s a lot to learn, even for a pro like him. So let’s join him as he walks us through everything he learned on his winter break.

For years now, F1 steering wheels have been getting more and more complicated, to the point where Sainz estimates this one has thousands of functions across its many, many dials and switches. That doesn’t mean that every button is hard to understand, though.

There is, for instance, the big green N button. This one does pretty much exactly what you’d expect it to and puts the car into neutral. The equivalent of simply kicking the clutch and pulling the gearstick into neutral in your car, it makes gently slowing to a stop easier. There’s also a “PC” pit confirm button next to it that just confirms that you heard your team tell you to pit. 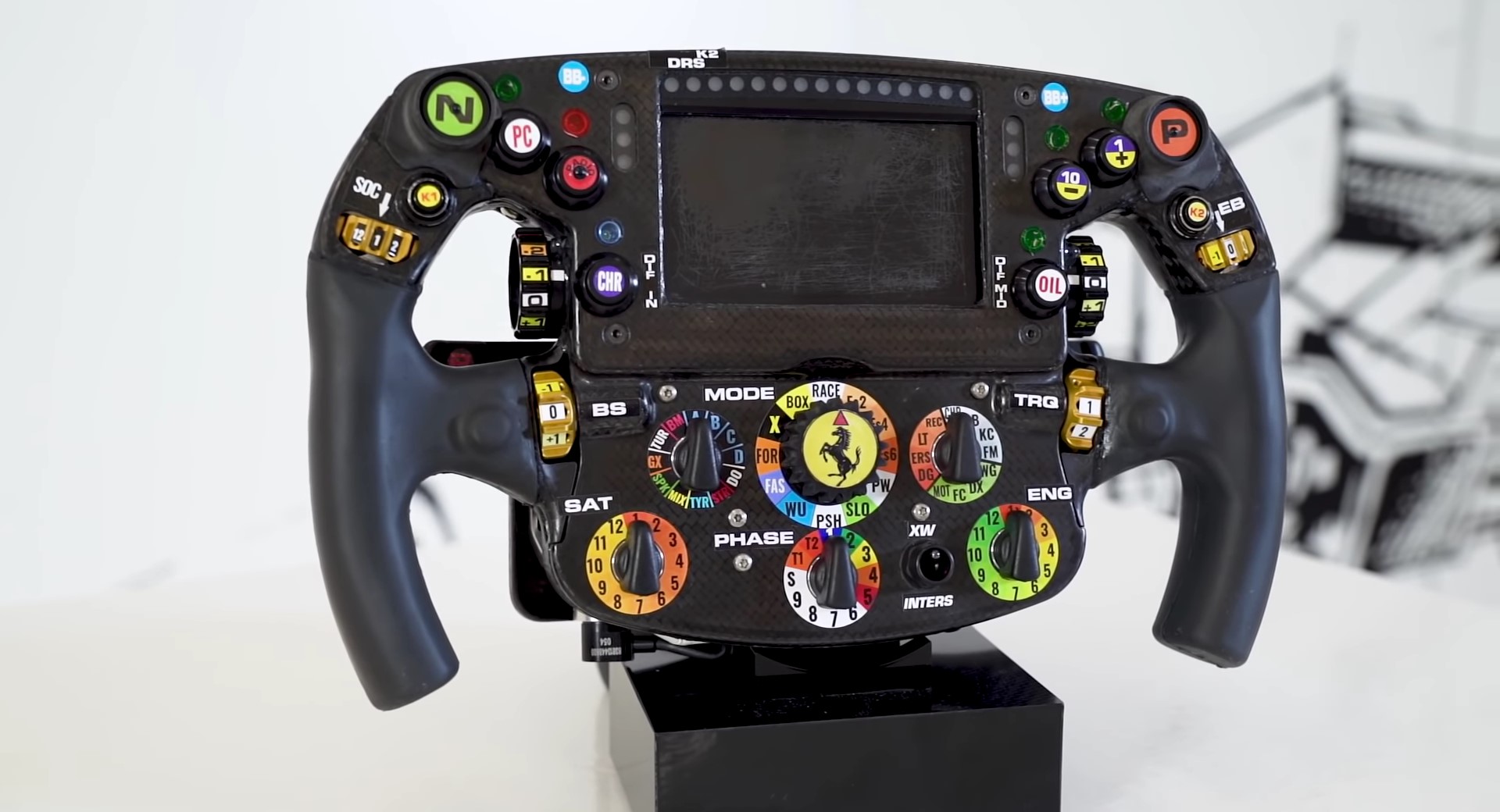 Then there are the famous engine mods. This button, highlighted by Ferrari’s prancing horse, features simple modes like “race” and “box,” as well as push. These change the tuning of the powertrain to either preserve it for longevity or go all out.

Not to be too simple about it, though, Ferrari has also added a knob for engine power. The closer to 1 you run, the more power you get out of the engine. In practice, the engine tends to run more conservatively, while in qualifying Sainz can go “full beans.”

At the very bottom of the wheel is a dial that lets the driver indicate how worn up the tires are. Anyone who has watched the modern era of tire-obsessed Formula 1 will know how important that dial is, though drivers still like to complain about their tires over the radio (another button on the top left of the wheel).

There are also dials for the diff (one each for corner entry and mid-corner), engine braking and battery use, there’s a toggle for what tire you’re on, a dial for clutch strategy, one for brake bias, and more besides, too.

Sainz sort of sheepishly admits that it’s getting a little complicated by the end of the video, but promises that it’s not so bad. Frankly, I’m still a little confused by it all, so I don’t think I’ll be buying myself an SF1000 F1 recreation wheel from Thrustmaster quite yet.