Although the Caterham Seven has been offered as a kit for decades with a number of engines – never, though, a rotary one. But the layout actually makes a lot of sense for a car as obsessed with size and weight as a Lotus.

This Seven, fitted with a turbocharged 13B rotary engine from a Mazda RX-7, is featured by Nicole Johnson on her new YouTube channel. And it couldn’t be much farther from her regular driving preferences because when she isn’t hosting this channel, Johnson is driving the Scooby-Doo Monster Jam truck.

Hardly surprising, then, that she thinks the Seven drive like a go-kart. Even for someone who isn’t used to driving something that weighs 12,000 lbs (5,443 kg) like Johnson, this Seven is light. Weighing in at just 1,350 lbs (612 kg) wet, we think it would please Lotus founder Colin Chapman, whose company built the Seven between 1957 and 1972, before selling the rights to Caterham. 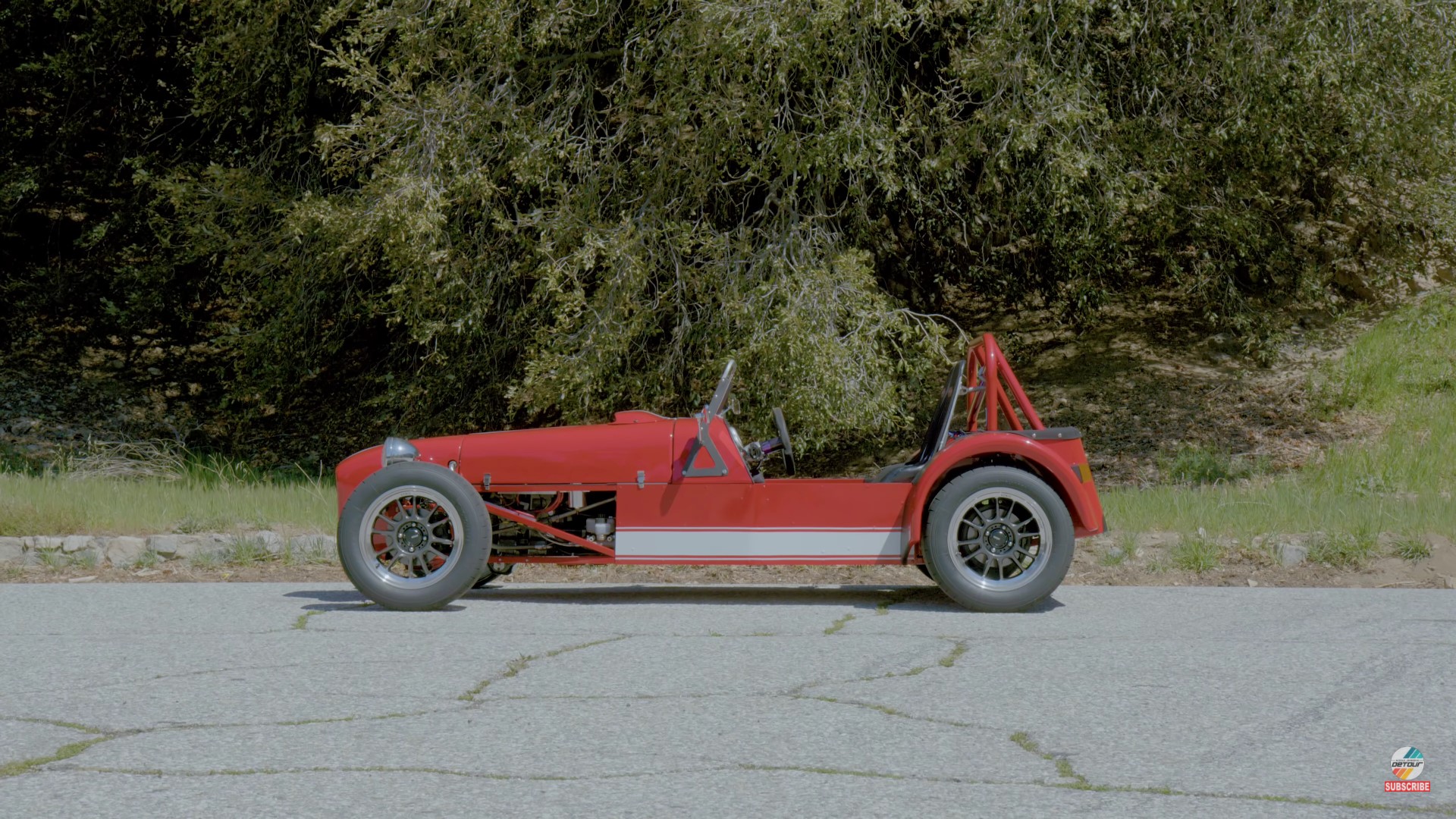 With the boost turned up, owner Jim Cuba says the engine will churn out about 400 hp at the wheels. That gives it a power-to-weight ratio of 666 hp per U.S. ton. By comparison, a Bugatti Veyron makes about 480 hp per U.S. ton.

As Cuba points out, the rest of the car is a bit of a mishmash of parts. With the engine, transmission, and rear axle coming out of an RX-7, the front brakes from a Miata, and some Triumph parts in there for good measure, it’s safe to say that it’s a special car to drive. Cuba might want to bolt on the front fenders next he goes for a drive, though.