New car prices continue to climb, but that’s only part of the cost equation as you’ll also need to factor in insurance.

While pricing will vary by company, person and vehicle, choosing certain models could save you a bundle. With that in mind, Insure.com recently released their list of the cheapest and most expensive vehicles to insure for 2021.

Also Read: Michigan Has The Most Expensive Car Insurance, Maine The Cheapest 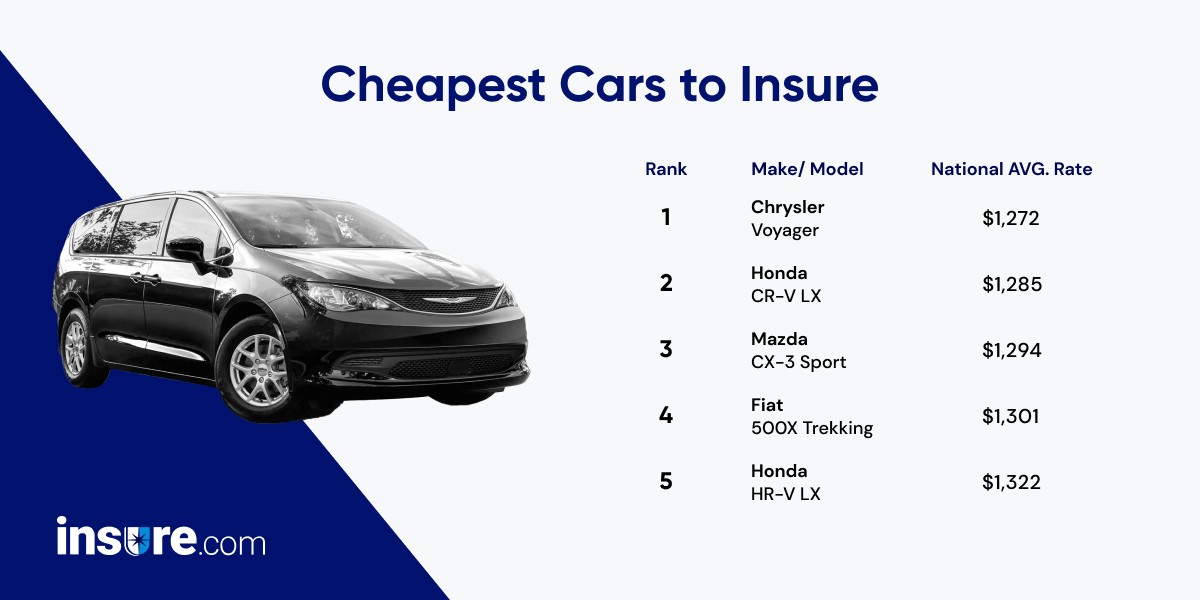 If you’re starting to notice a trend, kudos as eight of the 10 cheapest vehicles to insure were crossovers or SUVs. The only other outlier, besides the Voyager, was the Subaru Outback 2.5i which was the eighth cheapest with an average annual cost of $1,330.

At the opposite end of the spectrum, Maserati dominated the list of the most expensive vehicles to insure. The Quattroporte S GranSport took top honors with an average annual cost of $4,823. It was followed by the Ghibli S Q4 GranSport ($4,208), while the Levante GTS ($3,803) was the ninth most expensive.

Two Teslas were hot on the heels of Maserati as the Model S Performance Plaid and Model X Performance Plaid were the third and fourth most expensive, with an annual insurance cost of $4,143 and $4,025 respectively.

Mercedes is notably absent from the list and Insure.com described this as a “major shift” as three of their vehicles made the top 10 list of most expensive vehicles to insure last year. This time around, the most expensive Mercedes was the S560 4MATIC, which averaged $3,706. Interestingly, that’s slightly more than the S63 AMG 4MATIC which came in at $3,694. 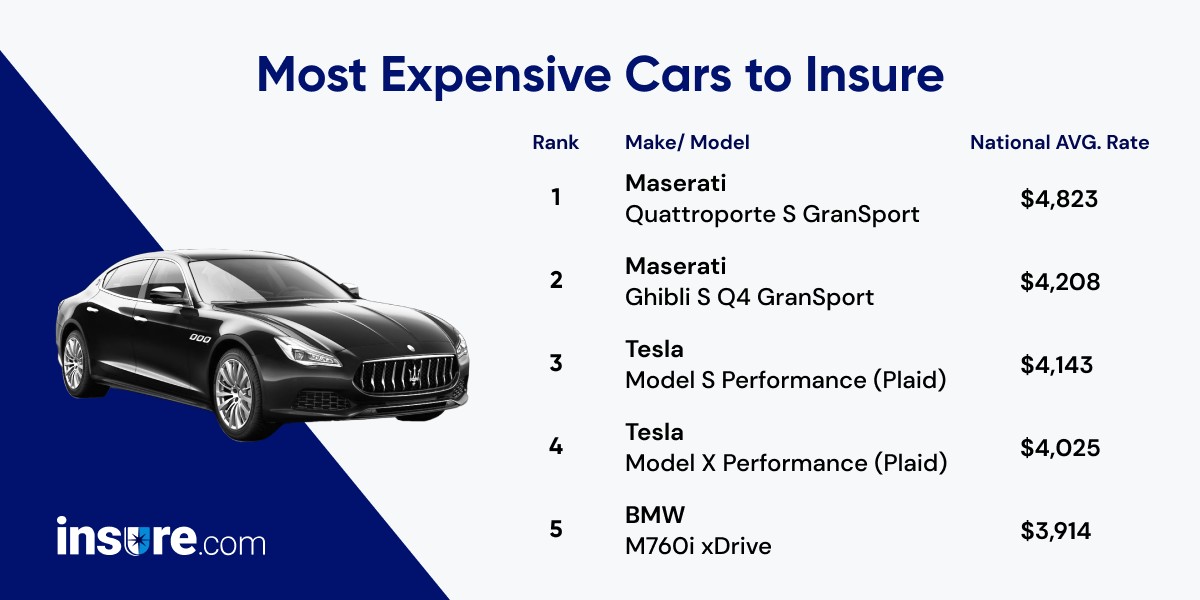