Ford wants to show off its new electric crossover, the Mustang Mach-E, to as many people as possible. To that end, it is taking it on a cross-country tour of the US.

The Ocean-to-Ocean Reimagined tour is an homage to the race of the (almost) same name that a Ford Model T won in 1909. In all, the Mach-E will drive almost 6,500 miles over the course of 50 days, stopping in cities along the way to show off the new car.

“More than a century after the Model T brought mobility to the masses, Mustang Mach-E is injecting thrill and passion to fully electric vehicles,” said Jason Castriota, Ford’s global brand director, Battery Electric Vehicles. “Ocean to Ocean Reimagined is helping to amplify awareness around Mustang Mach-E and what it can do.” 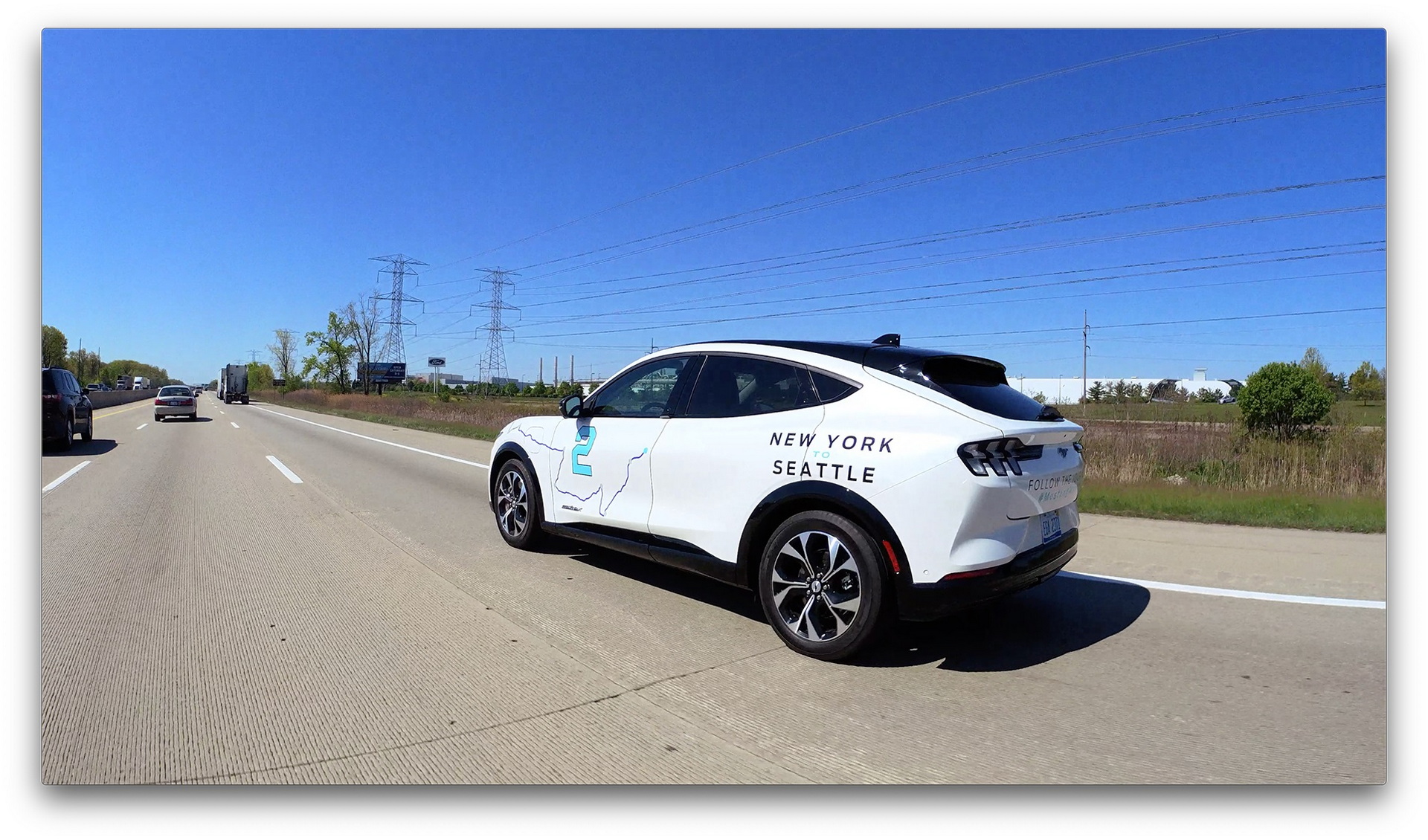 The tour will start in New York City at the Classic Car Club Manhattan and will head down the east coast before heading west. The team plans to make stops in Washington, D.C.; Charlotte, North Carolina; Atlanta, Georgia; Amelia Island, Florida; Las Vegas, Nevada, and will eventually end in Seattle, Washington.

Those who see the crossover will also get to see a reproduction of the Number 2 Model T that Ford entered into the Ocean to Ocean Automobile Endurance Contest in 1909. The transcontinental race began in New York on June 1, sponsored by the Automobile Club of America, the Seattle Automobile Club, the Alaska-Yukon-Pacific Exposition, and Henry Ford himself.

The route was set by a Thomas Flyer, the winner of the 1908 New York to Paris Race, who took two months to plot it. The Number 2 Model T managed to finish the race in just 23 days earning itself a (disputed) victory in the process. The reproduction Model T will lead two Mach-Es out of New York and over the finish line in Seattle.

“We hope this coast-to-coast journey – much like the original Ocean to Ocean race commissioned by Henry Ford in 1909 – becomes a truly unique, exhilarating, and entertaining chapter in the Ford and Mustang story,” said Castriota.