Opel has revealed the Manta GSe Elektromod one-off special in all its glory, following a teaser campaign that was launched two months ago.

The new all-electric Manta GSe is described as Opel’s “first electric restomod”, packing modern EV components under the classic silhouette of the compact German coupe. The original 1.6-liter four-cylinder engine is here replaced by an electric motor with 145 HP (147 PS) and 166 lb-ft (225 Nm) of torque. 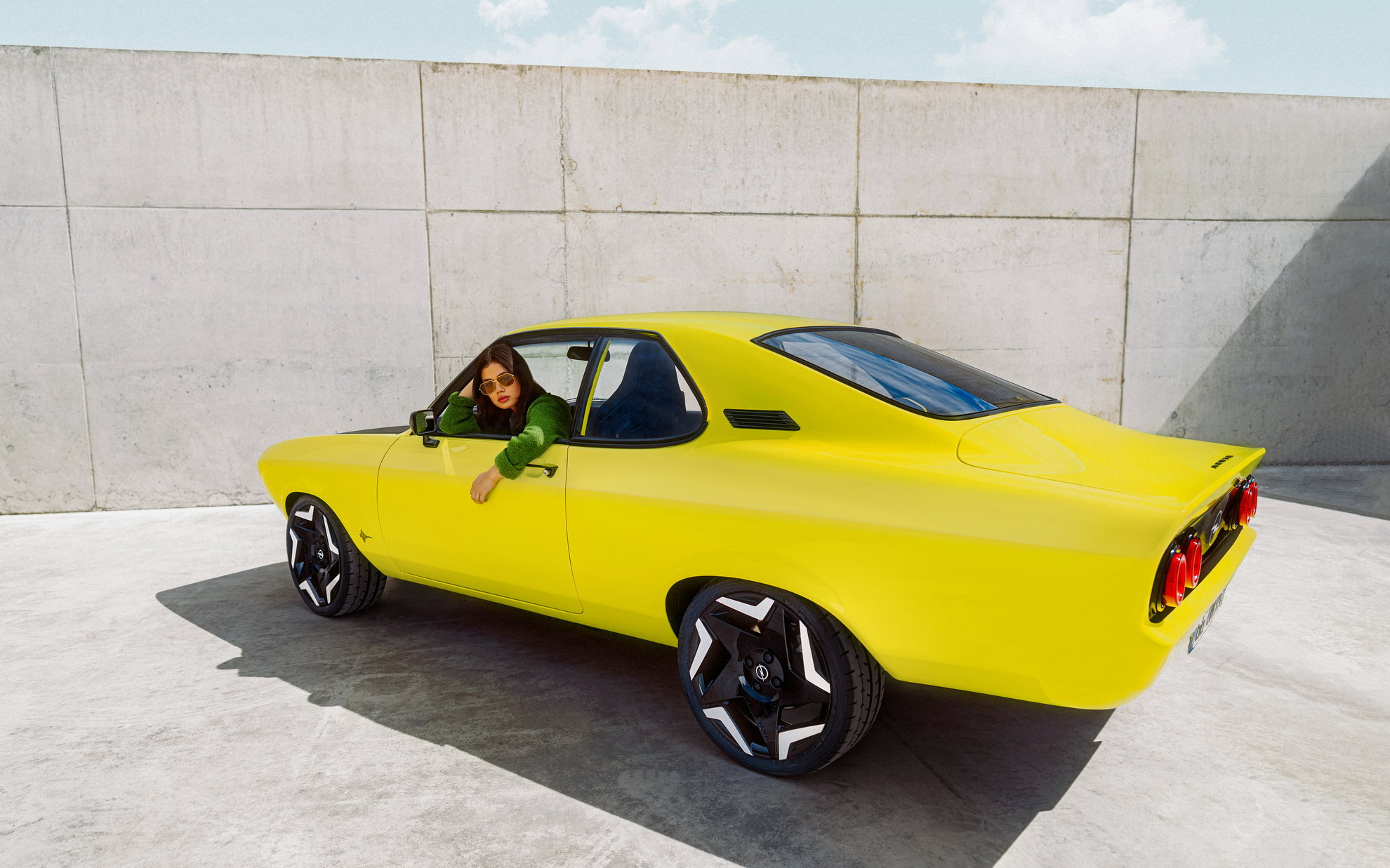 An electric coupe… with a manual transmission

However, Opel kept the Manta’s original four-speed manual transmission in its place, thus giving us an electric coupe that you can actually row your own gears. Drivers also have the option of using it as an automatic just by engaging the fourth gear. The benefits of peak torque from zero rpm, in case you were wondering.

Power is sourced from a 31 kWh lithium-ion battery pack, allowing the new Opel Manta GSe for a driving range of around 124 miles (200 km). Just like the regular electric Opel models, the restomodded Manta features regenerative braking and a 9kW onboard charger, with a full charge taking just under four hours to complete.

Opel has managed to combine its latest design elements rather tastefully into the classic shape of the Manta GSe, which features a “Pixel-Vizor” front end that spans across the width of the car. It’s basically a display used for playful messages, such as “I am on a zero e-mission”, followed by the silhouette of a manta ray. The iconic circular taillights are also now three-dimensional LED units.

The one-off show car is finished in a striking yellow color, contrasted by a black bonnet, while the wheels are specially-designed 17-inch Ronal alloys.

The interior of the new Opel Manta GSe has also benefitted from the upgrades, featuring the brand’s latest digital displays for the instrument cluster and infotainment system. The so-called Pure Panel consists of 12-inch and 10-inch digital displays oriented towards the driver. In addition, Opel has added a high-end audio system from Marshall.

Opel’s electric restomod also features a pair of sports seats with a yellow center line, which offer much better support and comfort than the originals. The Petri three-spoke steering wheel has been reworked and now features a yellow marker in the 12 o’clock position while the surfaces on the dash and door panels are now matt grey to contrast the yellow and black colors found elsewhere. Last but not least, the headliner is now finished in Alcantara. 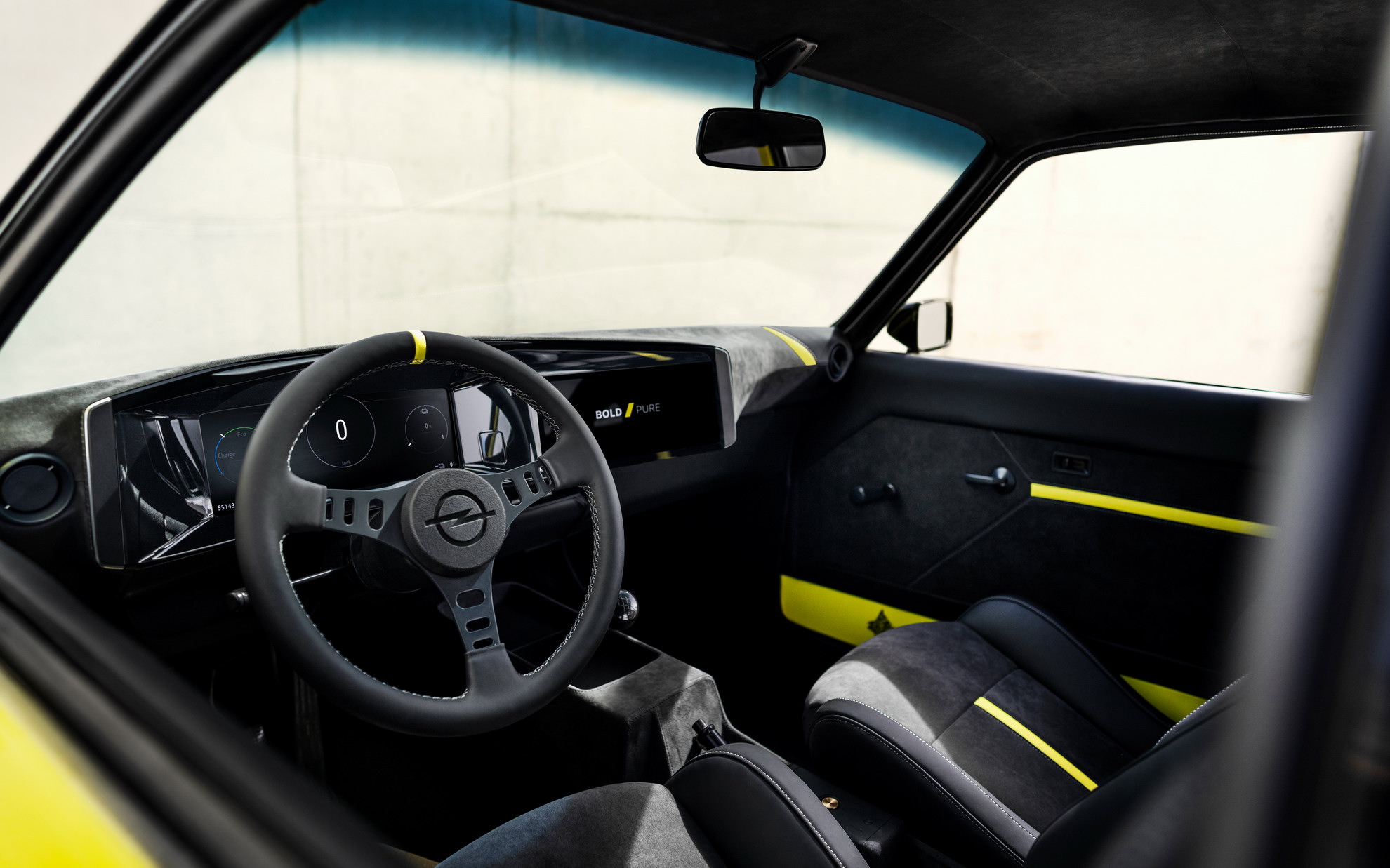 The Opel Manta GSe Elektromod will not be the last time you’ll come across the GSe badging; Opel -and Vauxhall- have been working on a range of high-performance electrified models for the near future, including a hot hatch version of the existing Corsa-e.