An intriguing microcar dubbed the 1958 F.M.R. TG 500 ‘Tiger’ is heading to auction later this month thanks to RM Sotheby’s.

If you haven’t heard of the TG 500 before, I don’t blame you, as it is news to me too. The listing reveals that the company behind the TG 500, Fahrzeug und Maschinebau GmbH Regensburg (F.M.R.), started out life as Messerschmitt, an expert maker of microcars. The company changed its name when it was purchased by the German government in 1957 and soon after, the TG 500 was launched.

Read Also: The BMW Isetta Remains One Of The Most Intriguing Cars Ever Created

The car, also known as the ‘Tiger’, features the same monocoque as Messerschmitt’s KR 200 three-wheeled car but instead features four wheels. It was also equipped with enlarged brakes, larger front suspension arms, larger headlights, and a new 494 cc, two-cylinder, two-stroke engine that produced 20.5 hp when it was new. 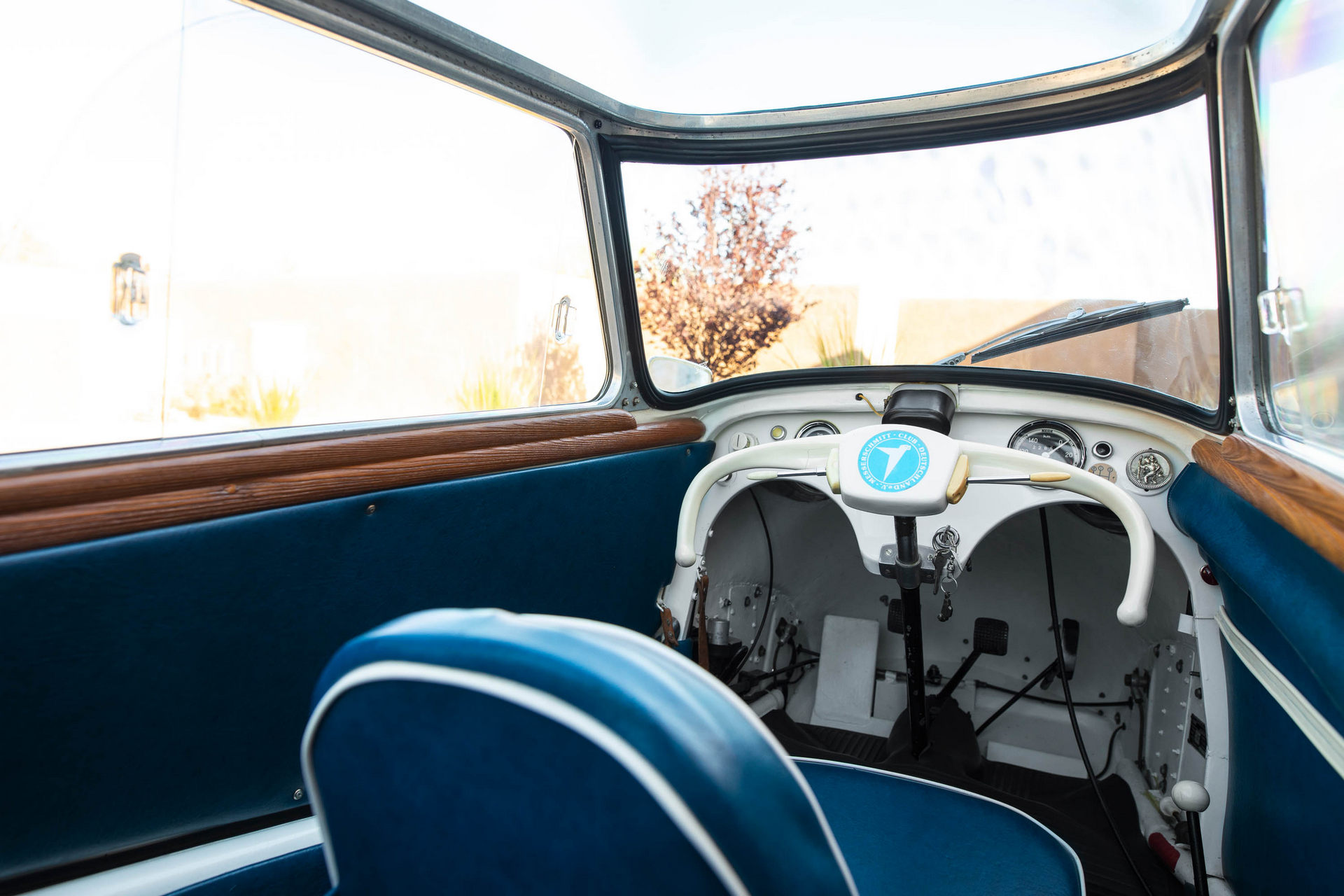 Of course, no car that produces 20.5 hp is going to be fast, no matter how small and light it is. With that in mind, the TG 500 needs no less than 28 seconds to reach 60 mph (96 km/h) and can continue through to a top speed of 78 mph (125 km/h). That may not sound like much in today’s world but it did make the Tiger one of the fastest microcars at the time.

Just 320 examples of the TG 500 were ever produced and this example is thought to be one of just 150 known survivors. It is painted white with white fenders and sits on steel wheels with F.M.R. hubcaps. It also features a glass bubble roof and a rear luggage rack while the interior is clad in blue leather with white piping and wooden accents.

While the microcar is offered without reserve, RM Sotherby’s specialists estimate that it could sell for $125,000-$165,000.