Shortly after the first reports that Porsche is working on a new high-performance version of the Cayenne to go after the Lamborghini Urus, the German carmaker released the first official information along with a clip of Walter Röhrl driving a slightly camouflaged test car on the track.

The new Cayenne model is expected to be the most powerful member of the range with a combustion engine, featuring an upgraded version of the twin-turbo 4.0-liter V8 with reportedly up to 631 HP. Customers wishing for even more power can always go for the plug-in Cayenne Turbo S E-Hybrid.

Read More: The Porsche Cayenne Coupe Turbo Will Soon Get A 631 HP Variant

Compared to its more powerful plug-in hybrid siblings, the yet-unnamed Porsche Cayenne will be focused more on driving dynamics and will be offered exclusively with the Coupe bodystyle.

Porsche engineers have tinkered with the setup of the PDCC (Porsche Dynamic Chassis Control) active roll stabilization system for a more performance-oriented handling character, while the front axle has been beefed up with half-an-inch wider rims and more negative camber.

“The PDCC always keeps the body balanced and level even during very spirited cornering,” said Porsche test driver Lars Kern, who has been involved in the development of the new Cayenne Coupe model. “Compared with the Cayenne Turbo Coupé, the front rims are now half an inch wider, and negative camber has been increased by 0.45 degrees in order to provide a larger contact area for the 22-inch sports tires newly developed especially for this model”. 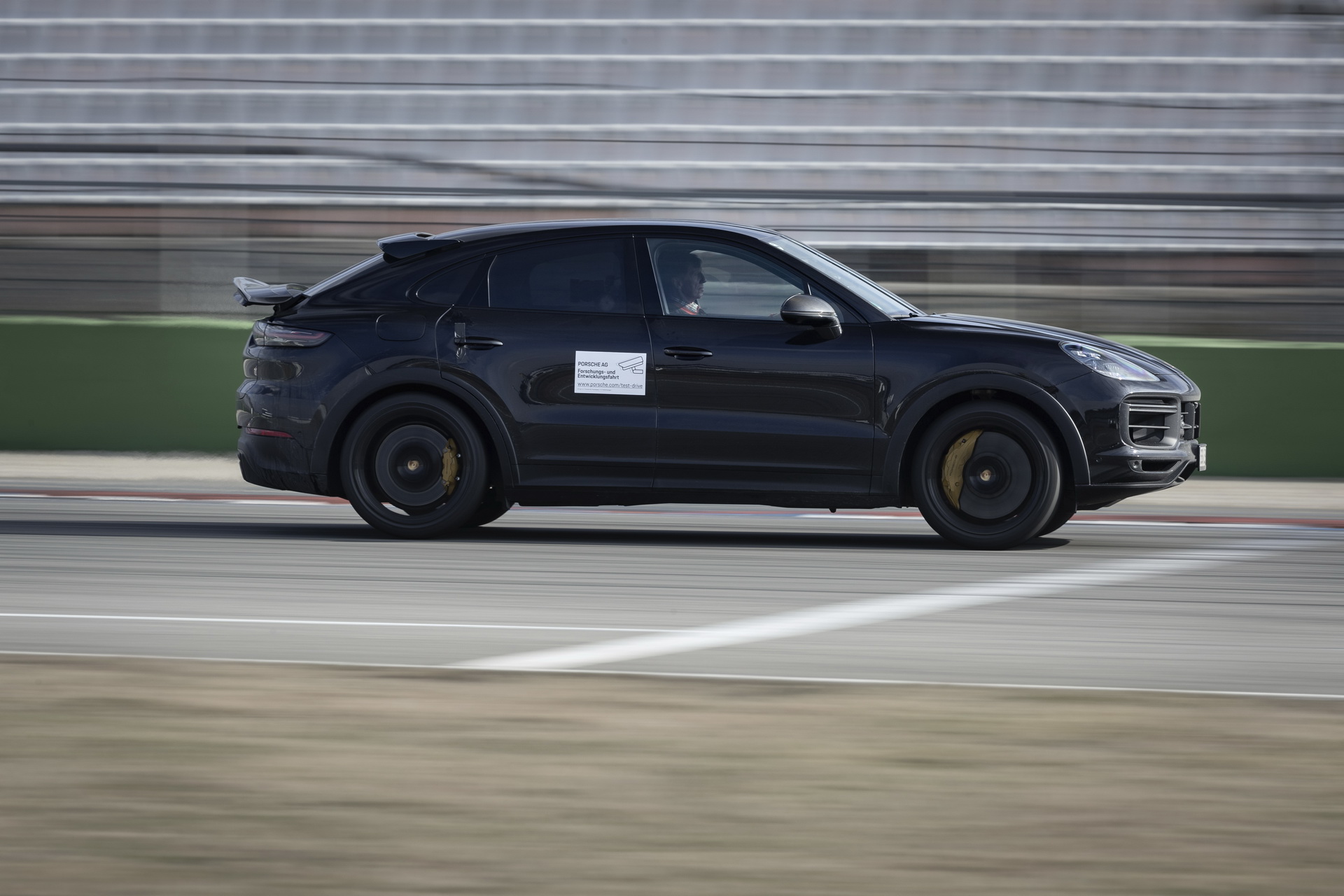 The new hot version of the Porsche Cayenne Coupe is also getting a new titanium exhaust system with centrally mounted tailpipes, as well as a more aggressive aero kit that includes a redesigned front bumper, a roof spoiler with new side elements, and a new more pronounced rear diffuser.

“The car remains incredibly stable even in fast corners, and its turn-in behavior is extremely precise. More than ever, you have the feeling that you are sitting in a compact sports car rather than in a large SUV,” said Walter Röhrl, two-time World Rally Champion and Porsche Brand Ambassador after a few laps on the Hockenheimring.

The hot new Porsche Cayenne Coupe is expected to be revealed in the coming weeks, so stay tuned.