Mansory has never been afraid to make a statement with its creations and this particular Lamborghini Urus does just that.

Residing in Qatar, this Urus has been equipped with Mansory’s Venatus kit that includes a plethora of new exterior parts that really make the super SUV stand out.

The alterations start at the front end where the Urus sports a revised fascia with a new bumper and forged carbon fiber splitter. The forged carbon fiber theme continues to the hood that also comes courtesy of Mansory. Other distinctive features of the Venatus kit include forged carbon wing mirrors, flared front and rear wheel arches, bespoke side skirts, and a transformed rear end that looks much more aggressive than the standard Urus. 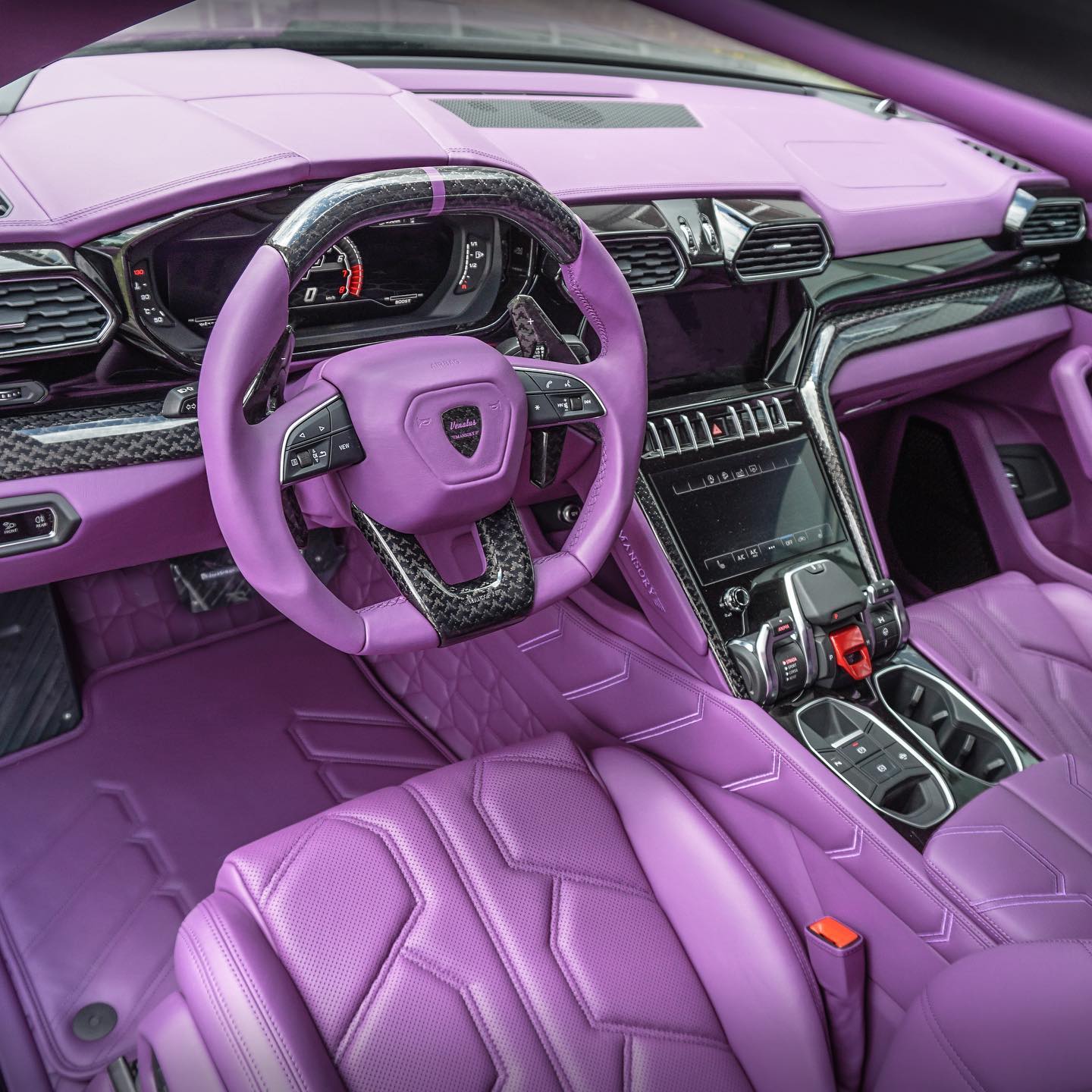 However, it is not the exterior of this Lamborghini Urus that is the most eye-catching (for some, controversial for others) part of it. Instead, it is the interior.

To our eyes, the stock interior of the Urus is spot-on for an expensive and performance-focused SUV. However, the owner of this particular example clearly wanted to make a statement and had Mansory fit purple leather across the seats, transmission tunnel, steering wheel, dashboard, and pillars. In fact, just about every interior surface of the Lamborghini is finished in purple, and those that aren’t are trimmed in carbon fiber.