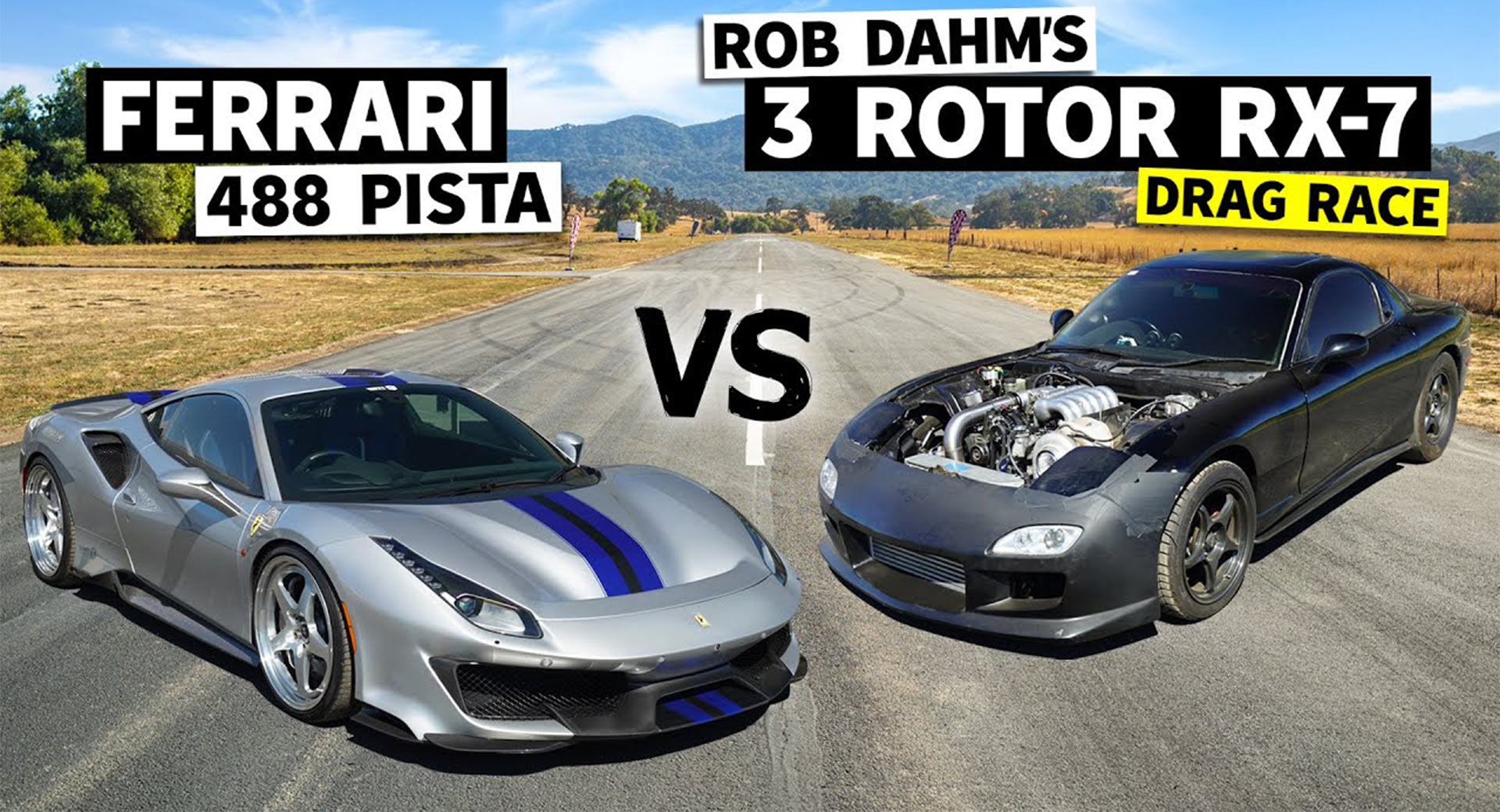 YouTuber Rod Dahm is perhaps best known for his four-rotor, all-wheel drive Mazda RX-7 but he also owns a three-rotor RX-7 and recently pitted it against a Ferrari 488 Pista.

This clip comes from Hoonigan and their This vs That series. The modified RX-7 and 488 Pista may seem like the most unlikely of rivals, which makes this comparison quite interesting.

Dahm has built his three-rotor RX-7 by himself and says that it pumps out 1,033 hp and 800 lb-ft of torque at the rear wheels. It weighs roughly 3,000 lbs and sends all of its power to the rear wheels courtesy of a manual transmission. By comparison, the Ferrari 488 Pista has a 3.9-liter twin-turbo V8 that has been tuned to pump out 730 hp, 20 hp more than the stock car. It too is rear-wheel drive but has a dual-clutch seven-speed V8 that is much quicker than the manual of the RX-7.

A handful of other modifications have been made to this 488 Pista, including the fitment of a carbon fiber aero kit from Novitec and a set of forged HRE wheels.

In the first race between the two, the Ferrari gets the far superior launch thanks to all of its advanced tech that helps to efficiently send the power through the rear wheels. By comparison, Dahm struggles to get off the line and spins up the rear tires. In the second race, Dahm fits a set of drag radials and gets a much better launch but as the speeds increase, he loses traction and almost spins out, handing the victory to the Ferrari.