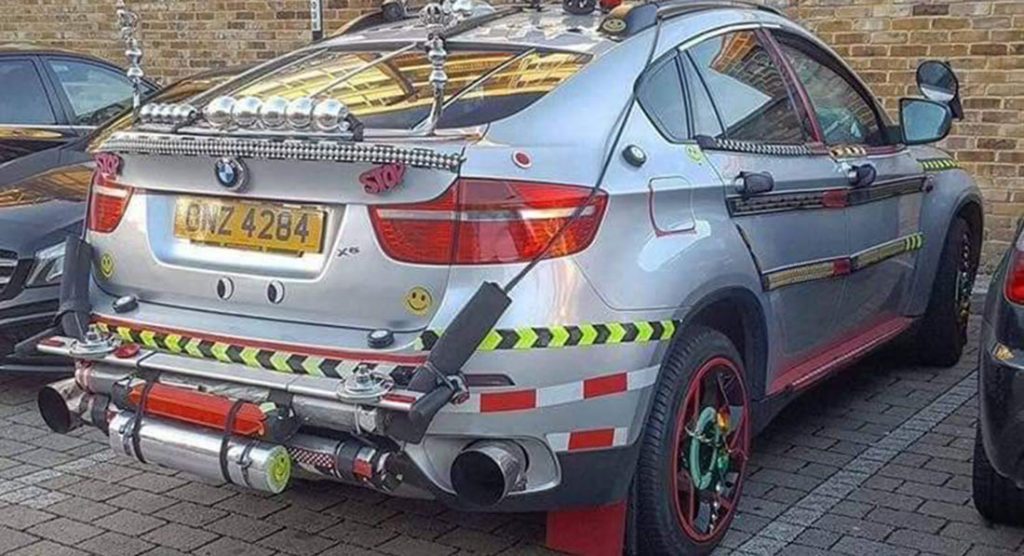 The BMW X6 has never been regarded as a particularly good-looking vehicle and this particular X6 is uglier than most. In fact, it could very well be the most horrific X6 on earth.

This X6 was recently snapped somewhere in the UK and a photo of it was shared on Reddit. As you can imagine, Redditors haven’t held back in their criticism of the SUV with one suggesting that the owner probably got drunk and tried to make a time machine.

All kinds of miscellaneous items adorn the exterior of the BMW. On the roof, for example, you may notice a pair of CCTV cameras while the rear decklid has a handful of bizarre chrome parts. There are also some weird badges and stickers across the rear, including hazard tape. Elsewhere, there is a cylindrical object finished in chrome that’s attached to the bumper. In addition, the X6 has been equipped with huge chrome tailpipes that protrude at least three inches out from the bumper.

Watch Also: Can The BMW X6 M Keep Pace With A Lamborghini Urus?

The weirdness continues along the sides of the X6 where you will notice black wheels with red accents. Black plastic covers have also been placed over the standard door handles and various silver and gold accents have been affixed to the doors. There’s even an additional mirror attached to the driver’s side wing mirror.

It’s impossible to know for certain what kind of look the owner of the X6 was trying to achieve but whatever it was, we don’t think it has been particularly successful. 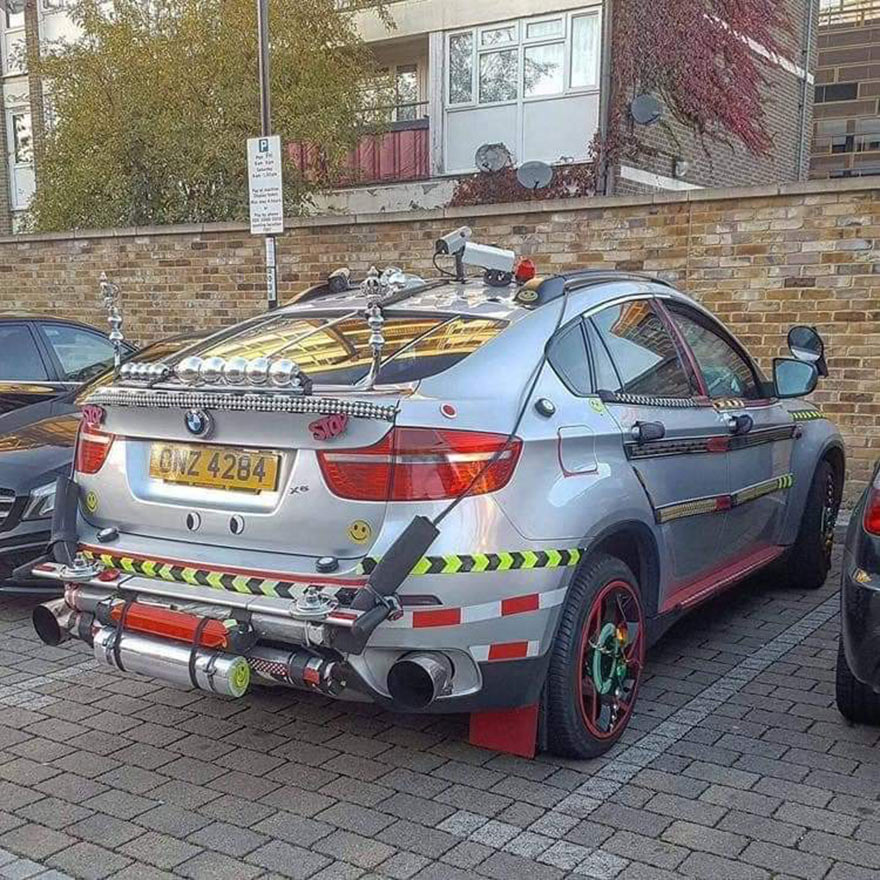