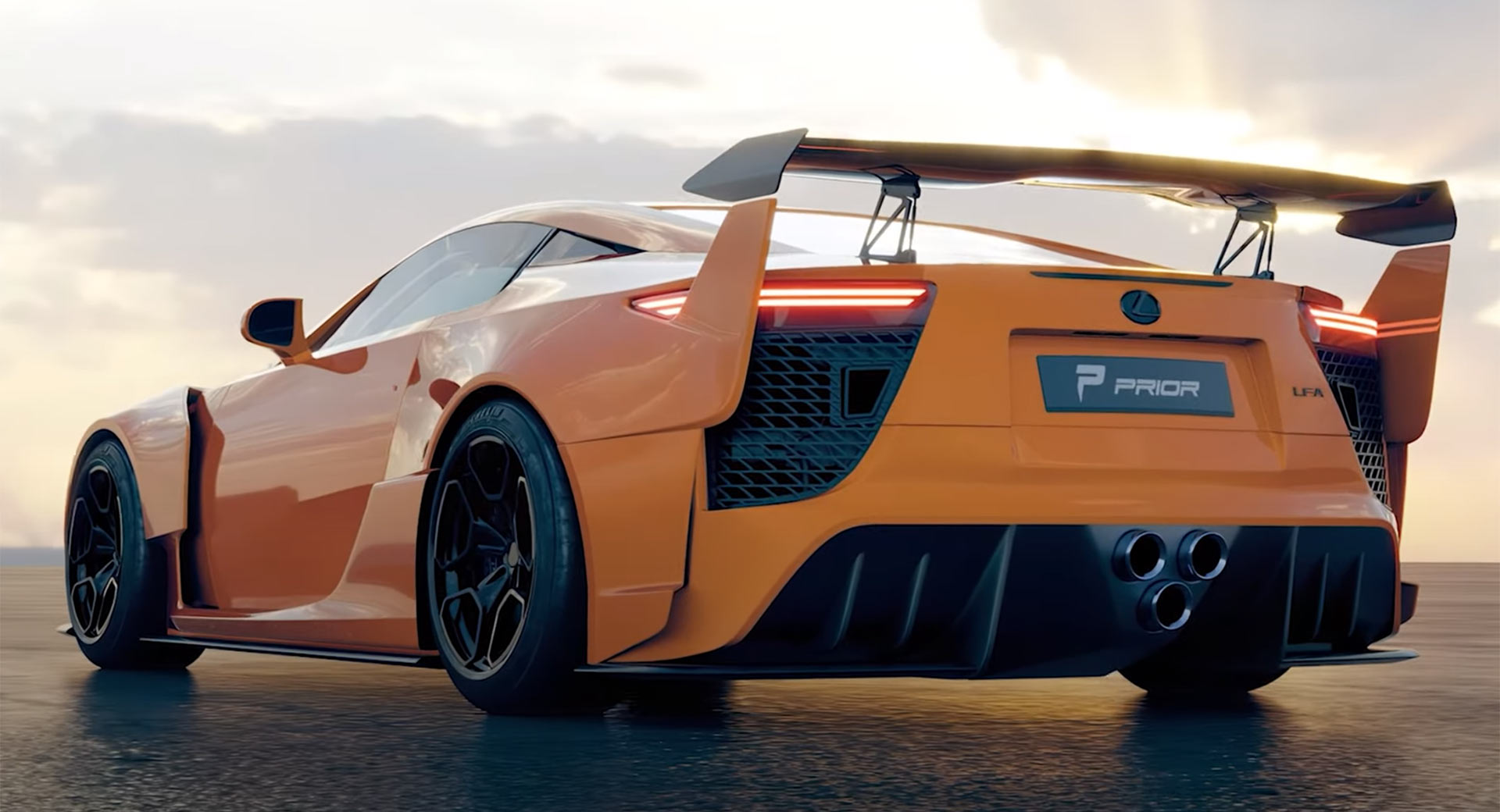 Lexus only ever built 500 examples of the iconic LFA and given its rarity, it should come as no surprise that very few have been modified. However, were Prior Design to release a bodykit for the Japanese suercar, it could look something like this.

This video may look very real but we assure you that it is CGI. Nevertheless, it shows how the exterior of the LFA could be transformed with a widebody kit. It’s certainly not what we would describe as ‘elegant’ but it is definitely bold and would make the LFA stand out even further on the street.

Watch Also: Rediscover Why The Lexus LFA Was Considered A Masterpiece

The front of the kit consists of an overhauled fascia with a new bumper, reshaped air intakes, and tweaked headlights with LED daytime running lights. Prior Design has also engineered a new hood for the LFA with prominent air extractors as well as a set of flared wheel arches up front. These wheel arches sit over a set of unique aftermarket wheels and neatly match up with unique side skirts and rocker panels.

Alterations continue at the rear where Prior Design has also flared the rear arches and adorned the bodykit with bold fins that jut out from the rear of the car and stretch up towards the rear wing, which is not dissimilar to the fixed one on the LFA Nurburgring Edition. Elsewhere, the LFA has been imagined with a bold new diffuser and modernized LED taillights.