The E31 8-Series was one of the most unique cars BMW ever made, with its distinctive wedge shape, cutting-edge technology, and naturally aspirated V12 engine. However, as popular as the original 8-Series was, BMW never sold a convertible version.

Interestingly, the company did originally plan to offer a convertible 8-Series at launch, but those plans were derailed. The 850i Cabrio, as it was called, was apparently fully developed to production readiness, but abandoned in fear that it wouldn’t recuperate its development costs. That being said, a prototype of the stillborn GT car can still be found in the BMW Museum in Munich. 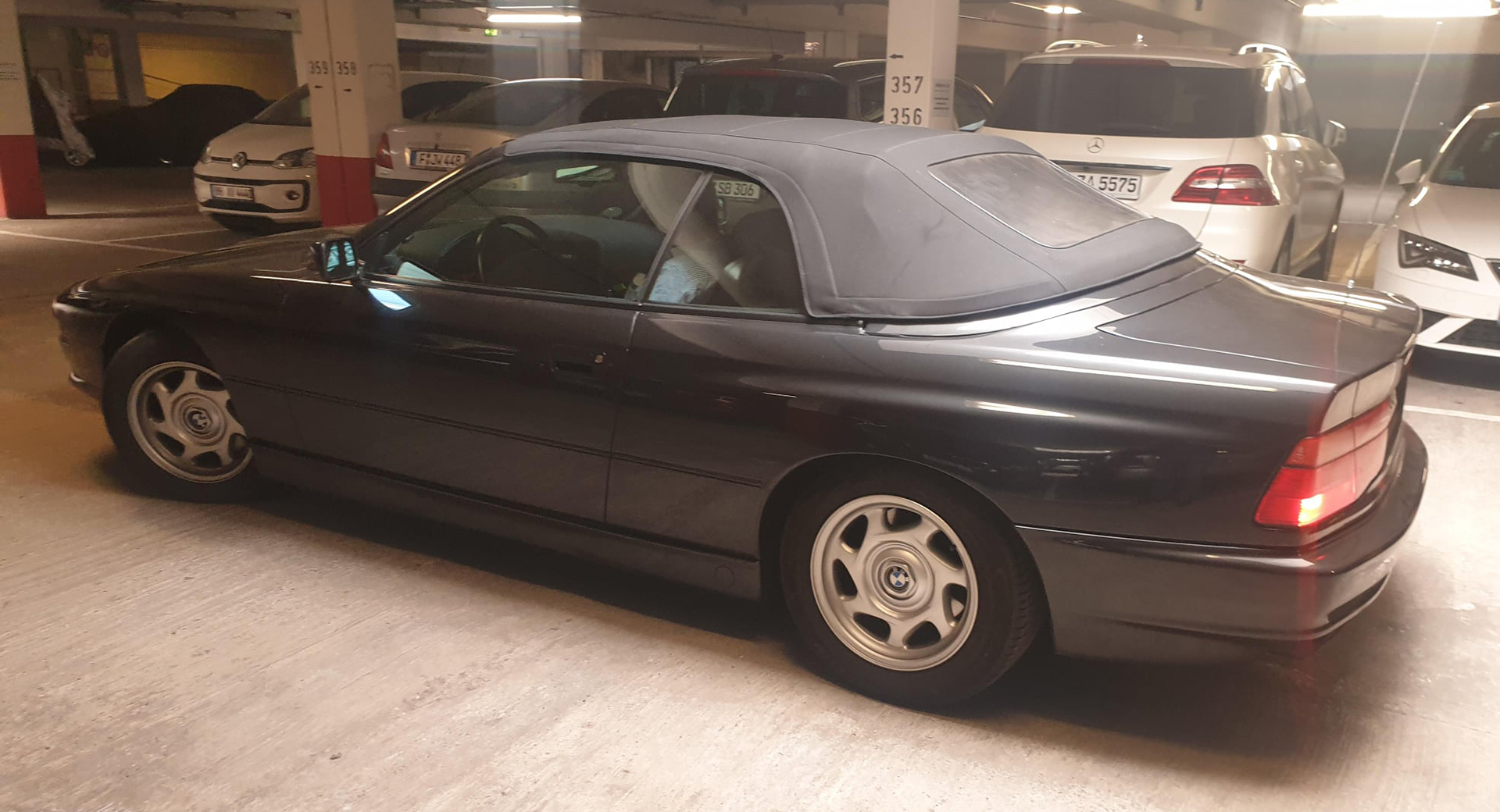 But just because BMW wouldn’t do it doesn’t mean somebody else couldn’t. Enter the SGS Monte Carlo, a proper convertible 8-Series produced by German conversion shop Styling Garage. It is an 850i that features an automatic soft top, a rain sensor, and even a hard top for the winter. Apparently, only around 20 Monte Carlos were ever built, making them very rare.

This particular example is finished in a simple black paint, which is complemented by a set of OEM BMW Style 9 wheels. Inside there is standard black leather upholstery, and judging by the center console, this car appears to be an automatic. It also seems to have lost its rear seats to make room for a parcel shelf, but it’s not like many people were fitting back there anyway, and more storage is always a welcome addition.

Overall though, this convertible conversion looks to have been very professionally executed, and you can see its top in action in the video below.