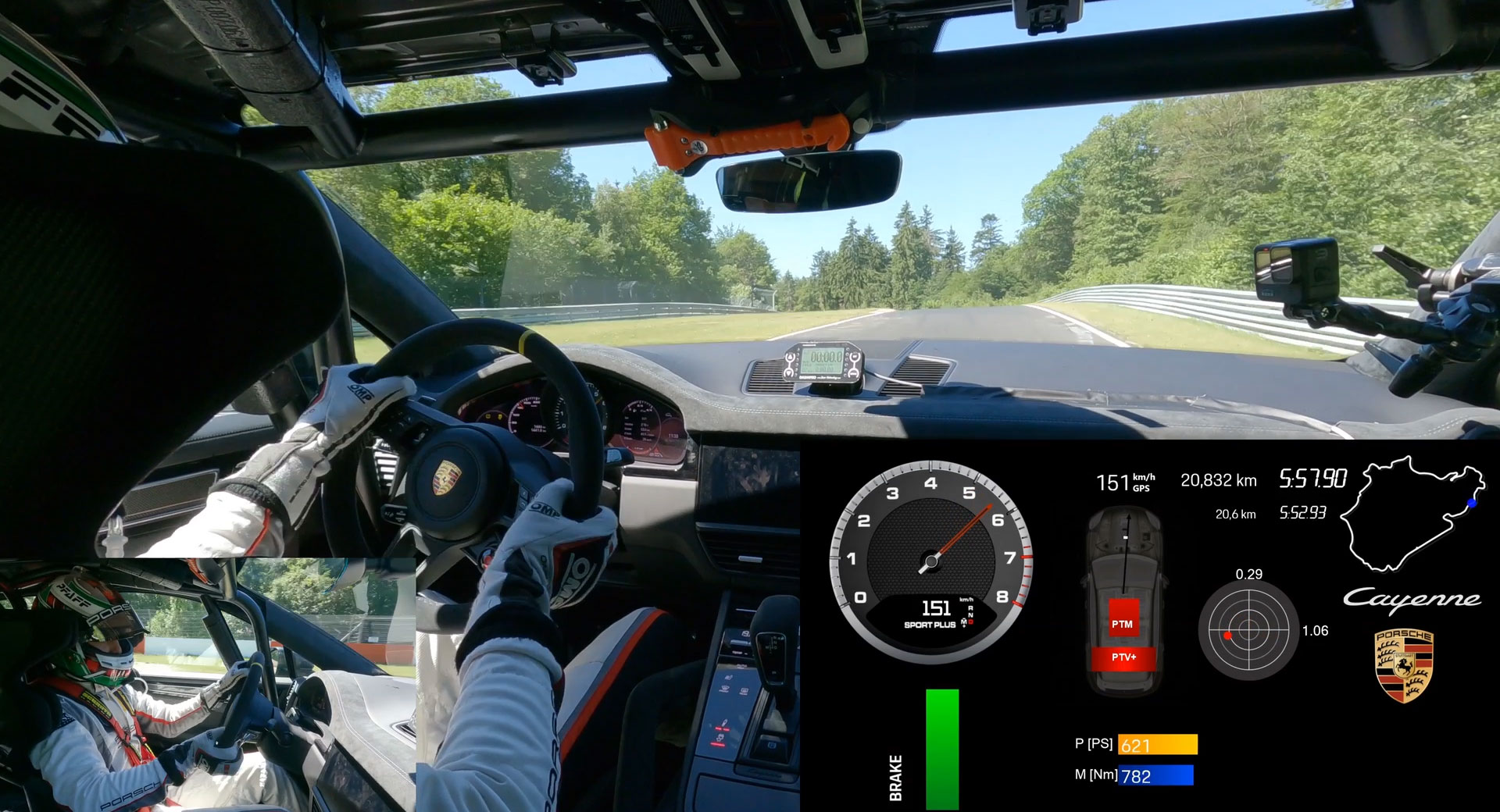 What a better way to start off your career than a world-beating record, which is what Porsche has achieved with its soon-to-be released, 2022 Porsche Cayenne series comprising of the standard-roof and coupe models.

On Wednesday, Porsche announced that a lightly camouflaged version of a new performance variant of the 2022 Cayenne Coupe piloted by factory driver Lars Kern lapped the Nürburgring Nordschleife in 7:38.925 smashing the previous record for SUVs held by sister-company Audi’s RS Q8 by four seconds. That time matches BMW’s current M5 F90 as well as the older Ferrari 458 Italia and Lexus LFA – all standing at 7:38.

Porsche hasn’t announced the name of the new trim yet, which is said to be offered exclusively on the facelifted Cayenne Coupe, but did reveal that it is based on the Turbo.

Read: The Porsche Cayenne Coupe Turbo Will Soon Get A Hotter 631 HP Variant

“Our record-breaking Cayenne is based on the Cayenne Turbo Coupé, though more systematically designed for maximum longitudinal and lateral dynamics,” said Stefan Weckbach, VP of the Cayenne product line. “Its record time on the Nordschleife confirms the dynamic capabilities of our new performance SUV. Furthermore, it’s a typical Cayenne all-rounder, providing a high degree of driving comfort and everyday utility.“

The only two modifications made to the record-setter compared to the production model were standard safety requirements – a racing seat and roll cage. Porsche said that the performance tires used for the record lap were 22-inch Pirelli P Zero Corsas that were specially developed for the new Cayenne model and will be fitted as standard.

Do we know anything else about this super Turbo model?