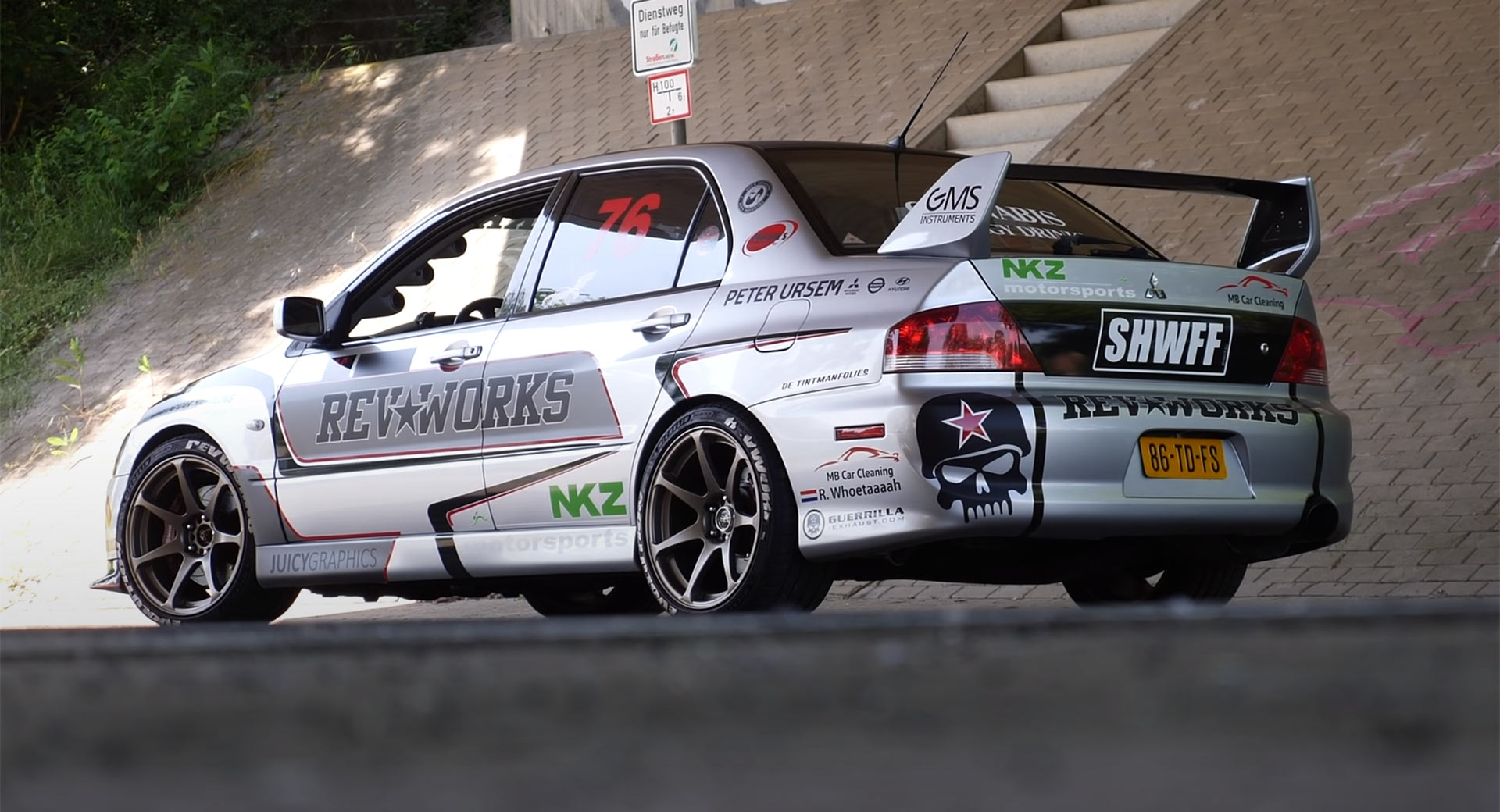 Japanese performance cars don’t come much more iconic than the Mitsubishi Lancer Evolution and this particular example in Europe is one of the most incredible you’ll come across.

Featured in this video from AutoTopNL, this Lancer Evo IX retains its original 4G63 four-cylinder turbocharged engine although its displacement has now been increased from 2.0- to 2.3-liters. The engine also benefits from a new bottom end, a forged crankshaft, and a huge turbocharger. Coupled to the engine is a new five-speed dog box transmission sending power through all four wheels.

Mitsubishi Lancer Evolution models of this era had a reputation of being difficult to get off the line at full speed many times without damaging the transmission but the owner of this car has no trouble putting the power to the ground, launching it from 0-62 mph (0-100 km/h) in a seriously impressive 3.15 seconds. It looks like an absolute animal to drive and also pops and bangs like only a modified Evo can.