With all the hubbub of the new Civic hatch being unveiled, and more news surrounding Honda’s popular model, far be it from us to break the momentum by not bringing you these: spy shots of what appears to be the upcoming Civic Type R.

It’s the first time that our spies have spotted the Type R testing on public roads since last year, and these latest images reveal a few differences. Starting at the rear, the teardrop shape is still masked, but thanks to the official unveiling of the standard hatchback, we have a better idea of how it’ll look.

Compared to last year’s images of the Type R prototype, we can see a less-disguised rear wing. Although it still looks more like a handle for a pull-along case, it appears to be toned down from the one on the outgoing model. And, with less camouflage, we can observe the bolt-on design with support struts. While it may be a stretch to say this could hint at adjustable aero element, it’s an intriguing departure from the previous model’s cleaner, one-piece design. And Honda did equip the S660 with an active spoiler earlier this year, so it makes us wonder if the new Civic Type R might get one as well. 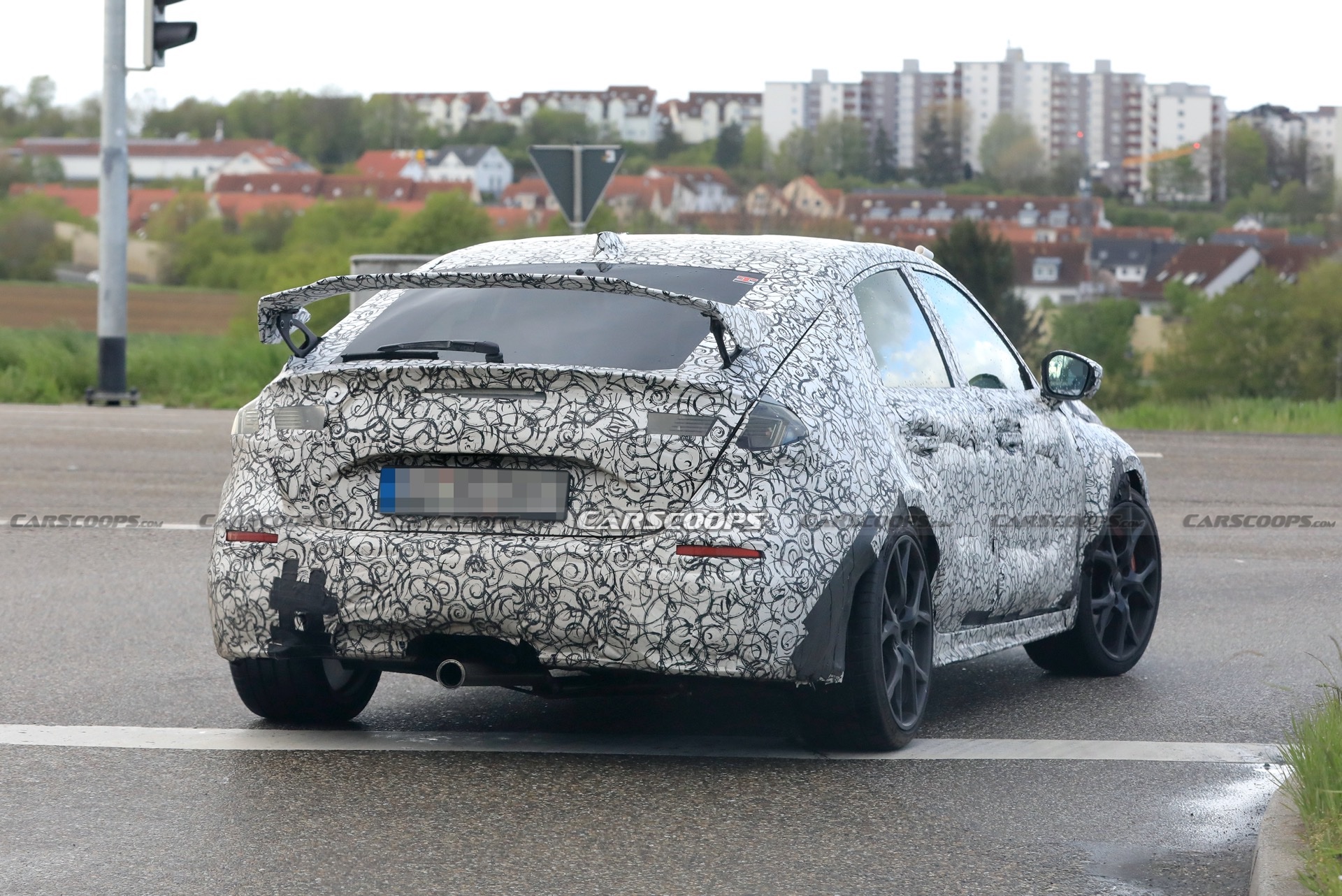 Moving down, we can see the rear lights in an array that will likely mimic the conventional hatchback’s. However, it’s the bumper and exhaust that catch our attention the most. The rear has a center cut-out that, visually, could fit three pipes as with the outgoing model, although this prototype sports only one.

However, overall, both the rear and front bumpers appear to be less aggressively styled, a common bugbear of most reviewers of the outgoing car, who weren’t as taken with the Type-R’s NFS Underground style body kit. However, there are still signs of vents on the front bumper, as well as a hood scoop for good measure.

What seems to be just as aggressive, too, is the track, with flared wheel arches and what appear to be vents exiting the front wheel arches. The wheels themselves are large, with the prototype shod in Michelin rubber, barely concealing a set of Brembo brakes. 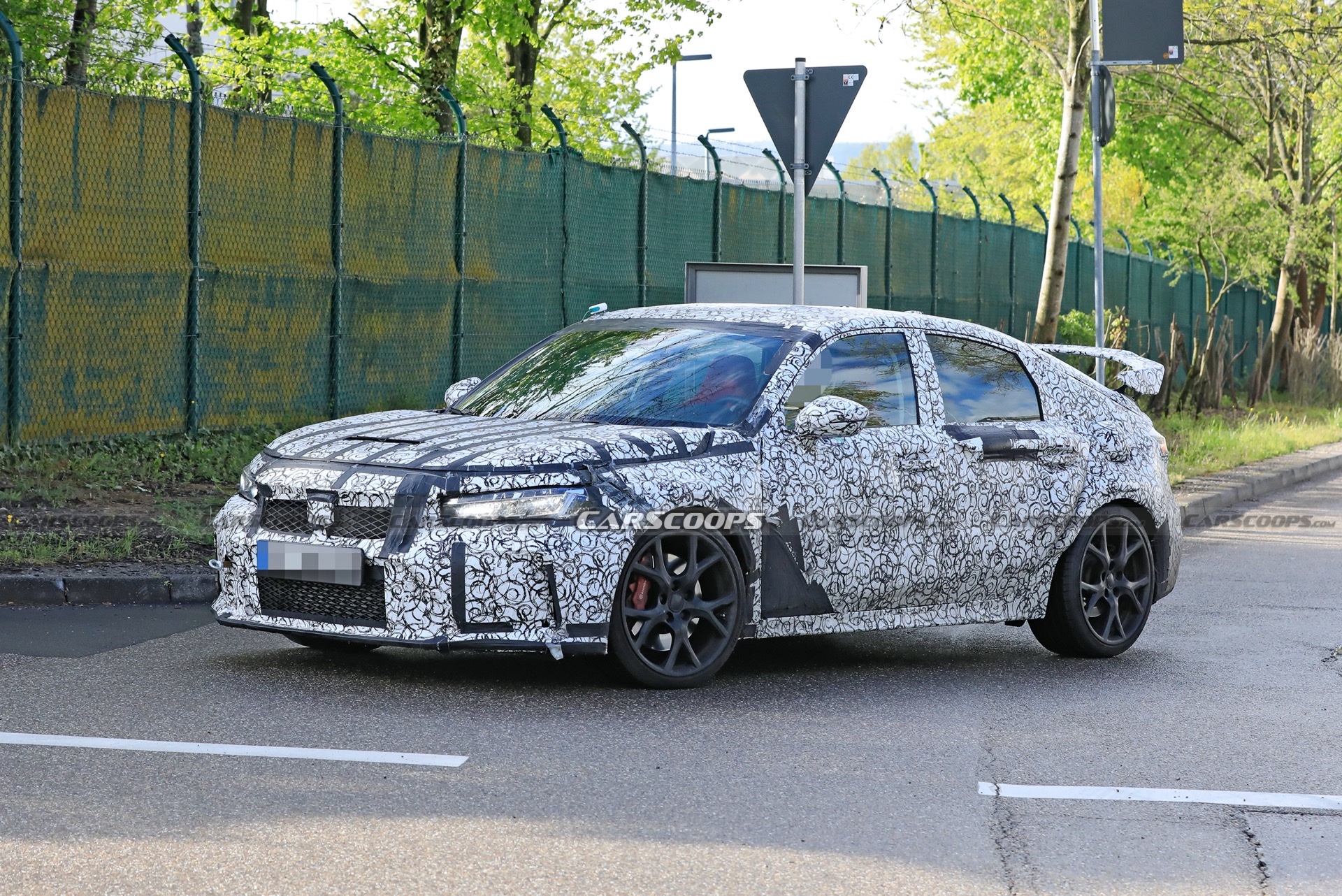 Details surrounding the future Type R’s powertrain are scant. While some early reports suggested it will switch to hybrid power, the most recent information is that Honda intends to retain the outgoing 2.0 engine with some tweaks. Honda officials have reportedly said that it would likely be the last gas-only performance model to go on sale. The Type R is likely to remain a manual-only car, too, while all-wheel drive would seemingly be off the table for this gen.

Finally, we should expect an official reveal sometime in 2022, along with a Civic Hybrid.