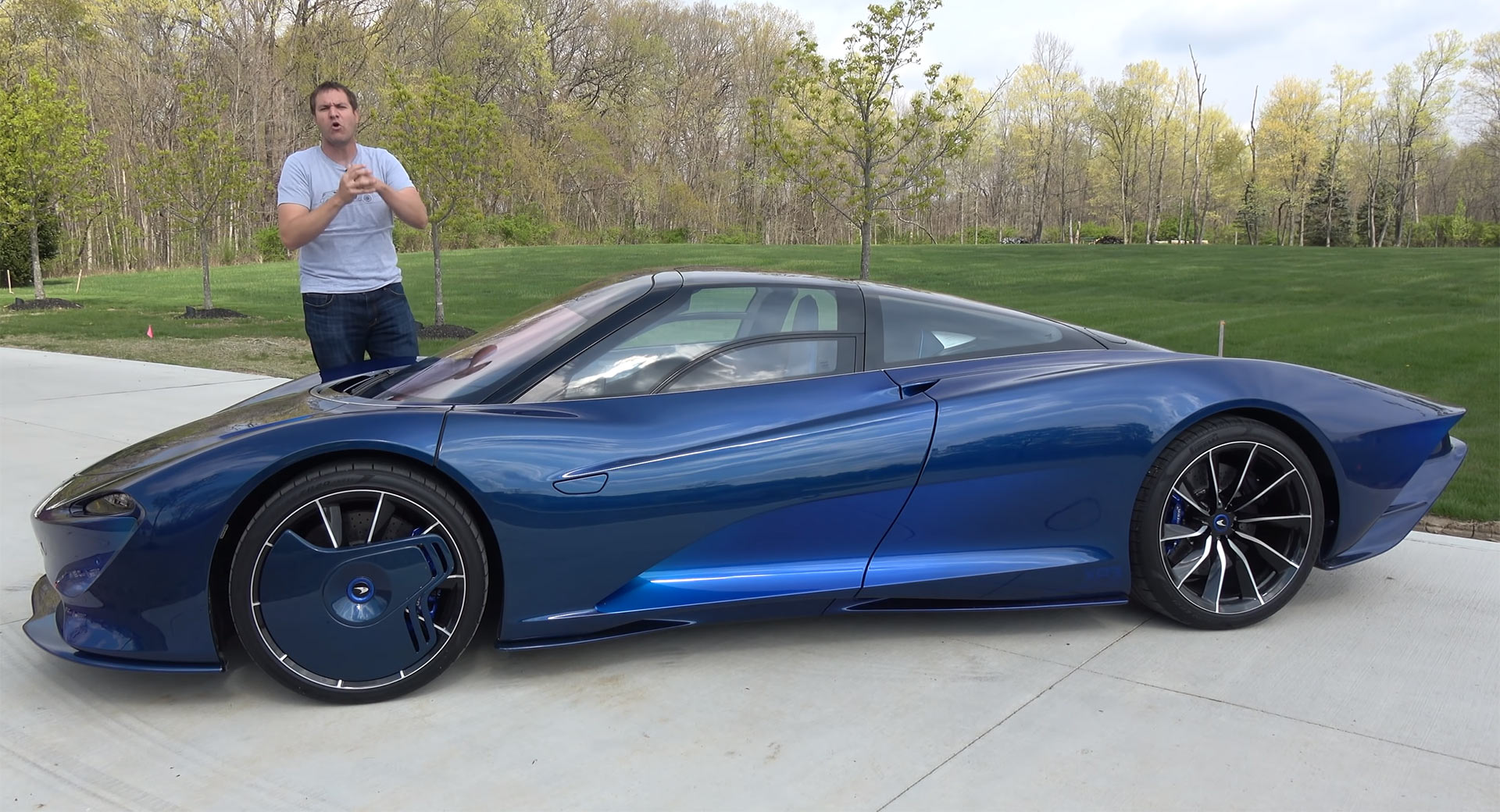 As just 106 examples of the Speedtail will be built, not that many people have had the opportunity to drive and review it. Recently, Doug DeMuro was given the opportunity to get an up close look at one before taking it out onto the street for a quick test drive.

The Speedtail featured in this video is part of The Triple F Collection, a family-owned collection of exotics in the U.S. that includes vehicles like the McLaren Speedtail, McLaren Sabre, Ferrari LaFerrari, Pagani Huayra BC, Bugatti Chiron, Koenigsegg Regera, Ferrari F40, Porsche Carrera GT, Porsche 918 Spyder, and many others. This Speedtail was imported to the U.S. under the ‘Show or Display’ exemption as it isn’t officially sold in the U.S., even though a third of the 106 have been sold to U.S. buyers.

Read Also: These Two Lightly Used McLaren Speedtails Will Each Cost You At Least $1.2 Million Over Sticker Price

The blue exterior finish of the car is absolutely gorgeous and the blue theme continues into the cabin with some areas of blue leather. Speaking of the cabin, it has some intriguing features, including an electrochromatic piece of glass at the top of the windshield that acts as an expensive alternative to sun visors.

In typical Doug DeMuro fashion, the driving portion of the video is very short but he does get a feel for just how tremendously fast the Speedtail is. Which is what you would expect, considering it pumps out 1,036 hp.