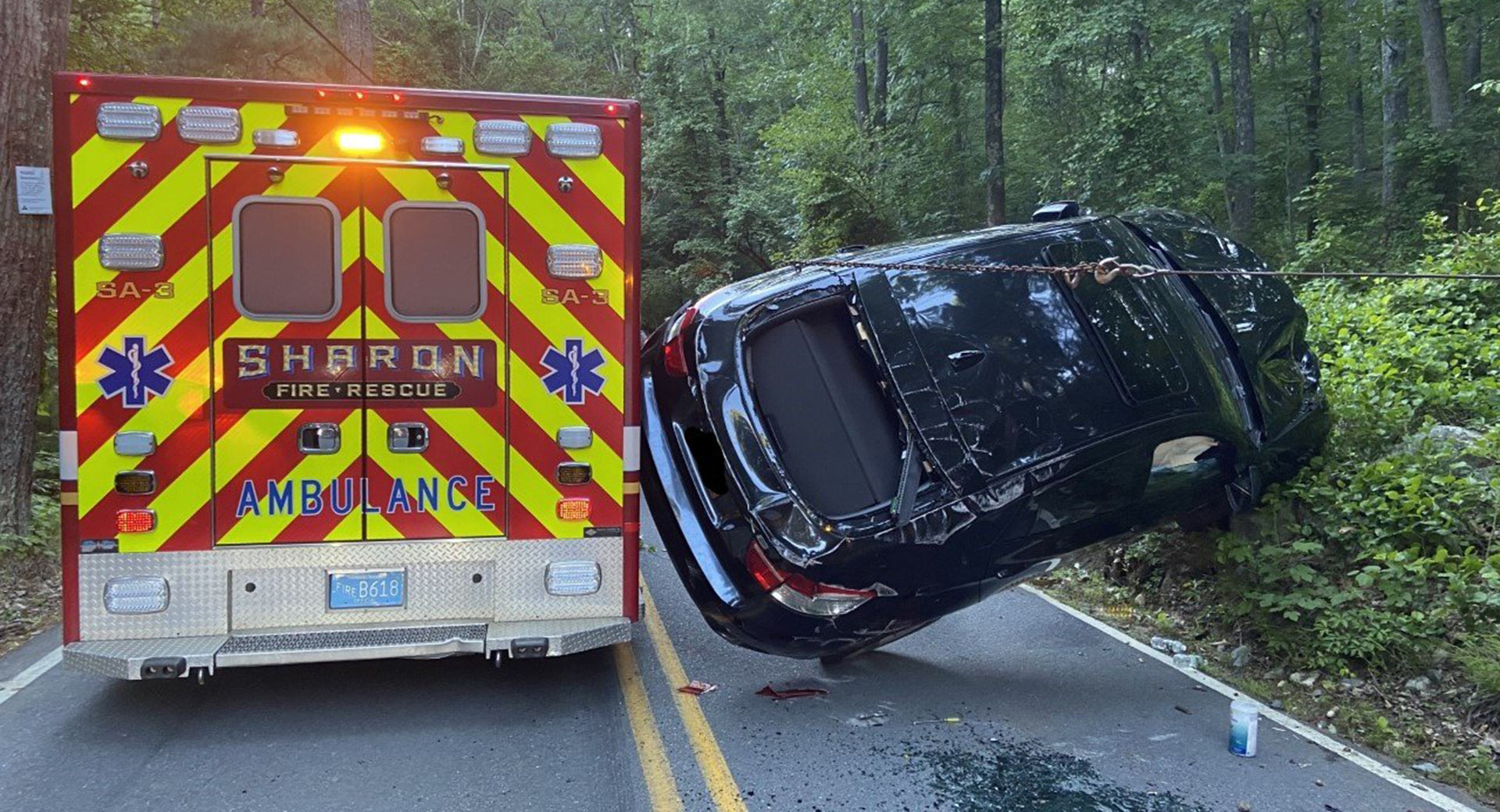 Crashing a car is always bad but we imagine crashing into an ambulance is even worse. This is exactly what happened earlier this week in the Massachusetts town of Sharon, not too far from Boston.

Authorities state that an ambulance was attending to a crash on a road in a wooden area of the town. Ordinarily, the presence of an ambulance on the road with its emergency lights flashing prompts drivers to pull over. Clearly, the driver of this black BMW X6 didn’t follow that rule.

Taking to Twitter, the Sharon Police state that the BMW driver attempted to overtake the ambulance but lost control of the SUV. Only a single image of the wreck was shared online, making it a little difficult to determine exactly what happened.

In this photo, the X6 can be seen jammed between the ambulance and a grass bank on the side of the road. However, it appears as though this photo was snapped while the X6 was being extracted by a tow truck, as evidenced by the chain that can be seen. It also appears likely that the X6 rolled onto its roof during the crash because its rear window was shattered and broken glass can be seen scattered across the road.

Police have filed charges of negligent operation of a motor vehicle against the driver of the BMW.

Dangerous work:
Recently a car overcompensated when passing an ambulance which was trying to assist someone in another mv crash. The result was a close call for paramedics and a police officer. Charges have been filed in court against the operator- negligent operation of a mv. pic.twitter.com/chiZN1kHAL