Porsche has taken the wraps off their latest addition to the Cayenne Coupe line-up, introducing the new 2022 Cayenne Turbo GT.

The Turbo GT seems to have dropped the “Coupe” from its official moniker, but rest assured it’s a trim level exclusive to the Cayenne Coupe. It’s also the ranger topper for the model, slotting in above both the Turbo and the S E-Hybrid.

The unveiling comes just a week ahead of the Cayenne Turbo GT’s first public outing, which will take place at the Goodwood Festival of Speed from the 8th–11th of July. The new car promises to be the fastest-ever production Cayenne and one of the fastest SUVs on offer.

Not The Most Powerful, But The Fastest

The bump in power isn’t down to a simple remap, as some may assume. Instead, Porsche has created their most potent eight-cylinder on offer today by revising the crankshaft, turbo, induction, and intercooler. The Turbo GT also features a lighter titanium exhaust system. 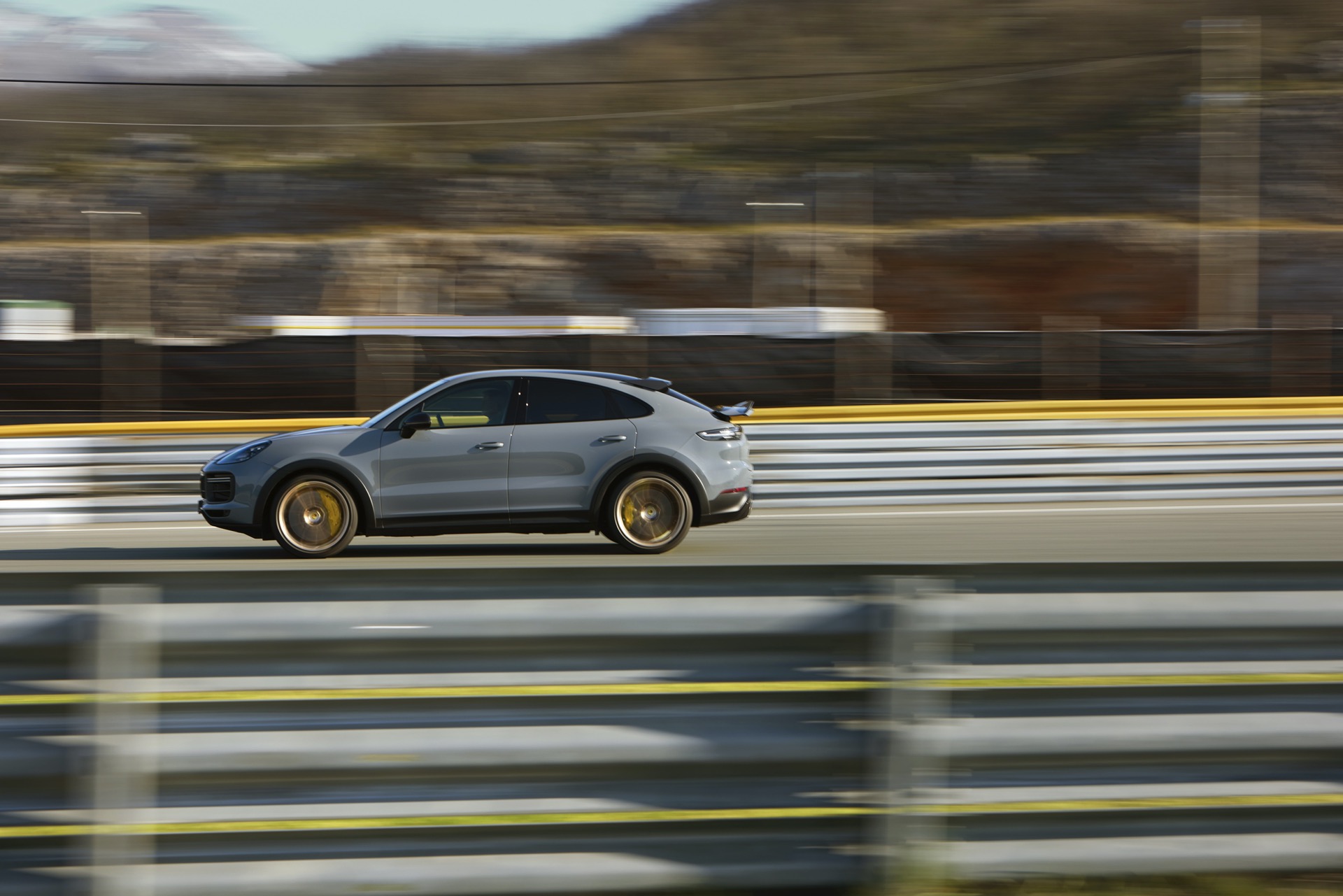 The engine is coupled to an eight-speed Tiptronic automatic transmission, with revised software for the all-wheel drive system and additional cooling. The result is a faster shifting ‘box, but presumably not as fast as what a PDK dual-clutch unit would achieve — something that Porsche has shied away from giving the Cayenne.

However, it’s not the most powerful of the Cayenne Coupe line-up. That accolade falls to the Cayenne S E-Hybrid Coupe, which outputs a combined total of 680 PS (670 hp). But the Turbo GT is faster than the heavier hybrid, with a 0-62 mph (0-100 km/h) time of just 3.3 seconds, compared to the 3.8 seconds of the E-Hybrid, and 3.9 seconds of the Turbo Coupe.

A Revised Chassis With Attention To Detail 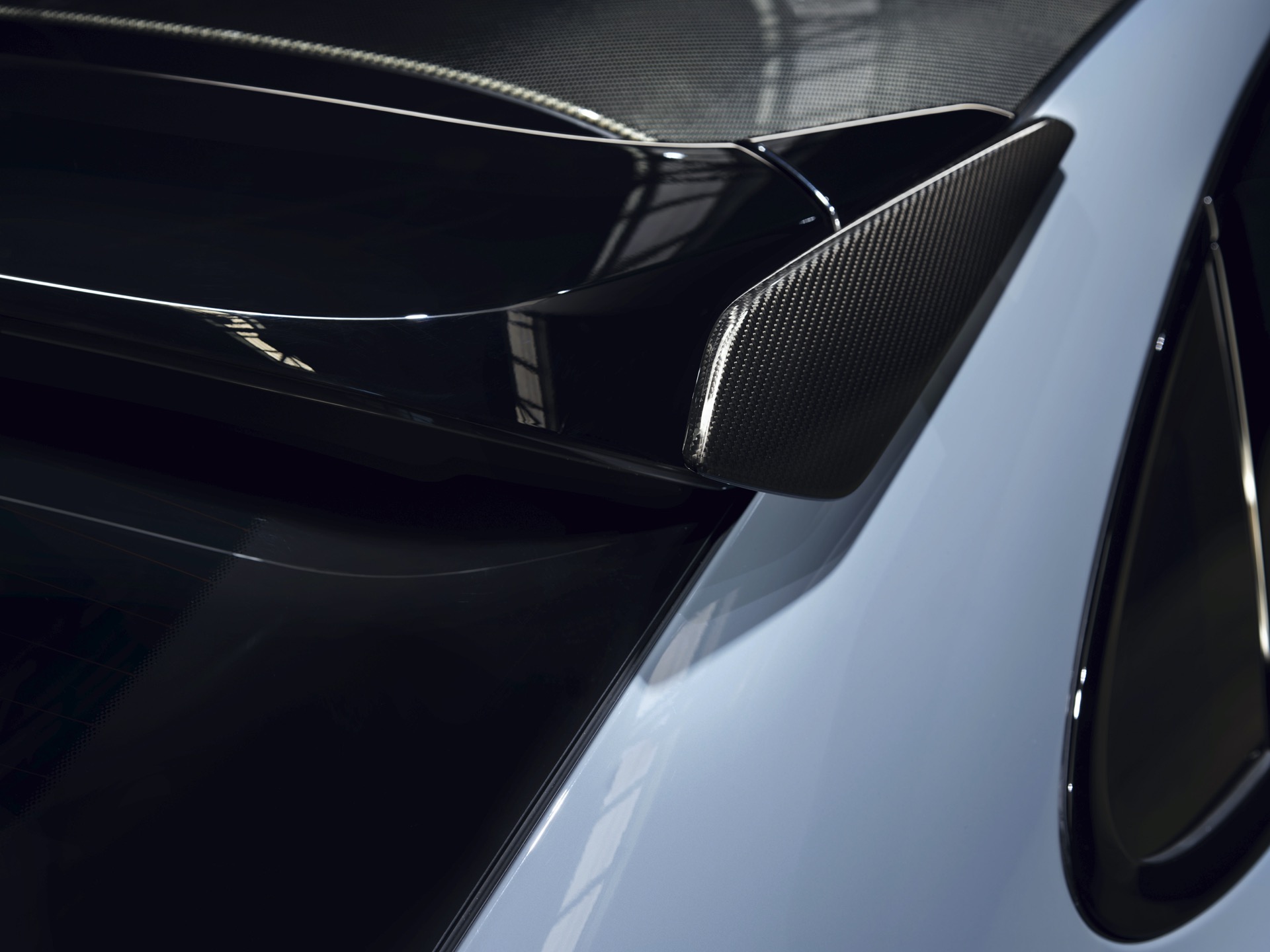 The Cayenne Turbo GT sits 17 mm lower than the Turbo Coupe, and Porsche says that each element of the chassis and active control systems have been given fine tuned specifically for this model.

The Cayenne Turbo GT rides on specially-designed rubber from Pirelli, while the air suspension is 15 percent more firm. Other systems that Porsche employs on the Cayenne have been fine-tuned for the Turbo GT, including the Active Suspension Management (PASM), Dynamic Chassis Control (PDCC), Power Steering Plus, and rear-axle steering.

The front wheels are an inch wider to aid handling, while negative camber has been added to the tune of 0.45 degrees. Also revised is the torque vectoring, with support for higher locking ratios.

The standard carbon composite brakes are said to be revised, although Porsche doesn’t go into specifics, merely stating that they feature increased stopping power, fade resistance, and reduced unsprung mass.

Upgrades To The Exterior, But No Facelift Yet

The new Turbo GT doesn’t introduce the Cayenne facelift, which we’ve been awaiting, but instead comes with a smattering of exterior upgrades. These include a GT-specific front end with larger cooling vents and a front spoiler. There’s also a new optionally available color seen in the pictured model called ‘Arctic Grey’.

See: Here’s What The Porsche Cayenne Facelift Will Look Like Thanks To These Renders

The roof is carbon fiber, and more carbon bits abound, with the side plates and lip fitted to the larger GT-specific rear spoiler said to increase downforce at speed by 40 kg.The rear diffuser is also made out of carbon fiber. 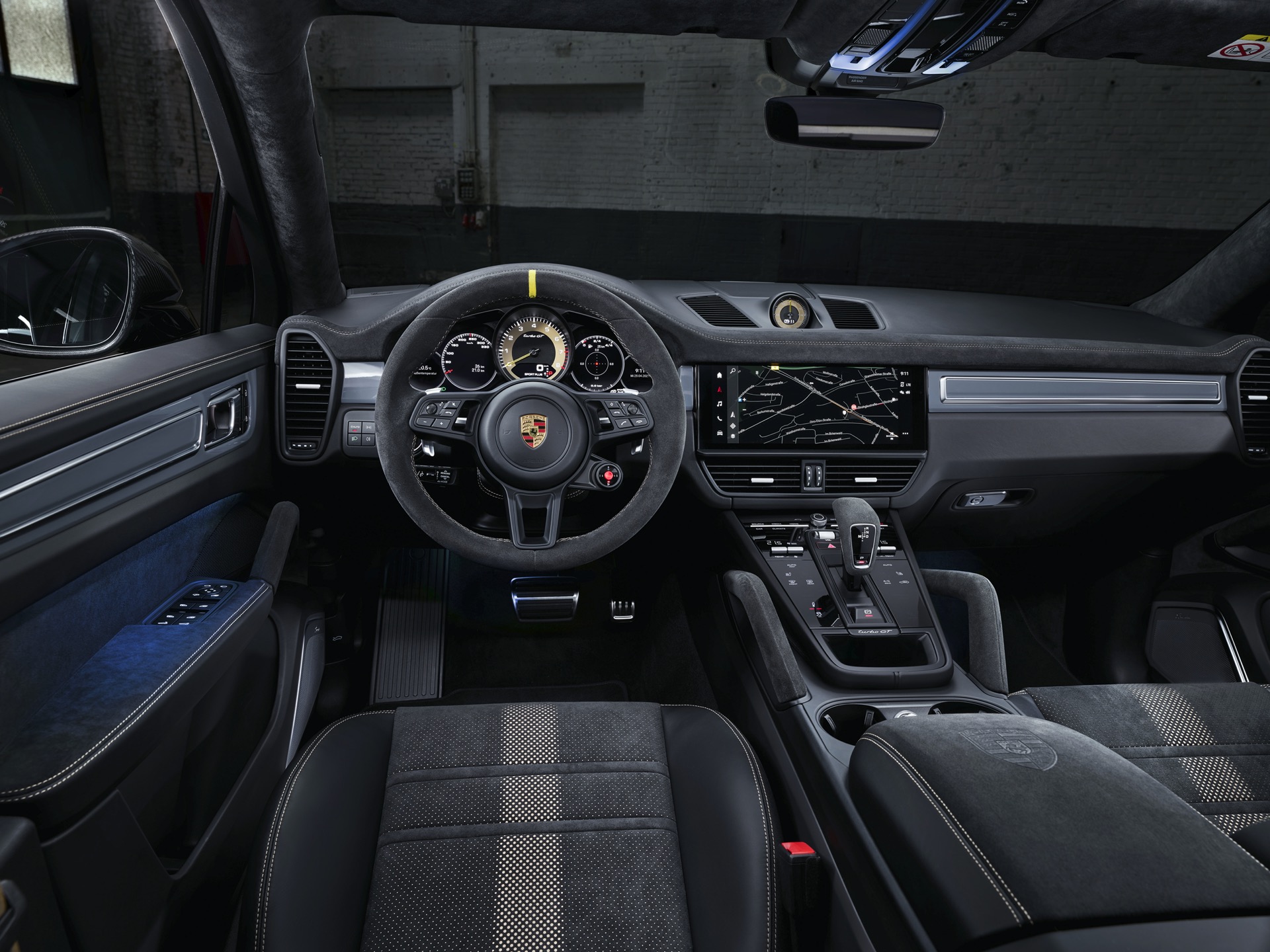