Police in Australia have fined the driver of a BMW 3-Series for doing almost double the speed limit on arguably the country’s most famous racetrack.

The Mount Panorama Circuit is located in the small town of Bathurst in New South Wales and each year, it hosts races like the Bathurst 1000 and Bathurst 12 Hour. While it may not look like it on TV, Mount Panorama is actually a street circuit meaning that, when it’s not used for races, it has a speed limit of 60 km/h (37 mph).

Over the weekend, police (in one of their fancy new BMW 5-Series patrol cars) were conducting mobile speed enforcement operations along the road when they nabbed the driver of a BMW 320i doing 119 km/h (74 mph) along one of the circuit’s straights.

Upon being pulled over, the driver said “I thought it was a racetrack.”

Police didn’t take too kindly to this excuse and issued the driver an infringement notice and a fine of AU$2,560 (US$1,930) for traveling at over 45 km/h above the speed limit. The driver was also hit with 6 demerit points, their license was suspended for six months on the spot, and the car’s registration plates were seized for three months. 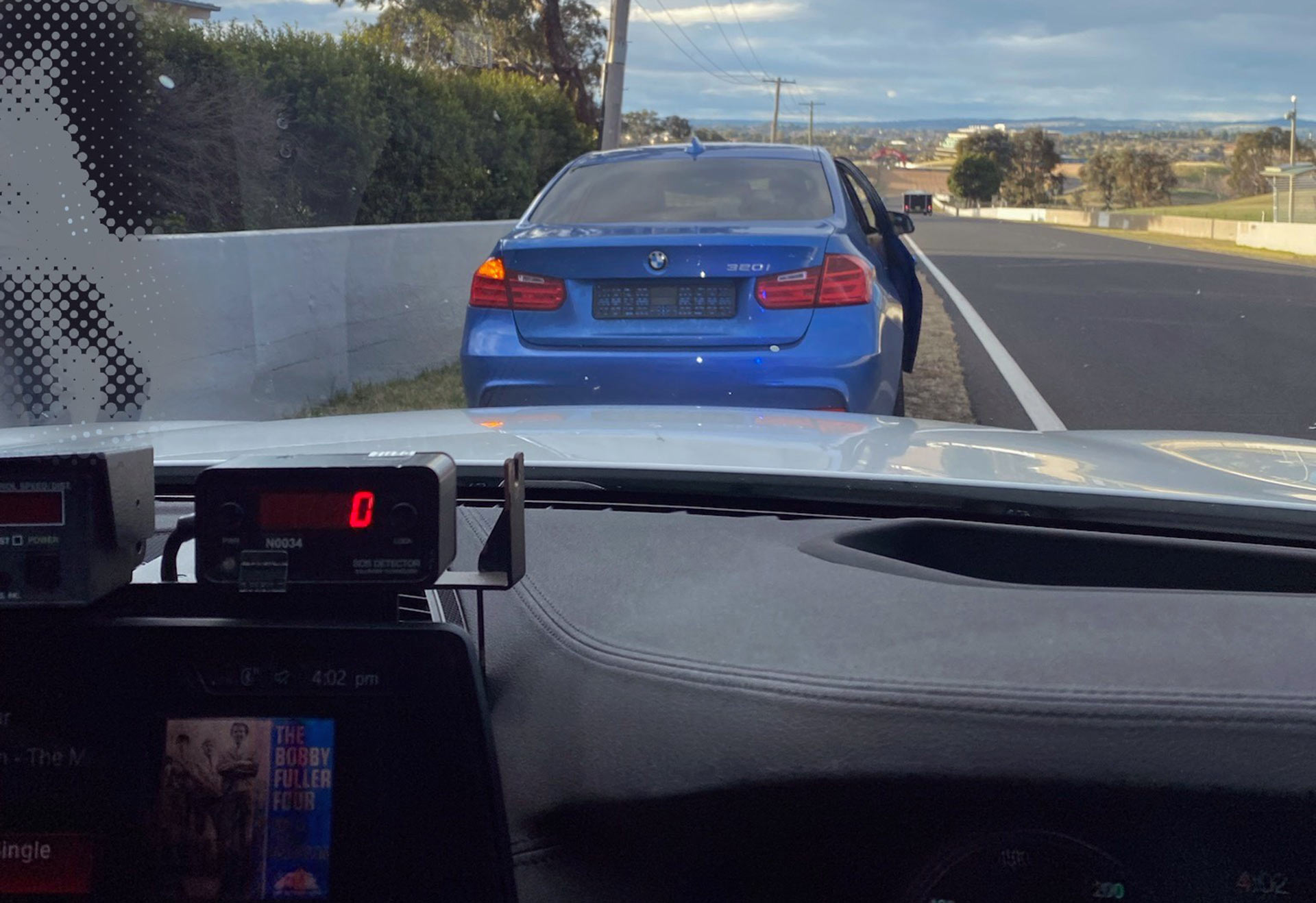