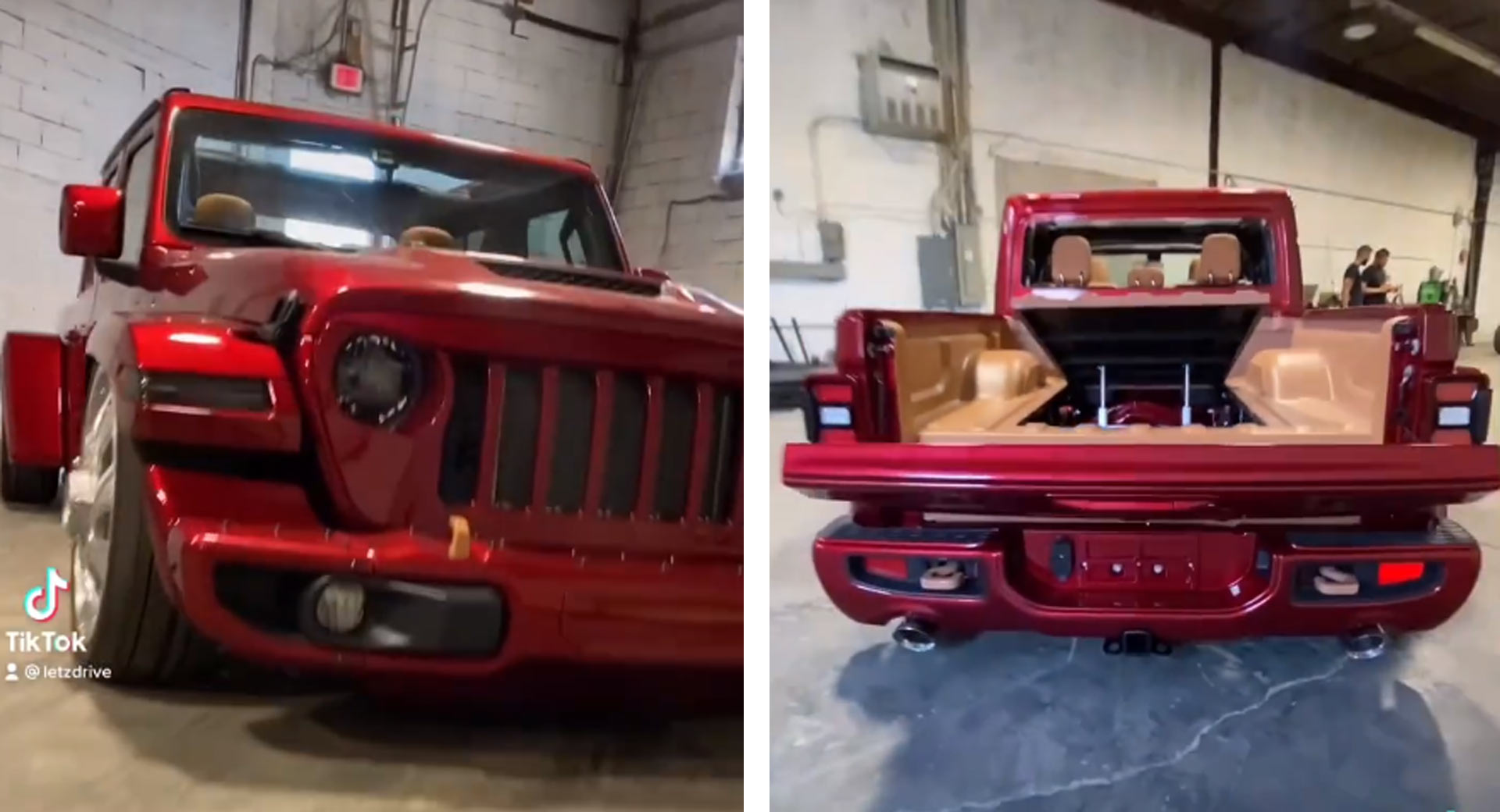 An insane Jeep Gladiator that has been slammed and extensively modified is heading to November’s SEMA show and you may be shocked to see how much work was needed to make it a reality.

This Gladiator has come to life thanks to Co-Up Auto Body in Ontario, Canada and started out life as a black, totally stock pickup truck. The first major modification involved removing the Jeep’s standard solid front axle and fitting an independent suspension system with air ride, meaning the ride height can be adjusted on the fly.

Things didn’t stop there as the standard rear end was also removed and replaced with the dually setup of a 2008 Ram 3500. Obviously, the truck isn’t quite as practical as it once was but the revised bed does catch the eye as it features a hinged floor that allows you to see the tanks for the air suspension, quad compressors, hardlines, and the painted rear suspension and axle.

Speaking of paint, the Jeep has been adorned in the same shade of Iconic Red as the Acura NSX.

Like any good build, work has also been done on the engine but rather than replacing the standard Pentastar 3.6-liter V6 with a big V8, Co-Up Auto Body instead decided to fit the standard V6 with a Magnuson supercharger that should increase grunt to around 425 hp.

The entire build of the Jeep Gladiator has been covered in a YouTube series with no less than 33 episodes.